Back into the swing of things.

I left my laptop at home. I initially thought this was a mistake, but I could deal with spam and comments fairly easily on a cellphone. Writing however, is a challenge. I prefer to work on mechanical keyboards with big screens. So, now that I am back. some things I read… apart from books.

Much of what is pleasurable has been ruined by the woke puritans. This should not be. We need our spaces, and we should not feel guilt about this. For example. I did have a haircut from someone skilled — a bloke. Agree with Adam here: barbershops rock, and they have supplies of beard oil.

There aren’t many normal people left these days, what with the vast competition of who can be the most conformist freak. Barbershops are a hinterland in this vast colossus of wretchedness where a man can enter and feel at peace. It is also one of the very few places where one can observe hipsters actually working for a living.

A barbershop should have the smell of hair tonic, bourbon and deep aged leather. Tobacco is also a nice additive to the mix of olfactory pleasures. There should be wood paneling and the barber chairs must be throwbacks to the 50s, when men were real men, women were real women, and small furry creatures from Alpha Centuri were small furry creatures from Alpha Centuri*.

In other words, a barbershop is a masculine space. There is no place for women there. Serious haircuts are the norm, whether you are 7 or 70. It is a wonderful place to bring young boys to get a proper haircut. 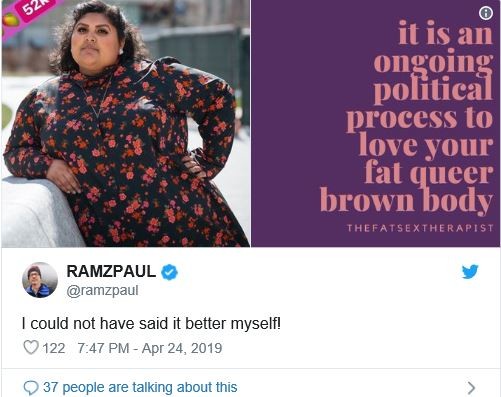 Our political process seems to be nothing but lies. Like Adam, I look at the news sites. Yesterday, I even bought a paper — I was conned by the headline. But there is nothing but opinions, and those are often faulty.

Back to the world. Kea, my beloved, got worried this week because I was staring out the window worrying overmuch. I moved away from the crowds a decade ago. We have moved into a small village — and are private within that. My kids are not moving back into the big towns. But I see the storm clouds arriving: the time of the globalist is ending, which unlike Kunstler, I don’t blame on peak oil, but peak corruption. The trouble with hegemonies is that their is no accountability. At least with an empire the Emperor had to continue to have the mandate of heaven.

What’s at stake behind all the pushing-and-shoving is the question of national sovereignty. Does it matter anymore? I suspect it will matter increasingly for everyone in many nations, and at a smaller and smaller scale of political divisions so that, for instance, Great Britain itself will be faced with surrendering its dominion over Scotland and Northern Ireland. This is churning in the zeitgeist now, actually has been for some time since the Soviet Union and Yugoslavia cracked up. Even the United States finds itself increasingly disunited and it’s not inconceivable that before the century ends some regions may go their own way. Texans have been talking it up for years, and California is already acting like she’s started divorce proceedings.

The social mood is changing, because the current woke are not merely ridiculous, but they are predatory. They would destroy the future of our children for their ideology, their perversions, or both. They want all to fall into their ideology: none shall be exempt.

And the turning will be horrible. This is what Kunstler misses — all parliaments and congresses now fear the people, for they worship the demonic influences of this age, instead of serving the people of the nations they were called to lead.

You can see the turning in the movement to older fashioned schools. This is from the USA: our woke government, hating competence, closed all our charter schools.

If diversity is a mindless exercise producing academic underachievement, is there something that really works. The answer, as reported here, is the experiment called Success Academies, directed by one Eva Moskowitz. Consistently, children at these schools outperform their peers. They compete favorably with children from wealthy suburbs. No one knows how many of them will win Nobel Prizes, but none of them will drop into the permanent underclass. It feels like a considerable achievement, one that was accomplished in schools that are largely minority. Now Robert Pondiscio has spent a year observing these schools. He has just written a book detailing how they work and why they work. The results speak for themselves. The reasons should not be surprising. Strict discipline, intolerance for bad behavior, active parental participation, school uniforms, decorum and propriety at all times,

Well, I have never been that decorous. I do worship with the Pentecostals, after all. However, I understand the need for this. Quoting Matt Briggs — who I will cover, particularly from ad hominem statements (another thing I routinely spam), who gets this right.

No (public) formal organization is necessary—or wanted. If we had something open and formal (and public), our enemies would use it to come after us. (Though small scale efforts like this school are fine and welcome.)

All we need is a truce among ourselves to keep personal disagreements out of the public eye. Arguing over obscure points is fine, but keep personalities out it.

And the points we love to fuss over are obscure. Good grief! We have a culture which believes two men can marry each other, that some women have penises, that killing the lives inside would-be mothers is great for the economy, that the economy is paramount, that we are slaves to our genes, that God Himself doesn’t exist, and that if He does He approves of sin.

Meanwhile we carp at each other over whether an altar boy tripping during an SSPX mass invalidates it (I saw that years ago on Eye of the Tiber). As important as that and many similar burning questions are, they all come in last in importance in our time.

We need a bit of policing for when tempers run hot, which they invariably will, given anybody who writes for the public routinely has to be part asshole part prima donna and part hysteric at least some of the time.

Leaderless organizations in this time are useful. Having elders and presbyters are needed, yes, but the world does not need to know who those people are. No leaders mean no people to destroy or dox. No leaders mean that the Chinese style social credit systems do not work. No leaders means that there is no committee to subvert, for the leadership are the guys shifting the chairs and sweeping the floors.