But we have not stopped power. We have not shut off the grid. Admittedly, most of our power is hydroelectric: but it gets windy and dry here, particularly in wine country. We still are able to keep the grid up. California, not so much.

The trouble is that you then have to inspect everything… and the slashdot comments are illuniationg. The American prelictiction for lawsuits means that you can’t build new power plants, nor clear trees from around lines, or (better) bury the lines. We do all of these things, because we know it gets dry and we don’t do stupid.

A Northern California blaze forced evacuation orders and warnings for nearly all of Sonoma County stretching to the coast, with forecasts of strong winds prompting officials to start cutting electricity for millions of people in an effort to prevent more fires.

Pacific Gas & Electric started shutting off power Saturday around 5 p.m. for an estimated 2.35 million people across 38 counties. About 90,000 residents were ordered to evacuate towns near the 40-square-mile (104-square-kilometer) fire.

Saturday night’s evacuation order encompassed a huge swath of wine country stretching from the inland community of Healdsburg west through the Russian River Valley and to Bodega Bay on the coast, Sonoma County Sheriff Mark Essick said. An even broader area was put under a warning for residents to get ready to leave at a moment’s notice.

WHile we are speaking of stupid… the encquriy on a bridge collapse (a couple of lears ago) points to incompetence and lack of supervision.

The school awarded the job to MCM, perhaps on the basis of a glossy brochure on how committed they were to diversity and inclusion, and MCM handed the bridge design work off to FIGG and didn’t bother to supervise them or make sure their calculations were sound. Nor did they think anything was wrong when FIGG started tensioning the bridge trusses over live traffic, which would have had me blowing whistles and waving red flags without knowing the first thing about bridges. Result: collapsed bridge and dead people.

Competence matters. So does local knowledge. From Adam: 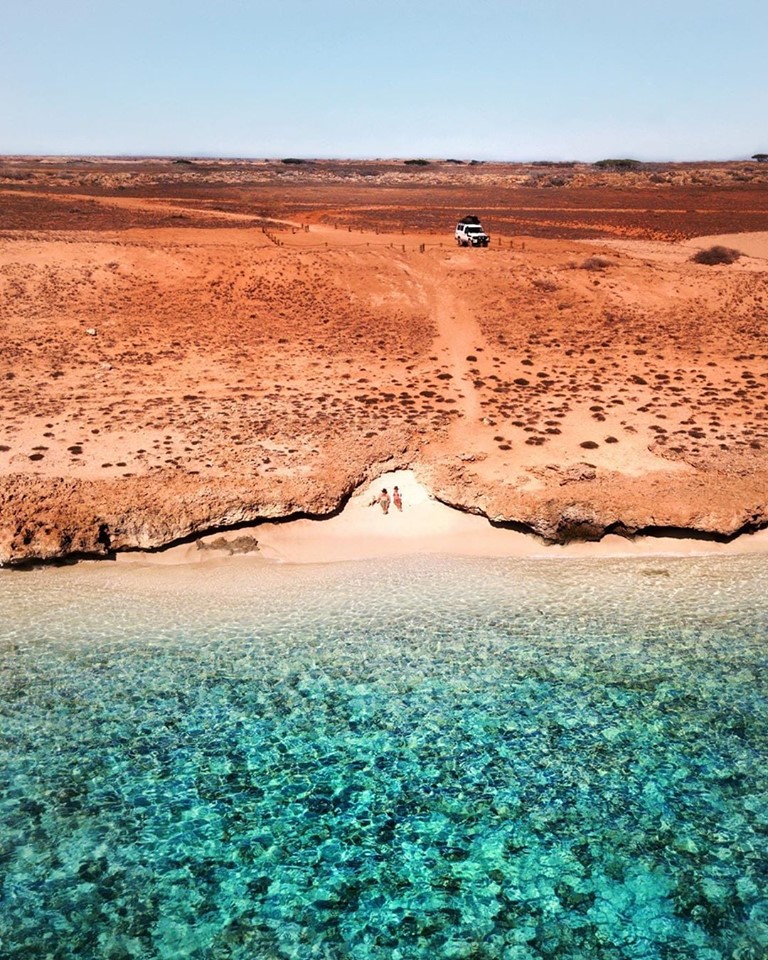 Here is a photo that I saw today on social media from some Australian tourist board. It depicts a section of the Western Australian coast up near Ningaloo Reef. If you look closely you can make out two people sunning themselves on the little cove.

Looks nice, doesn’t it? There are hundreds of comments from people in places like Finland declaring how wonderful it is and how they would so much love to be in Australian.

Well, I grew up in Western Australia. It is my home state and I have worked and traveled in many parts of it. Here is what I see when I look at this photo:

I see death. That area is infested with death adders and brown snakes. The coral is teeming with blue ringed octopus not to mention the sharks. There is not an inch of shade visible. They better have some water with them. What do they do if they walk back to their vehicle and it doesn’t start? No cell coverage out there. Do you walk or do you stay? No passing vehicles, it’s probably miles back to the main road. If it’s over 20 km then you will die walking before you get there. Minimum of two vehicles needed to go to these sorts of locations.

And I haven’t even begun to mention the flies. That spot looks absolutely awful to me, and I know what I’m looking at as opposed to all of the pasty white foreigners gushing at how beautiful it is.

I like my technology, but important things need to be on paper. Your new laptop needs juice, as does your electric bike or car. This comes from a complicated electrical grid that needs maintenance. It can and will go down.

You will need paper: a planner/journal, and reference books. The really important books — on gardening, house maintenance, cooking, training, theology, godliness and philosophy — we have in hardback as well as electronically. That includes fiction.

You will need to backup your important data offsite — including paper copies of important documents.

And if you live, really, really rurally, seriously consider going off grid completely. My Dad once had to pay 20 000 when you could build a good house for 60 000 to get connected to the grid. If the grid is run by greens, it’s better not to rely on their diverse engineering skills.