Over the weekend, the news broke. Google is taking over fitbit. I used to have a fitbit, but

So I switched to a Pebble HR, which worked — until Pebble was taken over by fitbit. Since then, we have generally not used smartwatches. I currently wear the cheapest reliable automatic watch there is: the Seiko 5. That shares data with… nothing. 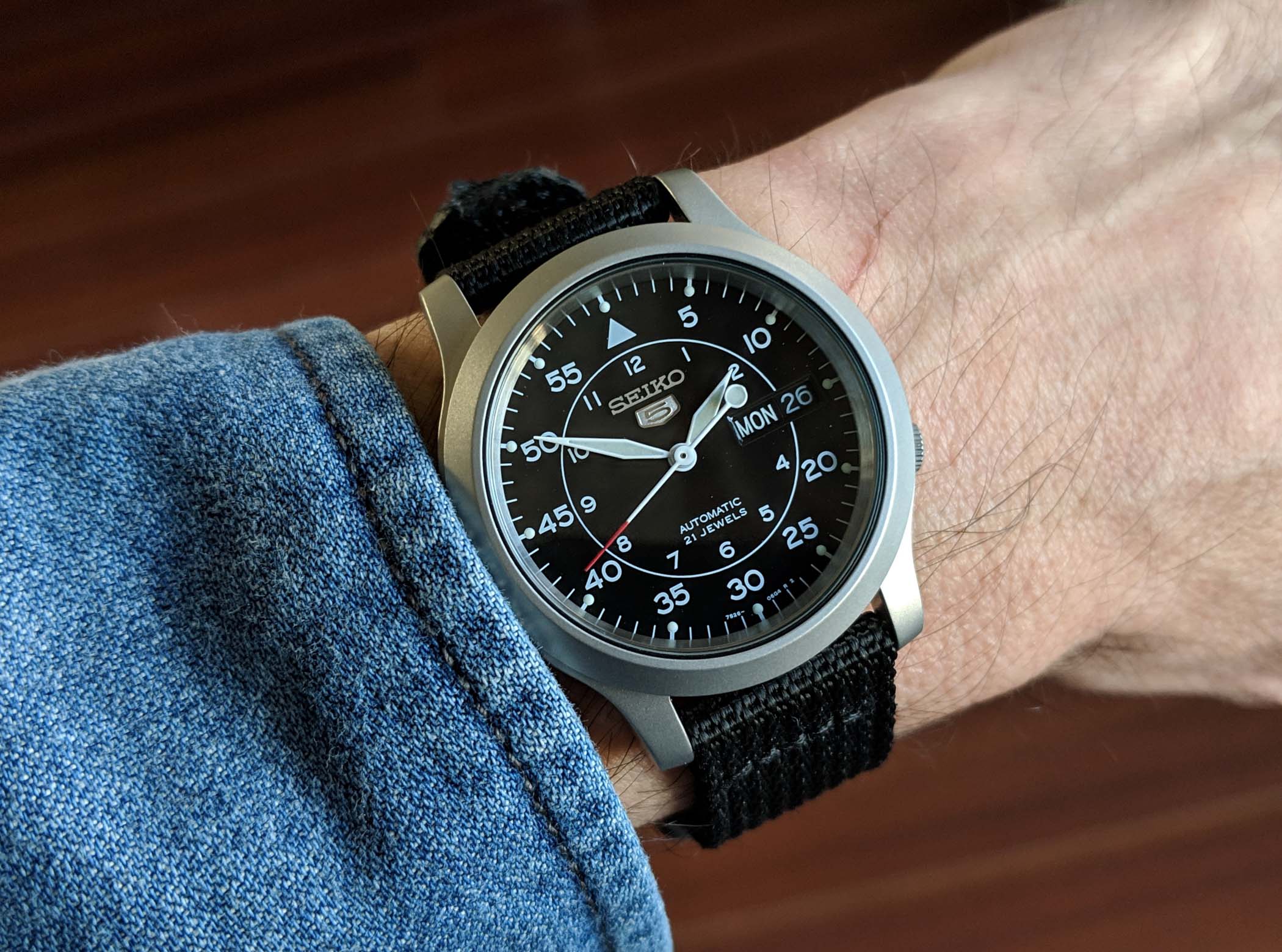 Google has struck a $2.1bn deal to buy fitness-tracking pioneer Fitbit, as the two Silicon Valley companies team up to take on Apple’s fast-growing wearable-tech business.

Fitbit is Google’s biggest acquisition in consumer electronics since it paid $3.2bn for smart home company Nest in 2014. The deal could put Google in the sights of antitrust authorities.

While Google’s cash offer represents a 19 per cent premium to Fitbit’s closing price on Thursday, it prices Fitbit at little more than half of the $4bn valuation at which it went public four years ago.

“Fitbit has been a true pioneer in the industry and has created terrific products, experiences and a vibrant community of users,” said Rick Osterloh, senior vice-president of devices and services at Google.

“We’re looking forward to working with the incredible talent at Fitbit, and bringing together the best hardware, software and AI to build wearables to help even more people around the world.”

The deal, which is conditional on shareholder and regulatory approval, will test Fitbit customers’ willingness to hand over their health and fitness data to Google. The two companies on Friday promised that Fitbit users’ data “will not be used for Google ads” and customers will be able to “review, move or delete their data”.

Yeah, right. I predict that the data will anonymised, bent, spindled, mutilated and turned into untested, proprietary algorithms.

Note that Apple are (probably) doing the same thing, but they are slightly less evil.

Aside from wearables, the extensive fitness data Fitbit has amassed could help Google compete in the healthcare market. DeepMind, an artificial intelligence company owned by Google’s parent company Alphabet, has invested in a number of healthcare projects, including using AI to detect kidney problems and prevent blindness in patients with diabetes. Alphabet also owns Verily, a company that focuses on studying the life sciences, which has researched disorders like PTSD.

In a press release, Fitbit said that it “will continue to put users in control of their data and will remain transparent about the data it collects and why. The company never sells personal information, and Fitbit health and wellness data will not be used for Google ads.” It’s not clear, however, whether that means Fitbit information is off limits for Google health projects, as well. “We aren’t commenting on specifics, but we take privacy and security very seriously. Fitbit will come under Google’s privacy policy,” a spokesperson for the company said in an email.

There is a fair amount of speculation.

But what to do?

It may be that the best thing to do with these mass data collecting devices is not use them. The Pinewatch is not here — but open source watches, like open source phones, are coming.

But a Seiko 5 will be still there, and still as reliable.

1. Adam Piggott’s comments are here.
2. Elspeth asked about the Samsung Smartwatches. Most reviewers really like them. A section is added on this.
3. I prefer NATO straps on my mechanical watches.
4. I really need to explore ruggedized phones — and wean myself off the Android system. Even though my phone runs ColorOS — it may be Oppo’s version, but it’s still connected to the Google mothership.

We wear Samsung Galaxy watches. Not sure where they fall in all of this, but I am suddenly compelled to do a bit of recon.

Thanks for the information, Weka.

Thanks E. I forgot the Samsung and other Tizen watches. They generally interact with their own apps (I link) particularly on Samsung phones. Huawei have a similar kind of watch which works well with their phones (and won’t be running Android either). Somewhere between the Wear OS phones and Apple. Generally, people here get them as a deal when they sign up for a top range phone on a three year contract — it is far cheaper to by a simpler phone and unlimited plan here.

Will have to think about updating — but I don’t think anything has changed for Samsung phones.

I bought a Fitbit about five years ago and after a month realized that there was absolutely no earthly reason why I needed it. I took it back under the store’s 90 day no questions asked return policy and have never even considered another. I also don’t have any devices monitoring my home. The only one that gets me is the Android phone and I try to keep it as minimized as possible. Unfortunately all the convenience features require that you tell Google where you so there’s that.

Kea really likes this and is in total agreement