This week in reaction.

The inherent tyranny of the Kiwi Left became very apparent this week. One of the people who attended the select committee about gun restrictions had a police raid. During dinner. With a four week old kid in the house.

Stuart Nash sold the gun grab as removing guns “designed purely for killing people” from the streets. Yet the very first gun sought in the jack-booted armed Police raid was a .22lr lever action bunny rifle.

Quite what possessed the Police to use a public submission to a select committee and then go after a lever-action rifle rather than a semi-auto rifle is beyond comprehension.

Perhaps they sought to make an example of a young man with a young family, the youngest being only four weeks old, as a way of putting fear into the gun community. That they chose to do it against a young man dreadfully slandered by media previously just makes this a political hit-job. That makes this situation a tragedy for law enforcement and democracy.

One can only imagine the briefings given to the 12 young Police assigned to assault this young family in their home at dinner-time. Imagine then the potential for disaster with Police officers tooled up for an armed confrontation. Imagine, if you will, what might happen if an assault like this on a household occurred with a person who may have been legitimately having a few ales at home. With 12 gung-ho, amped-up Police carrying firearms in a tense situation, there will always be the potential for a standoff or worse. One can also imagine the confusion in the minds of that same Police who discovered that contrary to their no doubt embellished briefing they found themselves confronting a gently-spoken family man with three young children. 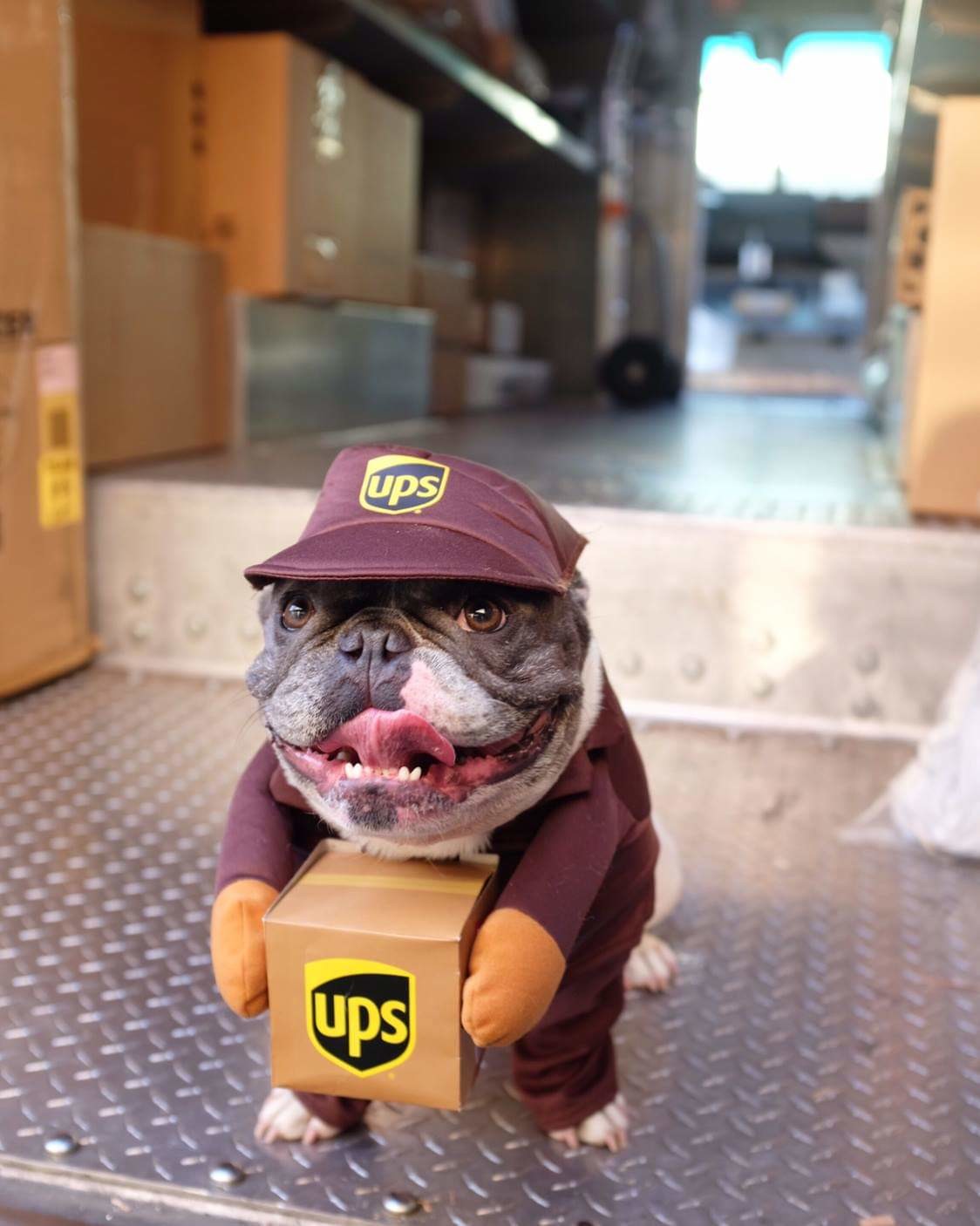 Needless to say, the man is called a right wing activist in the press. In the meantime, a senior policemna charged with breaking the same rules by possessing a .22 Ruger has his name suppression continued.

The rule of law has been weaponized. In a small country, this will backfire. Badly. The pushback has started.

No police record and no criminal convictions.

The reason for going to the trouble of getting a search warrant and sending twelve officers? A photo from a year ago that showed the young father with a lever action .22. A rabbit rifle.

Not an assault rifle, not threatening anyone, not militarised, just an ordinary everyday .22 that wasn’t illegal when the photo was taken. Gangs have openly said that they will not hand in their firearms, we have record drug busts at the borders, and we struggle to get police to attend to burglaries.

Yet somehow twelve armed officers are justified in searching through a law-abiding citizen’s house for a .22.

This is not good policing, this is not efficient use of resources, this is political puppetry of the police force and must stop. What is wrong with a simple phone call asking if he still had the firearm and if so why had he not handed it in?

Five minutes for one officer rather than one hour for Twelve.

New Conservative are alarmed that the police are being utilised politically as this person is a conservative blogger and there is no other reason to target him. Police are losing their hard-won respect with law-abiding New Zealanders when ordered to attend such cases, with not only the absolute waste of resources, but the clear abuse of power.

And some wonder why I wend anonymous. I disagree with David Seymour on many issues, but he has the courage to sand by his convictions. When you have the conservative right and the libertaarian liberals both protesting, something is very wrong.

“How did Police come to identify this person? Were his political views a factor? Was he identified by the fact that he made a submission on the new gun laws? If Police are politically targeting New Zealanders because they submitted to a select committee, the Police Minister’s position is untenable.

“Whatever happened to the Government’s goal of getting rid of semi-automatics? Police carried out this raid to search for a ‘bunny gun’ used to hunt rabbits. Why aren’t Police going after the gangs and criminals?

“ACT opposed the rushed Arms Amendment Act because we knew it would have unintended consequences. We’ve seen tens of thousands of guns go underground into the black market, a privacy breach, and now a dangerously misguided Police raid on a young family at dinner time over a bunny gun.

“This is why ACT consistently opposes giving more power to the government. Even if individual politicians mean well, the new powers are inevitably abused or have real-world consequences other than those that were intended.”

Graeme Edgeler points out the Police may be in trouble if they acted on the basis of a privileged select committee submission. They deny it was on the basis of that, but it seems hardly credible that it wasn’t.

This will be catnip for the New Conservatives. If they get half the 200K registered shooters, they will be in parliament. I expect David Seymour will be asking questions in Parliament. Kiwis don’t do fascism, and the last time the progressives went that way Helen Clarke (Labour PM) lost. Badly. Because they banned smacking kids, which is still on the books. Parents take note.

What else is going on? Sadly, the death toll from the White Island eruption is now eighteen, and there idea of running tours to the island is being questioned. Adam is working on his new book. The Wombat is getting his life back together. Roger Scrunton has died, and the world is a sadder place.

Other than John Stuart Mill, there is no philosopher whose works I have read more comprehensively than those of Roger Scruton who has now passed away. The book beside my bed right now is his How to be a Conservative. I was an early-on subscriber to The Salisbury Review (and still am, for that matter). He was both brave and articulate. The word “conservative” is an unfortunate necessity today since “liberal” has been absconded by the hard left who know nothing of what liberalism means. Roger Scruton does and one could only wish he had lived on to write more, but has left behind much of great value.

When I visited Sir Roger, he had just received word that the Polish government was going to honor him. He was so excited by it. Having been brutalized by the disgraceful scandal in which a sour little shit of a progressive journalist at New Statesman sandbagged him (the magazine was later forced to apologize), Sir Roger was thrilled by the support he was receiving from friends at home and abroad.

As we left, I told Laura that Sir Roger did not look well. He seemed tired, and struggled to focus. He found out in the next month that he had advanced cancer. And now he is gone, that dear man, who suffered much and served so well. Here is the last thing he wrote for The Spectator, published just before Christmas, looking back on his 2019.

During this year much was taken from me — my reputation, my standing as a public intellectual, my position in the Conservative movement, my peace of mind, my health. But much more was given back: by Douglas Murray’s generous defence, by the friends who rallied behind him, by the rheumatologist who saved my life and by the doctor to whose care I am now entrusted. Falling to the bottom in my own country, I have been raised to the top elsewhere, and looking back over the sequence of events I can only be glad that I have lived long enough to see this happen. Coming close to death you begin to know what life means, and what it means is gratitude.

Ave Atque Vale. For the rest of us, Scrunton was correct: Art is not the enemy of religion. False Art is: for it is nothing but a lie.

On a sadder note, a twitter mob drove a bloke to suicide. Twitter is a lethal form of social media, for the hate goes viral. There are no protected groups from the woke. Via David Farrar:

I thought the protest against the drag queens was very ill judged. You don’t disrupt an event with children present (whose families had decided to attend) as part of a political protest. It was quite legitimate to criticise the actions of those who took part, including Gavin.

But that backlash on social media from some was basically a virtual lynch mob, with many saying Wilson Gavin was homophobic etc, probably unaware he was openly gay himself. They called for his ostracism.

And he killed himself.

It should serve as a reminder (as should Charlotte Dawson) that social media pile ons occur to actual real people who have different levels of mental health.

The Aussie PM has been pilloried for having a Christmas Holiday and not embracing the climate change reasoning for the fires. he has bawed, and there will be a Royal Commission

Remember, despite the arrest of some 200 arsonists implicated in the Australian fires, the media insist that it is a “conspiracy theory” to doubt that “climate change” has caused this disaster. Those who call attention to facts that don’t fit the climate-change narrative are “exaggerating the role of arson in the ongoing bushfires . . . feeding a right-wing conspiracy theory,” we are told by activist Ketan Joshi. Arson is “a moot point, anyway,” he tells us, because “climate change makes fire spread quicker and through a larger area, rather than igniting blazes.” But his argument begins by embedding an assumption (“climate change” is to blame) as its first premise, so that if drafted as a syllogism, this is what Joshi is saying:
A. Climate change makes wildfires worse;
B. There are wildfires in Australia;
ergo
C: The wildfires in Australia were made worse by climate change.
This is a tautology, rather than an actual argument. And if you are familiar with the myth-making machinery of “climate change,” you will not be surprised to learn that when MSNBC needed an “expert” to explain the Australian wildfires, their guest was Michael “Hockey Stick” Mann, who will sue you if you suggest he’s engaged in massive fraud.

The Red Pill is a myth

The issue is not wanting a younger partner (male>female) or a more powerful, better one (female>male). It is not our weaknesses. It is pride: for we celebrate our sins and weaknesses instead of repenting of the vanities of this world and the works of the flesh.

Real Christian ladies are humble, they understand their failings. The bible states that all are fallen, and prescribes certain attitudes and behaviors (in general and for each sex) to compensate for such. What why were, and how they should act greatly affected their lives, often manifesting itself in not doing behavior that they would regret later.

Let us now consider the secular/feminist perspective. First of all, there is no humility. As such, one might as well throw caution to the wind. They are smart, awesome and the like. All of their behaviors are great. One might quickly guess where such thoughts lead, but apparently many people who tell us that they are smart can not. Short answer — overconfidence almost always leads to bad outcomes.

They are basically assuming that they can get a coalition next election without rural NZ on the green/woke and Labour vote. Our National party is cucked, and so they might.

It will get worse, agreed.

On the gun grab – good lord, what did everyone think was going to happen? Flowers and candies and high fives and cocktails? This 12 man police raid on a young family during dinner was on the cards from the beginning. And they have more cards ready to play.