What’s happening? Our news has become tabloid, and the newspeople are less competent, or less funded: the main news failed one night. Missed here: we are not watching.

One of the books I picked up on the holiday was about a man who has given up reading the news. He does not listen to the radio news. Nor watch the TV. We had to swap out TV down to Kea’s business, because she needed an accurate screen. The monitor we were using is not a smart TV, and since there is no analogue broadcast TV signal in NZ we are now without such. And we are not missing it

In the past few decades, the fortunate among us have recognised the hazards of living with an overabundance of food (obesity, diabetes) and have started to change our diets. But most of us do not yet understand that news is to the mind what sugar is to the body. News is easy to digest. The media feeds us small bites of trivial matter, tidbits that don’t really concern our lives and don’t require thinking. That’s why we experience almost no saturation. Unlike reading books and long magazine articles (which require thinking), we can swallow limitless quantities of news flashes, which are bright-coloured candies for the mind. Today, we have reached the same point in relation to information that we faced 20 years ago in regard to food. We are beginning to recognise how toxic news can be.

I get enough links to get wrath up: I tend towards that deadly sin rather than acedia and anomie.

Adam reflects that his marriage lacked God, and without God it could not be preserved. Go and read that one, and then Roosh’s Testimony. As Adam notes, he has unpublished a fair amount of his early work due to the immorality he proposed, cutting his income considerably, and increasing profoundly my respect of the man.

So what else has happened — apart from the start of the holiday posts?

The Corona virus numbers are probably being gamed, and it seems to be spreading. 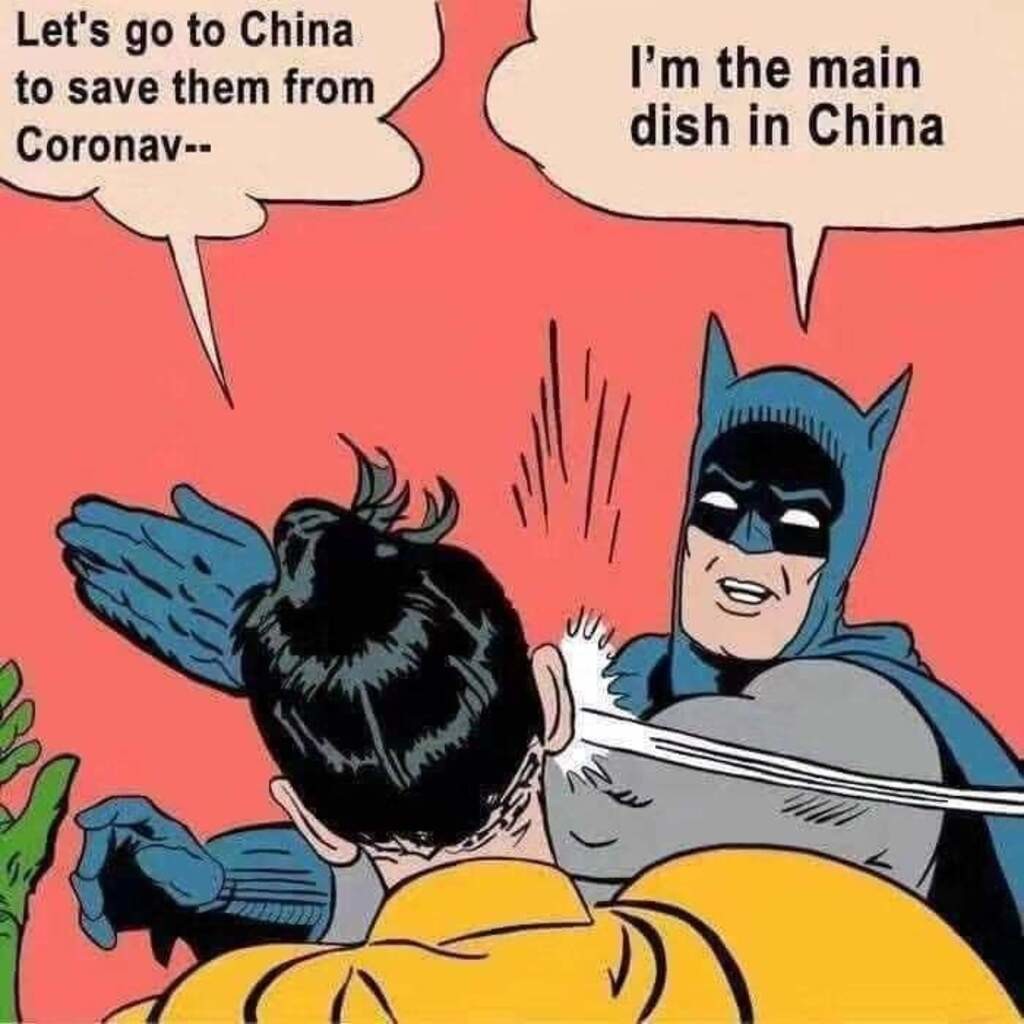 Over in the USA, the owner of Bloomberg thinks he can beat the current bunch of candidates if he levers his fortune. And aligns with the Clintons. because polling. Not that wise to go up against the Trump train, and not that wise to align with a family that keeps scores by the bodies they leave behind. Besides, Epstein did not kill himself.

That’s remarkable. I mean, I know Mini-Mike is amoral, evil, and short, but he never struck me as being particularly suicidal. This would appear to indicate that either Bloomberg has terminal cancer or he knows he can’t possibly win.
Vox Popoli

The Woke are Broke

The Boy Scouts in the USA are asking for Chapter 11 bankruptcy, apparently because of historical sexual abuse: the issue is that the organization did not do enough to protect the boys from predators. As Mundabor says, this will allow the recievers to sell down the assets and reorganize Scouts into a skin suit, dealing with anything but being straight, honorable, and strong.

The Gay Scouts are desperate. Desperate people with no faith do desperate, stupid things. It really is amusing to see how dumb they are.

Keep your boys away from the Gay Scouts. There’s nothing good left in them.

I have not been posting on the Ladysphere in the last few weeks, and I owe the Ladies an apology. They are doing good work, and building a life that is more sustainable than the woke are. And the woke have found them, so we should support them.

No one wants the degenerate hellscape of modernity but the woke.

Perhaps the funniest thing about all this hysteria is the fact that ‘trad wives’ is largely just a meme on Twitter.

However, there does exist a tiny minority of people living in the west who want to embrace more traditional faith-based gender roles in order to escape the degenerate hellscape of modernity that has contributed to record high depression and suicide rates amongst young people.

And for that, they are demonized on a par with actual terrorists.

The media hates you.

These women struggle. They have kids, and kids mean heartache: they have husbands, and that means heartache, and they have parents and sisters and brothers and church elders that at times do not get what they are doing and why. When it all boils down to obedience to Christ, not necessarily the health and wealth and prosperity that is preached. We will be glorious and healed. But perhaps not here, not yet.

I’m very good at beating myself up. I’ve been waiting for some stuff to come down the pike for years. Even as I see things lining up (finally!) the duration *still sucks*. And I was blaming myself for a lack of faith.

But it’s NOT a lack of faith. It’s a plain statement that walking through the distance from point A to point B is not fun. It’s that feeling you get that the workout will NEVER end, and that you’re not going to finish this mile. You *know* you can run a mile, and you’re not planning on quitting, but you’re at the end of your strength and it sucks and you don’t want to be in this moment…

It is hard enough for these women to preach to their sisters in Christ. Secular women are probably in the too hard basket. For unless you submit to Christ first, you are unable to understand why the apostles gave advice against our weaknesses. Instead, you will believe the lies of this time, despite them being mad.

This weeks “go and read the entire thing” comes from the Cat, in which the causes of this year’s fire are demonstrably the same as similar fires in 1939 and 1851.

The only thing the SloMo Royal Commission will prove is that we have learnt nothing in 80 years and instead are endangering lives and property (public and private) on an eco-cult that would prefer nature destroy the forest in order to preserve it.

A perfect analogy to the policy preferences of the Liberal Party.

But our local leftists are just as stupid, and this could flow onto the New Conservatives. The local plods are patrolling Facebook and talking to anyone who insults Allah — another reason this blog is anonymous and not hosted in NZ. This will backfire, and experienced leftists know it.

Those in the Prime Minister’s professional and personal entourages will be adamant in their insistence that being seen to move against hate speech is not only the right thing to do, but that it will also reap Labour a rich harvest of votes – not least from New Zealand’s 57,000 Muslims. The brutal question which must be asked, however, is whether or not winning the support of the 1 percent of New Zealanders who subscribe to the Muslim faith can sensibly be counted as an unqualified addition to Labour’s overall Party Vote; or whether it will be more than offset by the defection of those New Zealanders opposed to Labour’s restriction of free speech? The next, equally brutal question is: “Where will those votes go?”

The obvious, and worrying, answer is: “They will go to the Right.”

It is one of the greatest tragedies of contemporary “left-wing” politics: that its practitioners have allowed themselves to become identified, irretrievably, with the suppression of free speech. Most particularly, with the suppression of the free speech of persons identified as “right wing”, or, more ludicrously, as “Nazis” and “fascists”. Worse still, they have secured this “de-platforming” by threatening to unleash violence and disorder if these individuals are permitted to speak. They have thus supplied local government, university and corporate leaders with the “health and safety” justification for shutting these speakers down. Free speech advocates refer to this tactic as “The Thug’s Veto”.

Little’s reaffirmed commitment to introducing legislation aimed at curbing hate speech will, therefore, be received by right-wing New Zealanders as a direct assault upon their personal liberties. Labour and its Green allies will be accused of using the power of the state to demonise and silence their political opponents.

The Right will not take this lying down.

It is, however, doubtful whether Little has given much thought to what making bitter enemies of the entire Right might lead to. While National and Act – especially Act – will be content to fight the issue at the level of abstract principle, those further along the right-wing spectrum will not hesitate to link Little’s hate speech legislation with those it is intended to protect. The very white supremacists the Left has vowed to extirpate will present Little’s laws as proof positive of the Labour/Greens’ surrender to the demands of multiculturalism in general – and of Islam in particular. Such linkages can only pose a grave threat to the safety of all New Zealand’s immigrant communities. The very ugliness that hate speech laws are intended to hide will be even more openly and defiantly displayed.

And this, sadly, is the problem which the advocates of hate speech legislation all fail to appreciate. That people cannot be forced into abandoning their erroneous, hurtful and/or dangerous opinions. They can only be argued out of them.

I used to listen to Bomber Bradbury when I was an undergraduate. I dislike his politics, but he gets it. The woke are going to destroy Labour, and that is the best alternative: Bombers Labour to his last corpuscle and is therefore horrified — I would rather the votes do not go that libertarian death cult called ACT, but to a nationalist party. That would be a better outcome.

Nothing is going to make swinging voters recoil in horror quite like thinking the pious micro-aggression policing woke activists they see in their social media feed could be judge, jury and executioner of their free speech.

We just handed ACT all the ammunition they could possibly want with this stupid bloody decision. They could get 4% on this.

I fear now the only way to stop a National-ACT Government is a sustained campaign to get Labour, Green and NZ First voters in Epsom to all vote for Paul Goldsmith and stop ACT from having an electorate seat to coat tail in on.

Billy T James was a comic genius, and particularly enjoyed mocking the English.
Being Maori.

We all need some humour. That’s enough. There have been a couple of extra posts this week. Limiting your exposure to local propaganda (known as the broadcast news) seems to help.

Thanks for the link, Chris. It’s odd, but Real Human People don’t mind my submission to my husband or living my life – they are sometimes offput by my insistence about talking about God, but they get over it. Maybe because my community is fine with the weird? I don’t do much with my Twitter account, it just rebroadcasts my blogs.

I had the chat with God a long long time ago about most of my RL friends being pagan or secular – He allows me very few Christian friends. So, yes. I mentor at church. I have teenage children. I live my life – and talk about my faith, because that’s intrinsically part of my life – with my friends, including the ones who think I’m lolo in the coconut. And they know I submit to my husband and … they don’t care. “I wouldn’t but you do you”. Well, I’ll do things as close to God’s way as I can, and … I will also reap the rewards, kthx. Maybe in 10 years or 20, they will start listening to the Crazy Christian Lady?