This is the new Kindness.

It appears that George Pell thinks the same way I do. He has retreated to a monastery. Good on him. But shame on the left, who are ragequitting because the Victorian Justice System has been shown to be populated by Kangaroos. And no, the Catholic Church has never approved of incest or paedophilia.

We have been told to be Kind, to be patient, to comply. Or face penalties.

Cardinal George Pell has wasted no time getting on with life after acquittal, leaving inner-Melbourne this morning.

After waking on his first day of freedom in more than a year, Cardinal Pell left the Carmelite Monastery in the city’s east, headed for Sydney.

The framing, always with the framing. We know what you’re doing, SBS.

“Rot in Hell Pell” and “no justice” was emblazoned on the doors of the cathedral, which was at the centre of allegations the cardinal abused two choirboys in the 1990s. The words “the law protects the powerful” were also spray-painted on the cathedral forecourt.

A child’s tricycle was also fixed to the gate of the Carmelite Monastery.

They really did a number on them Catholics.

t just becomes more and more apparent that this politics of Cultural Marxism is a pure politics of envy and hatred, and nothing whatsoever to do with compassion for victims or whatever they dress it up as. It is simply a blatant fact.

I thought we were all supposed to be in lockdown. But its clear the woke consider such laws do not apply to them, and that they are immune to the COVID. 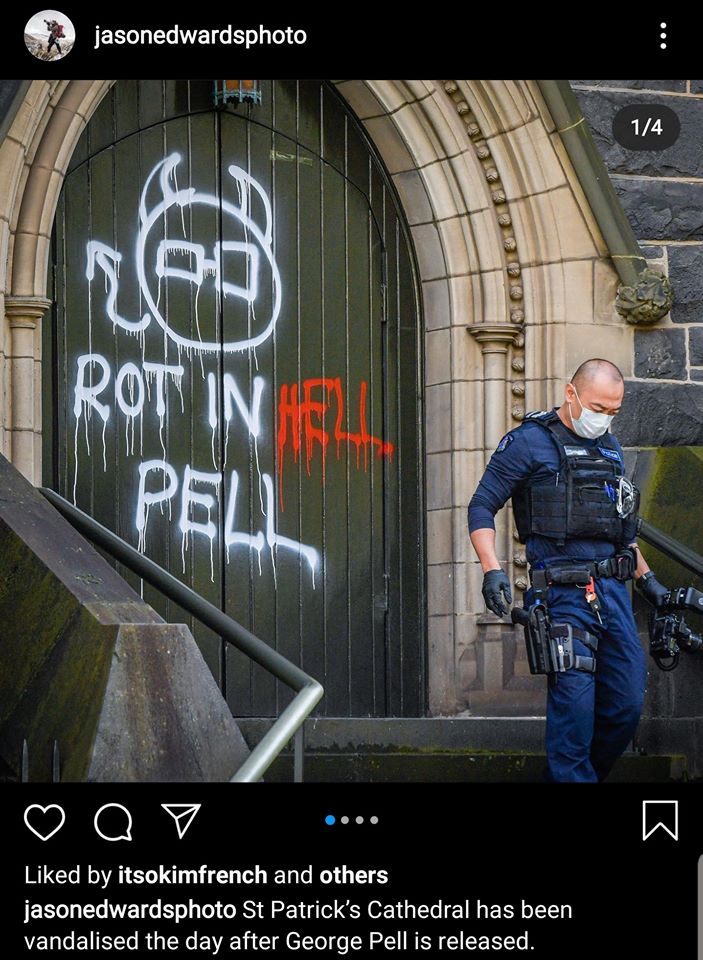 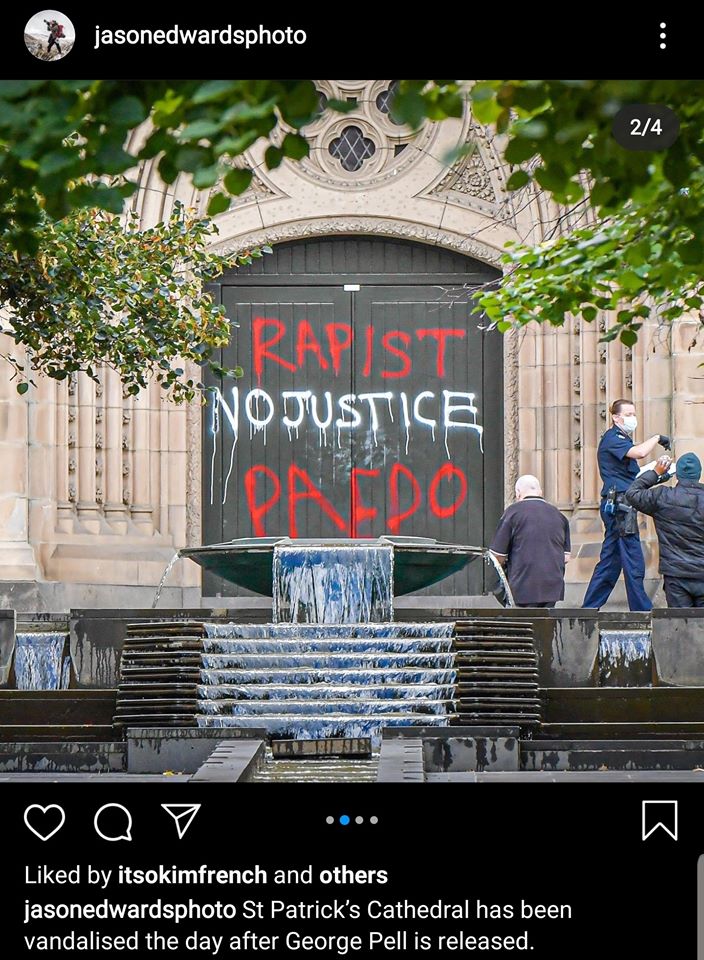 Adam reminds is that the bastard running the fascist progressive hellhole that is Victoria, who legalized Euthanasia, was a key play er in hounding Pell.

In the run up to Cardinal George Pell’s High Court appeal against his conviction and jailing for child abuse which had supposedly occurred over 30 years’ previously, there was a cacophony of objection from the two principle media outlets that conspired with the Victorian Police on his conviction; the Nine Network and the ABC. As their opinion writers and talking heads put it, such an appeal was an utter waste of time, not because Pell was guilty but because of the anguish that it would put his unknown accuser through.

As always, the ideological left are all about transparent feelings. Believe all victims. Victorian Premier Dan Andrews, a sociopathic ideological crusader for the Left, was a key player in the years long persecution of Pell.

This season will end. There will be an accounting. Do not be them. Do not be like them