The retrograde week: the Karen is a warning.

Well, here is this weeks collection of things to consider, a scrapbook, rambling, quite full of links, and deliberately discursive. If you want a snappy set of links with some eye candy, I recommend Adam’s links of the week, which started with a series of comments he fisked from people who hated him criticizing a conservative idolette.
Didact wrote a very encouraging piece before sharing more of the same.

The key to getting through challenging times like these is to recognise that we are in many ways being pushed and tested for things to come. I’ll talk about this a bit more in Sunday’s podcast, which will discuss spiritual warfare in its various forms, but for now I’ll leave you with a hint as to where things are going.

Consider a field of battle between two opposing armies. The greatest enemy of any warrior on that field is not necessarily the man on the other side with a gun that carries a bullet with his name on it. At least that enemy, when he is visible, can be seen, understood, targeted, and attacked.

No, the greatest enemy on the field is fear.

And that enemy’s power is greatly amplified by the “fog of war” that military planners often talk about – the uncertainty and doubt and tangled lines of communication and overlapping chatter that make target acquisition and elimination extremely difficult.

What we are going through right now is a form of target identification. We are being pointed squarely at the enemy. We are being told, in very unsubtle ways, to point our spiritual weapons of war in THAT direction. And we are being prepared to fight.

Yes, I quote. A lot. You don’t have to read it, some of the places may have pictures or thoughts you don’t like, but it is a scrapbook. Written in crisis. The crisis was precipitated by something that is not systemic racism. It may be brutal, but such things have happened for a very long time. I first met positional asphyxia as cause of death during an enquiry reported in Howick three decades ago.

Stacey writes that the truth is already lost in this. He quotes Heather McDonald,

In 2019 police officers fatally shot 1,004 people, most of whom were armed or otherwise dangerous. African-Americans were about a quarter of those killed by cops last year (235), a ratio that has remained stable since 2015. That share of black victims is less than what the black crime rate would predict, since police shootings are a function of how often officers encounter armed and violent suspects. In 2018, the latest year for which such data have been published, African-Americans made up 53% of known homicide offenders in the U.S. and commit about 60% of robberies, though they are 13% of the population.
The police fatally shot nine unarmed blacks and 19 unarmed whites in 2019, according to a Washington Post database, down from 38 and 32, respectively, in 2015. The Post defines “unarmed” broadly to include such cases as a suspect in Newark, N.J., who had a loaded handgun in his car during a police chase. In 2018 there were 7,407 black homicide victims. Assuming a comparable number of victims last year, those nine unarmed black victims of police shootings represent 0.1% of all African-Americans killed in 2019. By contrast, a police officer is 18½ times more likely to be killed by a black male than an unarmed black male is to be killed by a police officer.

That is dialectic, which is useful for planning. But Rhetoric wins: and white bad, cops worse (even if not white) and the sainted victimhood must prevail, though cities burn. I’ve got friends I need to pray more for who live in US cities. Stacey again.

Are we clear about this? Is it not apparent that, however much we deplore racism or police brutality in general, the specific facts of the George Floyd case are anomalous, and not typical? A statistically rare event has been falsely portrayed as representing a larger truth about “systemic racism,” when in reality the evidence contradicts that representation. People claiming to speak on behalf of “the black community” have been paid to promote this false belief, and the media have irresponsibly helped propagate a dangerous mythology.

So, this is a time of crisis and confusion. Perfection is a luxury we can’t afford.

Lists of the Links

The week’s woodpile report concentrates on the current crisis

The Other McCain’s daily links: (the Wombat does a good job, so just a few: go there anyway)

It appears that William M Briggs is very busy, and he’s stopped doing his this week in doom posts. We are in crisis, and you have to have priorities.

The ladies have been busy, but a fair amount of it relates to the current crisis, and linking to it would violate operational security. Their husbands have enough headaches protecting kith and kin without being targets like the police are.. Normal service will resume when sanity returns.

The Captain is going to follow the footsteps of the Dark Lord and leave Minnesota as fast as he can. (Vox Day was right again). His rant on this was covered by me last week, and by Adam. I hope he keeps well away from the riots. A horizontal profile can help here. But there are two comments from that post worth considering.

The productive people in the area are ghosting. Quitting. Voting with their feet.

Oh well, biding my time for the move to the country and out of my current state. Not running away, just going to where I can breathe, shoot my guns, and grow my food. I can thank the great Corona-Chan for fully opening my eyes, and seeing the great future avenues of my life develop before me. Now to execute the plan. 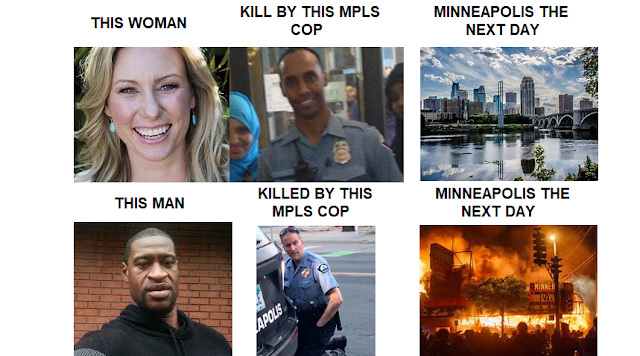 In response to [linked above].

I have achieved your plan. I am way out in the boonies on a waterfront creek property. The few neighbors are like minded with me.

The peace, tranquility, serenity, and deafening silence are a gift from God. The abundant wildlife is simply a bonus. Splashing fish being hunted by ospreys, pelicans, and eagles. The otters, ducks, and geese in the cooler months. And, yes, the joyous sound of gunfire in the area!

Don’t stop until you achieve your plan. Any sacrifice is well worth it. One last thing. Females hate the simplicity and remoteness of my living arrangements. I am now free from them as I am free from the madness of the cities. “Free at last. Free at last. Thank God Almighty. Free at last”. Cheers.

The regular conservatives are starting to get it. The trouble is that the left consider everything on this list to be a crime, and locally owning an AR type rifle is a crime even with a gun licence, because our prime minister decided to ban… well, almost everything. And free speech is on the to be banned list.

Rejecting collective guilt is not a crime. Refusing to acknowledge “white privilege” when you were born poor, or in a broken home, or with physical or psychological challenges, is not a crime. Embracing the historic American nation, instead of erasing it, is not a crime.

Do not let the media, Hollywood, academics, or politicians gaslight you. Stop internalizing lies. Who are the criminals? Who are the heroes? Who are the makers and keepers of peace? Who are the sowers and reapers of hate?

This kind of thing makes me want to Vote for Trump, which would be a crime since I am not a citizen nor a taxpayer in the United States of America. Except, probably, in California, provided, like the dead in Chicago, I vote Democrat.

It does seem that Karen-mania has struck the world. There are lots of memes, lots of jokes, lots of everything. What might this be evidence of? I will give you a second to think about it.

Perhaps it is because lots of people (perhaps especially fellas) just don’t like Karens, not one little bit. Perhaps they are sometimes forced to tolerate them, leading to frustrations. Memes and jokes are a small measure of revenge.

So what make Karens so unlikable? They are not feminine in any meaningful way. Guys don’t like that. They have a societal installed force field to shield them from the repercussions of their arrogance.

Is it any wonder that the concept took off? Now one can vent frustrations via something harmless and clearly to the point. 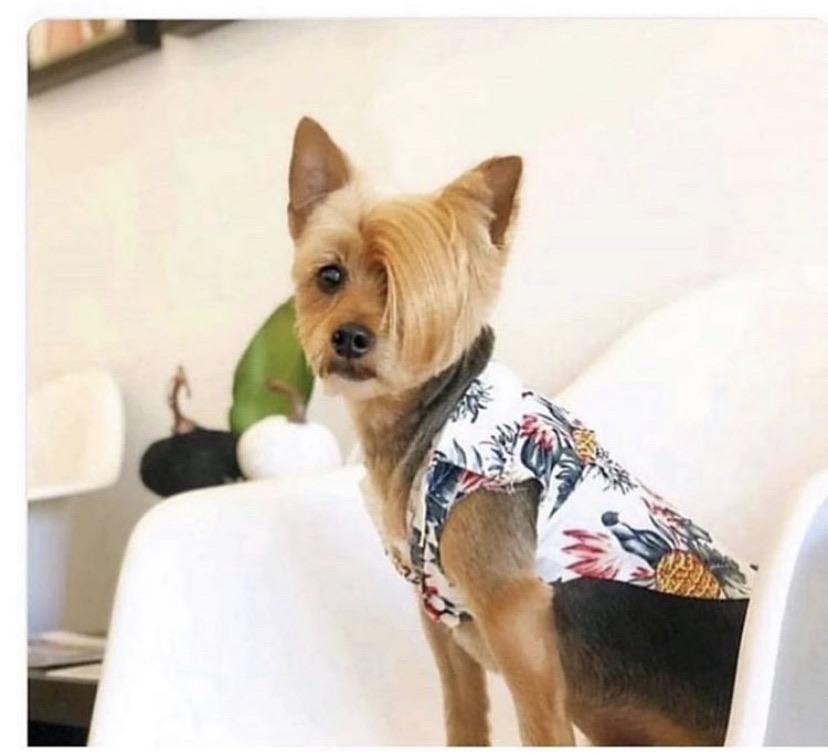 I think everyone in a trust and safety committee is either a red guard or Karen. They don’t like them free speech. At all. From Wilder, and another reason — despite this site using wordpress tools, it is not hosted by wordpress.

I originally was going to write a lighthearted post tonight about the economics of deflation, banking, and the Fed that shows that deflation is the thing that scares the Powers That Be the most right now. Who knows, there might even have been bikini economic graphs. I mean, the world loves humor about banking and economics, right? I hear it’s right up there with dentistry jokes.

Western Rifle Shooters Association (WRSA) was taken down on Tuesday, June 2, 2020. Here’s the message from Concerned American, the proprietor of the site:

This is an example of the desire on the Left to make the First Amendment irrelevant. You can say anything you want, but if they won’t let you say it where people will hear you, does it matter? Another way to say that is, “If a blogger memes in the forest, will anyone LOL?”

The libertarian take on censorship by corporation is a fairly solid version of “if it’s a private company, they can do what they want.” Frankly, it’s a view that I subscribed to a while back. But a while back, Twitter® also tried to humorously advertise itself as the “free-speech wing of the free-speech party.” And they still are big fans of free speech. Well, they’re fans of free speech, as long as you are on the Left.

I’m looking forward to anyone who can make the coming depression and associated functional deflation lighthearted. It will take more than bikinis.

The Karens, however, will not be saved by their virtue signalling. This is from Briggs, and a guest post, but I’m quoting it in its entiretly: the Karen is a warning.

Vox Day says that if the Science Fiction Writers of America need a person of colour to run the organization, he will take one for the team.

Neon Revolt considers the current riots as yet another Soros backed colour revolution, full of sound, fury and useful idiots.

In the meantime, the religion of peace keeps on producing Jihadis.

Bob Jones looks at the USA and despairs.

Chris Trotter, a democratic socialist, notes that democracy is no longer fashionable among the left.

Sarah Hoyt notes that this is all agitprop: the only thing the left can do.

And Didact gives a warning of why one should avoid half if not most of the current reality show celebrities (Link NSFW).

That’s enough for this week. A fair amount of reading did not make the linkage list because the risk profile in some places — not merely the USA — is quite high.

And this time, too, will pass.