Well, what a week. The COVID has returned to my nation, with pushback and people being put under the bus. The mood on the street here is anger: with the government disgust: with the morons who think they are US balcks and they can have their own Black Lives Matter party, and fear: that there are jobs. It is worth noting that by the end of the week CHAZ had been disbanded, after three or four serious crimes. Anarchism does not work.

The only drawback to following Mr. Hunter’s suggestion is that, if we abandon the rule of law because others are doing so, we make ourselves subject to the same penalties and consequences as they do. If we – and they – no longer have the protection that the law offers to the law-abiding, we – like them – have to suffer the consequences. That’s worth thinking about, because those consequences can impair us for the rest of our lives; and the rest of our lives might not last long.

The law was intended to be a structure within which almost everybody could function, provided they followed its precepts. When that structure breaks down, anarchy results. In anarchy, the strongest come out on top, and there’s no guarantee we’ll be among them.

The fact that others appear to have abandoned the rule of law doesn’t mean we should let them get away with it. There’s no moral or ethical reason not to defend ourselves, our loved ones and our property if necessary. Sadly, though, in many jurisdictions that have twisted the law to suit their own ends, we may be prosecuted for doing so. That being the case, there appear to be only three possible courses of action from a law-abiding perspective.

Sadly, all of those steps carry costs, sometimes severe, and are probably not viable for many of us. 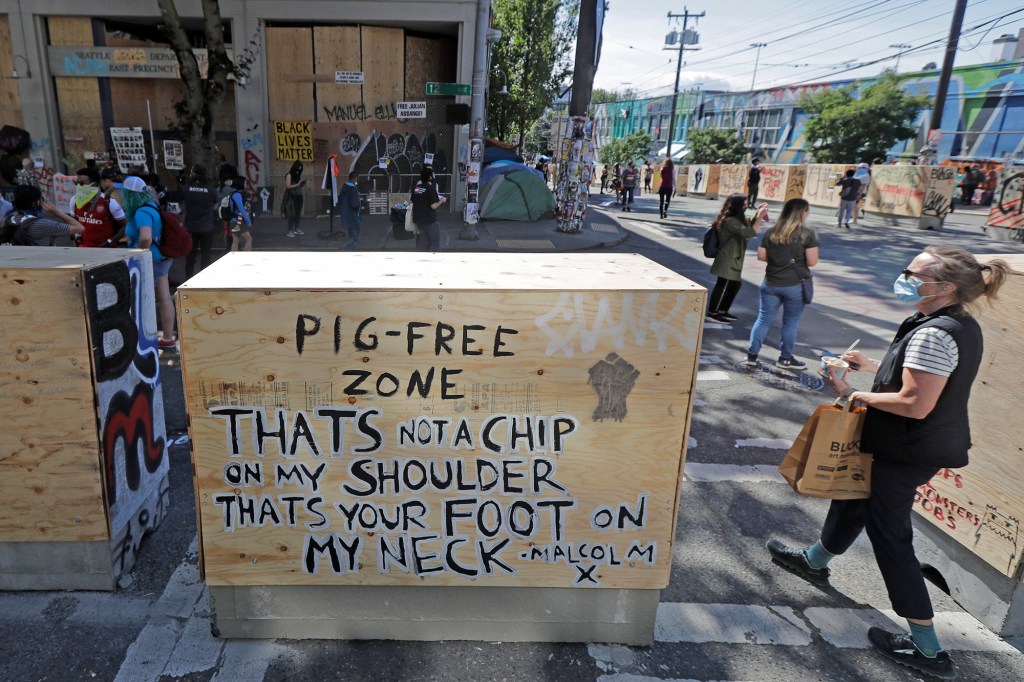 The current corporations are not helping. It appears that nothing can be woke enough for them. They are too busy virtue signalling, removing owners who are not woke enough, and driving what were functional businesses into the ground.

I killed Audible this week. Spotify went a while ago: Deezer has better audio quality. And my reading list has too many Dead Russian, Scot, and English Males for the current woke inquisition.

Have you watched the mandatory diversity programing on Netflix and listened to the requisite race porridge on Audible? (Fuck no, I cancelled them instead, but they have that data forever anyway)

Don’t expect all the rap and dance music on your Spotify playlists to count for anything, mind.

Given how riddled with wokeys these companies are, could you seriously convince yourself that there’s no-one in those companies running database queries to answer all these questions, and then grading you on a curve?

If you think this is never going to happen, I have a bridge to sell you.

Sooner or later, you’re going to have to defend your position. Yes, I do prefer the intellectual and artistic products of white western men who have a predilection for freedom and individual responsibility. What of it? How many Jeremy Clarkson books do you have, Mx Ngombwe? Hmm? Any Richard Dawkins, Charles Murray, Matt Ridley, Chris Brookmyre, Terry Pratchett or Douglas Adams? No, I didn’t think so. Watched anything by Chris Morris or Charlie Brooker recently? No? Off you fuck, then.

Adam has been preaching Catholicism, and enjoyed the good denominational argument that entailed. I can understand that. Nothing like a good argument about theology over a coffee or beer. But this is not the time. We have the mask slipping from the progressives, and they want us divided..

They all want to worship the devil, the first rebel, the Father of Lies whose work is to steal, kill and destroy. It should have been a giveaway that they all hate the cops. You see, this reality has many lies but only one truth. The devil is not FOR anything. He is AGAINST Christ. He doesn’t care which lie you choose to believe… pick your favorite… so long as you DON’T believe the truth.

Enough of this. This reformed old geezer has the faithful Papists pack, because we have a war to win. God can sort out our errors later. So let’s get onto it.

Hat tip to Vox Day for this. It’s time to turn the tables on those who think they can destroy any semblance of a sane culture, and want all to be wokesters.

I’d much rather deal with Indigenous radicals. They still have a real culture. Or reactionaries. Or the French. From a long article, cited elsewhere.

Imagine the monstrous sense of moral supremacy and pathos of distance between himself and his assailants leading to this utterly detached conclusion. Being robbed at gunpoint by primitives was an occasion for him to refine his own moral esthetic. A car, a life? Mere trifles. pic.twitter.com/btmbFCC5FL

9. Use your power. Get into any position of political, business, and/or cultural power, then keep your sphere of influence anti-Woke. And yes, this means mercilessly purging any Wokester from the domain that you control. Remember, we are at war, and they would do the same to you in a heartbeat. In fact, they already have. And since they made the new rules, it’s only fair that we abide by them.

11. Have children, and don’t send them to Woke schools. Children are the future, and if the culture war against the Woke turns out to be a 700-year Reconquista rather than a short skirmish, then having children is vital. So have many kids, but do not let them be indoctrinated in Woke schools. (If you are young, and don’t want the Woke to have leverage against you, then hold off on children. However, when you get anti-fragile, have many.)

12. Support secession. Let’s be honest, the time has come for some areas in the U.S. to be allowed to go and build their desired Woketopia. We should let them go — not just figuratively, but literally. After all, the United States are indeed states, but they are not united. And secession is the only peaceful and moral long-term solution to the division in America. The other alternatives are continuing political and cultural war — with serious violence being a real possibility — or total political and cultural submission for one side or the other. But the former option is worse than secession, and the latter one is immoral. Moreover, it is just wrong that every four years, nearly half the country is shaking in fear at the prospect that the other side might win the election. Not to mention that such fear is a sign — a big, bright neon sign — that two groups of people so culturally and morally different should no longer be together. Thus, to defeat the Woke peacefully but permanently, secession is the only real answer. And if America is truly an idea, then it is an idea that can be recreated anywhere, even in a newly formed country.

The son of Cassius Clay — Muhammad Ali Jr — speaks truth to power. Good on him. May he find peace in Christ. He knows the test for any policy is how it affects those it is supposed to help. By the fruits you shall know them.

In the interview published by the New York Post, Muhamad Ali, Jr., said he father would not be a fan of BLM. “My father would have said, ‘They ain’t nothing but devils.’ My father said, ‘all lives matter.’ I don’t think he’d agree (with BLM),” he insisted.

“Don’t bust up shit, don’t trash the place,” he added. “You can peacefully protest.”

“It’s a racial statement,” Ali added. “It’s pitting black people against everyone else. It starts racial things to happen. I hate that.

“They’re no different from Muslim terrorists,” Ali said scornfully of the rioters. “They should all get what they deserve. They’re f**king up businesses, beating up innocent people in the neighborhood, smashing up police stations and shops. They’re terrorists – they’re terrorizing the community. I agree with the peaceful protests, but the Antifa, they need to kill everyone in that thing.”

Peaceful? Yeah, right. They are now taking out the non woke members of the progressive coalition.

I took this pic- it got me assaulted & beat up. Punched/kicked in the head, neck, ribs. Maybe concussion, socked in left eye is little blurry, sore neck & ribs. 8-10 people attacked me. Innocent people are going to get killed. Capitol locked- stuck in office.Stop violence nowPlz! pic.twitter.com/Zw2hdfYG66

Tim Carpenter is a Democratic state senator from Wisconsin and one of only four openly LGBTQ members in his state’s legislature. Last night, he was viciously assaulted and knocked unconscious after taking a photo of protesters in Madison.

The protesters were responding to the arrest of Devonere Johnson, a 28-year-old activist who was taken into custody after he entered a restaurant with a megaphone and a baseball bat.

Gathering around the Capitol building, they smashed windows and lights and tore down two statues, including one of abolitionist Col. Hans Christian Heg, who fought and died for the Union during the Civil War.

After a disturbing image of Carpenter lying unconscious on the ground was posted to Twitter by a local reporter, the 60-year-old lawmaker explained that eight to ten people rushed towards him at the protests. He says he was punched and kicked in the head, chest, and neck.