I want this period of dystopia to end. When the government continues to argue that anyone who disagrees with their
elimination COVID plan and then decides that COVID has come back in so we have to live with it in lockdwon (I[m summarizing the last 24 hours) while comparing the leader of the opposition to Trump… well Houston, there is a problem. Made worse by those who forget that the soviets medicated dissidents. 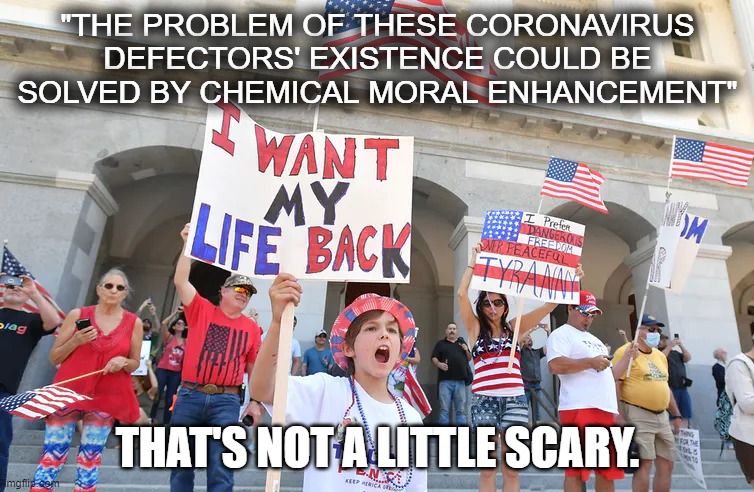 It is at these times that it is good to recall the other side of predestination and the logic behind it. God’s promises cannot be taken back. His calling to you remains. His promises of blessings to you remain. The elite want to make you feel unwanted, mocked, shamed, alone, despairing… with the aim that you will come seeking mercy when they have none.

But we would then be one of their useful idiots, manufacturing murder and destruction in the hope it gives us the one thing that the converged covet: power.

8 Bring out the people who are blind, yet have eyes,
who are deaf, yet have ears!
9 All the nations gather together,
and the peoples assemble.
Who among them can declare this,
and show us the former things?
Let them bring their witnesses to prove them right,
and let them hear and say, It is true.
10 “You are my witnesses,” declares the Lord,
“and my servant whom I have chosen,
that you may know and believe me
and understand that I am he.
Before me no god was formed,
nor shall there be any after me.
11 I, I am the Lord,
and besides me there is no saviour.
12 I declared and saved and proclaimed,
when there was no strange god among you;
and you are my witnesses,” declares the Lord, “and I am God.
13 Also henceforth I am he;
there is none who can deliver from my hand;
I work, and who can turn it back?”

13 Now I am speaking to you Gentiles. Inasmuch then as I am an apostle to the Gentiles, I magnify my ministry 14 in order somehow to make my fellow Jews jealous, and thus save some of them. 15 For if their rejection means the reconciliation of the world, what will their acceptance mean but life from the dead? 16 If the dough offered as firstfruits is holy, so is the whole lump, and if the root is holy, so are the branches.

17 But if some of the branches were broken off, and you, although a wild olive shoot, were grafted in among the others and now share in the nourishing root[a] of the olive tree, 18 do not be arrogant towards the branches. If you are, remember it is not you who support the root, but the root that supports you. 19 Then you will say, “Branches were broken off so that I might be grafted in.” 20 That is true. They were broken off because of their unbelief, but you stand fast through faith. So do not become proud, but fear. 21 For if God did not spare the natural branches, neither will he spare you. 22 Note then the kindness and the severity of God: severity towards those who have fallen, but God’s kindness to you, provided you continue in his kindness. Otherwise you too will be cut off. 23 And even they, if they do not continue in their unbelief, will be grafted in, for God has the power to graft them in again. 24 For if you were cut from what is by nature a wild olive tree, and grafted, contrary to nature, into a cultivated olive tree, how much more will these, the natural branches, be grafted back into their own olive tree.

25 Lest you be wise in your own sight, I want you to understand this mystery, brothers:[b] a partial hardening has come upon Israel, until the fullness of the Gentiles has come in. 26 And in this way all Israel will be saved, as it is written,

“The Deliverer will come from Zion,
he will banish ungodliness from Jacob”;
27 “and this will be my covenant with them
when I take away their sins.”

28 As regards the gospel, they are enemies of God for your sake. But as regards election, they are beloved for the sake of their forefathers. 29 For the gifts and the calling of God are irrevocable.

Note that our enemy wrote their plan down, and they are now at stage ten: they make the rules and their tame false church endorses them.. The spirit of this age has always hated Christ.

This is more than just the Jews, though the Jews either choose Christ and are cast out of the tribe or they remain useful foot soldiers for those who set the tone of the press and the agenda for all progressive states.

But they are human, they will fail. The people of Israel will turn to Christ. And his mercy to us will not be taken back. We have surety not because of what we say and do, but because the gifts and calling of God are not taken back.

It is us who, all too often, need to return.