Every time I get despondant about the situation in NZ I need to recall the following:

In short, NZ did not go full moron. California did. And from that comes this rant. People are going slightly off.

Lockdowns have been questioned. The Great Barrington Declaration came out a couple of weeks ago and recommends protecting the vulnerable and not regulating society.

Those who are not vulnerable should immediately be allowed to resume life as normal. Simple hygiene measures, such as hand washing and staying home when sick should be practiced by everyone to reduce the herd immunity threshold. Schools and universities should be open for in-person teaching. Extracurricular activities, such as sports, should be resumed. Young low-risk adults should work normally, rather than from home. Restaurants and other businesses should open. Arts, music, sport and other cultural activities should resume. People who are more at risk may participate if they wish, while society as a whole enjoys the protection conferred upon the vulnerable by those who have built up herd immunity.

Of course, though the media talked about this, google deep sixed it, and the policy in places like NZ, Australia and the UK is still lock down the entire population. This has consequences. Delicious Tacos is not a nice site, but this is truth for many. 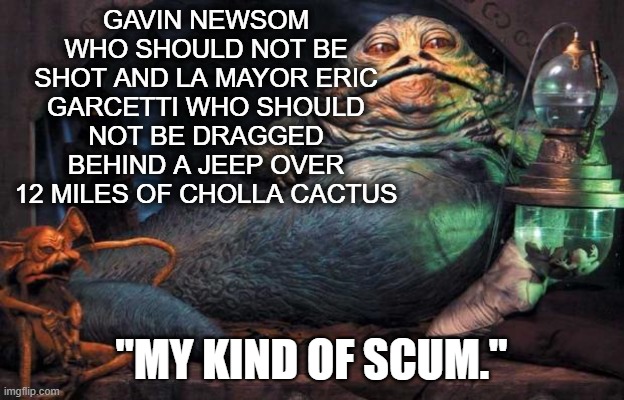 Supposed to write something positive but that’s horseshit. Look I love the squirrels and sunshine but it’s fucking enough of this house arrest. The vaccine makes your T cells gnaw through the nerves in your spine and the drugs will be horseshit and it’s time to let the obese, elderly and immunocompromised die. Sorry fattie. I’m sure there’s a buffet in heaven. But work from home and lift from home and Skype date from home because every boring cunt Bumble lawyer dutifully visits her stupid Korean grandmother twice a week– I’m done. Eight months was plenty. CA governor Gavin Newsom who should not be shot and LA mayor Eric Garcetti who should not be dragged behind a Jeep over 12 miles of cholla cactus will never let this lockdown end. There will always be some reason to extend it. Save the old people the fat people the poor little abuelitas, boo hoo.

It’s DONE. Fucking ENOUGH. I made the most of it. I put out a book! Wrote shit. Learned archery, guns. Started learning Greek. Bolstered my triceps and obliques on Olympic rings I hung on a beam. Got closer with the cat. The squirrels. The fucking raccoon– I did all the shit you’re supposed to do. Money I saved not doing anything fun I invested. Went to Zoom AA, helped people from Twitter get sober. I fucking hiked, went on day trips, saw the sequoias, the waterfalls the rabbits ground squirrels pelicans, every fucking thing within a 500 mile radius, baked bread simmered beef stock pulled forth crops from the cruel dry Earth, learned boxing, training hitting air for what feels like infinite minutes with weights in my hands swiveling my hips till I was breathing like Chris Christie walking up five stairs– ENOUGH. ENOUGH FUCKING PRODUCTIVE SHIT. Oh yeah I killed it at my job too. I did what I was supposed to. I made “breakthroughs” in “therapy.” None of it matters.

The writer of that PUA blog is falling into despair. He needs people. I generally don't. I'm introverted enough to enjoy being alone. But many do, and there are consequences if you don't keep yourself looking at what you can do.

If in doubt, pray.

There is a reason that I just put a prayer page up. We need the resources when we have no words.

Sociologists have long warned that the economic and social disruption wrought by measures to contain the coronavirus could cause more deaths than the pathogen itself. In Japan, the suicide rate has been falling but it remains a top cause of premature deaths — this year, suicide has taken over 13,000 lives, while total COVID-19 fatalities number less than 2,000.

The mental health toll looks set to be one of the pandemic’s most insidious legacies given the difficulty of grasping or measuring the magnitude of self-inflicted harm until it is too late. Major economies like the U.S. and China don’t report official data on suicides until years later, though experts have predicted a wave of such deaths this year while anecdotal evidence abounds on social media platforms.

You have to concentrate on what you can do. You are not able to stop our elite from making mistakes. So don't do that. Do what you can.

Do not expect that the simple behavioural changes that work for the short term will continue to work. You need to adjust your life and schedule around what it takes to live where you are, and do likewise.

And do not put yourself where you will fail. I am not going to travel, for example, for a long time. Not because I dislike travel. It is because 2 weeks in "managed isolation " also known as the pox hotel, would make me rant harder and fouler than delicious tacos. I know that, so I choose not to go there.

For what cannot go on will not do so.

Newsom jumped the shark when within two weeks’ time, he asked us to mask between bites of food at restaurants and told us that our COVID ratings would now include a “diversity” rating. Not-Making-Those-Up.

My extroverted child is NOT doing okay. Not at all okay. I’m doing my level best, but she needs people-not-family and those are in short supply. Ironically, it’s the introverted child who has a job… -sigh- And he really misses the interactions at school, he was getting into the “humans as interesting to watch”.

Teenagers/early 20somethings should NOT be stuck at home, it’s the opposite of what they’re developmentally tasked with acheiving.

Total Agreement. Though the people at work think this is wonderful, and it will all come out as roses, despite the fact they are on the front line seeing the consequences