One of these things is not like the other.

Nate Silver says that in the USA Pennsylvania is need by both Biden and Trump. (BTW, Biden lost last night). After a long discussion around working class whites and hispanics not voting Democrat because they hate the globalists who took jobs off them — and they like Trump because he bought them back — he looks at the polls and concludes.

All told, Biden currently leads the FiveThirtyEight polling average in Pennsylvania by 4.9 points. Adjusting for demographics and the possibility of change over the next two months, our forecast projects that the Democrat will ultimately carry the Keystone State by 4.6 points. However, both numbers are closer than Biden’s lead nationally, implying that if the overall race tightens, Biden could fall victim to the same trends that made Pennsylvania so inhospitable for Clinton in 2016. In other words, it’s no coincidence that Biden’s 75 in 100 chance of winning Pennsylvania is nearly identical to his chance of winning the election: As goes Pennsylvania, so goes the Electoral College.

One problem. Polls are not votes, and since registrations are by party, one has a proxy measure. 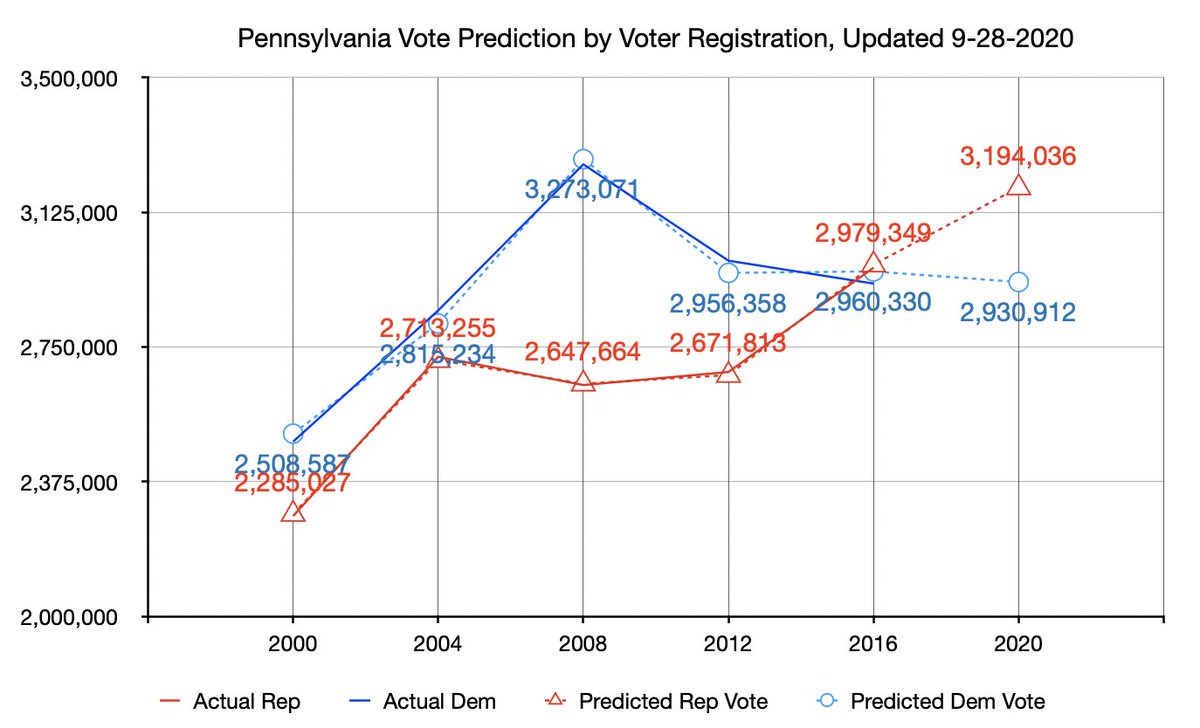 Either Nate Silver is correct or the registrations are wrong. We will know in November.

For what it’s worth, and despite Bob Jone’s prediction that NZ First will get in, I think the following will happen.

Given the wasted vote (Greens, New Conservative, NZ first) it will be close between a Labour only government and a National/ACT coalition.

The one safe prediction is that all the leaders will, like Jim Bolger, be cursing the pollsters.