If you are getting close to the target, you get attacked. Adam has had a DDOS attack against his site. Cleantalk tells me that there were more that 8000 bots and robolinks this week, which is about five to ten times more than real traffic.

I use a high capacity web host and I pay for spam blocking and backup. This costs. If I went to a low cost site, I’d probably get DDOSed out of the platform. The question is what to do?

I back this up every day, using a commercial wordpress plugin. This works with the current server. I’m with a big USA server. They have generally been good. That has sufficed until now. I hope it does continue to do so. But in case, what else can one do?

At present, I back up meticulously, and take notes. Transferring webhosts is not trivial, and the other issues are bigger.

Any organisation eventually becomes concerned with its self preservation (Pournelle’s Law) appears to be false. The large media rely on credibility. We watch them for truth, not error. Any goodwill the organizations that say they are fair and balanced had — is gone.

Vanished. No more. They took that trust and burned it for virtue points. Fox news is not converged and their hosts are told not to talk to anyone on the trump side.

Polling errors were catastrophic in size, so enormous as to discredit public opinion polling quite generally. The Real Clear Politics average of Ohio polls was 7 points off; Quinnipiac’s final Ohio poll had Biden +4 — a 12-point error. Similarly, the RCP average of Texas polls was nearly 5 points off; the Dallas Morning News poll had Biden leading by 3 points; he lost by 5.8, with Trump winning by nearly 650,000 votes.

These errors were so large that they could not be explained as mere incompetence; they were part of a political psyops campaign. And, we must now admit, Fox News was part of the same campaign.

Brett Baier: “But Chris, we haven’t called Texas yet. Why haven’t we called Texas?”
Chris Stirewalt: “Because it’s too close to call.”

No honest person could say that. Chris Stirewalt is not an honest person. The margin in Arizona is barely 15,000 votes, but the Fox News “Decision Desk” could call that a win for Biden, whereas Texas — where the margin was more than 40 times larger — was “too close to call.”

Chris Stirewalt stacked his credibility into a large pile on Election Night, doused it in gasoline, and tossed a match at it. 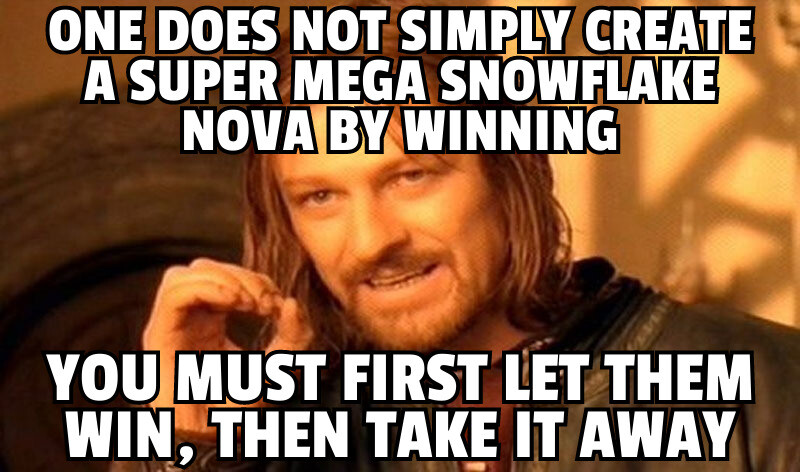 If you don’t speak the truth people will walk away.

But if you speak the truth you will be hated and unplatformed. You have to own your platforms. And you need to sort out backups. Including backup sites.

Gab is quickly becoming the most important site in the world. From exposing Hunter Biden’s laptop, to providing a platform for election fraud researchers to post their findings freely (and potentially save the Nation), there’s no other site that matches Gab’s community, its functionality, its track record, or its ambition. Mark my words: Parler is going to get deplatformed in the coming weeks, and all the clout-chasing cuckservatives fleeing there are going to learn the hard way the simple lesson Gab learned 2+ years ago:

You have to own the infrastructure. If you don’t, you will be crushed by big tech. It’s just a matter of time.

When looking at options, having a resilient web server and eventually having based platforms will be the way forward. Eventually, we need to be siting and supporting the platforms that are less driven by the desires of progressive staff.

This will change rapidly.

Can’t they just block internet access to anyone deemed heretical? You can have all the servers you want, but if they don’t let you access the web?

Asking, don’t know. Not my area of expertise.

The simple thing is to muck around with algorithms so search engines won’t find the sites you dislike. Which happens already. Many of the sites in this corner of the web don’t make it onto the first page of a google search for the name.

You can black list sites at a national firewall, which is what China does.

If you want to destroy links to a site, you need to take out all the Domain Name Servers to do that. them The simpler thing is to physically remove the server. The alternative is to DDOS the website, or coerce the web host to nuke it. When this happens you have a law enforcement thing come up saying this site was taken down. If you do that, you need to also coerce the web archive to remove it.