There are some times that the bastards go bloody, and horrors are written into History. Herod was not a Jew, and he had no compunctions in his tyranny. The Sadducees had allied with the Romans a few generations earlier because they were less noxious, though the oriental tyrant did less damage at the end.

You can expect evil to double down, and not care about the blood spilt. The first half of the prophecy here is bleak, and the second half does talk restoration. But we should know this is a battle, and the world cannot compromise you they will try to take out not only you but also your family.

Make no mistakes: this is a vale of tears. From injustices of all sorts to illness, want, and bereavement, we are all exposed to a long list of problems, because this is the way the Lord, in His Goodness, has allowed us to, with His Grace, work our way towards Him.

So we have the problems and injustices and diseases on one side, and Christ on the other. Where does this leave us? It leaves us to the point that, whenever we pass a period of time in review and reflect about what it brought us – or, alternatively, whenever we interrogate ourselves about our future, and wonder what it will bring to us, our loved ones, our Nation, and Christianity at large – we need to keep our eyes fixed on Christ, and measure the events in light of this central focal point.

We have already won, because Christ has already won. Our dismay at appalling events – individual or collective – is merely the result (justified, of course; but not all-embracing) of our flying very low, like a swallow surveying the misery of the human conditions.

Mundabor has it correctly. While I’m on holiday I bought my Kobo which is loaded with stuff from Gutenberg and I’m reading Chesterton — who as a journalist, not a Don, and was writing for popular consumption before the long war. The assumed level of knowledge was higher than now. Chesterton began with evil: we know some people enjoy it. So you can either say creation is evil or random, or that we are separated from a good God, but you can’t say that evil does not exist. Modern philosophers and Marxists (but I repeat myself) do.

So we cannot handle difficult times and grief.

Then, there was a stoic acceptance that disease was part of life; now, the emphasis is on banishing disease and stoicism is mostly reserved for the restrictions needed to bring this about; even though the global health impact of this pandemic, so far, is about as severe as the Asian flu pandemic of the late 1950s, and the Hong Kong Flu pandemic of the late 1960s, which both had well over a million deaths worldwide without triggering anything approaching large-scale shutdowns.

My sense is that it’s the seismic cultural shifts, now underway in the West, that have driven a pandemic response that’s so different from that envisaged under plans drawn up even just a short time ago. We are materially rich but spiritually poor, and generally more fearful. More self-confident governments would not have placed so much faith in unelected and unaccountable experts. The experts would not have so readily changed their minds about the need for mandatory shutdowns. Societies that retained more “faith in the world to come” would have been less alarmed by a virus like those that have readily been seen off before.

Tony Abbott, The Australian, via the Cat

When considering the work of evil men, remember that as their work will be rewarded, so will yours. God knows your grief. He knows your pain, and he knows that at times the road is hard. But stay the course. There is a reward to come, if not in this life, then in greater glory in the life eternal.

15 This is what the Lord says:
“A voice is heard in Ramah,
Lamenting and bitter weeping.
Rachel is weeping for her children;
She refuses to be comforted for her children,
Because they are no more.”

16 This is what the Lord says:

13 Now when they had gone, behold, an angel of the Lord appeared to Joseph in a dream and said, “Get up! Take the Child and His mother and flee to Egypt, and stay there until I tell you; for Herod is going to search for the Child to kill Him.”

14 So Joseph got up and took the Child and His mother while it was still night, and left for Egypt. 15 He stayed there until the death of Herod; this happened so that what had been spoken by the Lord through the prophet would be fulfilled: “Out of Egypt I called My Son.”

16 Then when Herod saw that he had been tricked by the magi, he became very enraged, and sent men and killed all the boys who were in Bethlehem and all its vicinity who were two years old or under, according to the time which he had determined from the magi. 17 Then what had been spoken through Jeremiah the prophet was fulfilled:

18 “A voice was heard in Ramah,
Weeping and great mourning,
Rachel weeping for her children;
And she refused to be comforted,
Because they were no more.”

I consider it is never too late to run from tyranny: so to those who live in the new fascist lockdown zones, use that blessed fossil fuel and get you family well out of the firing range. To quote the Vox Day.

This is not a bad time to make sure that you’ve got two weeks of supplies prepared and on-hand, and to minimize your public exposure. War is already being waged inside the United States, and because it is being fought by a wide spectrum of means by an unknown number of allied factions on both sides, it’s very difficult to know where the hot zones are. 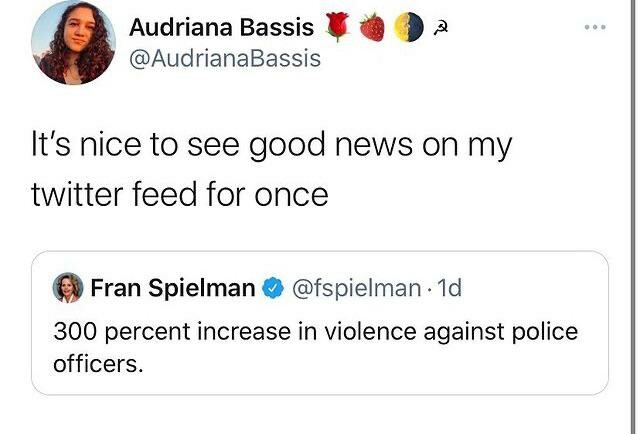 The Z man, waxes a little theoretical here. If you.

This is the fruit of ruling class corruption. They refuse to abide by the rules and adequately enforce the rules. This lowers public trust. Then the ruling class tolerates an army of incompetents in the bureaucracy, which only makes the public more skeptical of their institutions. To remedy that problem, the media manufactures lies to explain it all, but those lies are rather easy to disprove. Our authoritarian overclass is a toxic blend of mendacity and mediocrity. They can no longer be trusted on anything.

The thing is it could very well be a sign of things to come. Make enough of the people miserable and some of them will respond. Unlike the old Soviet Union or modern China, the American ruling class is fully exposed. They do not live in guarded compounds surrounded by armed guards. They also rely on a managerial class to implement their rules and policies. Those credentialed managers live in easily accessed neighborhoods and travel around in public, totally unprotected.

Then you have the fact that America has tens of millions of people capable of making a decent truck bomb with common materials. How many people walking around in America have been trained by the military on the basics of this stuff? Think about how many guys saw how IED’s and car bombs were used in the Middle East. You do not even have to have had direct experience with these tactics. The use of car bombs and IED’s has been a staple of the mass media for a generation now.

It may seem farfetched but think about what has been normalized this year that was considered crazy talk in 2019. We have widescale lock downs of the population and official talk of internal passports and social credit systems. As America lurches into a high-tech prison state, expect the inmates to respond accordingly.

This is a time for discretion and action. Discretion online: use handles, keep your websites in places of freedom, and back everything up. Be prepared not only to self host but export the place to another software stack.

Have some side gigs going.

Live on the outskirts of town.

It is also a time for action. I real life, worship in public. Bear witness to the truth, Though you can expect opposition. Give via the church. Keep clean accounts, financial, personal and spiritual. None of these will matter to the tyrants. But they will glorify God.

And to quote the late Uncle Remus, stay away from crowds.

Nice find: “We are materially rich but spiritually poor, and generally more fearful.”