From one difficult passage to another. I have had a series of conversations with Kea, and today with our friends, about people who are ruining their lives by the numbers. They are malnourished as are their children, or they do not understand how young people from good schools have more drugs than the working classes, that they can manage their own romantic life without disaster or they simply deny that their actions will have long term consequences.

It’s not just New York, of course, which is suffering from pandemic alcoholism, as they call it. (Much as New Yorkers like to think that they’re the only people on the world, or at least they’re the only people in the world who matter, they aren’t.) In fact, this is happening in London, Berlin, Sydney, Paris and pretty much in all large cities suffering not only from fear of getting the Chinkvirus and dying, but from autocratic politicians who are intent on putting everyone under house arrest out of fear — fear that if lots of people start dying on their watch, they may be blamed for doing nothing. (The more cynical may just think that assholes like MichGov Wilmer are doing this stuff just because they can, but let’s ignore that for the moment.)

Any time people are imprisoned, or feel like they’re being imprisoned, all sorts of bad behaviors start to emerge, of course, and boozing is just one manifestation; rampant sexuality and domestic violence are two others.

But actions do have consequences. if you drink that much, you will suffer. At a certain point, there is a duty to protect the innocent. But if you have that fearsome duty, as social workers do, or pastors, or health care workers, you will find your life being examined by scoffers and fools. The wisest thing at times, is to do nothing, but it is not the charitable thing.

My suggestion is that you talk initially. But if all you get is a wall and a fluent collection of glib excuses, give up. You should not cast pearls before swine, even if the swine considers itself transhuman.

The alternative is the man seeking truth (and thus God). He welcomes correction and reflects on what he could do. 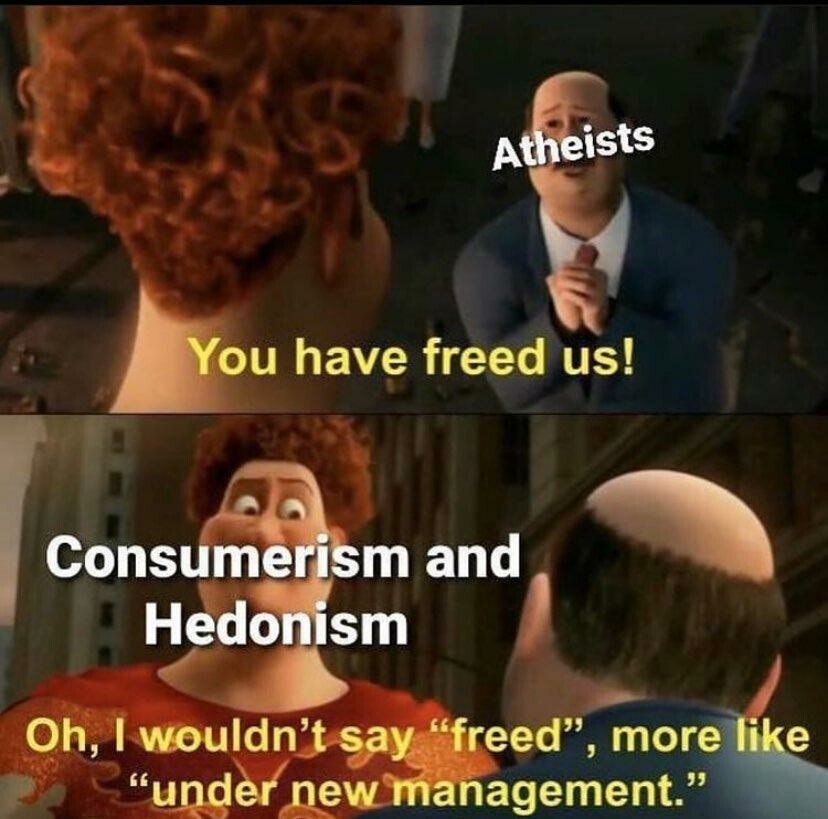 9 Wisdom has built her house,
She has carved out her seven pillars;
2 She has prepared her food, she has mixed her wine;
She has also set her table;
3 She has sent out her attendants, she calls out
From the tops of the heights of the city:
4 “Whoever is naive, let him turn in here!”
To him who lacks understanding she says,
5 “Come, eat of my food
And drink of the wine I have mixed.
6 Abandon your foolishness and live,
And proceed in the way of understanding.”

7 One who corrects a scoffer gets dishonor for himself,
And one who rebukes a wicked person gets insults for himself.
8 Do not rebuke a scoffer, or he will hate you;
Rebuke a wise person and he will love you.
9 Give instruction to a wise person and he will become still wiser;
Teach a righteous person and he will increase his insight.
10 The fear of the Lord is the beginning of wisdom,
And the knowledge of the Holy One is understanding.
11 For by me your days will be multiplied,
And years of life will be added to you.
12 If you are wise, you are wise for yourself,
And if you scoff, you alone will suffer from it.

One of the things that happens here is that songs are repeated. Because we have to do business with God. We need to reform ourselves. Because the alternative is to be scoffers and mockers, and those it is not worth correcting.

8 But do not let this one fact escape your notice, beloved, that with the Lord one day is like a thousand years, and a thousand years like one day. 9 The Lord is not slow about His promise, as some count slowness, but is patient toward you, not willing for any to perish, but for all to come to repentance.

10 But the day of the Lord will come like a thief, in which the heavens will pass away with a roar and the elements will be destroyed with intense heat, and the earth and its works will be discovered.

11 Since all these things are to be destroyed in this way, what sort of people ought you to be in holy conduct and godliness, 12 looking for and hastening the coming of the day of God, because of which the heavens will be destroyed by burning, and the elements will melt with intense heat! 13 But according to His promise we are looking for new heavens and a new earth, in which righteousness dwells.

I have linked to Roosh before, who questions when we fall into sin how our spiritual disciplines are. He has knowledge here, for he has sinned greatly. The orthodox disciplines are not confined to the Orthodox. So, when one sets up the goals for next year: when you write in your journal, when you chart your habits and journal write down your prayers and note the content of the meditations that you have. There are many things you can learn.

And what of this blog? Is it just an example of egoism? I pray it is not. I am quite aware that it offends some fools with power. I had to destroy a five year long version of this project to remain employed after their complaints. Could this confront mockers and fools? Perhaps.

But perhaps the spirit of God is raising up those who now know there is an enemy, and will meet, share bread and wine, encourage good works, and defend the faith. Regardless of the church leadership.

The same thing applies to the great and good, now pagan, now mockers.

Faith isn’t diminished at all by the fact that not everyone believes. Pay no attention to the unbelievers. Look at those who really believe and you’ll see what they enjoy through faith. The Christian faith isn’t a philosophical system, but a means by which Christ, as God and human, sets to rights us who are fallen, through the Holy Spirit. So look at anyone who’s following in the footsteps of Christ. You’ll see how they gradually grow, how they mature spiritually and become great, however insignificant they may be for the rest of the world.

There was Starets Seraphim of Sarov, for instance, who was a simple person, illiterate. And where did he get to? With a single word, he stopped the mouths of the learned unbelievers. But God chose those who are foolish in the world to shame the powerful; God chose those who are low and despised in the world, people of no consequence, to reduce to nothing those who think they’re something (cf. 1 Cor. 1, 27-28). This is how divine grace transforms all those who surrender to it.

The Lord, then, summons us to faith. He wants our salvation. And you will be saved, if you listen to His voice and follow Him, unwaveringly. For the sake of Him Who loves you so much, trample down any doubts. In this way, you’ll offer Him the greatest sacrifice, for which He’ll reward you many times over. Doubts are weeds which the enemy sows in the field of your soul, among the stalks of wheat. Why do you allow him to wreak your destruction? Throw him out and approach our Saviour,

So let us all follow Christ with fervour and in imperfect Holiness. God will deal with our imperfections provided we are willing to accept correction.