The obvious answer is that any election using such software should be declared null and void. Its results are, by definition, unverifiable, and therefore untrustworthy.

If you are not doing the steps that Peter recommends now, you need to start. 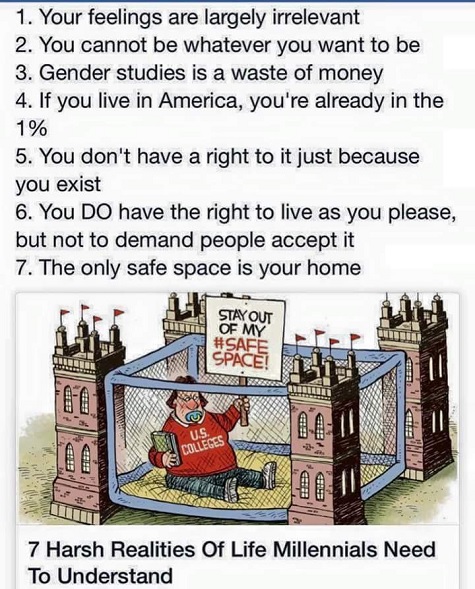 A thing of Beauty, from Ace.

They seem to have a real problem with things having definite, non-negotiable, unchangeable properties, properties that define it for what it is. In other words, a thing is a thing, and if a thing is one thing, it is not another thing.

This is why progressives like the ‘blank slate’ view of human nature. Because for them, there is really no such thing as intrinsic human nature. They want human nature to be whatever they want, and not what it objectively is.

And it also why they play stupid games with gender identities, because why should biological reality dictate your gender? They’ve been reduced to calling women “vulva owners” now. Which implies if you don’t like your vulva, you can take it back to the store for a refund and get something else. Presuming it’s still under warranty, of course.

Progressives are in open revolt against God’s created order (or nature, if you prefer) and the idea of having to submit to the limitations of an external reality imposed on them outside their control and regardless of their feelings is something they find deeply offensive.

I remember a few years ago when Lena Dunham got pissy on social media because she had met the then-NY Giants wide receiver Odell Beckham at a party and he didn’t come on to her.

Lena lives in a world where she is off-the-charts sexy, rather than a spoiled, unhappy, overweight woman approaching middle age whose continual pursuit of self-indulgence has brought her no long-term satisfaction or contentment, and resents having the untruth of her beliefs shoved in her face by something as innocuous as a stray interaction at a social gathering.

Holy hell, this is a confrontation. Enjoy. It may be the Rubicon crossing of our time.

The times are getting quite spicy. It is time to stand firm. Didact noted, as I do, Vox Day and Adam Piggott and John Wright have helped.

John Wright comments on the litigation — as a lawyer.

In other words, the opinion upholds an injunction from a case from earlier in the week. This is not one of the Trump cases: a group of Republican lawmakers and candidates brought a lawsuit arguing that the state legislature’s mail-in voting law—Act 77—violated the commonwealth’s constitution.

This preliminary injunction prevents Pennsylvania from taking any further steps to perfect its certification of the election, including but not limited to appointment of electors and transmission of necessary paperwork to the Electoral College, pending further court hearings and rulings.

Let me explain the significance:

A court is allowed to issue an preliminary injunction, that is, issue a command with the full force of law to the defendant, to do or to forbid a specific action, when an ongoing lawcase is overtaken by events. It is done to prevent injustice and irreparable harm to the plaintiff.

For example, if two parties are in dispute over who owns a bit of land, the one can be enjoined from logging the land, before the question of ownership is settled: because if you cut down trees that belong to me, I cannot put them up again.

Whereas if you are prevented from logging while the trial is ongoing, and they belong to you, you can cut them down after. The inconvenience to you is reversible, but to me, irreversible. The harm to either party if the injunction is granted or not granted has to be weighed.

The injunction can only be issued if the judge finds that the case is likely to succeed. This is to prevent preliminary injunctions from being abused.

This is a case where lawmakers and candidates are challenging the constitutionality of Act 77 under the Pennsylvania Constitution. If the injunction is allowed to stand, and Pennsylvania does not empanel electors by the due date, the Legislature of Pennsylvania may do so directly. This is a Republican controlled majority.

I will give the final word to Didact.

The lesson for the rest of us is very simple, clear, and straightforward:

Do not give up and do not give in when you are under pressure from your enemies. Fight on for as long as you possibly can.

This is very hard advice to put into practice. Every man has his breaking point. Look at what happened to Gen. Michael Flynn. He served his country with honour and distinction, but he was attacked for violating an obscure and completely un-Constitutional act that pretty much nobody had ever been prosecuted for violating, up until he was.

He gave up the fight after the Daemoncrats and the Deep State came after his family and threatened his son. That was why he submitted his original guilty plea – because he had lost all resources to continue fighting.

But even then, Gen. Flynn’s story was not over. He was able to come back thanks to the graces of the God-Emperor. And now he appears to be in the mood for righteous vengeance.

The lesson to learn here is that the tables can turn in an instant, provided that you refuse to give up. And when that happens… your enemies will be the ones running, and you will be the one hunting them down.

On the basis of “can’t change the rules after the fact” I would have thought that this lawsuit should have been brought prior to the election.