Andrew Torba linked to this on Gab. Go and read the whole thing. For this is a story of a priest who subverted and sabotaged the official narrative. The social justice cadre of the time had to beat him bloody — almost to death — to show that they were not aligned to a person who would speak progressive blasphemy. He had to be shut up, shunned, called mad. imprisoned, and regulated in such a manner that he was unemployed.

The tactics of the progressives have not changed since Soviet times. But God is not to be mocked. His witness was one thing that led to revival and restoration of the Georgian people.

At the peak of the demonstration, when the square was packed with people and while a member of the government was delivering a speech, suddenly a portrait of Stalin burst into flames. Fr. Gabriel had gained entrance to a window and poured kerosene on the back of the portraits and then set them on fire.”

“Perhaps it is a legend?”

“Some things, of course, have been enshrouded by legend; but he burned the portraits. Lenin’s portrait burned immediately, too. Horror came over the square. They all froze from fear and everything became still. While the pictures of the leaders were in flames, from the second floor window, Fr. Gabriel gave a sermon: “The Lord said, ‘Thou shalt not make unto thee idols, or any graven images… Thou shalt not bow down before them nor serve them for I am the Lord your God, Thou shalt have no other Gods!’ (Exodus 20:3-5). People, come to your senses! The Georgians have always been Christians! So why are you bowing down before Idols? Jesus Christ died and rose again… But your cast idols will never be resurrected. Even during their life they were dead…”

“It is impossible to imagine… How could they let him utter another phrase!?”
…
“But when they brought him down, the crowd fell upon him, breaking through all the barricades… They kicked him, hit him with rifle butts, and flailed him with fire hoses. They screamed: ‘Let me finish off that louse!’ Each person wanted to trample the enemy of the people underfoot with their shoes, to express their zeal. The firemen dragged him away.”
…
When they finally released him, he was suspended from Priestly ministry. Not only in the Church, but for ten years time they wouldn’t hire him anywhere. It is fortunate for him that there was a house, that he had a mother-the old woman who opened the gate for you.
…
In his later years, when the interview above was given, Fr Gabriel was known as a healer and wise elder – seemingly at odds with the account given above. However, the fact that he was still alive at the time probably meant that neither Fr Gabriel or his friends would want to glorify him too much: dwelling on the scorn he undoubtedly received so as to downplay his popularity with the faithful. After his death, God revealed the wonders and miracles of his life, beginning with his brave denouncement of Soviet idols in the 1960s.

As for “Lenin Square”, the scene of the burning of the Soviet-leader’s portrait, that square is now called “Freedom Square”, and a golden statue of Saint George the Victory-Bearer now stands on the podium where Vladimir’s likeness once stood. 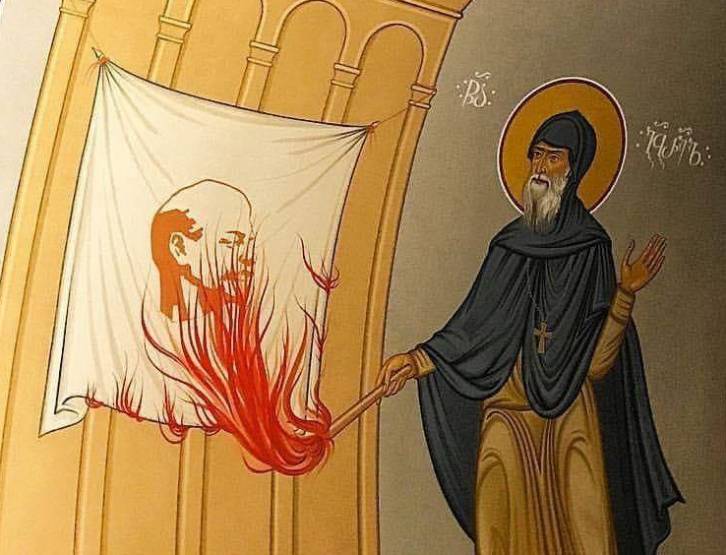 There are those who want to regulate the church and demand we bow down to their idols. It may be the rancid rainbow, not Lenin and Marx (though scratch an intersectional postmodernist and you will find Engels, Lenin and that scrounger Karl Marx). What we do when under pressure is seen my bamy, and though the authorities damn us, God sees and knows nad will rdeem us.

And in our flesh we will indeed see God.

23 “Oh that my words were written!
Oh that they were inscribed in a book!
24 Oh that with an iron pen and lead
they were engraved in the rock for ever!
25 For I know that my Redeemer lives,
and at the last he will stand upon the earth.
26 And after my skin has been thus destroyed,
yet in my flesh I shall see God,
27 whom I shall see for myself,
and my eyes shall behold, and not another.
My heart faints within me! 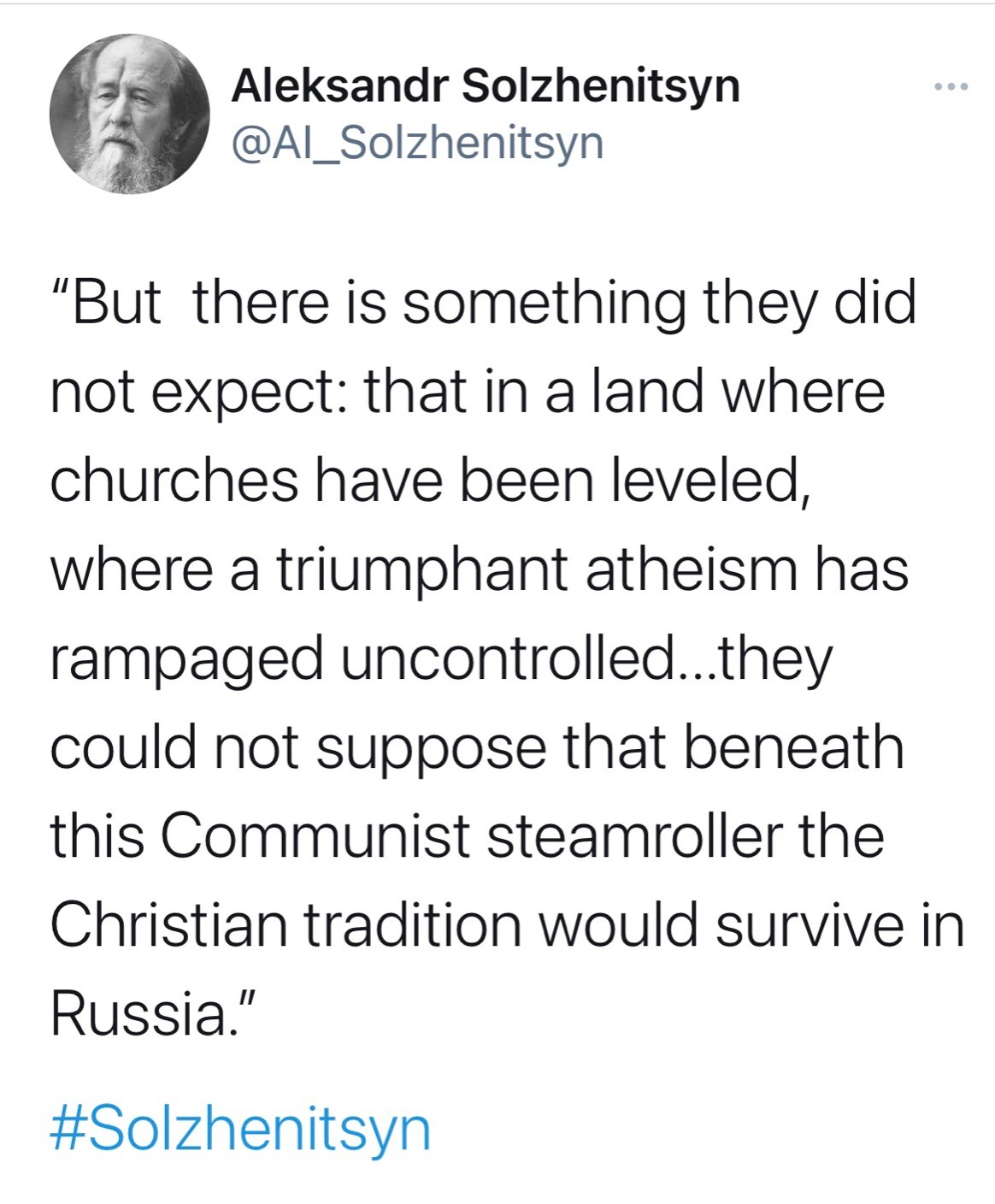 14 I hope to come to you soon, but I am writing these things to you so that, 15 if I delay, you may know how one ought to behave in the household of God, which is the church of the living God, a pillar and buttress of the truth. 16 Great indeed, we confess, is the mystery of godliness:

He was manifested in the flesh,
vindicated by the Spirit,
seen by angels,
proclaimed among the nations,
believed on in the world,
taken up in glory.

We are suffering through the end phase of the progressive project, and their fear is making them aggressive micro regulators. We don’t need to burn down the flag of Lenin to offend them. We just need to smile. Without a mask.

And the fury of the state will descend of us, For we are not of them, and their master knows his defeat happened two millennia ago.

It’s me, I went to another browser to avoid the auto ban.