A few days ago Kea read to me a rant put out oo a facebook post. I don’t do foacebook, but we read to each other. A local friend was stating that Zarcharias was an abuser, and this showed that the patriarchy of the church was evil, and that all Christian man should own these flaws and she was sick of people trying to excuse his abuse.

And every woman who was ever abused by an amn was saying Amen ans the men recoiled at the anger. Zacharias fell, and went from being a man of God to a walking pervert who made people curse God. As Didact, referring to a video from the Dizzle (a diagnosed psychopath, now repentant) there are easy ways to fall, and the greatest of us fall greatly.

Ravi Zacharias was one of the most famous and respected Christian apologists in the world. The organisation that he created around his teaching and missionary work spread the Gospel of Our Lord far and wide. Ravi Zacharias International Ministries overall, and the man himself, are responsible for bringing THOUSANDS of men an women to the Lord. All of that is wonderful, of course.

But allegations had been swirling around Ravi for some time, about highly inappropriate and even outright abusive behaviour around women at various massage parlours and spas. Back in 2017, one of his victims came forward and suffered considerable ridicule and scorn at the hands of much of the Christian community, because she dared to besmirch the character of one of its greatest leading lights… or so many thought, at the time.

The full details of the investigative report, conducted by an independent agency, are now available online. They prove beyond any reasonable doubt that Ravi Zacharias did exactly what many of his victims said he did. He was far from the holy man that many thought he was. In fact, he was a sexual predator.

The Dizzle breaks down, in considerable detail, exactly how Ravi probably went from pious man of God and loving husband, father, and grandfather, to pervert and abuser of women. And he explains exactly why a great man like that could fall so low. It’s not actually that hard to understand.

I won’t go into too much detail about that. Watch the video and find out for yourself. I do, however, want to take a few minutes to note the folly of trusting in men.

More than anything else, though, the Ravi Zacharias scandal teaches us what most Christians forget:

Our faith DOES NOT come from men.

It comes instead from God-made-man. Our faith roots itself in the eternal sacrifice that the living God, Jesus Christ Himself, made on the Cross. God quite LITERALLY died for us – for you, specifically.

THAT is the root and core of our faith. 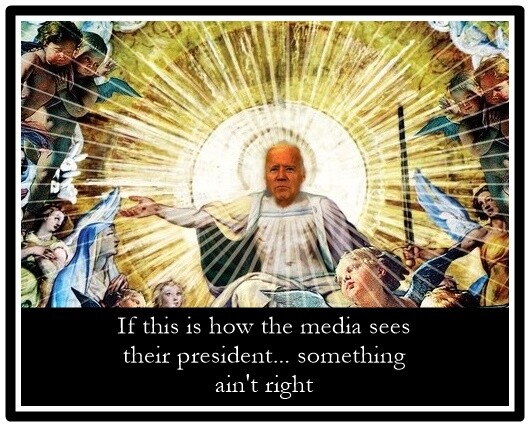 IF there are external antichrists, they esist so we will damn our selves. We all have weaknesses. You should know your besetting sins. At this time of the year, I’m looking at the cars on the road not the freshmen in their summer gear (though I think it was skimpier in the 70s, when my Mum used to tell my sisters that they were NOT going out dressed on only that).

We need to confess our faults and sins, To God and to each other. Listen not to the words of man They would regulate us: there are reasons people question all the official narratives of this time.

A Maskil of David.

32 Blessed is the one whose transgression is forgiven,
whose sin is covered.
2 Blessed is the man against whom the Lord counts no iniquity,
and in whose spirit there is no deceit.
3 For when I kept silent, my bones wasted away
through my groaning all day long.
4 For day and night your hand was heavy upon me;
my strength was dried up as by the heat of summer. Selah
5 I acknowledged my sin to you,
and I did not cover my iniquity;
I said, “I will confess my transgressions to the Lord”,
and you forgave the iniquity of my sin. Selah
6 Therefore let everyone who is godly
offer prayer to you at a time when you may be found;
surely in the rush of great waters,
they shall not reach him.
7 You are a hiding place for me;
you preserve me from trouble;
you surround me with shouts of deliverance. Selah
8 I will instruct you and teach you in the way you should go;
I will counsel you with my eye upon you.
9 Be not like a horse or a mule, without understanding,
which must be curbed with bit and bridle,
or it will not stay near you.
10 Many are the sorrows of the wicked,
but steadfast love surrounds the one who trusts in the Lord.
11 Be glad in the Lord, and rejoice, O righteous,
and shout for joy, all you upright in heart!

How do we find forgiveness? You won’t get that from our leaders. They would damn you. They would damn Zacharias. Once you have broken their woke laws, you are dehumanized. As Undermeschen, you are deplorable, to be disposed of. Your only utility is as an object of tive minute hate, so that the rancid narrative of lies continues.

THis is not how it is. There is a living God, and he can forgive you.

2 And behold, some people brought to him a paralytic, lying on a bed. And when Jesus saw their faith, he said to the paralytic, “Take heart, my son; your sins are forgiven.” 3 And behold, some of the scribes said to themselves, “This man is blaspheming.” 4 But Jesus, knowing[a] their thoughts, said, “Why do you think evil in your hearts? 5 For which is easier, to say, ‘Your sins are forgiven,’ or to say, ‘Rise and walk’? 6 But that you may know that the Son of Man has authority on earth to forgive sins”—he then said to the paralytic—“Rise, pick up your bed and go home.” 7 And he rose and went home. 8 When the crowds saw it, they were afraid, and they glorified God, who had given such authority to men.

9 As Jesus passed on from there, he saw a man called Matthew sitting at the tax booth, and he said to him, “Follow me.” And he rose and followed him.

10 And as Jesus[b] reclined at table in the house, behold, many tax collectors and sinners came and were reclining with Jesus and his disciples. 11 And when the Pharisees saw this, they said to his disciples, “Why does your teacher eat with tax collectors and sinners?” 12 But when he heard it, he said, “Those who are well have no need of a physician, but those who are sick. 13 Go and learn what this means, ‘I desire mercy, and not sacrifice.’ For I came not to call the righteous, but sinners.”

There are a few things we can take from this. The first is that we are all flawed and we all sin. We need to deal with these things. We need to grow up, put our adult pants un, support ourselves, not assume that the government awes us a living and deal with the pain that our actions have caused others.

One of the things parents can do is not rescue kids when they go off and do doofus stuff. They can fund their meth, or their move to Wisconsin.

Secondly, God is merciful and he came to this world not to praise those who said they were virtuous. He chose instead the despised, the quislings, and the workers. He came to rescue sinners.

That category includes me, and you.

Thirdly, the use of flaws to promote the lie does not alter the cold equations built into our humanity. To marry, you have to make the effort to find a man or woman, and then you have to learn the skills of being a husband or wife. There is a patriarchy, and most of the time it works. The matriarchy promoted for the plebeians causes misery.

Hat tip to the Captain here.

Sydney Smith was a big believer in letting things work themselves out. In an article for the Edinburgh Review in 1810 on women’s education, the liberal clergyman mocked the idea that anyone should worry that giving ladies too much schooling might unfit them for motherhood. “Can anything,” he wrote, “be more perfectly absurd than to suppose that the care and perpetual solicitude which a mother feels for her children depends upon her ignorance of Greek and mathematics, and that she would desert an infant for a quadratic equation?”

An admirable sentiment, but is it completely true? Can we just assume that the impulse to form families is so strong that society can always trust that people will find a way to satisfy it?

Nearly 25 percent of Millennial women are now projected to have zero children in their lifetimes. Less than 5 percent of women say when asked that they want no children. That leaves the other 20 percent — millions of women who will die childless, not because they wanted to, but because they couldn’t put the pieces together in time.

Zacharias will have to give an account for his errors and sins to that final judge. he has left us. But he has Christ, who died so we could have mercy.

To my knowledge, the human death rate remains 100%. We will all face the same judge. None of us are good. The most saintly are those most aware of their sins. And they, as we should, praise God, for he requires mercy, not sacrifice, from us. And for us.

He who is without sin / temptation cast the first stone.. there are none so high that won’t fall

I’ve known about the Ravi Zacharias thing for at least a couple of months, maybe longer than that, even.

It was disappointing, and his immorality, if substantiated, was sinful. But that story is also being reported in ways that completely remove agency from the women involved, treating it as if they were children being abused.

I heard about this from our pastor on Saturday – without the details. He was pretty bummed. But then he preached a good sermon on purity… so hey. I’m bummed too. Usedtocould listen to Z read a phone book and enjoy it. Oh well. As you say, men are not meant to be idols.

I worry about two things 1) The tendency of the Church to MAKE humans into idols and 2) the witness to the outside world.- the enemy makes much of the fall of the famous.

We have to do our best to be known, and to be known as Christians, so we can *collectively* offset this, so that we can follow the Bible and be known for our love for one another. It takes a lot of ordinary Joes and Janes who are “decent blokes” to do that work.