There are a lot of people who are walking away from any community or tradition or part of the world because everything is now converged. We work among the fallen and we are told that to attempt to stand up and shun your besetting sins is not merely weird but treasonous. Or that it is a blasphemy to the new religion of tolerance. If we agree to this religion, and mutter the pieties: be a good feminist and anti racist, consider there is global warming, take your vaccines and wear your mask, and never, ever damn the lies that are official in our nations, you will do well.

But you will be lying. And this God hates. He wants us to walk in truth and life. He did not spare Israel when they institutionalised apostasy, and he won’t spare us.

If we could sum up the meaning of shalom in our age, it would be something like social stability. Even that is highly abbreviated. It’s the image of people of faith living together under a divine covenant, holding to the teaching of the Word. It’s the multi-generational transference of that eternal moral viewpoint, having children grow up into it and assuming it’s importance. Not just a mental assumption, as something they’ve been taught not to question. This is more of the heart-led assumption because they fully understand how all the questions are answered.

We never had that here in America. That’s why I don’t lament the loss of America. What I lament is the loss of something that America at one point allowed. For a brief period of time in American history, government allowed communities to form that varied from each other, so long as they fit within the broad general boundaries of the wider national identity. That wasn’t so hard to do back then. But that older, gentler national identity is long gone, and so is the tolerance for the variations in what God requires of us.

The reason it’s a real apocalypse is because we are not allowed to teach our children, and we are not allowed to build a community in which people of faith can actually expect to find other people of faith. Do you understand that it’s normal when churches are filled with people who very much need to learn how to walk by faith, because they still struggle with the flesh? That’s okay, because church is where they are supposed to learn faith, but having those same people lead the church is a serious problem. And that’s what we have now. Churches are so institutional and so professional that genuine faith is actually a hindrance to the system.

There is not a single church out there that will tolerate me, because they cannot tolerate my calling and mission. I’m not angry about that, just disappointed. I worked for decades inside the system, and I know beyond all doubt that my faith is a threat to it. Let them have their own path. I can’t say that they aren’t following their own calling, only that they won’t let me follow mine without leaving the system.

What makes this tribulation and persecution is that it is technically illegal for me to build something more amenable to my faith. Think about this: How many judges are willing to shut down an SJW complaint? How many judges would protect a genuine statement of biblical faith about gender and family structure? We shouldn’t care what people do to themselves, but we pine for the freedom to make different choices for ourselves. And it’s really not just judges, but the people who hold the actual power in making things possible in the current situation. How many state governments, ruling over education, would tolerate a home school curriculum based on heart-led faith that disparages materialism?

Materaialism or its stupid cousins socialism and libertarianism won’t answer the issues that come from being human. They cannot. You cannot solve supernatural problems by natural means. And this battle is spiritual above all: the material fashions are the waves, but the spiritual war is the current.

30 The words of Agur son of Jakeh. The oracle.

The man declares, I am weary, O God;
I am weary, O God, and worn out.
2 Surely I am too stupid to be a man.
I have not the understanding of a man.
3 I have not learned wisdom,
nor have I knowledge of the Holy One.
4 Who has ascended to heaven and come down?
Who has gathered the wind in his fists?
Who has wrapped up the waters in a garment?
Who has established all the ends of the earth?
What is his name, and what is his son’s name?
Surely you know!
5 Every word of God proves true;
he is a shield to those who take refuge in him.
6 Do not add to his words,
lest he rebuke you and you be found a liar.
7 Two things I ask of you;
deny them not to me before I die:
8 Remove far from me falsehood and lying;
give me neither poverty nor riches;
feed me with the food that is needful for me,
9 lest I be full and deny you
and say, “Who is the Lord?”
or lest I be poor and steal
and profane the name of my God.

The first thing we have to do, right now, is not take the darn pill. At the moment we have a car that is getting old, and we are hoping it will last through the winter. At that time it will need to be replaced, and the upsetting we have seen here is simply amazing. People think you should always upscale. You should be successful.

I see people get promoted and praised and look at their activity, unimpressed. Bruce Charlton said that no honest scholar gets promoted above a certain level, and there is a bleak truth there. Take the ticket, or be in the approved group, and all will be smooth.

But those of Christ are not. The culture is no longer Christian. it is winter. You can influence your children and your friends. A little.

But you cannot stop them being tempted, nor can we make a holy society seperate from the world. The Amish did fairly well, until feminism and social workers blew their families apart.

What we need is revival, so men worship God alone. 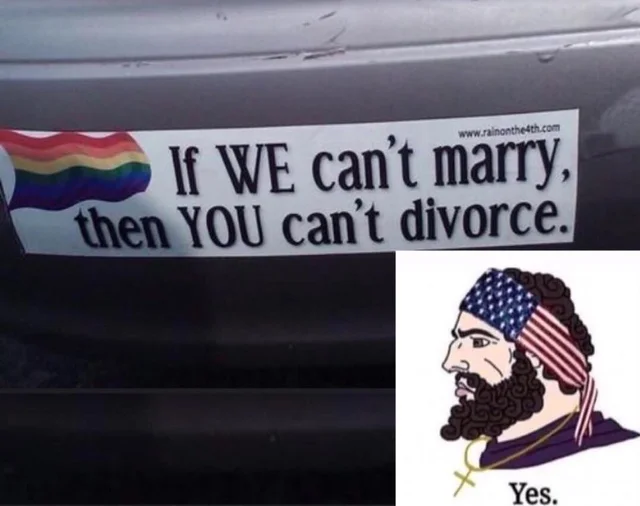 4 Then Jesus was led up by the Spirit into the wilderness to be tempted by the devil. 2 And after fasting forty days and forty nights, he was hungry. 3 And the tempter came and said to him, “If you are the Son of God, command these stones to become loaves of bread.” 4 But he answered, “It is written,

“‘Man shall not live by bread alone,
but by every word that comes from the mouth of God.’”

5 Then the devil took him to the holy city and set him on the pinnacle of the temple 6 and said to him, “If you are the Son of God, throw yourself down, for it is written,

“‘He will command his angels concerning you’,
and

“‘On their hands they will bear you up,
lest you strike your foot against a stone.’”

“‘You shall worship the Lord your God
and him only shall you serve.’”

11 Then the devil left him, and behold, angels came and were ministering to him.

Let us be clear. What the whiggish West worshipped for the last hundred years — logical positivism, atheism, and a sense of evolutionary progress — failed. It requires that you have people of faith acting in the engine room who are honest, sober and Godly. Do that, and raise your kids right, and good things will happen. Do the opposite, and things will fall apart.

The Proverbs are true reflections of the patterns of humanity.

Secular humanism is just a blip on the timeline of human existence on the earth. It’s just a passing fad, and we can condemn it using Scripture, which reaches back to the very beginning in the Garden of Eden. Secular humanism is a Western artifact, and when the West is gone, secular humanism will go with it. Have you noticed how it’s brother, atheism, is fading so fast? Granted, some portions of atheism and secular humanism will probably stick around for the next civilization, but there’s a really good chance that future lies from Satan will meet the culture where it is. Instead of idolizing Aristotle and human reason, fools will worship other things. Mysticism will make a comeback, however deeply flawed.

Whatever it is you make of John’s Apocalypse and other passages about the Return of Christ and things at The End of this world, you don’t see much sign of secular humanism and the idolatry of human logical reasoning. Rather, you see more of human idolatry of just about anything except the Lord. We also see signs of demonic powers unleashed, and that is not a feature of secular humanism. Rather, it’s a sign of people consciously seeking out Satan.

Satan has always wanted to be worshipped. The Atheists were useful because it allowed activists to geld the church. We will either descend into paganism or we will have revival.

Pray for revival. And note this: we were last here when the whiggish ideology was new. It is now old, tattered, rancid, and wrapped in a shredded rainbow covered flag. Pray that in this crisis we turn again to God.

Or, as Vox Day says, get used to living without indoor plumbing.