This week I’m supposed to be on leave. Which means instead that we are in the process of doing a radical simplification of almost everything: consequences of having an empty nest. We are currently in social isolation due to a community outbreak of the Covid where I grew up. 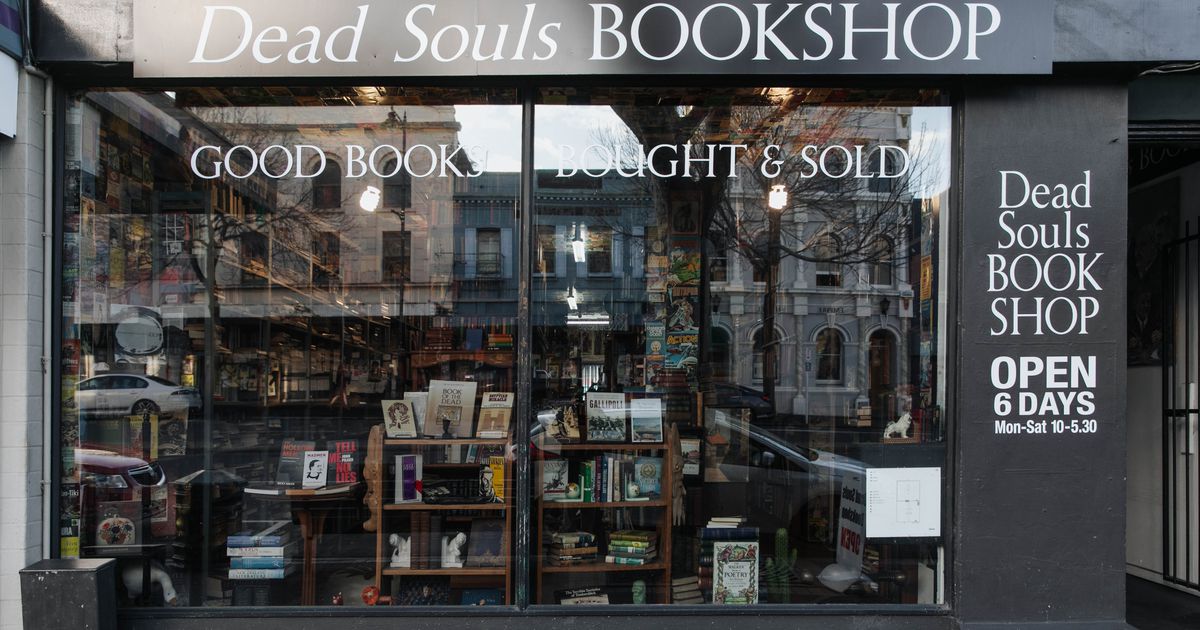 I’ve spent two days putting my library into storage for what I hope will be a short season, so the chances of a book review is low. Very low. In the process I’ve taken a half dozen crates of books to a second hand bookshop.

Which I had to leave. Fast. When I was younger and before Amazon, we used to have bookshops where you could browse for hours and I would have to limit the books I bought. I now walk out of bookshops empty handed. It took me three months to spend the book vouchers I got for my birthday. The second hand bookshop — well Kea found a book from 1835, which is older than our nation. I found a collection of Joseph Conrad, a translation of Pushkin.

I will visit. As a treat, and a budget. Too much good stuff there. Best to read them one or two at a time… and all the books on their website need to be avoided.

The end of Baen’s Bar

When I was packing the books for storage about four boxes were Baen hardbacks. Jim Baen had a good motto: “Get science fiction in the gutter where it belongs!. The books included the Manatee (just finished reading his most recent collaboration, based on what a 10 year old considers cool: pirates, thieves and mecha), the Ringo — who is at times too accurate in his predictions, David Weber, and Kratman and Eric Flint. Flint is a Trotskyite. Kratman writes manuals on how to destroy Trotskyites disgused as fiction. In the old days there was a place where you could go to discuss books, called Baen’s bar. I hung there at times. It’s now in hiatus. From Toni Weiskopf, the publisher.

When the modern form of SF began, with Hugo Gernsback and the other pulp magazines of the early 20th century, the publishers fostered that interaction through letter columns in the magazines and by encouraging science fiction readers to organize in clubs and meet in conventions. Baen Books continued that tradition with Baen’s Bar, a kind of virtual convention and on-line conversation that has been around in some form for over 20 years.

The moderators are volunteers. The readers, editors, and writers post and interact on the Bar at their own desire. Some conversations have been gone over so many times, they’ve been retired as simply too boring to contemplate again. Sometimes the rhetoric can get heated. We do not endorse the publication of unlawful speech. We have received no complaints about the content of the Bar from its users.

That said, it has come to our attention that allegations about the Bar have been made elsewhere. We take these allegations seriously, and consequently have put the Bar on hiatus while we investigate. But we will not commit censorship of lawful speech.

It is not Baen Books’ policy to police the opinions of its readers, its authors, its artists, its editors, or indeed anyone else. This applies to posts at the Bar, or on social media, on their own websites, or indeed anywhere else. On the Bar, the publisher does not select what is allowed to be posted, and does not hijack an individual’s messages for their own purposes. Similarly, the posts do not represent the publisher’s opinion, except in a deep belief that free speech is worthy in and of itself.

Which is now, of course, considered hate speech. David Weber weighs in. Like him, I remember having heated political arguments before I was 19. With the aforementioned Trotskyites. I developed an allergy to doctrinaire socialism early.

So, Jason Sanford thinks that Baen’s Bar, the online discussion forum that Baen Books has maintained for its readers for around twenty years, is “Being Used to Advocate for Political Violence,” to quote the title of his self-righteous, biased, and intellectually dishonest hit piece.

Which, in case you haven’t already deduced this, is in my opinion — I realize I am sometimes guilty of a certain lack of clarity — a pile of horse shit.

I haven’t been on the Bar regularly in quite some time, and when I have been there in the last few years, I’ve tended to lurk rather than posting myself. Mostly, that’s because I do not have the time to engage with readers there the way that I would if I didn’t just lurk. There’s way too much conversation back and forth, too many fascinating rabbit holes to dive down, too many “oooooh, shiny!” moments. And there is enough online interconnectivity — now, as opposed to when Jim Baen demonstrated his forward thinking yet again by creating the Bar — that I have manifold other ways to reach people.

But there is no way in hell that the Barflies, as they are affectionately known, are advocating for political violence. Opinions are expressed, especially in the politics forum, and tempers are running high on both sides of our current political divide, so there’s a certain degree of venting. And there are a surprising number of historians, who can be relied upon to summon up historical examples to back their points. And there are heaps of independent thinkers, who aren’t going to hew to any particular party’s line and can be trusted to step upon any sore political toes in the vicinity. And there are quite a lot of veterans, who know what violence is REALLY like — unlike the vast majority of people who are currently hyperventilating about it in this country — which means the LAST THING they would want would be to instigate violence that is anything except defensive.

But once upon a time, back when there was genuine free speech in this country, one was ALLOWED to vent, to express opinions, to worry publicly about current political trends WHOEVER YOU WERE. You didn’t have to be on the “right side” of some self-appointed Guardian of Public Morality™ or the Currently Correct Way to Think.™ All you needed to be was an American citizen exercising your right to state an opinion. There are times when I regret closing in on 69 as opposed to 19 at this particular time in history for reasons that have nothing to do with age, because I remember how it’s SUPPOSED to work. I remember how we were SUPPOSED to have the right to disagree with one another without having hateful labels — Libtard, Commie, White Supremacist, Racist, Nazi, Whatever-The-Fuck-I-Hate-Worst — applied to us by people who simply don’t want to hear what we have to say and make the monumentally arrogant assumption that they KNOW what we are REALLY thinking, no matter what we SAY. Or what we actually DO, for that matter. And if we don’t prove that we Agree with Them™ by worshiping — publicly — at THEIR altar of who must be canceled or silenced, we must be evil, corrupt, VILE human beings out to overthrow All That Is Right and True™. I wish that my kids, who are CURRENTLY 19, would be in a position to remember the same “how it’s supposed to be” that I do, but how likely is that, really, in a world where politically motivated hit jobs like this have become the norm?

These wokesters don’t know what will replace this. I do. It will look like the vile faceless minions Vox Day jokes about, and the ilk who inhabit his blog. Much less tolerant. More scholarly. Much more disciplined.

And without any sense that quarter is an option for their enemy. I am not sure about the 19 year olds. My 20 something offspring giggle that people ever thought speech was free. They see speech as offensive, and to be used as a weapon — for the approved revolution or the inevitable counter revolution.

I expect, before I die, that the inquisitors will be saying “Have you ever, or are you now, an advocate of intersectionality or woke?”. Pandora’s box has been opened.

We are simplifying in part because of this: the median house price has inflated by 118K this year. If you see a bubble, get out.

Parler is back. I’d avoid it. Anything that relies of venture capital is fragile. Things built organically, like Gab, are antifragile.

With the COVID thing going on I’m profoundly glad I’m not at work because that means I don’t have to deal with the press, who are converged. With evil.

They will not hesitate to lie, cheat, and steal in order to drive a particular narrative. They’ve done it before, and they will happily do it again. Journalism is no longer an honourable profession that draws fearless truth-seekers into its ranks – if indeed it ever was. It is now a field full of charlatans, fools, grifters, and losers. They lie through their snake-teeth with their forked tongues, and they do it without so much as batting an eyelash.

These are the people that we must stand and fight against. They deserve no mercy or pity from any of us.

You have to start by cutting yourself off from their poison. That means that you must refuse to consume their lies. This will, by definition, make your life considerably more complicated. You will now need to search out and find new sources of information. And you will then need to exercise your intellect and brainpower to make sense of that. This may prove difficult if you were brought up on a steady diet of whorenalist-excreted “news”. But you need to do it.

The next step is to pray for them, and hope that they repent and beg for forgiveness from Our Father. If they do, all well and good. Treat them with caution until they have proven that they can be trusted – and give them hard tests to pass, so that they truly earn that trust.

But the vast majority of these journalists deserve nothing better than a one-way helicopter ride.

Simplification includes getting rid of the mainstream press. In NZ, they are promoting panic (I fully expect our three day lockdown to be extended in an hour or so). They have run out of love, so they are turning to the tools of tyrants.

This has never ended well.

Bought my house for $94k twenty years ago. After a variety of false starts, a divorce, and refinances for improvements, it is almost paid off. Right now the bubble price is something north of $350k. I’ve thought about getting out but I’m content (for now) where I am in a small town. If the bubble goes away, well worst case scenario I will own my own home outright. If it doesn’t, or if it goes away and then comes back, then extra retirement money I guess.