The news this morning in New Zealand, in every newspaper and radio, is that NZ retained the America's Cup. I'm quoting the ODT, which kept some sanity, but Pravda One took an entire hour to praise the yachtsmen and themselves and note the PM was going to give a speech. Some of the races were interesting, and it was (along with it being St Patrick's Day) an excuse for a party. However, I agree with Bomber Bradbury: the fact the government subsidized the racing is immoral.

Look, I appreciate the skill and technology that goes into making and sailing these toys, but I’ve always felt that if the Billionaire class want to race toy boats, then they should fucking pay for it themselves and not drag public money into it!

The 22 000 waiting for public housing, the 4000 kids in motels and the entire generations locked out of home ownership will all be very happy that we won the taxpayer funded Billionaire toy boat race.

Re Patrick's Day: we had a pile of things to do yesterday and that continued late. We saw the aftermath of the party, or smelt it, when we stopped to get some food in the student quarter. A nauseating mistake: we left before we where overwhelmed by the stink.

In sadder news, Sabine Schmidt has died. Rest in peace, and prayers for her family.

Now onto what is going on.

Or, it is not OK to be white, and complaining about it is worse. The simplest thing to do is not attend any consciousness raising if you are superstraight [1], white, or middle class. You won't get promoted. Just keep your sanity. And don't ever put stuff up on twitter or youtube or facebook.

University of Vermont students and faculty members are calling for the resignation of professor Aaron Kindsvatter in response to a video he posted last week, in which he claimed that he feels ostracized for being white.

On March 8, Kindsvatter, a professor of counseling in the College of Education and Social Services, uploaded the video to YouTube, titled “Racism and the Secular Religion at the University of Vermont.” In the nine-minute video, which has since received more than 15,000 views, Kindsvatter asserted that he “first heard of whiteness” when a faculty colleague “offered to help [him] with it, like it was some kind of disease,” as he put it. “It was a dehumanizing experience,” he said.

“I never expected the concept of whiteness to endure, because it’s so obviously discriminatory,” Kindsvatter continued. “But not only has this ideology endured within the university, it has flourished.” He cited a July teach-in organized by UVM’s Division of Diversity, Equity, and Inclusion, called “Turning the Conversation to Whiteness,” as an instance “in which a number of vague social ills were associated in a causal way with people of a particular race.”

This Prof better have a private counselling practice up and running, because I expect his academic career is now over in the woke academy. What the woke academy does not understand is that most clinicians make more money working than teaching. Eventually this will end badly. For the colleges.

However, the woke won't learn.

A Bay Area assemblyman wants to ban from service police officers and police officer candidates who are members of hate groups or have used hate speech in the past, even in “a private discussion forum” online.

Yet the definition of a “hate group” and “hate speech” used by Assemblyman Ash Kalra’s (D – San Jose) new bill, AB 655, is incredibly broad. Not only does it include armed militia groups and white supremacists promoting “domestic terrorism,” it also includes police officers expressing conservative religious or political views on abortion, marriage, and gender or with membership in a political party or church that does.

So that is all conservative Christians, all people who voted republican... unable to be police officers. And we wonder why the crime rate is increasing.

Well, the gun ban did not work

I know this is a slow day in Chicago, but in NZ gun violence is rare. Which is one reason Brendon Tarrant moved from Aussie to NZ to plan mass murder. (Note to Jacinda: he was an Aussie. He was not one of us)

In a briefing to Police Minister Poto Williams, Assistant Commissioner Richard Chambers noted an increase in gang-related violence in the Counties Manukau police district, with violent clashes linked to tensions between members of the Tribesmen MC and Killer Beez gangs.

Worsening gun violence linked to gang turf wars, illicit drugs and the insidious cancer of organised crime has left more than 350 people with firearms injuries across Auckland in five years.

We forget, at our peril, that criminals ignore the law. This is akin to the suggestion that there is a curfew for men. Decent men will listen. Predators won't. It is far wise to give the vulnerable a means of defence: if not pepper spray or mace, then at some form of armament and training.

The host is adapting

I could make this a whole post, but that would steal from Soviet man. The high trust nature of WEIRD (Westner, Educated, Industrial , Rich and Democratic) societies allwos the woke in. Other societies dnn't care. An example. My first wife was Chinese, from an old NZ Chinese family. What I did not understand was the level of ethnophilia and suspicion Chinese -- even superficially acculturated, educated Chinese -- have. I would never be anything but a gwail0 An educated, high status one, but nothing else.

The Chinese would beat the woke out of their children. Literally. They should not be demonstrating: they should be studying.

The west cannot afford to be high trust, so we will no longer be so. But in becoming less WEIRD we lose prosperity.

Western: we are ashamed of what we are and wish we were less so. We demonize our appearance, refuse to build in our architectural traditions, cancel our great artists and writers, and despise our own history.

Educated: credentials have increased but our thinking skills and ability to get things done have cratered.

Industrialized: all gone to China.

Rich: some of us are more so but the middle class is being squeezed out of existence, especially among the younger generations. Infrastructure is crumbling and some life expectancies are declining.

Democratic: Almost half the US population does not accept the legitimacy of the 2020 presidential election. More about this later.

Along with the terms that fit into the acronym, we also see a decline in other Western traditions.

Rule of law is being replaced by anarcho-tyranny where crimes are prosecuted on a who/whom basis.

On the left we see a retreat from reason and evidence. On the fringes of the right there is a resurgence in ethnocentrism and religious intolerance.

In terms of liberal, Enlightenment values, peak WEIRD was probably reached some time in the 1990s and the subsequent decline accelerated rapidly from 2013 to the present.

I’m not 100% sure, but today I will put forward a theory about two related forces that may have undermined our traditional, Western values – immigration and Woke cultural dominance.

Well the woke are fragile. They want everyone to agree with them, and when they do not they resort to invoking their hate group of the day. William Briggs on the Church stating what it has always stated. 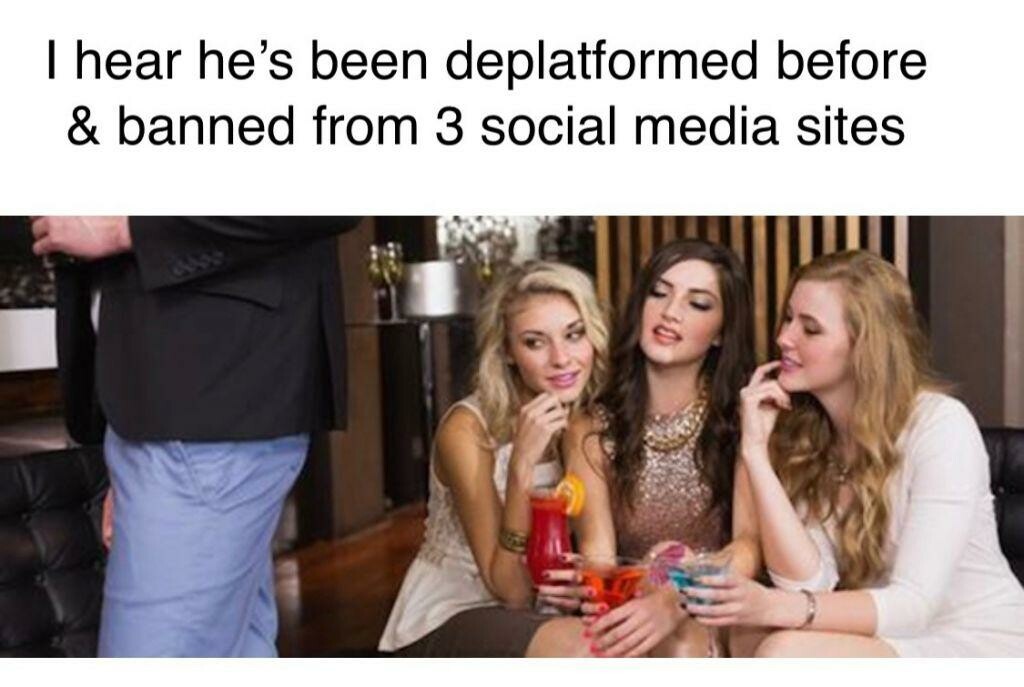 The kicker was this: “[God] does not and cannot bless sin”. Which, though obvious, caused shrieks of horror.

This changes no understanding or teaching of the Church. It shocks the sensibilities of those men in the Church who are “oriented” towards men and boys who are always looking for loopholes into which to insert their sodomy. But this official answer is, after all, on the order of “sun rises in the east”.

Which means the reactions to the news were more about the expectations of those receiving it than the Church’s perpetual teaching.

Now the reporting of the news, if you can believe it, was mostly straight, with very little hyperbole. There is no pun: because there are no such things as “straights”, no, nor “gays”. You are not your sexual desire. Which is why there cannot be same-sex “marriages”.

Not surprisingly, some tied the Vatican’s decision as caused by, yes, “white supremacy“. Which shows you the debased still acknowledge demons, though they’ve identified the wrong ones.

Many people tried comedy, wondering about the altar boys diddled by the priests “oriented” that way. These jokes all died aborning, because they imply these critics would therefore be for these practices if same-sex blessings were allowed.

These people never seem to remember the Trinity, that Father-Son-Holy Ghost is God, and that what one says, God says. And it’s clear God says no.

I originally thought Fr James Martin, who loves all forms of sodomy, was taking the news well. No public tears or hysteria, words about change is still possible, etc. But when I tweeted what’s below to him, he blocked me on Twitter. The poor dear.

Well, they still have their pozz, with damaged goods and soyboys. This will end badly: when you put transexual models in a magazine read by male sports fanatics to redefine beauty you are going to fail. 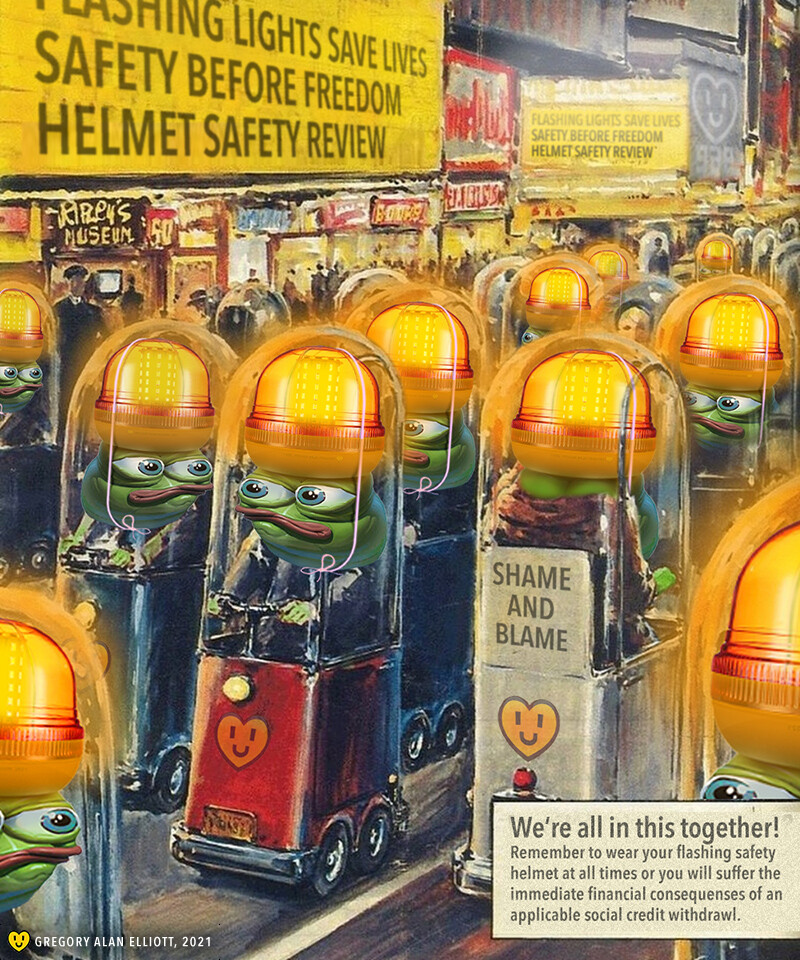 The Turks are Turks

ANZAC day is one of the secular days respected in Australia and New Zealand. Until COVID, when the Turks closed it. Looks like they are doing it again. With the acceptance of our woke government, who are defecating on the memories of those who died. They would rather celebrate Brendon Tarrant's victims [2], and blame Christians and Kiwi whites despite the fact the bastard was Pagan, Green, and an Aussie.

Joint New Zealand and Australian Anzac Day services at Gallipoli have been cancelled for the second year in a row.

The New Zealand Embassy in Turkey will instead arrange for wreaths to be privately laid during Anzac Day at the Anzac Commemorative Site and Chunuk Bair.

New Zealand's Minister for Veterans Meka Whaitiri says after working closely with health authorities and Turkish hosts, the Government has accepted advice that due to Covid-19, it is not safe to hold public commemorations at Gallipoli.

"We have taken into account the welfare of New Zealanders and other nationals travelling to our Gallipoli services, as well as the impact of large gatherings in Turkey.

"We continue to value the generous support of the Turkish authorities for our Gallipoli commemorations, and are committed to resuming Anzac Day services at Gallipoli when it is safe to do so," she said.

Whaitiri said she knows many New Zealanders around the world will be disappointed that they cannot travel to Gallipoli.

"We encourage them to engage with the Stand at Dawn concept which began last year and which provides a way for Kiwis to take a moment to reflect on everything Anzac Day stands for," she said.

Last year, the Stand At Dawn campaign enabled New Zealanders to remember falling servicemen while remaining in their household bubble.

Further details around Stand at Dawn commemorative activities will be announced by the New Zealand Defence Force and Royal New Zealand Returned and Services' Association next month. 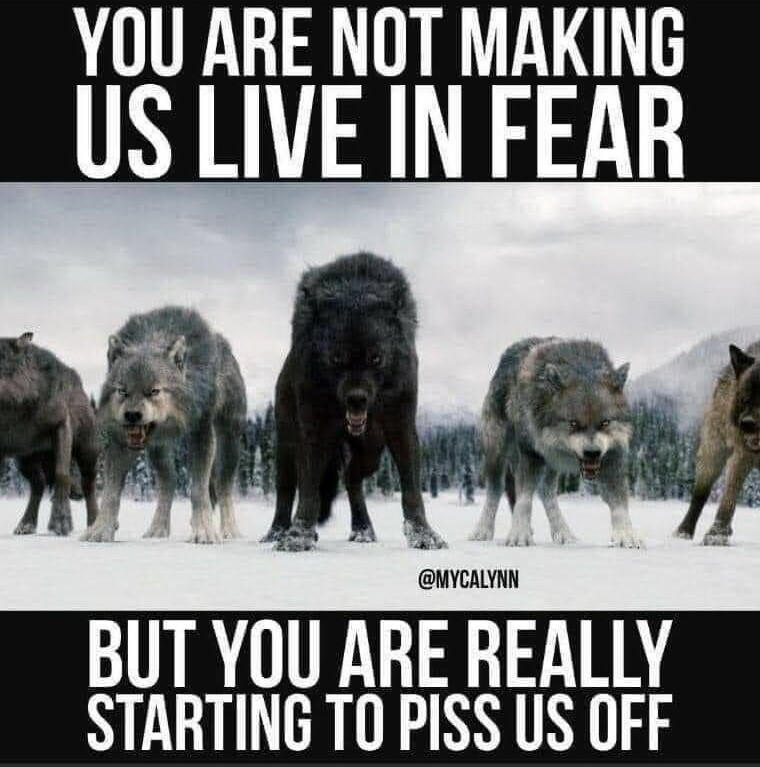 The government has engineered another quarter of contraction. They can't claim to have beaten COVID and micro regulate us for ever, and if they try, it will end badly.
______

1. The transfascists have yet to learn to never pick a fight with 4chan.
2. No you cannot keep a NZ benefit if you don't live in NZ.