Well, it’s Saturday here, and things are getting autumnal. We are having cool mornings. The heat pump is needed most nights. And many people have been made idiots. Didact notes that in the Northern Hemisphere (and in the antipodes) the politicians have gone full hubris, and that never ends well.

Millions more are HUGELY upset at the idea of anything ever returning back to “normal”. Unsurprisingly, people like to receive money to sit on their arses and watch TV and download PR0N all bloody day long. Never mind that staying in lockdown makes people fat, stupid, depressed, and seriously unhealthy – if we reopen back up, we MIGHT kill Granny!!!!!

Lord, have mercy, for we are surrounded by morons.

Nonetheless, we all appear to be emerging, blinking like moles exposed to sudden bright sunlight, back into a living world. And that is very much a Good Thing.

Now, make no mistake, the world around us appears to be spinning quite rapidly out of control. Politicians have gone mad with power, and people no longer hold them to account – because they CANNOT and WILL NOT. The impending breakup and destruction of the American (and European) system of government can no longer be averted. There are plenty of things for us to be glum and gloomy about.

And yet… something tells me that we are going to get through this, one way or another. As long as we stay focused on what our God wants for us, we’re going to muddle through.

The morons are thinking that they can track everyone through the internet. I don’t think they can. There are too many weaponized autists at /pol/. What this will do is drive open source options that do allow you to say your dog made that meme.

This is hardly the first effort to lockdown the entire Internet. Previous measures have failed, perhaps because most of them also partnered with the BBC, notably absent in this attempt. (Yes, yes, correlation implying causation… but the boot fits.)

It does paint a nightmare scenario, however. Crash the Internet and use the crash to convince the government to spend megabucks on malware-firmware upgrades that implement this kind of data tracking at the router/server level. That would be, dare we say, a very COVID-like move. (GunnerQ points at Pfizer demanding military bases from Latin American countries as collateral against quaccine lawsuits.)

Of course, if such an attempt is as tech-literate as this warning that was probably forced by God to give the world a heads-up then we’re worried about nothing.

But the left remains stupid, trying to establish a secular state religion and blasphemy laws. thinking that their old tweets will not be found, and that the opposition to the left have not learned from the left how to fight dirty and deplatform. The left do enough of this anyway: Dr Seuss, that progressive child author, is the latest victim.

But there is some good news. The Relief industry — and it is an industry: it markets guilt and redemption in the West while perpetuating problems in the third world — is being held to account. The Danes have a better idea. They support relief camps near war zones and when the war is over, repatriation.

Investigators in Trapani, Sicily, formally closed the inquiry on Monday and charged more than 20 people, including boat captains, heads of mission and legal representatives, with crimes carrying sentences of up to 20 years.

As reported by La Repubblica, at least three rescue boats are at the centre of the charges: Iuventa, a former fishing vessel run by the German NGO Jugend Rettet, Vos Hestia, operated by Save the Children, and Vos Prudence, run by MSF.

Prosecutors claim rescuers arranged a direct handover of the refugees and migrants from smugglers’ boats, returning the boats to be reused.

The Iuventa crew, MSF and Save the Children deny all the accusations.

“Saving lives is never a crime,” Francesca Cancellaro, lawyer for the Iuventa crew, told the Guardian. “We will prove that all the operations of the Iuventa crew were absolutely lawful. While the EU turned away from the Mediterranean, transforming it into a mass grave for Europe’s undesirables, the crew of the Iuventa headed to sea as volunteers, in order to protect the fundamental rights to life and to seek asylum, as required by international law and even more importantly, human solidarity.”
Dariush Beigui, captain of the Iuventa, said: “As long as governments break their own laws, international conventions and maritime law, all accusations are like a joke to me. It would be funny if it didn’t mean death, distress and misery for the people on the move.”

Save the Children said it had always acted in full compliance with international law and with the Italian Maritime Rescue Coordination Centre. “We have always worked solely and exclusively to save lives,” it said. “We are confident that the propriety of our work will be confirmed, when all the facts have been considered.”

Dozens of investigations have been launched by Italian prosecutors against NGOs in recent years, the majority of them later dropped.

The MSF and Save the Children advertisements on TV are all about $5 saving a child from dying needlessly. Not abetting the movement of people into Europe, which can no longer provide for them. Like Antifa, they would ruin the nation and city to save it. 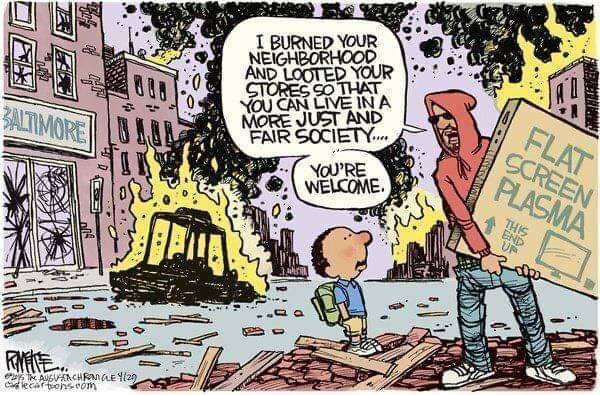