There is a desert pf atomisarton and despair awaiting those who reject Christ and the Gospel, who despise the laws of God (which Moses pointed out were given for our own good, so we could live in harmony and have a peaceful life), but the woke call it spirituality.

And when a Prime Minister is asked to talk about hsi faith, the woke explode.

Earlier this week, a video was released of the Prime Minister speaking to the Australian Christian Churches conference on the Gold Coast. The ACC is an umbrella association of Pentecostal churches in Australia. It no longer counts Hillsong as a member with the global megachurch preferring to go its own way in 2018 but it still accounts for a membership of 1100 congregations and an estimated 375,000 followers in Australia.
Pentecostalism is a renewal movement that sits broadly within Protestantism and places emphasis on a direct personal experience of God.
In the media much was made of Morrison’s speech, his reference to elements of social media being driven by the “evil one”, the practice he adopts of ‘laying on of hands” as a form of spiritual healing and consolation, and his belief that he and his wife, Jenny have been chosen for important work by God.
And just like that, the Left lost their minds. 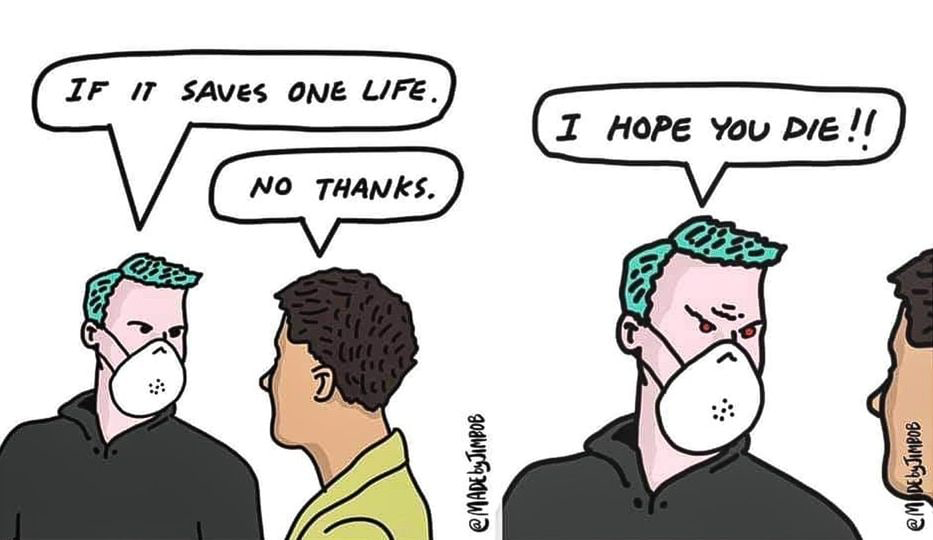 What happens is that those in the desert hate those who have access to spiritual food and water; what they have is koolaid laced with roundup and vegan plastic synthetic neofood.

Oae of the reasons the west is dying is because what used to be a rich society of worship and fervent faith — you can fault the Prots and the Papists of many things, but zeal in their faith was not one of them — has become apostate.

It is now a desert, and the woke want to shut the word of God, which is orecisely what is needful for each person and each individual.

Amos 8:11-13
11 “Behold, the days are coming,” declares the Lord God,
“when I will send a famine on the land—
not a famine of bread, nor a thirst for water,
but of hearing the words of the Lord.
12 They shall wander from sea to sea,
and from north to east;
they shall run to and fro, to seek the word of the Lord,
but they shall not find it.
13 “In that day the lovely virgins and the young men
shall faint for thirst.

Acts 8:9-25
9 But there was a man named Simon, who had previously practised magic in the city and amazed the people of Samaria, saying that he himself was somebody great. 10 They all paid attention to him, from the least to the greatest, saying, “This man is the power of God that is called Great.” 11 And they paid attention to him because for a long time he had amazed them with his magic. 12 But when they believed Philip as he preached good news about the kingdom of God and the name of Jesus Christ, they were baptized, both men and women. 13 Even Simon himself believed, and after being baptized he continued with Philip. And seeing signs and great miracles performed, he was amazed.
14 Now when the apostles at Jerusalem heard that Samaria had received the word of God, they sent to them Peter and John, 15 who came down and prayed for them that they might receive the Holy Spirit, 16 for he had not yet fallen on any of them, but they had only been baptized in the name of the Lord Jesus. 17 Then they laid their hands on them and they received the Holy Spirit. 18 Now when Simon saw that the Spirit was given through the laying on of the apostles’ hands, he offered them money, 19 saying, “Give me this power also, so that anyone on whom I lay my hands may receive the Holy Spirit.” 20 But Peter said to him, “May your silver perish with you, because you thought you could obtain the gift of God with money! 21 You have neither part nor lot in this matter, for your heart is not right before God. 22 Repent, therefore, of this wickedness of yours, and pray to the Lord that, if possible, the intent of your heart may be forgiven you. 23 For I see that you are in the gall of bitterness and in the bond of iniquity.” 24 And Simon answered, “Pray for me to the Lord, that nothing of what you have said may come upon me.”
25 Now when they had testified and spoken the word of the Lord, they returned to Jerusalem, preaching the gospel to many villages of the Samaritans.

What happens if the word of God is proclaimed with power and authority is that people try to buy in and grift. Simon Magus was not a magician as we consider it, but an occultist, one who had experience with the spiritual realm. There were many people like this in the 1st century AD: the sons of Scaeva were other examples.

As if the church is a business and requires Marketing. Morrison was involved in the advertising industry before politics, and he knows that the gospel is not proclaimed by appealing to our vices, our envy, or our wish for power.

And the reaction on twitter described in the post I quoted above shows that he is correct about social media being controlled by the evil one.

And all the woke can do is sneer.

But their approval will not save you.