Is it getting cold?

Yes, I know that the climatologists are calling this weather and not global warming. We have not had snow yet in May, but we often do have a snowstorm around now as winter begins, But the snow was on the hills in Central at the beginning of the month, and it is continuing in the Lake District of England.

Following its coldest APRIL since 1922, England is now on for its coldest MAY since record-keeping began some 362 years ago–since the Maunder Minimum (1645-1715)!
Back in 1659, England was still processing the death of Oliver Cromwell, who, after the execution of King Charles I, had ruled the Commonwealth of England for 5 years. The year 1659 is also the start date of the Central England Temperature (CET) dataset, which has proved an invaluable resource for meteorologists and climate scientists alike. Astonishingly, what the dataset reveals in 2021, in this time of supposed “catastrophic global heating,” is that England is on for its coldest May in more than three and a half centuries (at least).
Even more astonishingly, note that 1659 falls within the early-stages of the Maunder Minimum (1645-1715)–a period of reduced global temperatures correlating with historically low solar activity during which the Sun was often devoid of sunspots for years and even decades at a time. Therefore, what the English are experiencing this May eclipses the extreme lows documented during the last full-blown Grand Solar Minimum.
Snow started falling on Tuesday, May 4, and was deep enough by Wednesday to allow the Lake District Ski Club to open its slopes. Members were “giddy” at the unusual sight of snow-covered mountains in May, according to club president Mike Sweeney. “I haven’t seen snow at this time of year before,” he said.
“It was fabulous, people were just giddy with excitement,” said ski club president Sweeney.
These May flurries have been substantial, too, rivaling what the area would receive in the depths of winter. 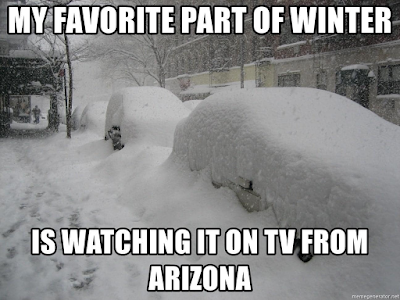 What is this person pointing to? At the risk of merely quoting an abstract, there is a hypothesis that climate has very little to do with variations in carbon dioxide, but instead relates to sunspot cycles. To quote one of the main articles:

Since 1990, the Sun has been in the declining phase of the quasi-bicentennial variation in total solar irradiance (TSI). The decrease in the portion of TSI absorbed by the Earth since 1990 has remained uncompensated by the Earth’s long-wave radiation into space at the previous high level because of the thermal inertia of the world’s oceans. As a result, the Earth has, and will continue to have, a negative average annual energy balance and a long-term adverse thermal condition. The quasi-centennial epoch of the new Little Ice Age has started at the end 2015 after the maximum phase of solar cycle 24. The start of a solar grand minimum is anticipated in solar cycle 27 ± 1 in 2043 ± 11 and the beginning of phase of deep cooling in the new Little Ice Age in 2060 ± 11. The gradual weakening of the Gulf Stream leads to stronger cooling in the zone of its action in western Europe and the eastern parts of the United States and Canada. Quasi-bicentennial cyclic variations of TSI together with successive very important influences of the causal feedback effects are the main fundamental causes of corresponding alternations in climate variation from warming to the Little Ice Age.

This Russian approach, which was one of the hypotheses in the Last Centurion, is Russian and rejected by the global warming consensus. But their results are reliably wrong.

The Sun’s historically weak solar cycle 24 took the majority researchers by surprise, particularly with regards to the very long minimum between cycles 23 and 24 (2008–2010) in which there was a lack of any activity at all.
As is the case with the failed Arctic Sea Ice predictions, scientists with a poor track record need discarding. And doing so would leave only a handful of solar physicists and space scientists that are successfully forecasting the cycles–with Abdussamatov being one of them.
It is these ‘fringe’ researchers that we need to listen to, not those of NASA and NOAA with their histories of failure.

The test of science is if the predictions work. If the consensus is correct, this winter will be warm. If not, it will be darn cold. All I know is that it went below freezing around here, and winter does not start officially until 1 June.