Notes to my generation

I’m generation jones. Some of those born in my cohort had older brrothers that discoverd pot and the beatles. When I was their age, the jobs were being lost, there were carless days, and price controls. The music changed from progressive rock to punk.

I see the restrictions on gas again, the same fashion of socialism and stagflation. The difference is that families are now shattered, and the young adults use meth and weed

And my hatred of the sugness of the hippies intenisifed as they started their long walk throuhg the instututions. This is now almost complete. when ou get people saying you have to worship the old pagan Gods because Maori partnership, you know that the work of your generation, within the churhc, has not reformed the nation.

The elite went apostate and made itn mandatory.

I have heard prophecies of revival most of my life. What I have to accept now is that i may not see them with my eyes. But this I know: this current regression to pagan life is not going to end until the plumbing is broken. There is already a lot of people building off grid, including bringhing back the long drop (“composting toilet”) because they mistrust the current locla authorities, who recently leaded the water in one of our villages and tried to keep it quiet.

We will see revival, or we shall see the destruction of the West. And those who hate Christ hope for the latter. 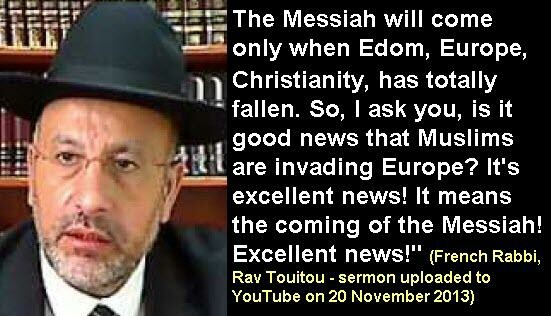 But this I know. The word of God will be fulfilled, and all nations will be bought to him. It is not about the destruction of this people or that. I t is not aboout the desctruction or the church… and science, and engineering, while we instead decolonize, and feel guilt where we should not.

So I still pray for revival. We may not have this, but every soul saved makes heaven rejoice. And Christ will bring us to him, if not now, then.

Deuteronomy 34:1-7
34 Then Moses went up from the plains of Moab to Mount Nebo, to the top of Pisgah, which is opposite Jericho. And the Lord showed him all the land, Gilead as far as Dan, 2 all Naphtali, the land of Ephraim and Manasseh, all the land of Judah as far as the western sea, 3 the Negeb, and the Plain, that is, the Valley of Jericho the city of palm trees, as far as Zoar. 4 And the Lord said to him, “This is the land of which I swore to Abraham, to Isaac, and to Jacob, ‘I will give it to your offspring.’ I have let you see it with your eyes, but you shall not go over there.” 5 So Moses the servant of the Lord died there in the land of Moab, according to the word of the Lord, 6 and he buried him in the valley in the land of Moab opposite Beth-peor; but no one knows the place of his burial to this day. 7 Moses was 120 years old when he died. His eye was undimmed, and his vigor unabated.

John 16:4-11
4 But I have said these things to you, that when their hour comes you may remember that I told them to you.
“I did not say these things to you from the beginning, because I was with you. 5 But now I am going to him who sent me, and none of you asks me, ‘Where are you going?’ 6 But because I have said these things to you, sorrow has filled your heart. 7 Nevertheless, I tell you the truth: it is to your advantage that I go away, for if I do not go away, the Helper will not come to you. But if I go, I will send him to you. 8 And when he comes, he will convict the world concerning sin and righteousness and judgment: 9 concerning sin, because they do not believe in me; 10 concerning righteousness, because I go to the Father, and you will see me no longer; 11 concerning judgment, because the ruler of this world is judged.

There is a remnant within my generation, that has not taken the koolaid of debasement. Who have, to a greater and lesser extent, struggled to remain fautifhul. Who protested against every liberal project, and were told that our fears were unwarrented.

Those fears have come true.

And the liberals had put their reassurances “there iwll only be few hundred women on the domestic purposes benefit”, “Abortion will only be in the first 15 weeks”, “legalizing alcohol sales to 18 year olds will not mean we have teenage drunkenness”, down the menory hole

We need to remember that God is in control, and he lhas put us here to deal with this time of difficulty.

Yes, it is a struggle.It is supposed to be a struggle

There were 10 generations or so, 400 years, in which the Israelites lived in Egypt, keeping Joseph’s embalmed body with them, because they were going to return. We should not give up hope.

Second point is this: Moses started to get Israel outof Ebgypt when he was eighty. There is no returement in this struggle. We shall continue.

We will not bow to the pagan Gods of this age.

We will hold th the words of Christ. And in this, we may see revival. Let revival come,.

But if we die in a nation more apostate, we will continue to preach the Gospel out of season, so Christ can call his own to him.

Wrote this morning quickly with typos. Have re edited and linked to some of the data points.

I had never heard the phrase “generation jones” before and had to look it up. That is me also. Born too late to be a baby boomer to parents who were born in the 30s and therefore weren’t WWII veterans. Born right at the beginning (64) of what is considered GenX. I’ve been called a boomer but it didn’t make sense given the circumstances, but the GenX definition seems to be somewhat variable regarding when it started. I do like this quote from Wikipedia:

Key characteristics assigned to members are pessimism, distrust of government, and general cynicism.

“But if we die in a nation more apostate, we will continue to preach the Gospel out of season, so Christ can call his own to him.”

The Pauline notion that Jews and Gentiles should be in the same church was a mistake. Churches need to coalesce around a common ethnicity. Or we end up back here again. There is a distinxtion between Jew and Greek such that maybe both can be Christian but not in the same church together. Most of Paul’s wrirings are trying to convince that they can, yet historically they still split and the Jewish church died out because they weren’t actually cut out for Christianity. Similar blacks are not cut out for it but just turn it into anti-white racism, not only when they have a 100% black church but even when there are only a handful of them in a predominately white church! Each ethnicity needs its own church, and its own nation. This is the lesson that must be learned to (cough) “build back better.”

“when you get people saying you have to worship the old pagan Gods…you know that the work of your generation, within the churhc, has not reformed the nation.”

It has more to do with anti-whiteism than anything else. You have to worship the pagan gods, but not the white ones like Zeus and Thor, but the brown ones that are so obscure nobody has ever heard of them because the brownies just invented them last week. And Jesus, well he was a Jew so technically not white, but white enough to pass as white, so he is cancelled too. Its not really apostacy so much as cancelling whiteness.

There is a significant difference between worshipping Christ as a nation or in nation groups, which is licit, indeed correct. The Orthodox had this correct with nation-churches. There is a significant error in thinking one race or another does not have people who Christ is calling. In acts an Ethiopian eunuch was converted, and that people have been black for as long as we have records.

You are correct that the woke want us to revert to the pagan gods. But that is a worse error