It is winter here, but summer over in the Northern Hemisphere, and it appears that things are getting spicy. When John Wilder, who is generally a punster, with good memes and advice, lets fly with a rant written in acid about the occupant in cheif, things are getting bad. The memes here re getting pointed. This is one of the least nasty ones in the last 24 hours. 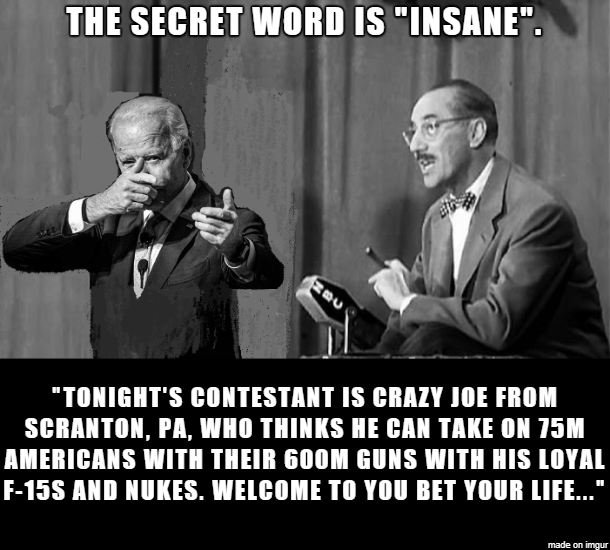 If yesterday's lectionary got political aobout the need for our rulers to repent, what can we do when their hearts are hardened? One of those things that I generally turn to Mr WIlder and some of the American Redoubl people for advice. There are things we can do.

And then there are times that the weather turns horrible, the road is flooded our, there are earthquakes and all we can do is get through.

Perhaps waiting on the Lord is at times a matter of getting through.

23 they are new every morning;
great is your faithfulness.
24 “The Lord is my portion,” says my soul,
“therefore I will hope in him.”
25 The Lord is good to those who wait for him,
to the soul who seeks him.
26 It is good that one should wait quietly
for the salvation of the Lord.
27 It is good for a man that he bear
the yoke in his youth.
28 Let him sit alone in silence
when it is laid on him;
29 let him put his mouth in the dust—
there may yet be hope;
30 let him give his cheek to the one who strikes,
and let him be filled with insults.
31 For the Lord will not
cast off forever,
32 but, though he cause grief, he will have compassion
according to the abundance of his steadfast love;
33 for he does not afflict from his heart
or grieve the children of men.

7 But as you excel in everything—in faith, in speech, in knowledge, in all earnestness, and in our love for you—see that you excel in this act of grace also.

8 I say this not as a command, but to prove by the earnestness of others that your love also is genuine. 9 For you know the grace of our Lord Jesus Christ, that though he was rich, yet for your sake he became poor, so that you by his poverty might become rich. 10 And in this matter I give my judgment: this benefits you, who a year ago started not only to do this work but also to desire to do it. 11 So now finish doing it as well, so that your readiness in desiring it may be matched by your completing it out of what you have. 12 For if the readiness is there, it is acceptable according to what a person has, not according to what he does not have. 13 For I do not mean that others should be eased and you burdened, but that as a matter of fairness 14 your abundance at the present time should supply their need, so that their abundance may supply your need, that there may be fairness. 15 As it is written, “Whoever gathered much had nothing left over, and whoever gathered little had no lack.”

The government wants to regulate our speech, and even the left old school progressives know this is going to be destructive. -- warning> Bomber ssears and blasphemes. We can be anonymous, we can live where the crowds are not, but we will still have the woke cadre trying to shut us down.

So we can support one another. This may rquire alternative ways of funding things. . Prsctical help will beat working groups and auditors 99 times out of 100. Paul was collecting money for the Jerusalem church because there was a famine there. We need to do such things collectively as well.

Do not ask the government for permission, they have gone full woke, and the end of this is approaching.

It is a time to stand firm in the faith and be patient. This season will end.