The woke will always destroy.

I have always been suspicious of the greens astroturfing ecological activism into schools, from Extinction Rebellion to School Strike for Climate. But they have now got so woke they are saying they cannot run anything because they do not have non white leadership.

I thought initially that this meant they may learn something at school, but since the education system is also terminally woke, that is unlikely.

They have forgotten that it is OK to be white. It is OK to have opinions. It is better to change them and apologise than to disappear in a woke implosion.

The Auckland chapter of the international youth climate action group School Strike 4 Climate has admitted it is racist and is disbanding itself.
The group helped organise the annual school strikes which have quickly become the largest mass climate protest movement in the country. Young people and old taking to the streets in their thousands, demanding action on the looming climate crisis.
But Māori and Pacific people have also been saying for some time they have been marginalised and shut out of the movement.
In a statement at the weekend, School Strike 4 Climate Auckland said it had been a "racist, white-dominated space" and that it was dissolving the group. It declined to be be interviewed by RNZ.
"School Strike 4 Climate Auckland has avoided, ignored, and tokenised black, indigenous and people of colour voices and demands, especially those of Pasifika and Māori individuals in the climate activism space," it said.
It said it made the decision to disband on the suggestion and guidance of black, indigenous and people of colour members of the group - and other activists and organisations.
It would not hold any more strikes and its members have separated from the national school strike team.
It said people of colour were disproportionately affected by climate change, so the fight for climate justice should be led by their voices and needs, not Pākehā ones.
The Auckland group said disbanding the organisation was well overdue.

David Farrar beleives the win the Trotsky Woke award for the year.

There has been fierce competition for the most woke statement of 2021, but I am confident in proclaiming we have a winner, even with six months to go.
The School Strike 4 Climate Auckland have announced they are disbanding because they are racist.
This is a feat of woke purity that reminds me of The Life of Brian with the Judean People’s Front.
Some aspects of their statement that make them the winner for 2021 include:

This is a level of self-flagellation that can’t be beat.

I know our prime minister has declared climate change her nuclear free moment and therefore is subsidizing cars that run on lithium batteries -- which require large mines and coal -- imported from indonesia, because she has closed the local coal mines and our hydro capacity is stretched. 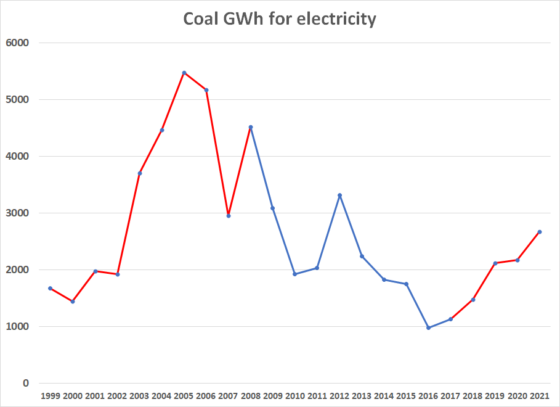 I know the schools are now a cult of personality. I also know that the woke take an institution, gut it, kill it, and wear the corpse as a skinsuit demanding we give them the respect the instutution used to have.

But these kids are so serious and fragile that laughter will destroy them.