Yesterday i went with Kea and watched the tractors and the utes come into town. We particularly liked the dogs. Most of the audience was older, and clapping the tradies and farmers and they drove through in utes and tractors that the government says must disappear.

In Dunedin, the first tractor, driven by Jamie Marshall, rolled into the Octagon just after noon, to much cheering from the lunchtime city crowd, and the last vehicle went through about 3.30pm.
Mr Marshall, husband of the protest”s Dunedin organiser Gill Marshall, was thrilled to see the large turnout in support of the protest. People were starting to realise that, without farmers, they would be “pretty hungry”, he said.
Mrs Marshall estimated at least 700 tractors and utes had taken part in Dunedin, possibly up to 1000.

The left considered this irrelevant. We shall regulate the farmers and direct them to turn pasture to forests and wet lands. Bomber (Martyn Bradbury) writes to encourage the left to keep on going. As I’ve said before, he is reliably wrong.

…it is time we amputated corporate Dairy before it collapses and drags the entire country into a massive economic black hole. Technology will leap frog dairy, and the millisecond synthetic milk and meat can meet consumer taste, flavour and texture at a fraction of the price, it’s over!
We need to create a sinking cap on the number of cows with a view to reducing any of the benefits Dairy have used to prop up their sunset industry and divert that resource into new industries, new technology and new research and development. As many Dairy farms need to be converted to forests as quickly as possible and focus needs to be on providing for the domestic market and not the international market any longer.
Farmers feed 40 million people but we need them to just feed the 5 million of us!
Labour shouldn’t panic, these Utes & Tractors don’t vote for us, but if this anger spreads to the suburbs via Hate Speech backlash – we are fucked!

There was a pushback in social media. A hard one. There is fear from those who are sitting on a salary diriving their EVs. They misunderstand the anger and the division. 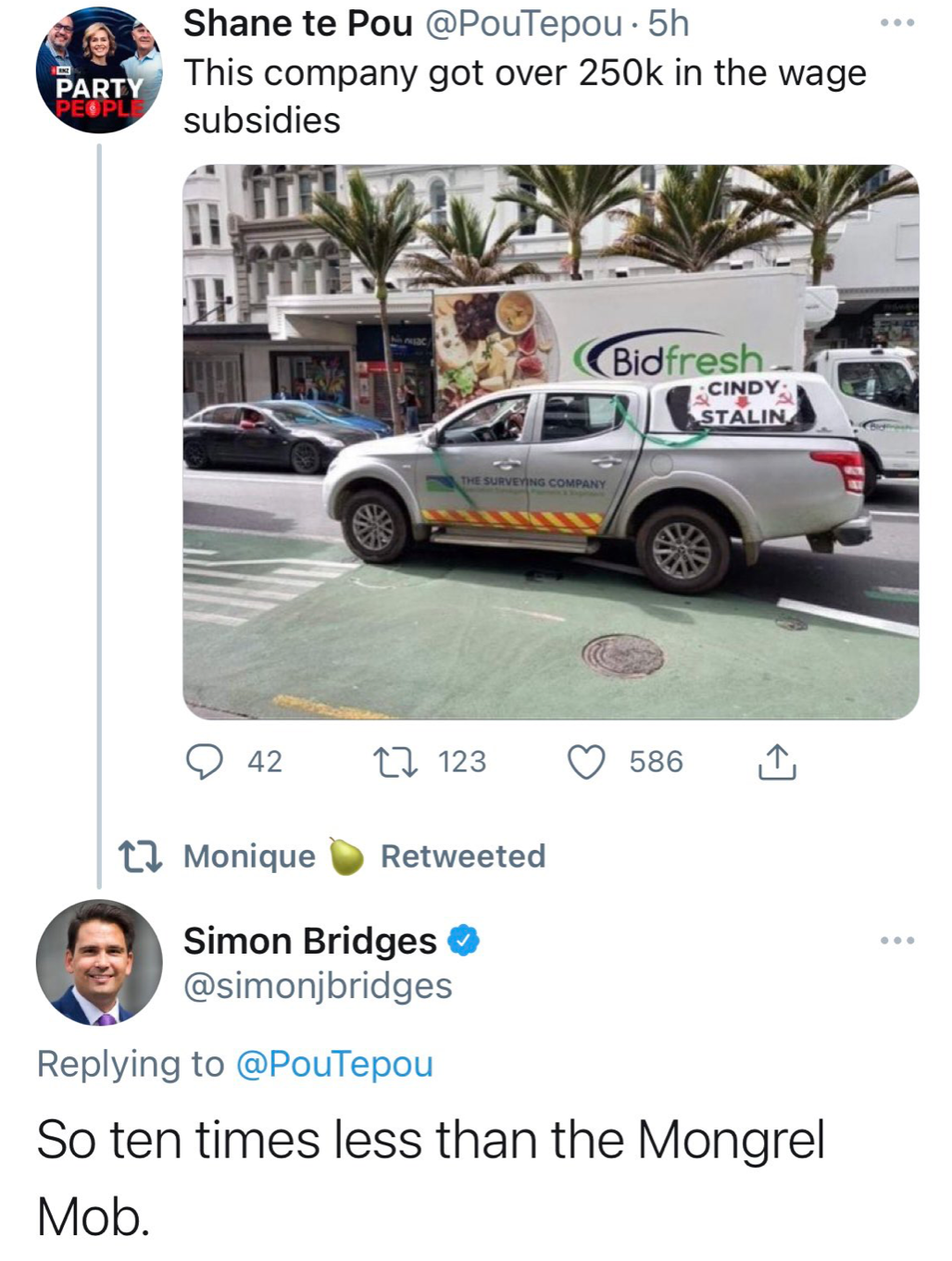 I could keep on going on the memes for the rest of this leectionary post, but there is a meme post coming up.Let’s consider for a second Bradbury’s thesis. He suggests the following: 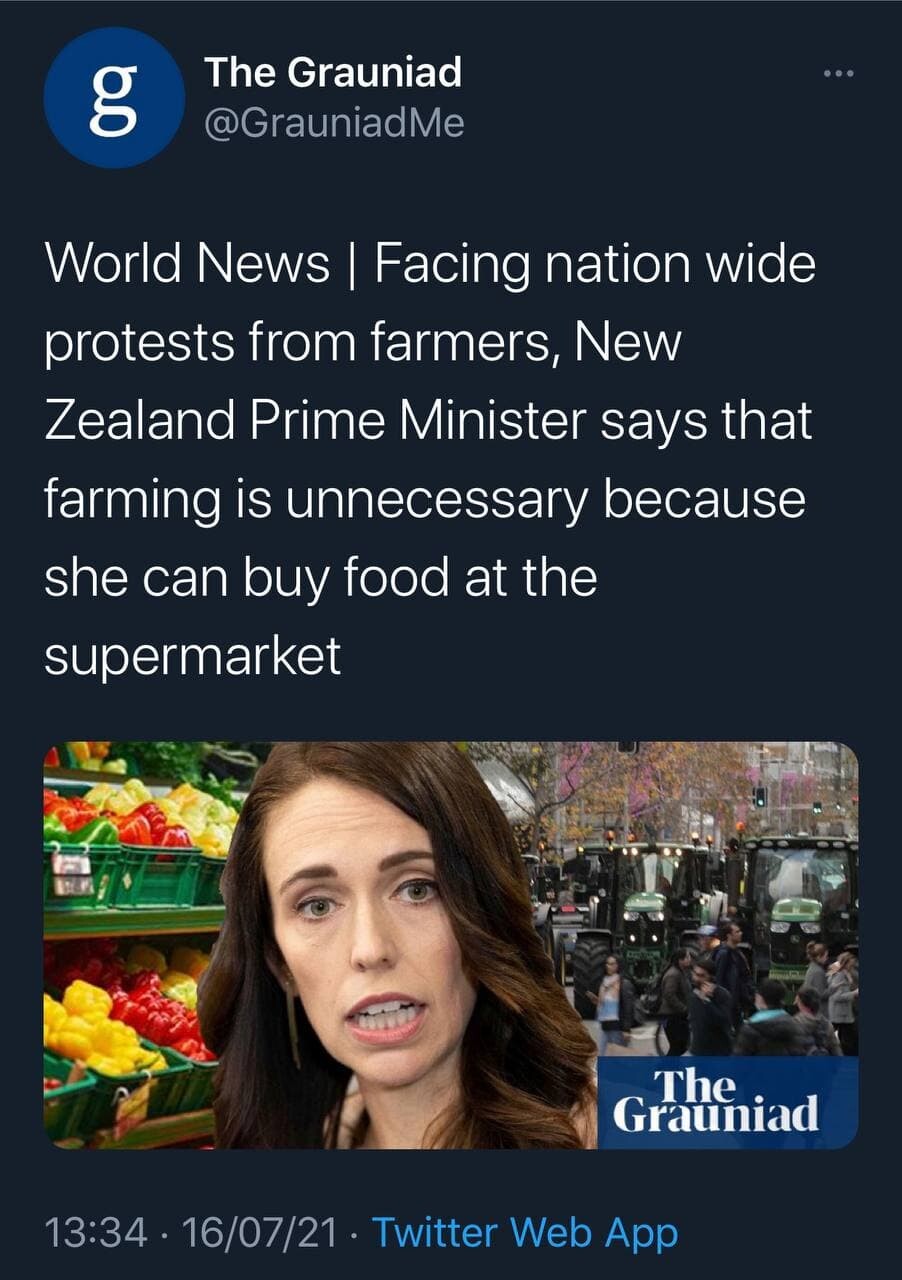 So we can throw one fifth of the nation under the bus. The people who get out at 5AM to move stock when storms come: those who contract to set up fences, drains, water retention schemes, harvest crops, and the towns that support them.

Because farming is hard, dirty, dangerous and difficult, and the effete in twon do not like their comfort disturbed by pictures of muddy fields and iwtner grazing.

12 Righteous are You, Lord, when I plead my case with You;
Nevertheless I would discuss matters of justice with You:
Why has the way of the wicked prospered?
Why are all those who deal in treachery at ease?
2.You have planted them, they have also taken root;
They grow, they have also produced fruit.
You are near to their lips
But far from their mind.
3 But You know me, Lord;
You see me
And examine my heart’s attitude toward You.
Drag them off like sheep for the slaughter,
And set them apart for a day of slaughter!
4 How long is the land to mourn,
And the vegetation of the countryside to dry up?
Due to the wickedness of those who live in it,
Animals and birds have been snatched away,
Because people have said, “He will not see our final end.”

5 “If you have run with infantrymen and they have tired you out,
How can you compete with horses?
If you fall down in a land of peace,
How will you do in the thicket by the Jordan?
6 For even your brothers and the household of your father,
Even they have dealt treacherously with you,
Even they have called aloud after you.
Do not believe them, though they say nice things to you.”

7 “I have forsaken My house,
I have abandoned My inheritance;
I have handed the beloved of My soul
Over to her enemies.
8 My inheritance has become to Me
Like a lion in the forest;
She has roared against Me;
Therefore I have come to hate her.
9 Is My inheritance like a speckled bird of prey to Me?
Are the birds of prey against her on every side?
Go, gather all the animals of the field,
Bring them to devour!
10 Many shepherds have ruined My vineyard,
They have trampled down My field;
They have made My pleasant field
A desolate wilderness.
11 It has been made a desolation;
Desolate, it mourns before Me;
The whole land has been made desolate,
Because no one takes it to heart.
12 On all the bare heights in the wilderness
Destroyers have come,
For the sword of the Lord is devouring
From one end of the land even to the other;
There is no peace for anyone.
13 They have sown wheat but have harvested thorns,
They have strained themselves to no profit.
So be ashamed of your produce
Because of the fierce anger of the Lord.”

35 Now as Jesus was approaching Jericho, a man who was blind was sitting by the road, begging. 36 But when he heard a crowd going by, he began inquiring what this was. 37 They told him that Jesus of Nazareth was passing by. 38 And he called out, saying, “Jesus, Son of David, have mercy on me!” 39 Those who led the way were sternly telling him to be quiet; but he kept crying out all the more, “Son of David, have mercy on me!” 40 And Jesus stopped and commanded that he be brought to Him; and when he came near, He asked him, 41 “What do you want Me to do for you?” And he said, “Lord, I want to regain my sight!” 42 And Jesus said to him, “Regain your sight; your faith has made you well.” 43 And immediately he regained his sight and began following Him, glorifying God; and when all the people saw it, they gave praise to God.

There are many people who have hope today, because it was clear yesterday that they are not alone.

The left now say they are great, good, and they don’t need to consider the needs of those with oil and dirt engrained in their knuckles. Or the disabled… or anyone that is inconventient.

They should staty in the ir tiny houses and eat bugs. The elite will vote for them.

We should throw no one under the bus. We should support each other.

And that will never require the permission of the goernment. 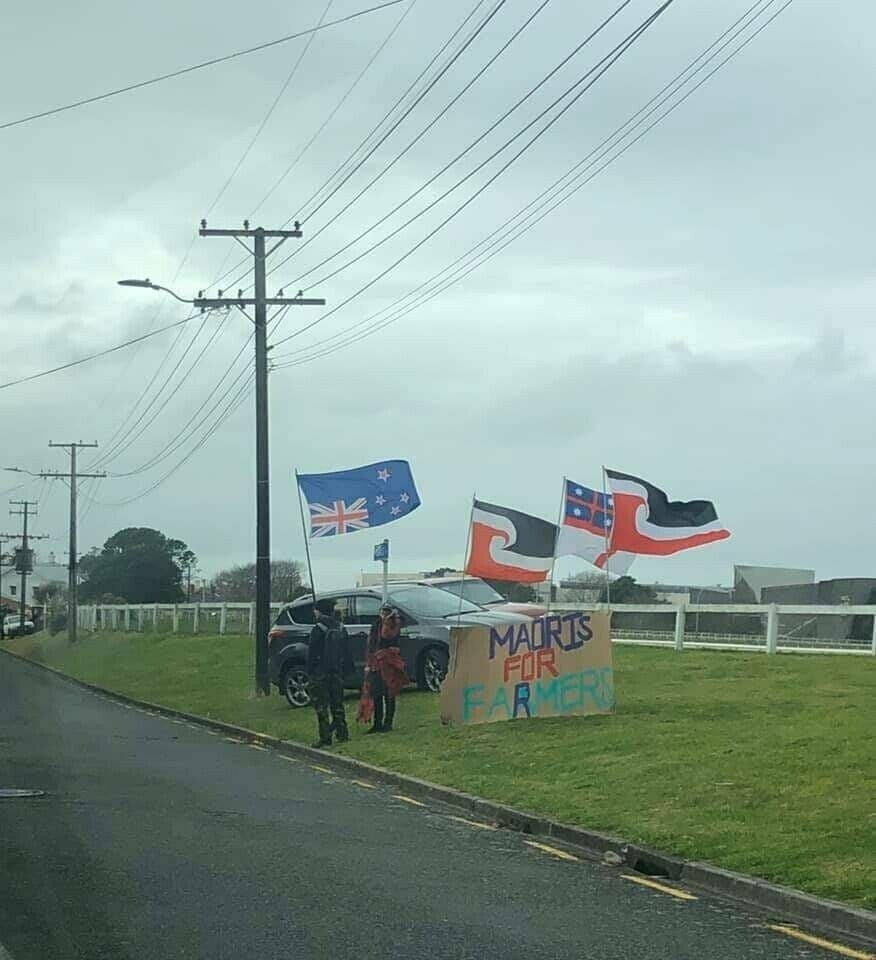 Weka – there is more you can do. Check out Joel Salatin’s work – the rotation of cows/chickens/pigs … he’s actually created *inches* of soil within 50 years or so (which is insane). There’s some really interesting stuff by other folks who are integrating different plants together for multiple values. There’s so much and it is all so cool – one could bounce. But folks are stuck thinking about ag as it is done in Central Cali and was done 30 years ago (both of which are awful) and not as it ought to be done, and has been done traditionally and is done by God in prairie country. It is swoonworthy to realize we can fix these things with our own hands – and without giving up steak and eggs. 😀

I like Joel Salatin. The difference here is that we don’t run grains that much. Big ag wants us to. But we don’t. This is more cutting edge.

There’s some really exciting stuff coming up with regenerative agriculture… perhaps the anti-farm crew should look into it. You gets the cows AND the world gets healthier!

That has been standard practice here for four generations: clover to fix nitrogen, use of cow manure, rotation of grazing, minimal fertilizer. We know how to do this. Of course the greens say it is not enough