There will be a restoration, and the foundation of this is being made right now. I know many men who have fought against the degeneration all their lives, at times at cost. I have seen my father doxxed and almost deplatformed for a false scandal, a sacrifice to the rancid rainbow. He survived.

Then they came after me. Kea saw me retreat, dispose of the previous blog, and survive. At cost.

Because this is a war, and we take losses. The end of the war is held by God, and victory shall be ours, but the battle is not over.

14 “Therefore, behold, the days are coming, declares the Lord, when it shall no longer be said, ‘As the Lord lives who brought up the people of Israel out of the land of Egypt,’ 15 but ‘As the Lord lives who brought up the people of Israel out of the north country and out of all the countries where he had driven them.’ For I will bring them back to their own land that I gave to their fathers.
16 “Behold, I am sending for many fishers, declares the Lord, and they shall catch them. And afterward I will send for many hunters, and they shall hunt them from every mountain and every hill, and out of the clefts of the rocks. 17 For my eyes are on all their ways. They are not hidden from me, nor is their iniquity concealed from my eyes. 18 But first I will doubly repay their iniquity and their sin, because they have polluted my land with the carcasses of their detestable idols, and have filled my inheritance with their abominations.”
19 O Lord, my strength and my stronghold,
my refuge in the day of trouble,
to you shall the nations come
from the ends of the earth and say:
“Our fathers have inherited nothing but lies,
worthless things in which there is no profit.
20 Can man make for himself gods?
Such are not gods!”
21 “Therefore, behold, I will make them know, this once I will make them know my power and my might, and they shall know that my name is the Lord.”

Two things I note: the first is that God sees our struggles: our successes and our failures, and the second is that we will again know that there is a God in the West, and his name is Jesus.

7 After this Jesus went about in Galilee. He would not go about in Judea, because the Jews were seeking to kill him. 2 Now the Jews' Feast of Booths was at hand. 3 So his brothers said to him, “Leave here and go to Judea, that your disciples also may see the works you are doing. 4 For no one works in secret if he seeks to be known openly. If you do these things, show yourself to the world.” 5 For not even his brothers believed in him. 6 Jesus said to them, “My time has not yet come, but your time is always here. 7 The world cannot hate you, but it hates me because I testify about it that its works are evil. 8 You go up to the feast. I am not going up to this feast, for my time has not yet fully come.” 9 After saying this, he remained in Galilee.

Christ was not going to let the agenda of the world define him. If you are of that agenda, you will be left alone. The world and the spirit of the world instead fights those who do not automatically check the boxes in correct order from attending a woke preschool to selecting euthanasia.

Christ died so we would be free to live without consideration of the satanic spirit of this age. 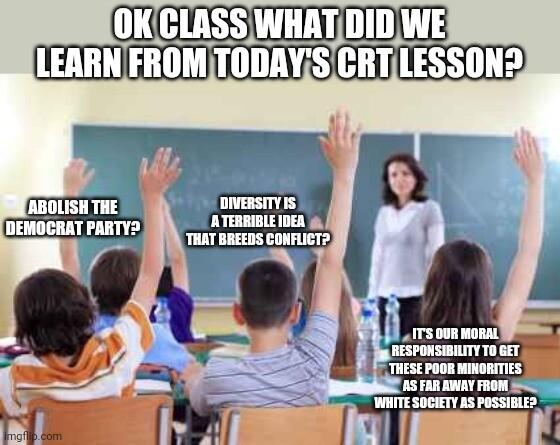 There is a very long rant by Kurgan that deals with the current situation, where the progressive rancid rainbow is in the process of dying. The mockery started years ago, by Gen X more than the punks... we were too angry and struggling to get onto the ladder. But there is a truth here. It is not time to be lukewarm. The lukewarm have been converged into the global doomed convergence.

You recently converted to Orthodoxy, in part due to observing my flame wars with the [Other Members of the online community]. Good. That shows you’re paying attention to what matters, and to be clear here, what matters is four things and they work in paradox, not linearly or binary. One: Do NOT be a Churchian. Two: Be a zealot. Crusader. Inquisitor. Whatever label (brand… heh) works for you that makes you understand being a Christian means you smite the fuck out of the enemy and retreat never. Despair never. And if (as you will from time to time) do despair, keep shooting. Cry, bitch, moan, shit yourself, whatever, but keep reloading and firing. If you can wail, you can pull a fucking trigger. There is no surrender. The enemy wants your soul. Fight. Three: being a Christian, especially of the crusading sort required (all real Christians are of that sort) means above all to be indeed as innocent as doves and as wise as serpents. Understand that phrase better than any other because it is the key to retaining, protecting and increasing your humanity while simultaneously not giving an inch to perversion, sin and the enemy. Four: there are only two types of Christians. Crusaders and Martyrs. It’s a war. There are no sidelines. If you’re lucky you might get a little rest now and then. Savor it. But above all be sure of which type you are. Martyrs are higher and closer to God, but I think they are also rarer. Most Churchians are fake martyrs. There is no mistaking what I am, but there are many ways to be a warrior. You don’t need to fight every train with your face, like I do. The point is know who you are and fight accordingly. And remember, if you’re a warrior what matters is winning. Not so much how. Not even if you survive or not (though you really should because it’s the wise thing to do). Winning.

To win, you must be fervent and consistent. Know that the devil is roaring, but his calls of triumph are lies. Do not be where he is, avoid the crowds, and avoid those who post so you will rage against them so they can clutch their pearls, appeal to higher authority, and get virtue points.

This world does not hate those it has broken. It hates those who come to Christ.

But only Christ can heal our broken state.