I know last month was officially prider week, and today is the start of the Pagan Maori New Year, which will be a public holiday here from 2022, but the question one has to have is why does society tolerate this.

It is because we have been educated to think not of God, but instead have the neopagan woke religion of the encironment and anticolonailism taught constant ly and it infeects us much more efficiently than the COVID variants people are fearing. 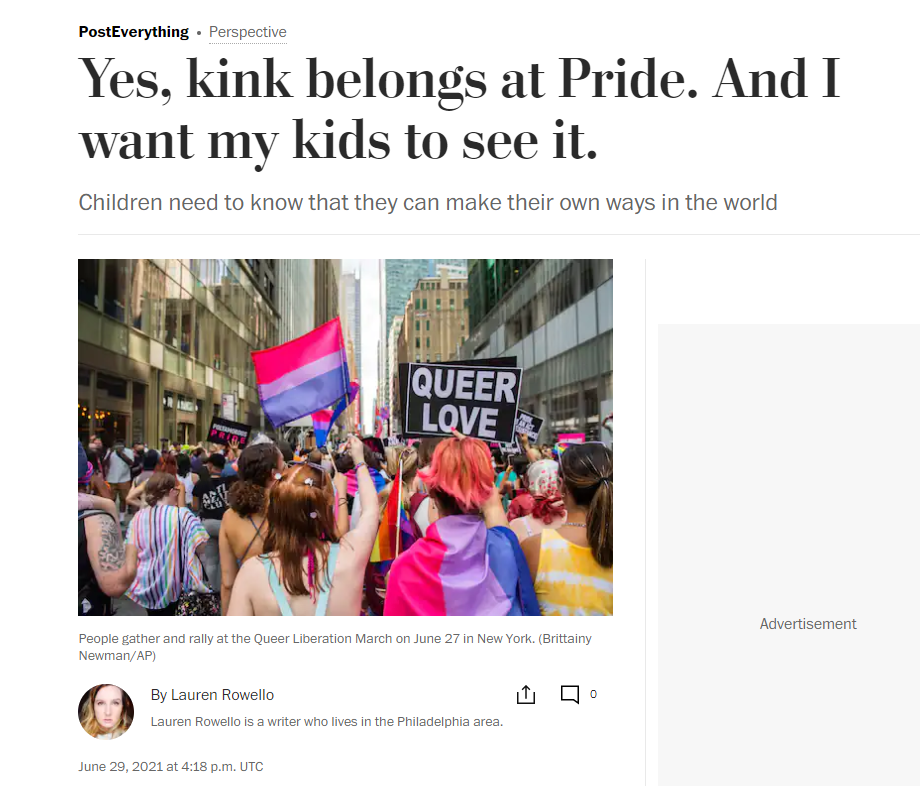 When you see people wiring essays like this you wonder if we have fallen into a parallel universe. We have. It is the lies of the woke, and we have been trained to lisen to these, and not the voice of God.

The assumptions of Leftism (e.g. Leftist concepts of equality, social justice, diversity, environmentalism, antiracism, feminism, sexual revolution, the mainstream hedonic utilitarian morality etc) is pervasive in public discourse as background assumptions.
Very few people in The West are altogether free of these false, tendentious, evil-tending ideas - and Christians, as much as most, often cherish such ideals - or try to do so.
RUL therefore confuses our discernment of evil; since Leftism has been a major (probably The major) strategy of evil in the modern world.
Thus there is evil at work in the world and impinging upon our personal lives, yet because some evil in our-selves matches that external evil, we fail to recognize its true nature.

We listen to this, a residue of a failed project still accepted by the world, and not the word of God. The woke want the word of God silenced, rewritten, made anything but true.

So it will have a form of comfort, but no power to save. The cure here is to seek God with all we have.

A Song of Ascents.

123 To you I lift up my eyes,
O you who are enthroned in the heavens!
2 Behold, as the eyes of servants
look to the hand of their master,
as the eyes of a maidservant
to the hand of her mistress,
so our eyes look to the Lord our God,
till he has mercy upon us.
3 Have mercy upon us, O Lord, have mercy upon us,
for we have had more than enough of contempt.
4 Our soul has had more than enough
of the scorn of those who are at ease,
of the contempt of the proud.

We need to pursue Christ. We cannot be lukewarm here. We cannot rely on the motivation of others or worship. This has to be as planned and deliberate as preparatino for an ultramarathon. it must be the prime thing in our life.

For then we will not care what the world things, for we have founs something better. OF course, this will make the woke seethe, for we wtill ingore the evil they rpaise and seek the true and beautiful. Wxpect to be called what they think ar names dhat damn when we threaten their position.

The liberal considers himself to be inherently superior to others, and thus endowed with greater knowledge and moral virtue about everything, including race relations. The fact that you disagree with the liberal is, to him, proof of your inferiority.
The subject of your disagreement is irrelevant, and it doesn’t matter why you’re disagreeing with the liberal, or what facts or logic you might be able to muster in defense of your position. what you have done, by your disagreement, is to deny the liberal’s superiority. His entire identity — his sense of his own worthiness — is invested in the belief that his political opinion proves him to be a better person than you.
Liberal superiority is tautological in this way, a circular argument in which the conclusion is a restatement of the first premise.

We need to present the gospel. There is no need to sugar coat it. The workd of God has power. There is a cost to salvation in this world.

This wourld will hate you.

But this world will end. Praise God that the kingdom of heaven is not of this world.