I normally get the stats page up on the first of the month, but did not happen. In short, 9.3 K views on Statcounter, and 13 K on Matomo.

The most viewed posts this month are below.

Catalaxy files has closed up.

It is with some sadness that I announce that in the next few days the Cat will cease to operate.
The hamsters have finally given up the ghost. As many of you have indicated the site functionality has deteriorated and a substantial upgrade would need to occur to get new hamsters up and running.
In the meantime my interests have evolved – I’m less interested in public policy these days than I am in cryptoeconomics and the effort to maintain the Cat has evolved from being a labour of love to being something of a burden.
So rather than simply limping along I think a clean break is the best thing to happen.

I’ve deleted them from the linkage, and I’ve done the same thing for Dalrock, who has been closed for a while.

Adam, which is a daily read, has been down a fair bit. Anyone who continues to blog on the matters of Christ and holiness over time will find themselves under attack. We have been dealing with a nasty viral illness — not COVID, and we have the tests to prove it. I need to thank some of the Ladysphere for prayers and emails to both of us

Is it time to dump Gmail?

There are a fair number of people who are saying one should switch from Google because it is evil, and if you use Apples you have no excuse.

The news this week that Google will not develop secretive new methods to track its users across the internet is very welcome. Ignoring the fact that its existing stance on tracking is now under investigation, it’s good that, yet again, Google is finally hurrying after Apple on the privacy front, before it falls too far behind.
Protecting the privacy of users is a philosophy—a fairly binary one at that. You either believe it’s the right thing to do, or you don’t. And if you appear to be ticking boxes, with times changing around you, then it comes across as fairly hollow. Whether you’re an Apple or Google fan, iPhone or Android, Safari or Chrome, you’ll know that privacy is core to Apple’s DNA—that simply isn’t the case when it comes to Google.

There is a reason that I use protonmail here and for personal mail. I worry about privacy. I’ve kept a gmail account for years, mainly because I have run an android phone for years and transition from one to another is easy. It is also a disposable account that gets all the commercial mail.

But one should keep google out of the work stream and important things. This means do not use google’s cloud structure.

Manjaro is slightly more stable than Arch. It does allow for easy integration of things you need, such as Zoom and ProtonVPN. And things you’d like, such as spotify. 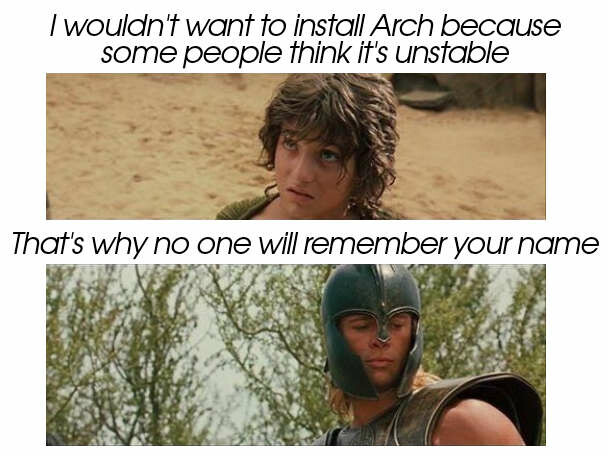 The COVID booking systems in the Lazio region surrounding Rome have been hacked. It cannot be worse than NZ, where the government is uncertain as to the number of people in each target group, without the benefit of digital intrusion.

One of the reasons that I suggest you should use Libreoffice is that Windows 365 subscriptions are (a) cloud based and (b) cost. Quite a bit over time. The benefit of using Word is starting to fade, because incompatible versions.

Three days ago, I tackled the manuscript file. I began by trying global search-and-replace fixes for quotes, apostrophes, etc., only to find to my astonishment that they didn’t work. I’ve never found a manuscript before that actively resisted replacing punctuation like this. It seemed almost to have a will of its own! For example, when I tried to replace a straight quote mark with a curly one, the curly mark would be inserted after the straight one, but would not replace it, so that I now had two marks. Also, if I wanted to insert a comma or a full stop or a space, very often the characters would be inserted before the quote mark, even if the cursor wasn’t positioned there, and would insert themselves in reverse order to how I typed them. Weird!
Frustrated, I began on Page 1 and started to do a one-by-one replacement of the offending errors. Not only was this very slow, but it seemed to upset something in the manuscript and/or program logic, particularly when I altered pagination marks or chapter breaks. Changes dragged on and on, not taking place immediately, but producing a "working" or "wait" symbol while they were processed. Routine backups of the file every ten minutes began to take thirty to forty-five seconds to execute, during which time I couldn’t do anything else; and when I manually saved the file, the same delays occurred. On two occasions, my word processing program (LibreOffice) crashed completely.
It was obvious that hidden code in the manuscript file was messing up the entire process. I therefore saved the file every few pages. Every 50-odd pages I copied all its text to memory, then pasted it without formatting into a brand-new file with a new version number. I saved the old versions as backups, of course. I’d got to Version 5 by the time I fixed the last error, after many hours of line-by-line editing and replacing. However, the moment I fixed the last error and copied the text to the final version of the draft, all the weird problems suddenly went away. Saving became a half-second affair, global search and replace worked as it should, and all the previous complications became merely an unpleasant memory.
I’ve no idea what could have caused such issues. I’ve never had a file behave like that in my life before! Can any reader suggest what might have crept into a simple DOCX format file that might cause it to (mis)behave that way? I’m at a loss to figure it out, except to assume that extraneous code had crept in from the multiple programs used to produce the text. (The original segments were produced in Windows 10 using packages such as Notepad [TXT format files], Wordpad [RTF format] and LibreOffice [ODT format], then imported into and combined in Libreoffice before being exported to an MS Word [DOCX format] file.)
Fortunately, Miss D. has now adopted a different document processor (Jutoh) to produce her manuscripts (sadly, she doesn’t like LibreOffice – which I use – or MS Word, and neither of us like Scrivener, another popular standard). Jutoh produces clean files with no complications – at least, so far. Thank heavens for small mercies!

My strong advice is to work in something that is less noisy — The current version of Libreoffice looks good, and installation on the mac was a breeze. If you are using Linux, I recommend Libreoffice-stable, not fresh.

Again, build your own tools, and do not rely on the cloud.

I downloaded Openoffice some years ago as my copy of MS Office was getting old. I hated it. Had minimal functionality and the shortcuts I was used to (I tend to memorize keyboard shortcuts for dozens of frequently used features) weren’t there which meant back to mousing everything. Then when I had to go back and forth between the programs the formatting kept changing. I finally dumped it as “not worth the effort”.

Is Libreoffice better or will this once again be “learn a new program with limited functionality that will be worse”? I get that with MS going to Cloud based everything that the choices may not include Word but as of now I have Word 2013 and it works just fine for everything I do.

I will say that this has been my general experience with all the “better because they are opensource” programs I’ve tried. Many browsers have been horrendous over the years and failed to open websites as the developers fell behind on advances in internet coding, etc (Opera comes to mind, as does Pale Moon). Small programs designed to do a specific task such as FLAC to mp3 work fine but when you start to get into the bigger stuff, it just becomes a pain. I haven’t switched to Proton mail yet, although I did open a free account to check it out. Seems good but I haven’t been able to pull the lever on coughing up that much money each month when it means that I’ll have to change all my emails, addresses that I’ve had for years (and in some cases decades).

I’m going to try Libre Office again. It is a LOT better than the first versions. My issue is that Microsoft Word is getting worse for what I do. Later report.

FWIW I changed the sites around so the one on the side links to something closed. The one by my callsign alone has new writing up.

Have moved to your main site, which is not locked