Around the memetic traps

The government has extended the lockdown until Friday. Daughter is distraught, as we had planned to have Casa Kea completely fixed for Kea’s birthday. In the current level of Lockdown, no tradesmen can work — even if we scarper and leave them to it. So Kea will have to wait.

As she will for a good dinner somewhere else. We’ll probably combine that with my birthday in September.

The header image was from Vox Day this morning, and given the way that our elite monomaniacally continue to push vaccines (multiple versions) it is apropos.

In the meantime, Parliament is suspended. We are being ruled by regulation.

Approved, and this may in the US make void the End User Agreements for all vaccines, on shoddy process, probably against the law as written. Karl Denniger comments.

In addition the FDA broke the law itself when it issued the "approval." The law requires a full hearing and the data from the full set of trials; the trials are not capable of being completed until early 2022 by the original submissions and they deliberately did not hold the hearing. This is a black letter violation of the law as well, but nobody cares. 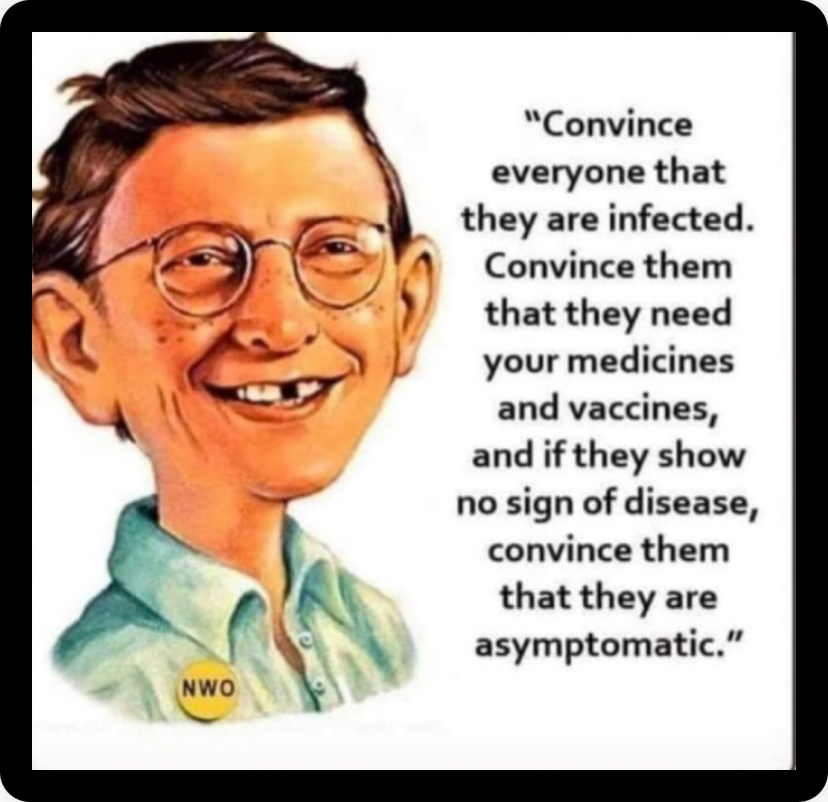 FDA approval is immaterial in NZ: the same vaccine was approved by Medsafe some time ago. The question is that of risk and benefit, and all medicos and nurses and pharmacists are gagged on that topic in New Zealand.

The Lugenpresse will hunt you down.

Cam Slater this morning linked to an article where the press informed the police about a social gathering because it was "alt-right" and now the police want to contact the people because of Level 4 restrictions. I can’t do much about this, apart from ensure that any links I have go to an internet archive and not their site. Cam comments:

Look at that reporting and their virtue signalling. Stuff says they uncovered it but what they don’t tell us is that they have a group of staffers and contractors who are specifically tasked with “infiltrating” these groups so that they can then out them and dob them in to Police.
They aren’t only going after these groups, they are also deliberately trying to infiltrate sites like this. We know this because we’ve caught one of them.
To cap off this story, Stuff also became a government snitch, reporting this group which they were supposedly writing a story on, to Police.
Clearly, they never learned at school that snitches get stitches. But more worryingly it shows that Stuff has become an agent of the state, going around under the pretence of being journalists but in actual fact acting like Stasi snitches.
Trust Stuff? Not bloody likely.

Cam’s web site is large and needs a team. This place is small and is run by me. Small is good. Backed up, of course is better.

The press lies. Unless you have to, do not talk to the press.. From experience, they reliably distort even the most plain and simple message. Their one aim is to get your eyeballs in front of advertisers or their funders.

And in the case of Stuff, their funder is the state. 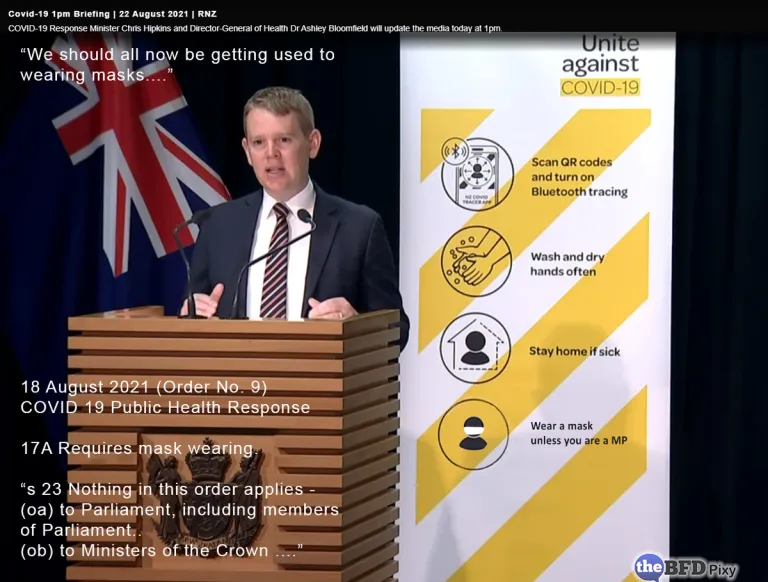 Cam Slater again. The DPMC is the Department of the Prime Minister and Cabinet in Wellington Jargon.

The DPMC has a role for someone to monitor people like us sneaking the truth past the government’s censorship and control so they can then label it as “disinformation”.
They have realised that all of a sudden people are seeking the truth as they no longer believe the lies coming from the “Podium of Truth”.
People are sick of the sycophantic mainstream media who have become bought and paid for government shills. We really shouldn’t call them mainstream media any longer, instead, we should label them as state-funded media.
…
We know we are in a time of deceit because the government is drowning us with sustained propaganda about vaccines being essential (they’re not), how brilliant their rollout has been (worst in the OECD) and how their Covid response has been perfect (far from it); now they are hiring staff for the DPMC to monitor and ultimately discredit those of us who seek the truth and who aren’t blindly following their every edict or utterance.
Take the oft-repeated phrase that the delta variant is “deadly”. It is not. There are no large bodies of facts that support that claim. In the UK almost no one is dying from delta and the same applies to Israel. Delta also proves the lie that the vaccine works. It clearly doesn’t. Yet this Government keeps on promulgating the lie.

The Graveyard of Empires. 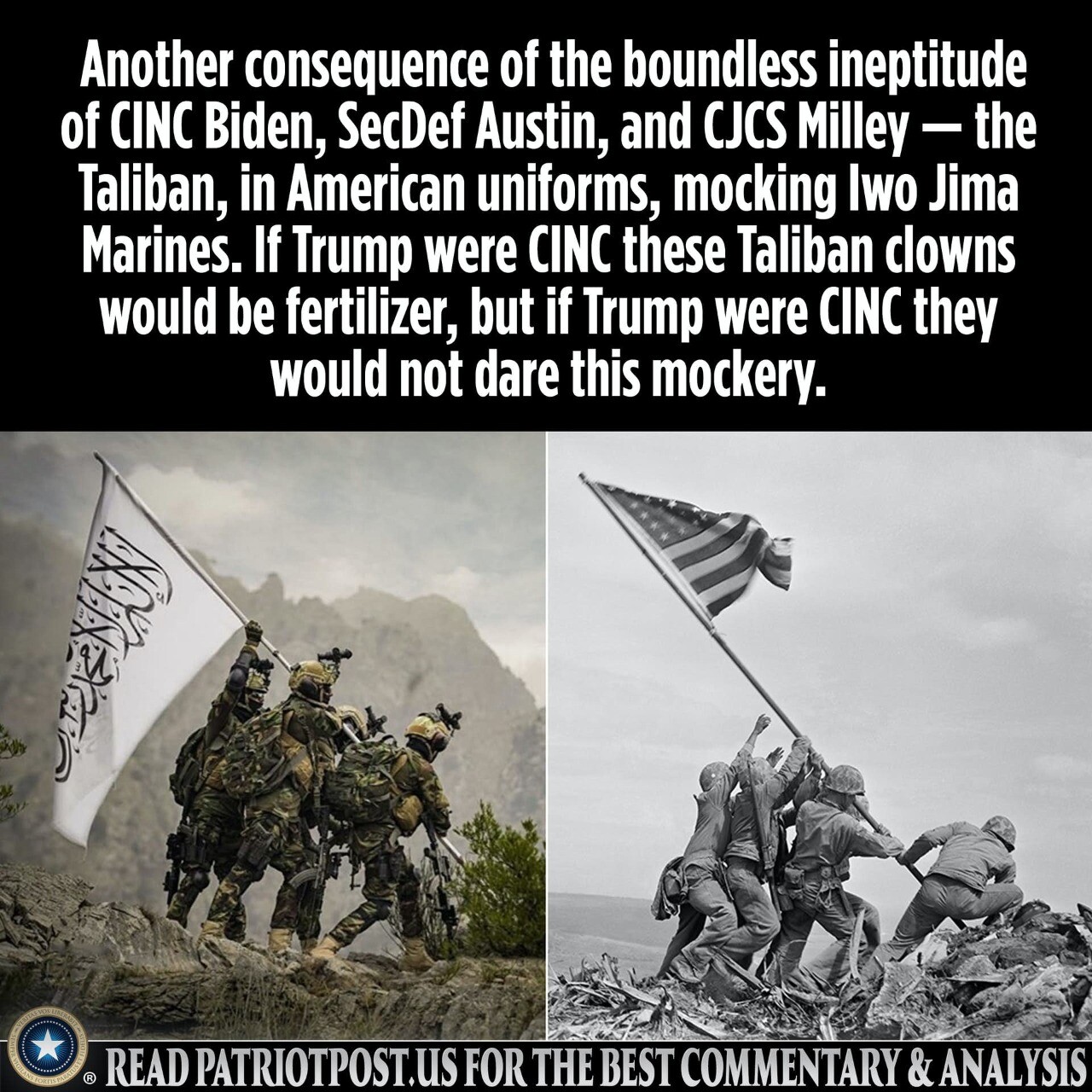 Please note that the Taliban don’t worry about the COVID. They are winning, and they are praising NZ as the first country that gave them aid. I don’t know what is going on in our ministry of foreign affairs and trade (MFAT) apart from the fact is run by a Maori separatist who is trying to nationalize all water assets and then give control to the tribes.

I keep on muttering, "The stupid, it hurts".

What is also obvious is that the US military are now functionally useless. Karl Denniger:

Rome didn’t burn in a day and no military rots from the top in an afternoon. But a leadership that is so derelict in its duty from the entire Joint Chiefs down as to allow virtually anything other than fielding a fit, fighting force to be the focus of its mission is asking for exactly this sort of outcome. The Taliban could give a crap about wokeness, CRT or whatever happy-gender someone may have; hell, their best and finest entertainment on Saturday night, if the drone video I’ve seen is any indication, includes taking turns abusing a local goat.
I have a very bad feeling about China being in the middle of this somewhere, along with Pakistan being more than happy to stir up some **** too.
We won’t get all of our civilians home safety. Some will be slaughtered. But the most-serious will be anyone who the Taliban believe may have helped us. Those people, each and every one of them, are going to die in the most-horrible way imaginable. There are already reports of Taliban rounding up all girls over 15 to about 40 and forcibly pairing them with one of their fighters for what is obvious purpose, an old practice that is now back — and will continue to perpetuate more and more jihadis for their cause.
Then there’s the loss of material, some of it quite-important. Drones with fully-loaded operating systems, control equipment for them, arms and ammunition. The arms and munitions are unlikely to be all that special but the electronics are another matter; those may well come right back and bite us up the ass.
I don’t know there ever was an answer to this problem, to be frank. But what I do know is that if you’re going to leave you damn well ought to make sure your own people are protected and given whatever cover they need to board the planes and get the Hell out of there before you let it all descend into Hell.
It appears we are failing at that, the most-basic, of mission.

The Supreme Dark Lord has a message.

From Vox Day, who clearly has been annoyed by the comments on Gab, Worth remembering that his ancestors were driven of their tribal lands by the US Federal Gov’t, and his father was forced into exile. But still, very true.

Some useful reminders for the retarded.
A) Everything is not "a distraction".
B) Not everything that happens is the result of a cunning plan by the nefarious elite.
C) There are far more evil factions, parties, cabals, and groups struggling for power than you can reasonably keep straight.
D) "We have to stick together" is a line from a Disney superhero movie, it’s neither an ideology nor a viable political strategy.
E) The USA is a multi-ethnic, multi-religious empire imposed by violence and ruled by military force. It is not a nation, so shut up with the civnattery already.

Looking at the comments on that Gab, again, the stupid it hurts. The SDL was being polite.

Do not trust the Federal Gov;t. Learn from NZ: we don’t trust our politicians. And if you are a politician, you better be increasing your defence budget. The US will not save you.

The Victorian Government cannot even Meme, or control optics. 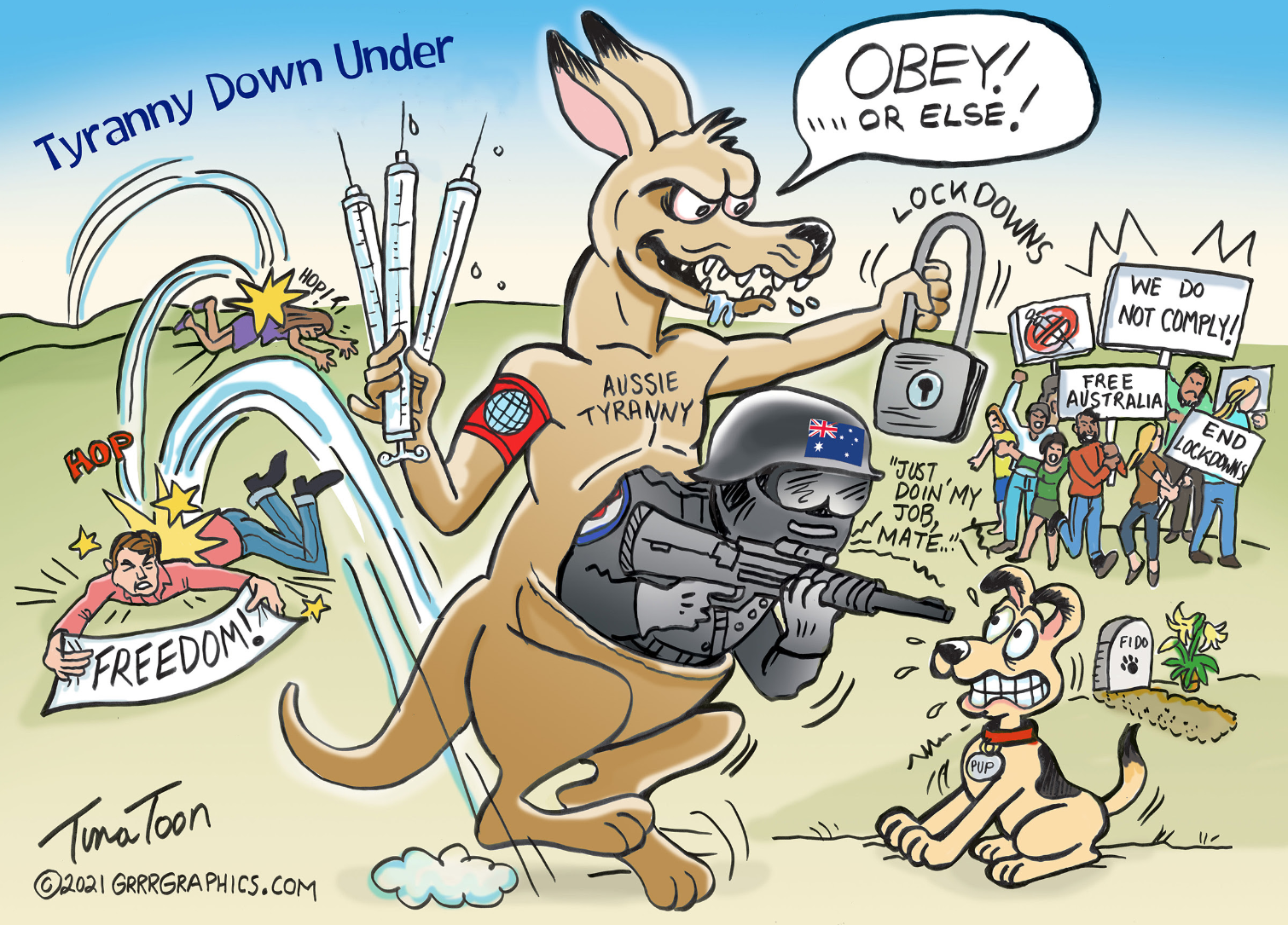 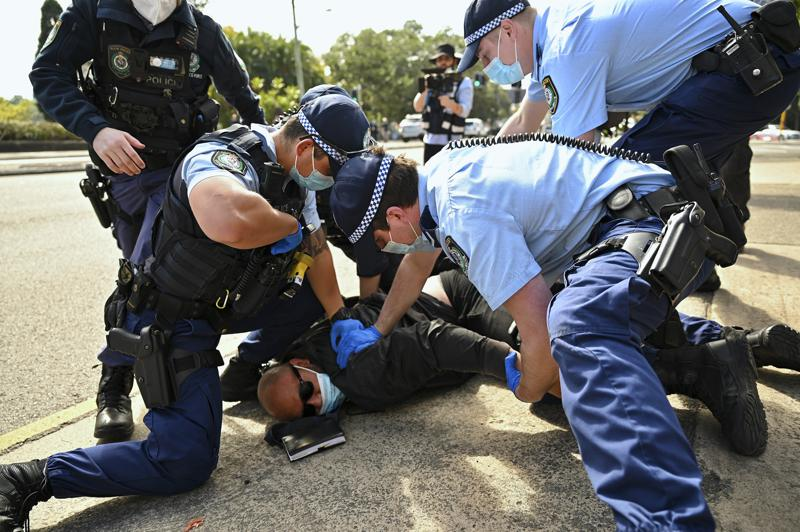 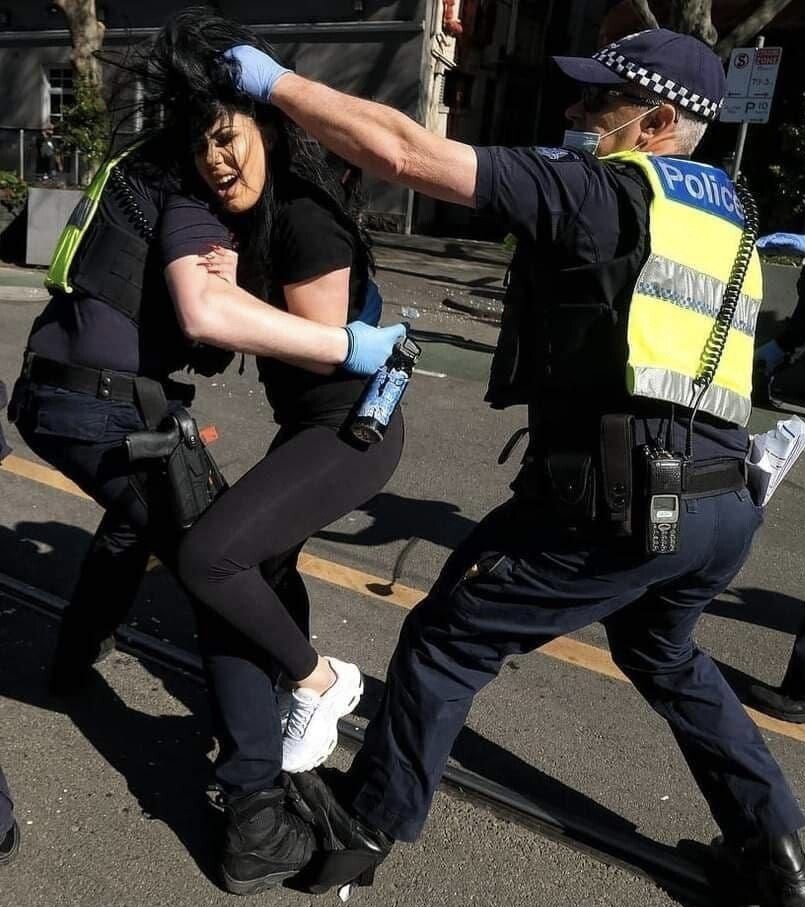 Putting this up before it breaks my server.

Hang in there guys! The fight belongs to him who is still swinging.