We are hitting peak woke, and even the left activists know it. This is Bomber.

Large swathes of NZ are already fearful woke activists will start a purge once Hate Speech laws are passed. Promising to lock up Christians for 5 years for praying homosexuality away doesn’t help dispel a punitive social engineering narrative from emerging.
With inequality soaring, entire generations locked out of the housing market, 22512 vulnerable people waiting for emergency housing and a climate crisis upon us, I can not understand why punitive penalties for Christians for a religious practice that is as damaging as it is stupid is a responsible use of the Legislative agenda!

More data: from one of the better journalists in New Zealand, now in his 70s.

Actually, I don’t think the phrase “political correctness” is adequate to describe what’s happening in New Zealand in 2021. Political correctness was a phenomenon whose absurdities were so obvious that we could safely ridicule them.
Being PC was mostly about superficial stuff: saying the right thing and putting on ostentatious displays of cultural or gender sensitivity. But what’s happening now is far more complex, deep-seated and unsettling. We can no longer simply laugh it off.
Real rights are under threat – for example, property rights, the right to fair and equal democratic representation and, crucially, the right of free speech. Mere political correctness, of the type we used to scoff at, now looks almost benign.
Identity politics, the culture wars, neo-Marxism, wokeness …these terms get closer to describing what’s going on. But none quite captures the scale and pace of the current upheavals in politics and culture.
To cite just a few obvious examples: 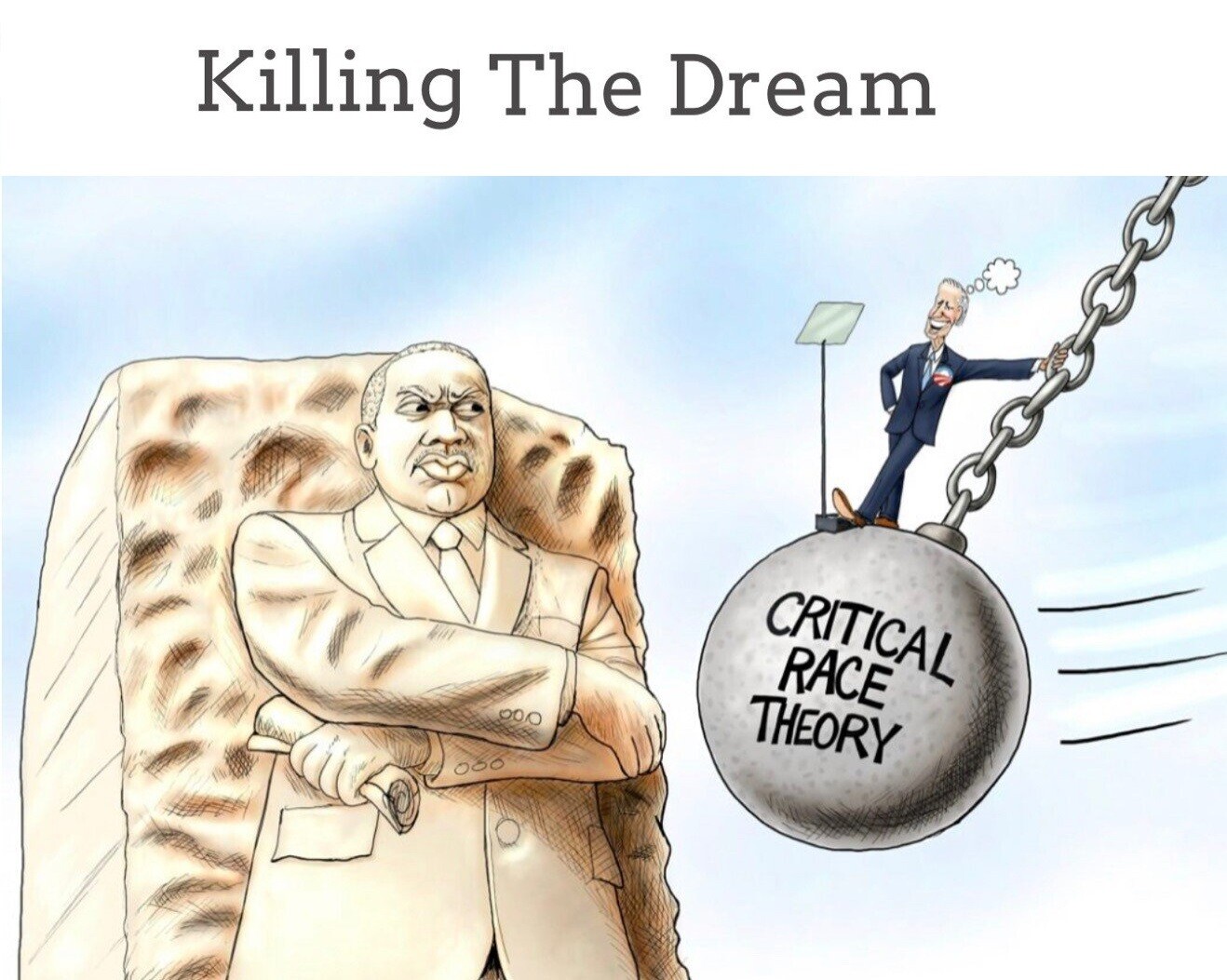 Chaser: from the USA, and Mr Kunstler, who is not a friend of the right.

The very fine people of the Progressive Left believe many things: that men can be women (and mostly should be); that two plus two should equal how you feel, not the same darn thing every time; that “Joe Biden” is not just president but the greatest one since Barack Obama (and the 2020 election proved it). The very fine people on the Left don’t believe in a couple of things: reality and the law. This is getting to be a problem in what’s left of the USA.
Reality, you might think, works in strange ways, such as the idea of rent. It grows out of another idea that happens to underlie law: property. Property is owning something. Granted, it has a certain suspicious artificiality, since you must surrender it to others (usually relatives) when you depart this world. And granted, it is not exactly fair, since some people will own more property than other people. But it has many functional benefits in the greater artificial construct sometimes called civilized society.
Property permits people to thrive, and not necessarily at the expense of other people. If I come to own a house through hard work, thrift, and prudent management of my resources; and if I rent out the second floor to you at a price you are willing to pay (while you work hard and manage your resources); then that bargain succeeds in allocating the “good” called a place to live. Granted, there are some people who make bad bargains (and some people who offer them), but there are many who are satisfied with paying for a place to live, and accept it as a condition of participating in that thing called civilized society, with its many benefits.
By the way, the property-owner designated as “landlord” has payment obligations too: property taxes, the cost of fixing all the goshdarn things that wear out: roofs, plumbing, the paint, etc. Often this landlord has a mortgage on his building, which works as a kind of rent. If the government, which is an instrument of civilized society, suspends rent payments indefinitely, then a certain percentage of property owners are going to lose their property one way or another due to not paying the cost of ownership.
As that occurs, a chain of non-payments begins to disrupt the whole system by which the “good” called a place to live is allocated, and then fewer people have a place to live which renders them…homeless. The very fine people of the Progressive Left, who hold the levers of power these days in the executive branch of the instrument called government, have decided that eighteen months of suspended rent payments during a “national emergency” is not enough. Now, it happens that the branch called the Supreme Court decided otherwise in June. But the very fine fellow, “Joe Biden,” purported to be leader of the very fine people of the Progressive Left who run things, has decided to nullify the judgment of the Supreme Court because… well, because he feels like it.

There is no rule of law, and that is a slope well traversed elsewhere. It ends up with an implosion of the nation state.

I regard this as far more of a pretext for revolution than anything that has gone before. If the rulings of our courts are no longer binding on all of us, then anything goes in America. Might makes right. Feelings matter more than facts. Emotions are more "valid" than principles. "If it feels good, do it" has ascended from teenage efforts to evade conventional morality to the founding principle of the state – and with results that will doubtless prove just as disastrous in the long term.
…
I’ve been hoping against hope that we can avoid an actual civil war in this country; that, despite all the odds against it, enough Americans still had faith in the constitution and the rule of law to prevent a descent into mutual fratricide and destruction.
After this week’s events, that hope has been extinguished.
The progressive left had previously gotten away with murder, metaphorically speaking, by stealing last year’s election: but they had not yet demonstrated such open contempt for the Supreme Court and the Constitution. They at least tried to maintain the fig-leaf, the veneer, of legality. They are no longer doing so – and they won’t stop there. They’ll build on that "success" by doing it again, and again, and again.

This will end badly. As usual, the poor and marginalised suffer most. This is a time for discretion, wisdom, and being where the crowds are not.

Well, of course! But it never is a good thing to say of any group of people that you’ve got to watch them like a hawk and document every single thing because yes, they will cheat you and rob you blind. Of course, you have to do that, but if landlords (most of them) were ordinarily honest, we wouldn’t be warning each other to do all these things. Another thing I just love about landlords is how, after you’ve provided them with your great grandmothers’ maiden names and a security deposit amounting to two months of your gross income and they’ve examined your credit history in extreme detail, then they get all high and mighty and hurt, terribly HURT! because you take pictures and yes, document everything. And don’t get me started on repairs. Or the creep landlord who tried to blackmail his tenant/my next door neighbor into “an affair,” or the young couple before that who he cheated out of thousands and then evicted and ruined their credit under one of the hideously unjust “rent to own” deals that are legal here in Tennessee. Here in my country and state, landlords just really do have entirely too much power. Think Simon Legree levels of evil power. That’s what we’ve got here.

And even so, even after all that, the rent moratorium is just not fair or right, and even I can see it!

Landlords have no power over their tenants that the tenant doesn’t agree to. A tenant can always move. The tenant may have to forfeit some sort of deposit, but that was a condition of moving in originally. It may be hard to move due to other reasons but that is still the renter’s choice. Unreasonable? Crooked? Then document everything.

I was screwed out of my deposit by a landlord when young because I didn’t document damage to the house properly when I moved in. Whose fault was that? Mine. I learned and I never did that again. In fact, my next rental the individual showing me the house actually said “don’t worry about that little stuff, it won’t matter”. I laughed and wrote down every little thing I could find. With pictures.

One of the groups I tend to have a bad opinion of is landlords. I really hate them and have to keep reminding myself that Jesus died for them too. I have a long history of ending up renting from crooked hateful unreasonable people, so that’s where that comes from, but I need to emphasize here that, as a class, I really seriously just do not like landlords. I think the law once gave them entirely too much power over their tenants. That all changed this week. For the first time in my life I am emphatically on the landlords side. For me to be feeling this way is yet another big fat change in the way American political tides are turning. Right now we’re getting those changes about once a week ….

I don’t know if I am a friend of the right, but like James Howard Kunstler I can no longer consider myself a leftie in any shape, form, or fashion.