What has been going on at least locally at the beginning of the week. By topic. 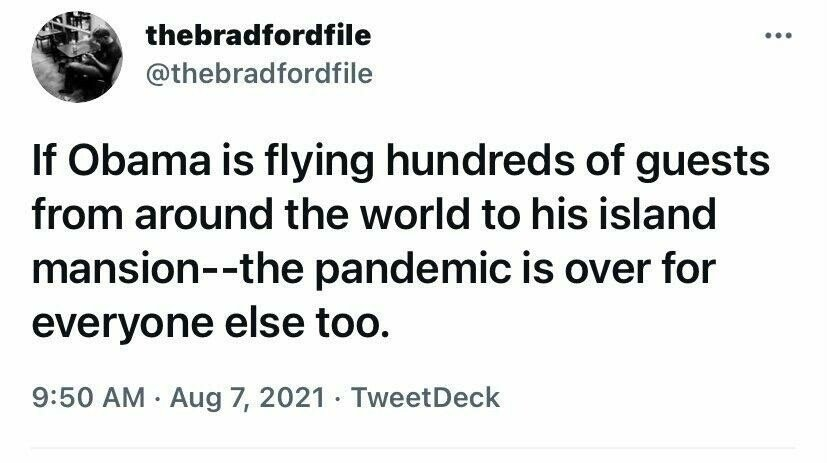 Mike Hosking runs the most listened radio programme in NZ. His comment this morning is apropos. Labour dropped 9.7% in the most recent poll.

You see the theme here? She is back on the sympathy train.
After the crappiest of weeks where Newshub gave them a public spanking with poll numbers that they already would have known about. But it got laid bare for us all to see. It showed what most of us who are awake have known for ages or for those asleep, a rude wake up call.
The government are useless, out of touch, if not dangerous.
Let’s not re-litigate the myriad of cock ups. What Saturday in the papers was about was a deliberate roll out of a Prime Minister in real trouble and the admission they know it. Because post the numbers, the back flips were of Olympic proportions.
The announcement of an announcement this Thursday, the pathway out of Covid. Spoiler alert, it will be nothing of the sort. Then the RSE expansion, then the cycle bridge which is on its way out. I am told there is mental health dollars to be tossed out shortly as well.
To cement it all, a blitz of the papers by the great leader. Rolling out her best sympathy routine about it all being hard and scary.
Now back to "why 2021 is harder than 2020." That’s simple, it’s because Labour got a majority. And emboldened by the vote and with no small sense of self-entitlement, they went nuts.
They went nuts with a series of policies they didn’t talk about during the election. They went nuts with a series of policies no good government should be event thinking about during a pandemic.
And as regards the pandemic, they got trapped in a corner. 2021 is the year elimination of Covid became the failure in planning it always was, and because there was no hurry for a vaccine because we had no Covid.
That fatal mistake, along with their ineptitude when it comes to delivering anything, has them appallingly exposed. They know, as do we all, that we are one cock up away from a Delta breach.
And when/if it happens, you watch the panic set in. The answer is the vaccine, and they don’t have it.
We know, they know it. So, they sit there every day praying the phone doesn’t ring telling them the bad news. It’s a panic race. Do we get jabbed before the end of the year or does Delta arrive sooner?

There is some risk here. Prof Wilson from Otago University thinks it will only take one community case of the delta variant to get lockdowns happening in NZ.

A public health expert says the highly transmissible Delta variant of Covid-19 could prompt a local lockdown with even one community case in New Zealand.
Otago University Professor Nick Wilson said of the the 25 Covid-19 cases currently in managed isolation and quarantine, "most" are likely Delta.
The Delta variant, originally identified in India, is almost twice as contagious as the original Covid-19 strain that came out of Wuhan, China, according to the American Society for Microbiology.
Last Friday, the US Centres for Disease Control and Prevention reported that fully vaccinated people can become infected and transmit the Delta variant, unlike other variants. It described this as "concerning" and a "pivotal discovery".
"Delta has really changed the situation quite substantially," Wilson said.
If a case of Delta was found in the community in New Zealand, Wilson said the government would rapidly have to determine if there was an identifiable border connection. If there was any uncertainty about this or how long the chain of transmission was, he said the government would move quickly.
"There would have be some very fast decision making to consider a local lockdown, and that is the approach that we’ve seen working in Australia. If it’s done fast and hard and quick, it may mean that a lockdown in a city or town can be restricted to just a matter of days."
Wilson said the transmissibility of Delta meant MIQ facilities should have infection prevention control at the "absolutely best level possible". He said there has been progress in reducing MIQ-related risk, with vaccination of workers and work on improving ventilation.
"With the very high infectiousness of this Delta variant, we may need to do even more. That would be things like absolutely avoiding people mixing in exercise areas and smoking areas, which still occurs," Wilson said.

Chris Trotter is a wise political operator. COVID 19 is politicized in NZ, because that is why Labour are in power. If it gets in, they won’t be.

The lesson delivered was as old as electoral politics itself: Dance with the person you came with. Or, more prosaically: before looking after anybody else, a wise political leader looks after the people who brought her victory.
If Clark didn’t pass that lesson on to Jacinda Ardern, then she should have. And, if she did, how could Jacinda have forgotten it? Because, nearly a year into her second term, it’s becoming increasingly clear that Jacinda is in danger of forgetting who, by delivering her Government its unprecedented parliamentary majority, brought her to the dance.
Conservative political commentator, Matthew Hooton, has put the number of habitual National Party supporters who crossed over to Labour in the 2020 general election at approximately 400,000. It was to this enormous number of voters that Jacinda was speaking on election-night when she promised to govern “for all New Zealanders”. Like Clark in the aftermath of 2005, the present Prime Minister, at least initially, seemed to understand that the hearts and minds of these temperamentally conservative voters were precious. Having won them, she could not afford to lose them.
It did not require a rocket scientist to explain how those 400,000 hearts and minds had been captured. Just one hyphenated word will do the trick: Covid-Nineteen. So long as Labour continues to keep New Zealanders safe from the Coronavirus, those former National Party voters who lifted Labour from 37 percent in 2017, to 50.1 percent in 2020, will not be dancing with anyone else.
If someone hasn’t affixed a post-it note saying: “It’s the pandemic, stupid!” to the PM’s computer-screen, then, quick, do it now!
Because there’s something happening out there in the electorate. It’s probably too much to call it disaffection, but one wouldn’t be drawing too long a bow to call it unease. With the Delta variant of Covid-19 raging across the planet, the Australian bubble on “pause”, and the percentage of vaccinated Kiwis alarmingly small; this government is just one significant community outbreak away from an electorally catastrophic loss of confidence.
Because it’s not as if it’s doing superlatively well on all the other battle-fronts of the political war.
Homelessness and housing affordability are no closer to being brought under control. Only last week the Child Poverty Action Group released a report blaming the Government’s “inadequate” Covid-19 social support measures for tipping a further 18,000 children into poverty.
In the midst of a “Climate Emergency” we are importing more coal than ever, and burning it to keep the lights on.
It is also apparent that, very slowly, the volume of discontent over everything from the “Ute Tax”, to He Puapua, to “Hate Speech” legislation, to contracting the Mongrel Mob to fix the problems created by … the Mongrel Mob … is rising.
While New Zealanders can lift their eyes to the rest of the world and see only danger and derangement, Jacinda’s 400,000 Tories will waltz with her in breathless gratitude. But, just let that danger and derangement cross the border, and see how fast everybody’s dance partners change.

When things become political, the politicians control them. There are alternative ways forward, but they won’t happen. Because lockdown and closing borders won the election, and acknowledging the cost of this will cost the government power.

We have not seen the NZ ratings — commercially sensitive and broadcast on State TV and pay per view, but in the USA the Olympics have not been a commercial success. This is from NZ radio, quoting CNN.

After pandemic-fueled delays last year, the Tokyo Olympics have gotten a lot of attention around this summer. Unfortunately for NBC, that attention has not translated to viewership.
NBC’s TV audience for the summer Olympics is down a whopping 45% from the Rio games in 2016. Viewership in prime-time is even worse, down 51%.
The good news for NBC is that its prime-time coverage on TV is still averaging roughly 13.5 million viewers, bringing in a bigger audience than most of its rivals’ broadcasts do right now. NBC’s total audience delivery — which compiles viewership across broadcast TV, cable and streaming — gives that prime-time number a little boost, averaging 16.8 million viewers, according to the network.
The other bright spot for NBC is that the Tokyo Games have found an audience via digital platforms and streaming.
The network boasted that Peacock, its streaming service, has notched strong viewership for the games. On Tuesday, NBC said that viewers had streamed 3 billion minutes of Olympics coverage across NBCOlympics.com, the NBC Sports app and its Peacock streaming services. Moreover, NBC said that number is "pacing to surpass Rio Olympics total in next few days."

Didact reminds us that the Olympics has not been about the true, the beautiful n the good for long time.

Now, if you’re anything like me, you are vaguely aware that something called “The Olympics” took place over the past month or so. And, again, if you’re anything like me, you don’t give the furry crack of an airborne rodent’s posterior about any of it. The Olympics, from my perspective, are nothing more than a gigantic exercise in spending billions of dollars on a cringe-inducing snoozefest where athletes from countries that you’ve never heard of, compete in sports that you’ve never heard of (and in many cases aren’t even real sports) and shack up in a big-ass “Olympic Village” to engage in a massive bacchanalia of sex and drinking.
Oh, you didn’t know about that last part? ‘Tis true, Horatio, ’tis true.
Anyway, since I can’t be arsed to watch the Olympics, especially now that they’ve gone all woke, and are therefore incredibly stupid and even more annoying than usual, I figured i might as well dredge up a treasured childhood memory to compensate.

It is over for three years. I did watch some of it. Mainly the cycling and running: sports Iknow.

But I assume that every one has had their metoablism "optimized"

And I got sick of the workness. Real quick.

This is pgetting close tot he end of mass media. We are lef with pay TV(to be avoided) social media (ditto) and the few sources o free thought remaining.

WHich genreally requires that the blogger build his own platform and accept there is no profit in the truth.

Expect the Olympics to get smaller as they cannot get a decent profit from the GV rights. PRofessional sport has gone woke and is in a death spiral: this will save real sport which is still worth doing, even if you do it badly.