Around the traps (and Memes).

It is not good for any of us to spend too much time on the blogs or reading about the COVID in the lockdown. Or other things. So here is my precis of the day so you don’t have to read everything.

And Memes. Always some memes. 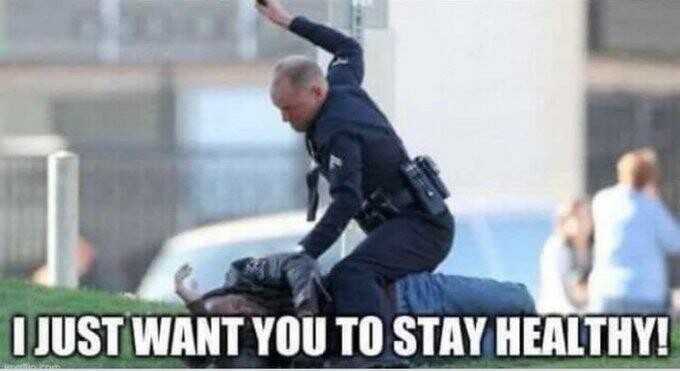 Scotty from Marketing gets it right.

This is Cam Slater, from BFD, who has been looking at Scott Morrison’s suggestion that cases of the COVID is not the issue. It is hospitalisations and deaths.

As the Government here ramps up the fear factor scaring everyone and essentially bullying them into getting something loosely described as a vaccine, they necessarily focus on case numbers.
But as we have seen for months now out of MIQ, loads of people have had the much-maligned Delta variant, but none have required hospital treatment, much less ICU treatment and zero have died.
The Delta Variant isn’t a killer. The numbers from England prove that.
So, why the focus from our Government on case count? It can only be to scare people. Presently just five people “across the motu” (across the country, in plain English) are in hospital from the supposedly “deadly” delta variant and none, repeat none, are in ICU.
Right now you stand as much chance of dying from the vaccine as from the CCP Virus with deaths being on a par with each other.
Just as we’ve seen overseas in places like the UK, even when their case numbers tick up, their hospitalisations and deaths are not increasing at the same rate and remaining flatter and at rates like you see with the flu.
More people die from the flu every year but we don’t have lockdowns for that. We don’t have Ashley Bloomfield announcing how many people were diagnosed with cancer today, or meningitis, so why do we do this for the CCP Virus?
Right now, as I see it the Government’s elimination plan is going to fail. It has to fail given their present default settings.
Why?
Because they are ignoring what has happened in every other country with Delta. They are also ignoring the fact that their default settings of a locked up border and MIQ has likewise failed.
The UK, Israel, India, Fiji, Australia and many other countries all have exploding case numbers, all with Delta and all with higher vaccination rates than New Zealand.
Can anyone else see the folly of pursuing an elimination strategy in the face of overwhelming evidence to the contrary that hard lockdowns work?
India alone stamped out the spread of Delta, not through vaccines but rather through widespread dosages of Ivermectin, but you won’t be seeing that any time soon in the media, mainly because the Government invested heavily in vaccines, and the media to push the vaccination messaging.
It would be a great start to implement Scott Morrison’s suggestion of removing the focus on the case count.
But chance would be a fine thing.

This is already happening in the press not funded by the self styled government of Aotearoa.

No not, Antibody Dependant Enhancement. This delta variant is not lethal. But something nastier: suicide and self harm secondary from lockdown. This was in my email, from the USA Centre of Disease Control.

Suspected suicide attempts (SAs) by teenaged girls have increased significantly during the COVID-19 pandemic, according to data released today by the Centers for Disease Control and Prevention (CDC).
Among children and adolescents aged 12 to 17 years, the average weekly number of ED visits for suspected SAs was 22.3% higher during summer 2020 and 39.1% higher during winter 2021 than during the corresponding periods in 2019.
The increase was most evident among young girls.
Between February 21 and March 20, 2021, the number of ED visits for suspected SAs was about 51% higher among girls aged 12 to 17 years than during the same period in 2019. Among boys aged 12 to 17 years, ED visits for suspected SAs increased 4%, the CDC reported.
"Young persons might represent a group at high risk because they might have been particularly affected by mitigation measures, such as physical distancing (including a lack of connectedness to schools, teachers, and peers); barriers to mental health treatment; increases in substance use; and anxiety about family health and economic problems, which are all risk factors for suicide," wrote the authors, led by Ellen Yard, PhD, with the CDC’s National Center for Injury Prevention and Control.
In addition, the findings from this study suggest there has been "more severe distress among young females than has been identified in previous reports during the pandemic, reinforcing the need for increased attention to, and prevention for, this population," they pointed out.
The results were published June 11 in Morbidity and Mortality Weekly Report.

That is fairly awful, and this meme is probably bad taste, but it made me smile. Our Dogs give us "the look" if we go that bleak. Broad hint: never share all your problems at once.

In short, All of NZ remains in lockdown for four days(note that there are only cases in Auckland and wellington, five people in hospital, no one in ICU and no deaths as of this date) and Auckland will remain in lockdown until 31 August. From GAB

I get it: Jacinda Ardern is keeping us under house arrest until we get vaccinated.
The whole country remains on level 4 until midnight Friday (Aug 27) Auckland remains on level 4 until midnight Tuesday (Aug 31)
This will be reviewed closer to the end date and may be extended.
WE ARE BEING HELD TO RANSOM
No cases in the South Island – how can she justify further level 4? Well, how about she knows if she opens the South Island, where few vote for her, she’ll lose the Auckland vote where she gets much of her support, particularly South Auckland.
New Zealand is experiencing a form of COLLECTIVE punishment. This is what the Germans did in occupied France during WWII.
This will never end until we end it.

There will be an end of this progressive project, and the lockdown is accelerating it.

Unfortunately, I agree. The microbiologist who has been the main propaganda person here is appearing now on Game shows. Which will go down really well with the senior common room.

re Contacts – Control by contact tracing (and masking, and social distancing, and hand-washing/ swabbing for that matter) is utterly ineffective (hence net-harmful) with viral respiratory diseases.

All this has been well understood and uncontroversial for many decades – until 2020, when epidemiologists and communicable disease ‘experts’ consented to a top-down-enforced memory-wipe.

Ardern is showing “heat maps” of contacts. Apparently 120 contacts in the South Island, so we must be isolated. Murmers of SI secession are starting again.

“there are only cases in Auckland and wellington, five people in hospital, no one in ICU”

All this data is easily fakeable – hence almost certainly faked. Only deaths count – and there the attribution of cause has been from mostly to entirely faked (according to place and time).

“Cases” = positive test results – where there is no gold standard for a valid diagnosis – false positives with PCR testing are certainly a majority, and may be 100%.

In the internationally-disseminated scare stories from Lombardy it was clear that the ICU beds were being ‘blocked’ by certain-to-die patients (mortality rate was quoted at 100%) aged well over 80 with multiple prior pathologies including dementia.

In a sane world None of these terminally ill Lombardy patients would have been in ICU – artificially kept alive for an extra few weeks, only to die alone in horrible conditions.

The ICU situation here was politicized before the first case when the UN evacuated a senior worker with COVID from Fiji, after pressure from the Minister of Foreign Affairs, and an ex PM who now works for the UN and is the mentor for our current PM.

Parliament is now suspended and we are being ruled by diktat. We have a ministry of truth. This is not the New Zealand of my ancestors