Today the government, who does not do much planning ahead, is making a decision of the Covid alert level. The short version of these levels is:

We are currently at level 4. Level three is "Level 4 with KFC.

So in this morning’s paper.

Southerners are hoping another day of no Covid-19 cases in the South Island will translate into a drop in alert levels being announced this afternoon.
Prime Minister Jacinda Ardern will today announce the Cabinet’s decision on whether to extend Level 4 beyond tonight.
The decision will affect all of New Zealand apart from Auckland, which will remain in Level 4 until at least Tuesday.
Business South chief executive Mike Collins said businesses felt if there were no cases in the South Island, "it would be hard to justify us remaining at Level 4".
"Level 3 can still be a messy time for businesses and schools, some can operate with click and collect but some still can’t operate."
Level 3 would get more business activity going, but it was still not ideal.
"They would prefer Level 2 as soon as possible." 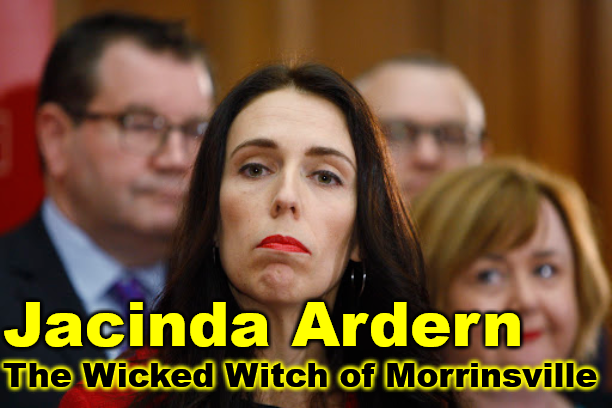 There are those in the South Island who have looked at their models of the epidemic and want the level to remain at what is a continual lockdown, forgetting that people suffer when this happens.

An epidemic modeller believes wastewater test results could hinder Christchurch’s chances of moving down alert levels this weekend.
Cabinet meets today to decide if any areas outside of Auckland can move to a lower level.
Covid-19 has been detected in Christchurch’s wastewater, but three returnees with Covid-19 are isolating in the city.
University of Canterbury Covid-19 modeller Professor Michael Plank says until that wastewater result, he thought it would be reasonable for the South Island to move down levels.
He says the government may wait until Monday to change them, on condition of a negative wastewater result in Christchurch.

The question is if the elimination model will work at all. This is the official model, but this is now being questioned. Mike Hosking is the most listened to talk radio person in the morning. He writes.

What this week, I think, has proved is we didn’t prepare properly, if at all, from last time.
We are short of contact tracers, DHBs didn’t know who of their staff were jabbed, we hadn’t prepared to jab in level 4 so we stopped it, and we are still arguing over butchers and coffee at service stations.
And we are using the same thinking to deal with a variant that has changed. The R rate, I was told yesterday is down to 2.5. It was 6 but it’s moving in the right direction, but it’s still a mile above where it needs to be.
That is the problem. The locations of interest are through the roof, and some go back weeks. There are not enough contact tracers to round up all that data. The testing is stretched beyond capacity.
The sort of response and the speed of that response isn’t good enough to round up the data they need to get on top of this thing, or to get to the edges, as they say.
Could they do it? If we all stay in level 4 literally for weeks. Probably.
But in that calculation is the conundrum. How many weeks can the bulk of the population, if not all the population, given the Christchurch wastewater news, sit in level 4 before the Government cracks?
The race on vaccine is lost unless they get new supplies and/or change policy and rollout another product. There is no way we can wait until November when everyone has been jabbed.
We already know at the rate of 80,000 a day we will run out of the supply we’ve got.
The Government has had a shocking week, given the world has told us in no uncertain terms, elimination is hopeless and last year’s response. The Government in suspending Parliament, being busted in the saline cock up, and having missed their day 7, 8 and 9 target is left scrambling. They’re frantically pedalling their message of fear hoping the mass psychosis plan is still worth points in the polls.
It feels like we are close to an inflection point. This isn’t like last time. The Government still push back hoping it is.
The question is, are they right and get on top of it? Or if they’re not, how long before they admit it?

The official announcement will be sometime after 3 PM. Which makes adjusting what any business or service does difficult unless people work through the weekend.

Well, that stops the evacuation.

There was a bomb, NZ was never going to continue to remove people from Kabul after 31 August: the plan was to stop before the USA. We are now ceasing that operation.

>[President Joe Biden promised on Thursday to hunt down and destroy the ISIS-K terrorists](https://www.dailymail.co.uk/news/article-9930893/Biden-promises-hunt-ISIS-K-make-pay-blasts-killed-12-troops-60-Afghans.html) who killed 13 American service personnel and dozens of Afghans in a double suicide attack on Kabul airport.
He paid tribute to the ‘selfless heroes’ who died helping vulnerable people to safety, but delivered a stern warning to the Islamic state offshoot responsible for the blasts that killed 11 U.S. Marines, a Navy medic and another service member screening evacuees at the airport gates.
The two locations targeted in the bombings were the Abbey Gate of Hamid Karzai International Airport, where US troops were screening Afghans for evacuation, and the nearby Baron Hotel, where thousands including Afghans, Britons and Americans, were told to gather in recent days before heading to the airport for evacuation.

It looks like Biden then could not handle questions, and that he can’t do much on the ground. But NZ is worse in its leadership.

[The Government has ended its effort to evacuate New Zealand citizens](https://www.stuff.co.nz/national/politics/126201780/possibly-hundreds-left-behind-as-new-zealand-afghanistan-evacuation-mission-ends-after-kabul-terror-attack), their families, and Afghan allies from Afghanistan after a terror attack at Kabul’s international airport.
Prime Minister Jacinda Ardern said Friday morning the last flight of a Defence Force Hercules into Kabul was completed on Thursday, prior to the attack, which killed United States soldiers and numerous Afghans seeking an escape from the country.
“We strongly condemned this despicable attack on many innocent families and individuals who were vulnerable in simply seeking safety. I can confirm that no New Zealand Defence Force personnel were in Kabul at the time of the explosions,” she said, at a press conference.
“For days, there have been warnings that the situation in Afghanistan was deteriorating … also that there was a serious threat of a terror attack, and that the window for evacuation operation was closing. Given the situation on the ground, that window has now closed.”

The consequences will not be.

May God have mercy on Biden’s soul for what he has wrought. The American people are in no mood to issue any.

In re the vax and getting open, uh… has anyone told Jacinda that the vax doesn’t protect against Delta? Do we need to write her about breakthrough infections? Because that’s what we’re starting to see here.