And Mindbleach, pretty things, the good, the noble, the upright. That which we need to consider. There are too many people preaching despair. Our government works by threats: comply or you will have all you earned taken from you, even your freedom. And social media is complicit. 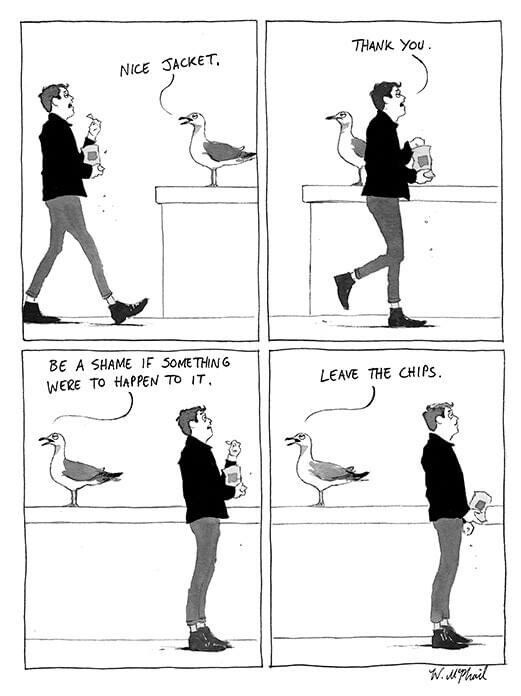 Adam rips into Doctors. I know that medicos, nurses, pharmacists, physios are all gagged when it comes to talking about the vaccine over here. Because the government appoints the majority of their board. There are rewards to acceding to their wishes. But the consequences will be as Adam describes. 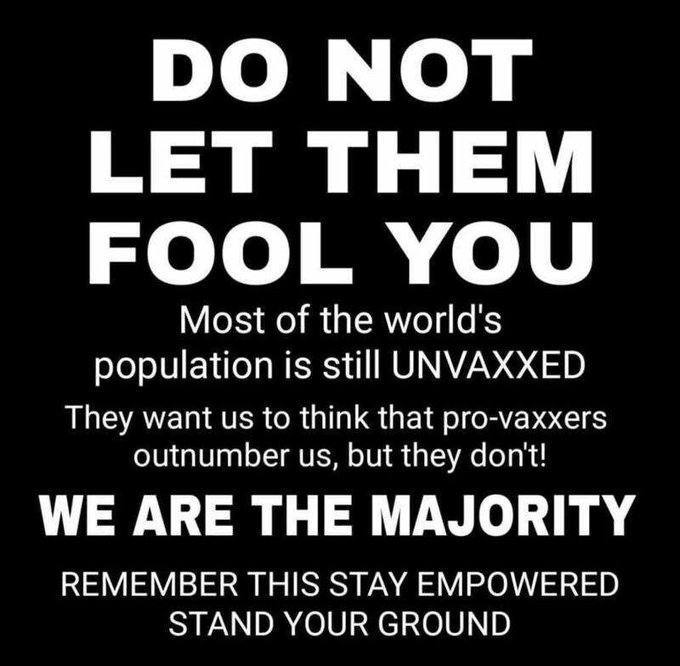 Surely this sort of message directly undermines what governments are attempting to achieve with the vaccination program. But the question is not why this message at this time. Instead, we should consider for whom is this message? This direct threat.

It is for doctors and other members of the medical establishment. It is to warn them not to stray from the official line, that their cushy incomes are always at the pleasure of those in charge. They are being told that while the media is on their side today, that could very well change if they don’t get with the Covid program.

Of course, most doctors don’t need this sort of threat. They’re happy to remain on board the gravy train. But better for doctors to police themselves, to keep their recalcitrant members in line. Call these articles a friendly little reminder.

But my mistrust of the medical profession has been healthy for a long time. What we are seeing now is a fair percentage of normies waking up to the lies of the doctors who profess to heal us. While brave individual medical staff sound the bell of warning, the majority go with the flow of cash which they are all too happy to accept as they participate in the global mass murder that is ongoing. Let us not fail to mention the absolute apocalypse of abortions over the past several decades. Do no harm indeed.

No, it is medicine that will emerge at the end of this tunnel of suffering with its reputation in tatters, much like bankers after the shambles of the 1930s. 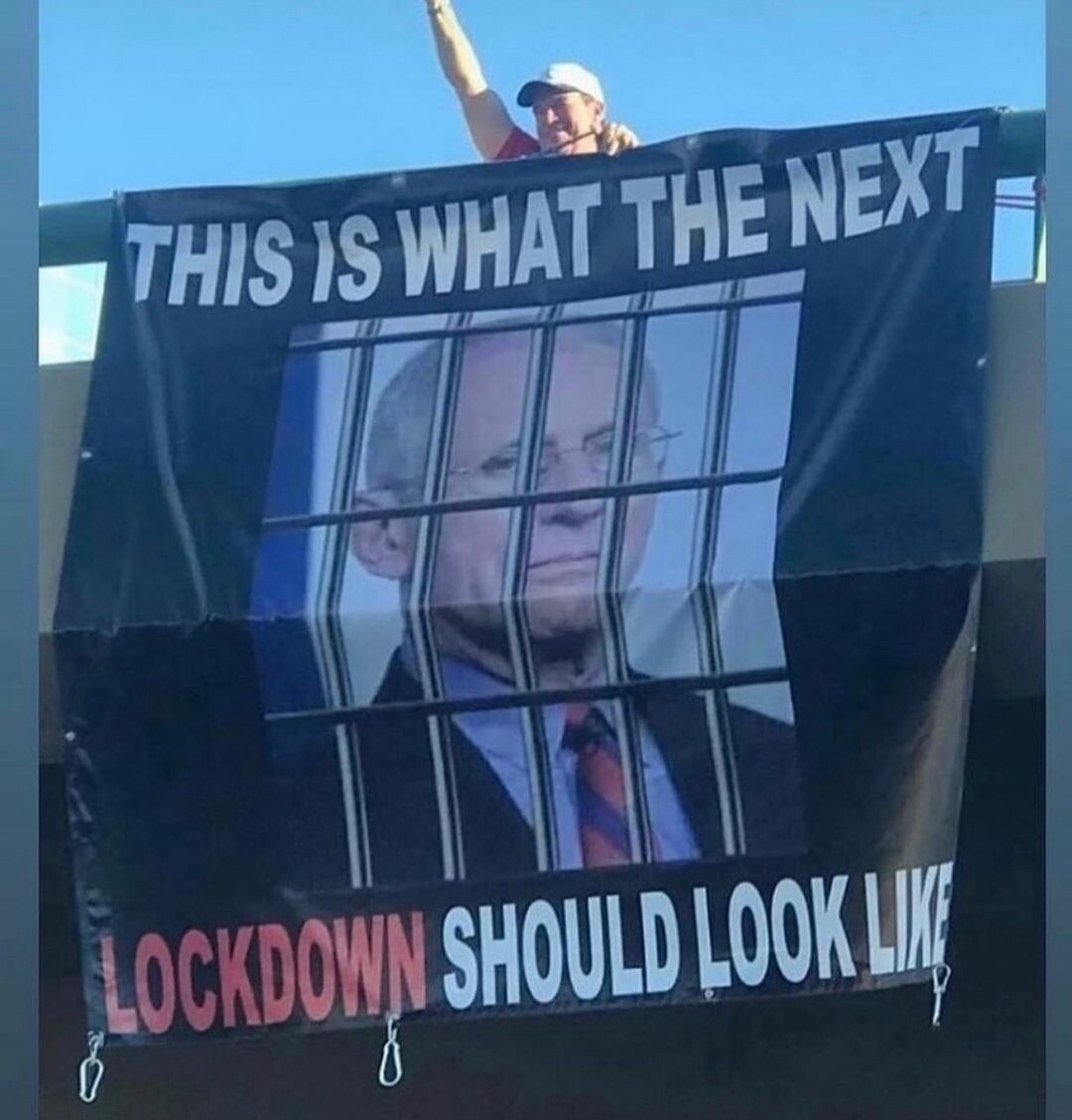 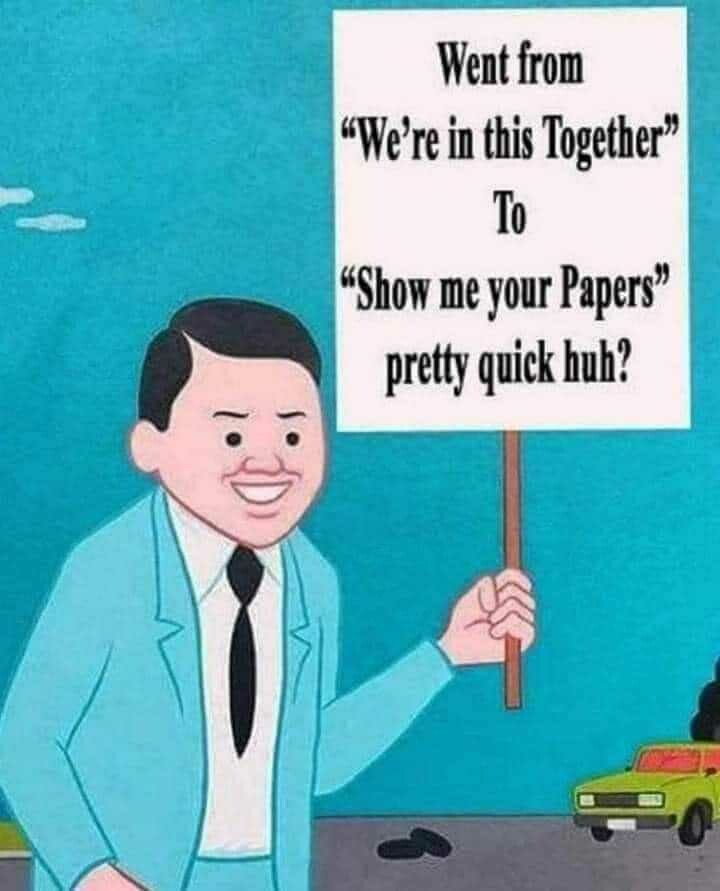 Can’t get a sweat up. Maybe a cold sweat. I have spent all day just fucking aghast that a New Zealand Prime Minister has denuded upwards of 30,000 New Zealanders of their rights of Citizenship; Ie right of re-entry to their native country and no one seems to perceive the gravity of the situation because she just got a bazillion TikTok likes. I think there is the clever workings of a borderline sociopath/ in that head. I’ve met some. If they are not mentally ill they can be quite successful. An acquaintance of mine is a top legal counsel here in the Bay and she gets what she wants. It takes an interesting combo of qualities at the very least and a long view to plan a wedding and strip your Kiwis of hope of reuniting with loved ones for political gain I must say.
But you know. It started with people coming from India. We kept them out because they came from a funny country and they made bad choices being in need at the start of the MIQ internment. And you know the rest: “First they came for….”
I’m just saying. It’s hypocrisy and not at all kind. 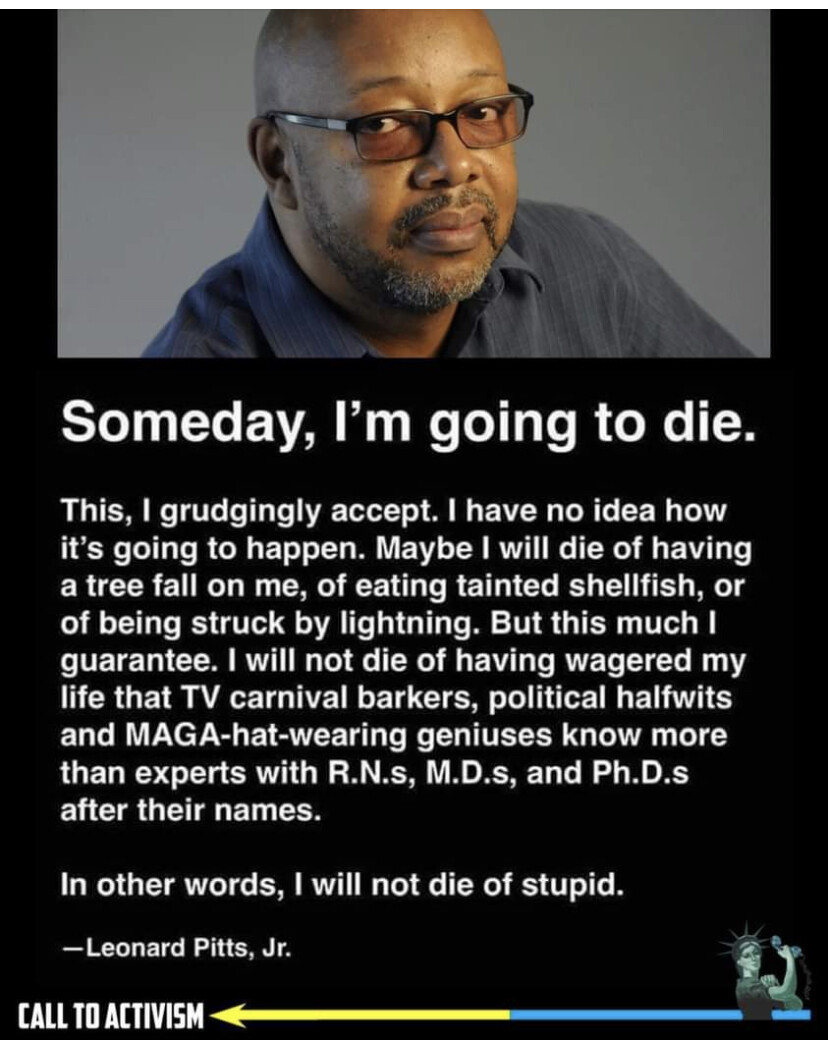 From the BFD. Kea says that facebook is turning.

Meanwhile back in the depressingly real world, Hosking has pivoted from vaccine shill to drum banger for vaccine passports. Quelle surprise. The psyop of manipulating the great unwashed is as predictable as it is demoralising. We have seen it all before if you only look overseas. And that is where our Breakfast host went for his latest bit of pump priming. He had a fairly lengthy interview with Catherine Field who was telling all who cared to listen how wonderful life was in Italy (I thought she lived in France – no matter) with a vaccine passport. ‘Back to normal – I can go to a cafe or restaurant and all I have to do is show the pass’.

Good grief, if anyone with half a brain thinks showing a pass to buy an espresso is ‘back to normal’ they don’t deserve to exist in a civilised society let alone indulge in coffee. Listen up, you muppets, mask wearing for going about daily activities is not normal. Social distancing is not normal. MIQ is not normal. And ‘vaccine passports’ on a domestic basis are not normal. These reprobates are luring us into their trap by promising rewards consisting of things (rights) we used to have anyway and were taken from us on doubtful moral grounds at best.

My only hope is that in most places (not Italy, obviously) a domestic vaccine passport has just been used as a threat to get jab numbers up and it has been withdrawn at the last moment. Norway and Denmark have gone further and binned everything on the restriction front. Unfortunately the smart money would be on Italy and not Norway as a role model for our mob, wouldn’t it?

To those who say ‘Well, that is the way the world is going’, they fail to realise that is no justification. It is just global groupthink stupidity. We may need vaccine passports to travel internationally as a result of this global lemming performance but hopefully even that will be history in one, two, who knows years. I will not be traveling overseas until then. 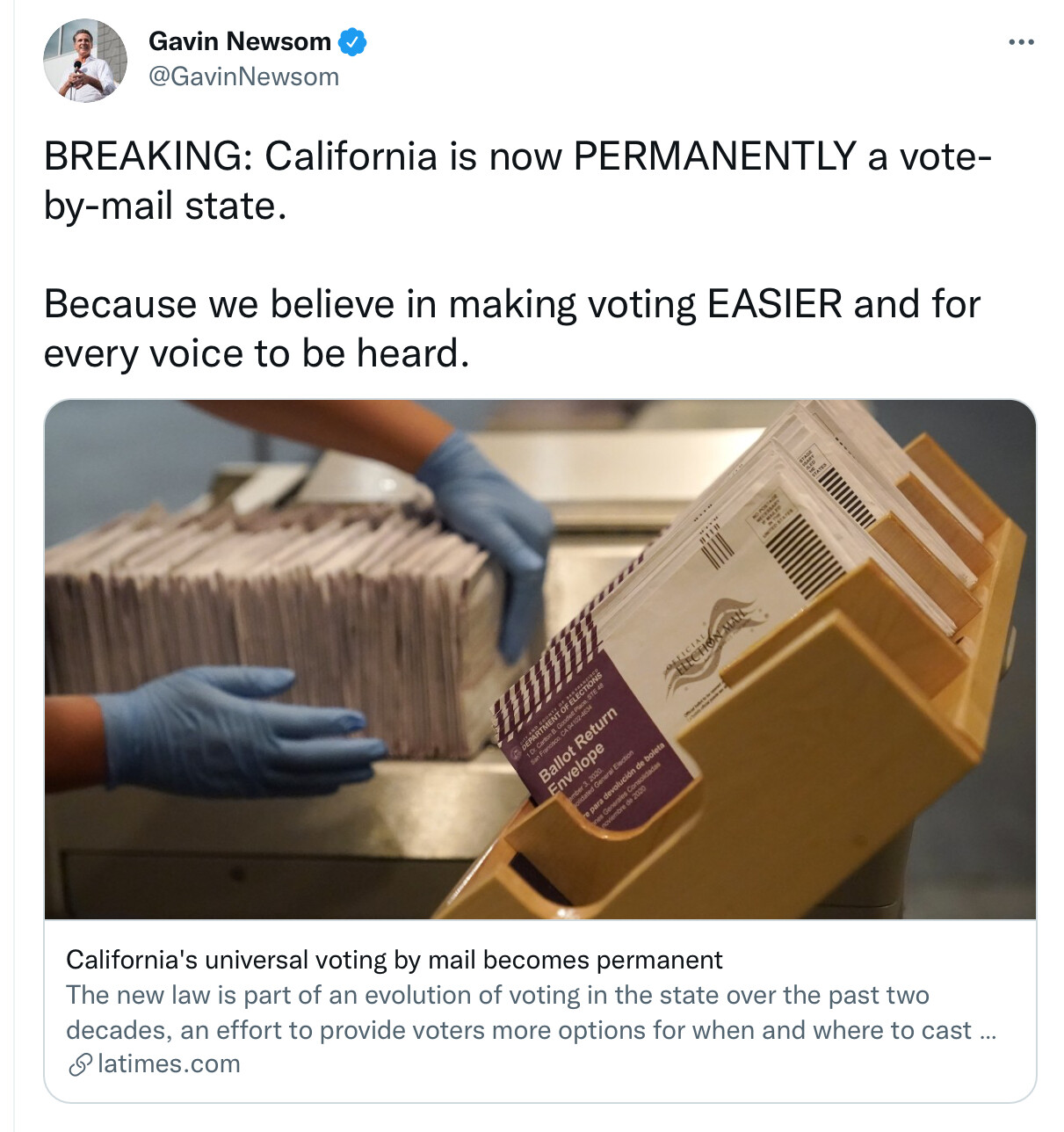 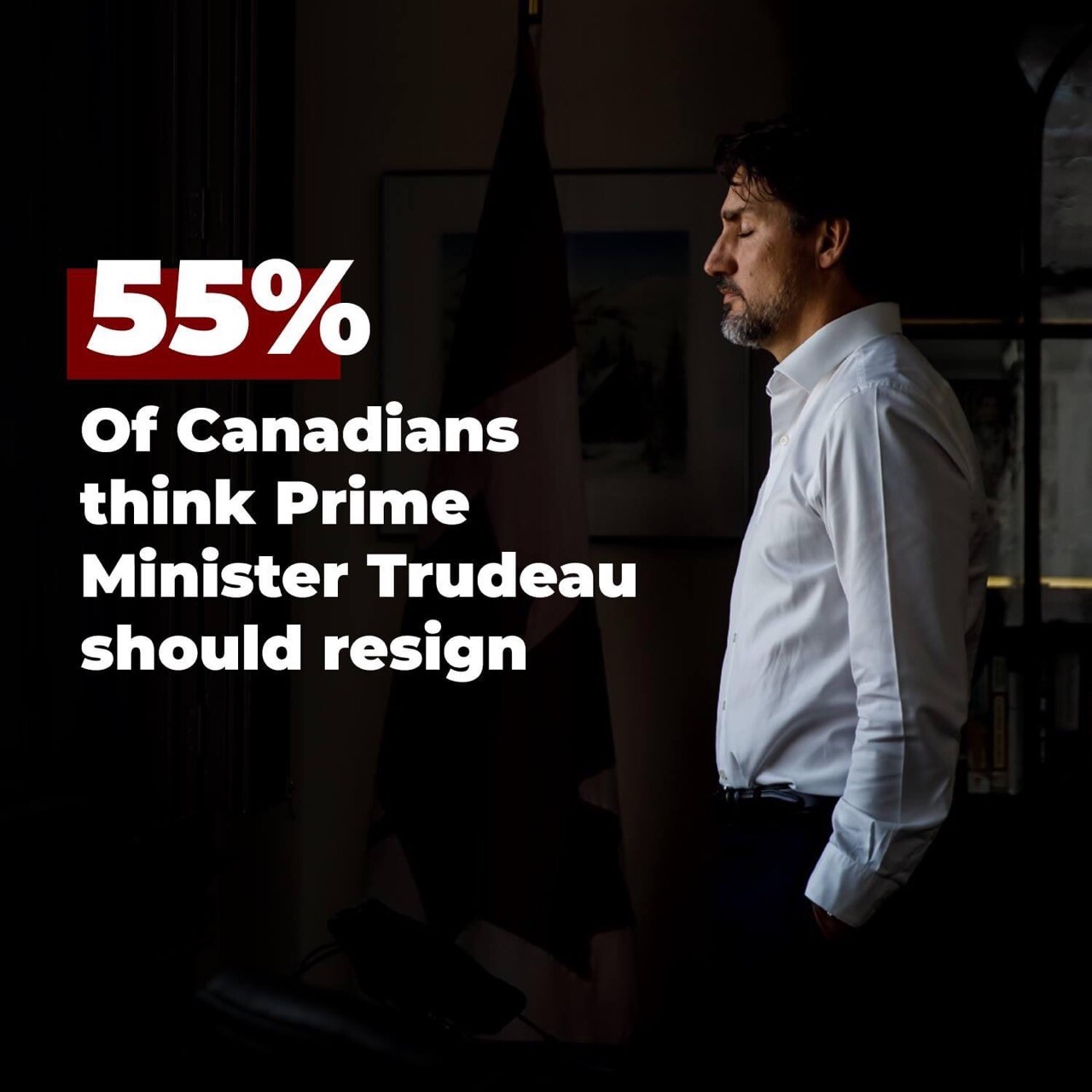 Cam Slater notes that the doofus decided to post on FB that the vaxx was safe, and this pissed off a pile of people.

Jacinda Ardern probably thought she was addressing the elephant in the room by using her Facebook page to tell everyone that the vaccine was perfectly safe and that there was heaps of disinformation out there, but that it was all fine. But the post just enraged thousands of ordinary Kiwis and spurred them to share their own stories of the negative side effects of the vaccine including myocarditis, shingles, blood clots, heart attacks, seizures and death.

But as fast as the minions could delete them others were taking screenshots and posting them to another Facebook page to show just how badly the Prime Minister was censoring the avalanche of bad news about adverse reactions to the vaccines. What followed was tens of thousands of comments. Ardern’s FB posts typically attract between 2-3,000 comments.
…
Big Media in New Zealand are now officially the propaganda wing of the Government. They sold their soul for $55 million and that is why they aren’t covering the thousands of Kiwis who have been harmed by the vaccine that Jacinda Ardern is, through her rules, regulations, propaganda and bullying, forcing into people’s arms.

She may have the Big Media on her side but she can’t hide on social media. She’s just found out that when media are muzzled then people find alternative means of communication.

The people are rising. If you live in Auckland and were out and about today then you will know that the Prime Minister is deluded in the extreme thinking Auckland is at Level Three. This is the problem with the elites, they live in a bubble where civil servants ingratiate themselves to their masters and tell them what they want to hear. Meanwhile, the general populace in Auckland has had enough and are just getting on with life despite the rules and regulations.

Six months ago this feedback would never have happened and neither would the mass disobedience of Aucklanders that I witnessed on Monday. A year ago New Zealanders voted in huge numbers for this Prime Minister but now they are sick of the sight and the sound of her. 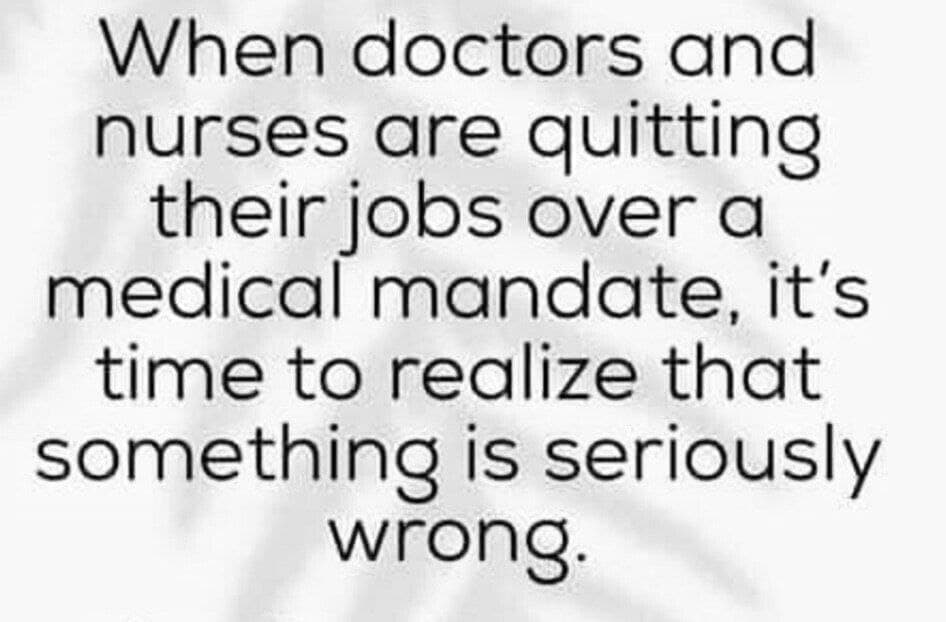 This made me laugh. Do not go full Moron, LARPing the third Reich is full moron.

To make it clear, I think Newsome and Trudeau will pander to the Islamists and haters far faster than the alt-right would. 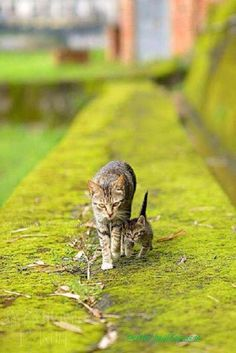 @Heresolong We’re seeing vax mandates for “eligible” HS kids starting here in CA – aka anyone over 16. Masks are off if vaxed. Not expecting revolution here in Cali… :p

We are back in full mask mode here in Washington state (USA). The grocery stores have deployed the mask police to the entrances. I managed to shop several times over the past few weeks without but rarely saw anyone else. Now you get accosted (politely to be fair) as you walk in and offered a mask. Considering that the flu season is coming I am skeptical that this will go away, especially with the demands (and multiple private businesses choosing) to require proof of vaccine. Waiting for the revolution but not hopeful.