Kea sat me down today and made me watch a video from Brian Tamaki. She was sent it by a mate who was involved in Destiny Church — which did not “take off” in our town as it has elsewhere. The Tamakis minister to some of the poorest and most stigmatized people in New Zealand. They were talking about the homeless starving because they cannot fossick in the rubbish bins of restaurants, and how there was relief at level 3 lockdown because the toilets are open and they can wash. They were closed at level 4, for five weeks.

They told stories of suicides and despair and oppression. Tamaki is not a man to sit down over these things and comply. So he’s made a coalition of concerned people and this is their press release.

This government has broken the law, by creating its own laws to break previous laws eg. overriding The New Zealand Bill of Rights 1990.

They are violating our Freedom of Speech and our Freedom to Choose. Democracy has disappeared while this government has gained excessive state control. Their incompetence and failure at protecting our borders and quarantine centres, has resulted in all of these community cases coming through. Covid is only in the New Zealand community due to this government’s multiple failures.

What can we do about it? We sin by silence when we must speak by protest! Your voice matters! Your life and your children’s lives matter! We must stand together! Let’s put our differences aside and stand on what we agree on! “OUR FREEDOMS”

I propose a peaceful stand to regain our democracy back again. We need not repeat the violent protests that are happening in Australia and around the world. We can be an example to the world, and protest peacefully.

The power is and always should be with “We The People” not with power-hungry politicians. We give them the power to govern. They are supposed to serve us, the people. BUT when a government steps over the line…it’s time for we the people to step up to the line.

I’m calling every concerned citizen, every hard-working Kiwi family to stand together for True Democracy.

As of midnight Friday, October 1st 2021…All lockdowns and levels must CEASE
Otherwise, on Saturday the 2nd October 2021…A national peaceful stand will take place in Auckland and Christchurch.

I’m more cynical about the government than Brian. I don’t believe they will allow such demonstrations to occur without inciting violence — or bringing in a police overkill, as happened in Melbourne today. 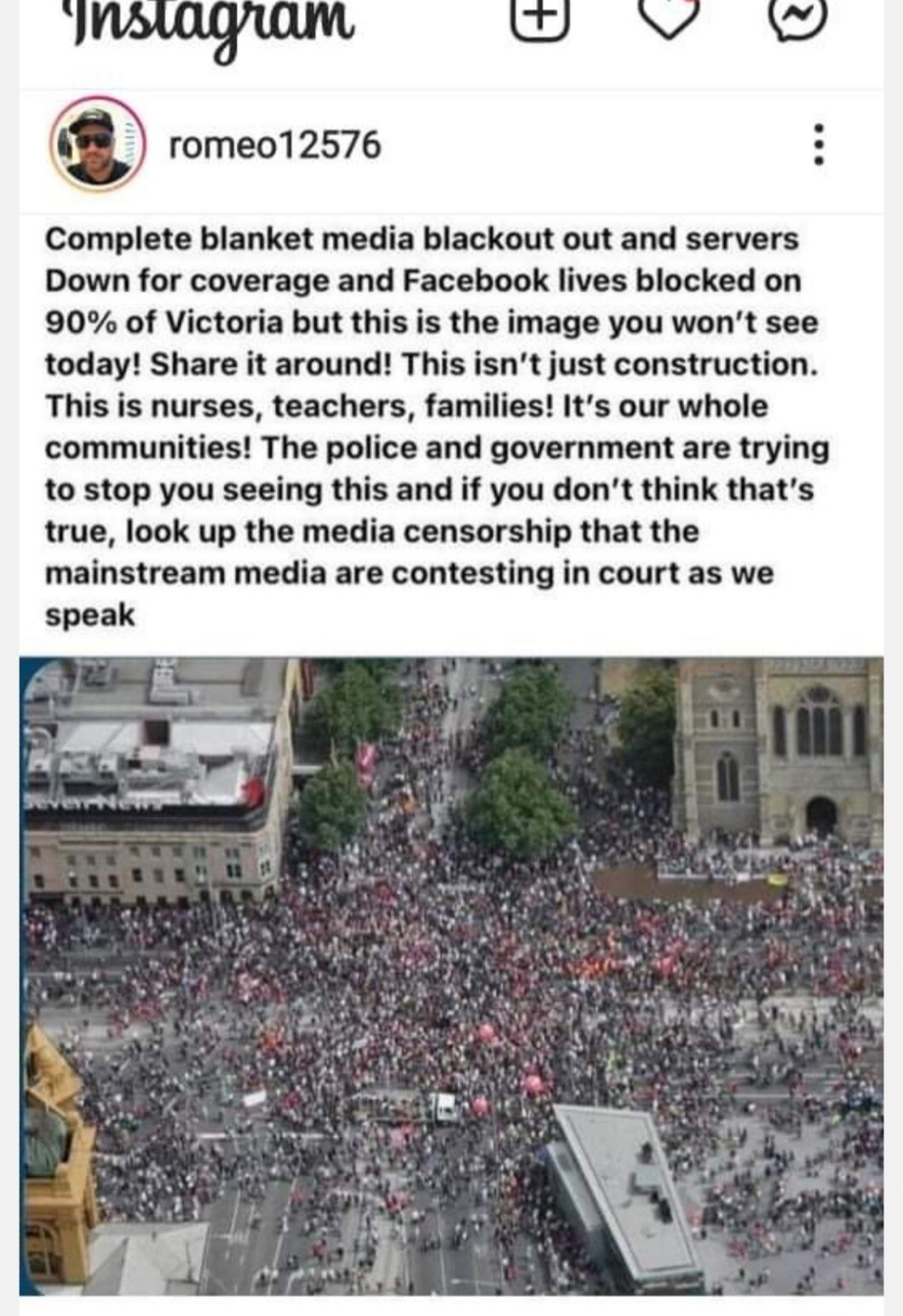 My advice is based on caution. If one stands up too early, one will be trodden. It is generally a good thing to stay away from crowds. There will crowds on these days.

But there is a point where the rulership passes from one generation to another, one ruler to another. A Godly man rejoices when there is a clear succession, and leaders who care for the people. But the rulers of this day are akin to Herod, the tyrant, who demanded instead that people treated him as God.

1 These are the words that Moses spoke to all Israel beyond the Jordan in the wilderness, in the Arabah opposite Suph, between Paran and Tophel, Laban, Hazeroth, and Dizahab. 2 It is eleven days’ journey from Horeb by the way of Mount Seir to Kadesh-barnea. 3 In the fortieth year, on the first day of the eleventh month, Moses spoke to the people of Israel according to all that the Lord had given him in commandment to them, 4 after he had defeated Sihon the king of the Amorites, who lived in Heshbon, and Og the king of Bashan, who lived in Ashtaroth and in Edrei. 5 Beyond the Jordan, in the land of Moab, Moses undertook to explain this law, saying, 6 “The Lord our God said to us in Horeb, ‘You have stayed long enough at this mountain. 7 Turn and take your journey, and go to the hill country of the Amorites and to all their neighbours in the Arabah, in the hill country and in the lowland and in the Negeb and by the sea coast, the land of the Canaanites, and Lebanon, as far as the great river, the river Euphrates. 8 See, I have set the land before you. Go in and take possession of the land that the Lord swore to your fathers, to Abraham, to Isaac, and to Jacob, to give to them and to their offspring after them.’

9 “At that time I said to you, ‘I am not able to bear you by myself. 10 The Lord your God has multiplied you, and behold, you are today as numerous as the stars of heaven. 11 May the Lord, the God of your fathers, make you a thousand times as many as you are and bless you, as he has promised you! 12 How can I bear by myself the weight and burden of you and your strife? 13 Choose for your tribes wise, understanding, and experienced men, and I will appoint them as your heads.’ 14 And you answered me, ‘The thing that you have spoken is good for us to do.’ 15 So I took the heads of your tribes, wise and experienced men, and set them as heads over you, commanders of thousands, commanders of hundreds, commanders of fifties, commanders of tens, and officers, throughout your tribes. 16 And I charged your judges at that time, ‘Hear the cases between your brothers, and judge righteously between a man and his brother or the alien who is with him. 17 You shall not be partial in judgement. You shall hear the small and the great alike. You shall not be intimidated by anyone, for the judgement is God’s. And the case that is too hard for you, you shall bring to me, and I will hear it.’ 18 And I commanded you at that time all the things that you should do.

20 Now Herod was angry with the people of Tyre and Sidon, and they came to him with one accord, and having persuaded Blastus, the king’s chamberlain, they asked for peace, because their country depended on the king’s country for food. 21 On an appointed day Herod put on his royal robes, took his seat upon the throne, and delivered an oration to them. 22 And the people were shouting, “The voice of a god, and not of a man!” 23 Immediately an angel of the Lord struck him down, because he did not give God the glory, and he was eaten by worms and breathed his last.

24 But the word of God increased and multiplied.

25 And Barnabas and Saul returned from Jerusalem when they had completed their service, bringing with them John, whose other name was Mark.

The question at this time, and in these passages, is not what the people will do, but what the rulers will do. Most of us are not rulers, and this blogger has seen too many people from the capital. He lives as far away from the capital — across the strait, and below the 45th parallel — for that reason. Power is a drug, a temptation, and it corrupts.

The best leaders are those who do not want to be there.

We have raised a political system that rewards lies, that would tolerate a stammerer such as Moses, but instead loves the glib communication skills of a Herod. God considers the meekness of Moses and the pride of Herod, and chooses, over and over, a Moses.

I am not sure if Tamaki is the leader we want. But he has organized this process. You go to battle, and this is a spiritual battle more than a political battle, with the leaders you have.

I pray that Jacinda, our current bloody leader, knows her Belloc, and chooses to let the people go.

When we find them where they stand,
A mile of men on either hand,
I mean to charge from right away
And force the flanks of their array,
And press them inward from the plains,
And drive them clamouring down the lanes,
And gallop and harry and have them down,
And carry the gates and hold the town.
Then shall I rest me from my ride
With my great anger satisfied.

Only, before I eat and drink,
When I have killed them all, I think
That I will batter their carven names,
And slit the pictures in their frames,
And burn for scent their cedar door,
And melt the gold their women wore,
And hack their horses at the knees,
And hew to death their timber trees,
And plough their gardens deep and through—
And all these things I mean to do
For fear perhaps my little son
Should break his hands, as I have done.

Stay away from crowds when you can. But above all, do not be like our leaders. Their end is coming, or the end of all faith. I for one, would not bet against the very God who destroyed that tyrant Herod.