I noted yesterday that there are coalitions being formed in NZ to protest our lockdowns. There are many people who don’t like the fact it is being coordinated by Maori Pentecostalist megachurch pastors. But you go with the men of God that you have. So excuse me: it’s Saturday, we are in the hills where there has been lightning and thunder since about 4 am. The situation in Melbourne is escalating.

What this means here in Melbourne is that nothing is going to stop the escalation of police violence. Eventually someone is going to die at their hands. When they do, if the Lying Press are allowed to cover the story they will blame the victim and run stories about social media opinion being divided on the matter.

If they kill an Anglo they will probably get away with it, but given the “diverse” demographic both of Melbourne and the pro-Freedom crowds it is highly likely they will kill someone from a background which possesses a lower average IQ, lower average impulse control, and absolutely zero socially engineered historical guilt.

If they do, all bets are off.

Another set of factors is worth considering. Both sides are adjusting their tactics to changing circumstances. In response to police disruption of communications and infiltration of Freedom Rally groups, protesters are learning the art of deception. Police are skilfully employing Hannibal-tier tactics while protesters are learning that if they advance as one they can break police lines. The Battle of the Shrine demonstrates that both sides understand the importance of symbology, while the occupation of the West Gate Bridge shows the Freedom movement’s first inkling of the importance of seizing vital infrastructure.

To spell it out, we are already seeing the use of military tactics on both sides. The same can be said of overall strategy, with both sides setting in for a war of attrition while attempting to win over the hearts and minds of the population.

Melbourne is already at war, just without real bullets.

Adam’s meditation on the earthquake in Melbourne is worth reading. I tend to forget this. I live in a nation where earthquakes under 5 are ignored, and we build homes for 8 on the Richter scale. Australia does not get earthquakes, and they are seen, correctly, as signs of crisis.

The message is that God is with the people of Melbourne, but only if they listen. They should not trust in their physical abilities to defeat the police of the state which persecute them. Rather, they should first trust in God. And it is that faith which will help them to convert to their side their persecutors.

In an interesting move, yesterday the leaders of the Victoria Police announced that within two weeks all police offices must be vaccinated themselves. Such a mandate seems insane to be ordered at this particular moment as it will only help to drive police onto the side of the people. But God uses the vessels that He has at His disposal.

The good citizens of Melbourne should not despair. Rather, they should know that they are at the epicenter of a spiritual earthquake. Depending on where each individual stands, this is either a great good fortune or a terrible turn of events. It is also a blessed opportunity to realign one’s principles, a helping push as it were.

The protests have continued today. But where are the men of God? Where are the priests, marching at the very front of the people, in the vanguard. They are nowhere to be seen of any denomination. Great spiritual forces are at play but all priests cower in fear. Is there one Godly priest in Melbourne? Is there one courageous man of God who will lead the way, cross held high in his hands?

Now is their time.

Well, it is. We need to state that the current socialist state is evil. From root to fruit. We should not support it. Didact makes Adam look polite — as only Indian Pomgolians can. It is time to remove support or allegience to evil. The crisis is happening, right now. 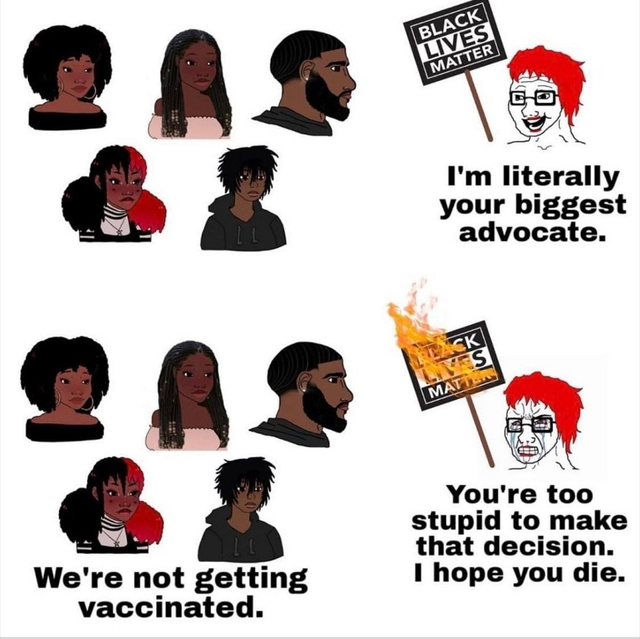 What we are actually facing is unquestionably judgement. We have ignored God’s word and warning for far too long. Our defiance always came with a severe and terrible price, and so it is proving now.

To understand what is going on, I recommend going back to the very chapter that I read from in last Sunday’s podcast – Romans 1. Read through Romans 1 from verse 18 onward, and you will understand exactly what is happening and why.

“Derangement” needs to be understood in its proper meaning and context. In both mathematical and linguistic terms, it means to disturb the functioning or placement of an order such that the original order can no longer work. And that, my friends, is precisely what we have today – a deranged society.

Such a society cannot possibly function without someone or something coming along to straighten it out, hard and fast. And that is going to happen very soon. It is already happening. We just don’t quite see it yet.

As I keep saying, to the point where I know that you’re all sick of me saying it – this is not going to end well.

What are we to do in the face of these continued and terrible disasters? Simple – not easy, but simple. Stick to the Word. Stay free of sin – inasmuch as we can. Beg forgiveness and repent when we do sin. Speak the truth, and do not fear the consequences of doing so – which is VERY, VERY DIFFICULT TO DO. (Trust me, I know.)

Most importantly – when called upon to act righteously, ACT. Do not hesitate. The Big Fella Upstairs is patient and forgiving in ways that defy human understanding, but when He issues an order to His soldiers here on Earth, He is NOT interested in dithering or pushback. Shut the F**K up and ACT.

I know this is a long introduction to the lectionary, because the lectionary today is about the law. The law of God is explicit, graven in our hearts, for we know right from wrong. It has not ended or be subsumed. By that Law we are accountable.

Christ came to bring mercy. For by the law we will be condemned.

9 Then Moses and the Levitical priests said to all Israel, “Keep silence and hear, O Israel: this day you have become the people of the Lord your God. 10 You shall therefore obey the voice of the Lord your God, keeping his commandments and his statutes, which I command you today.”

13 “You are the salt of the earth, but if salt has lost its taste, how shall its saltiness be restored? It is no longer good for anything except to be thrown out and trampled under people’s feet.

14 “You are the light of the world. A city set on a hill cannot be hidden. 15 Nor do people light a lamp and put it under a basket, but on a stand, and it gives light to all in the house. 16 In the same way, let your light shine before others, so that they may see your good works and give glory to your Father who is in heaven.

17 “Do not think that I have come to abolish the Law or the Prophets; I have not come to abolish them but to fulfil them. 18 For truly, I say to you, until heaven and earth pass away, not an iota, not a dot, will pass from the Law until all is accomplished. 19 Therefore whoever relaxes one of the least of these commandments and teaches others to do the same will be called least in the kingdom of heaven, but whoever does them and teaches them will be called great in the kingdom of heaven. 20 For I tell you, unless your righteousness exceeds that of the scribes and Pharisees, you will never enter the kingdom of heaven.

This world considers that the Pharisees and Scribes are damned because they offend them. They preached the law, and that was against everything they stand for. The world judges by fine gradations of inter-sectional ideology. This has nothing to do with love, or mercy, or health, or prosperity. It is about hatred and power.

This world forgets that the Sermon on the Mount showed us that we all stand wanting before God.

But this world has an ideology that will fail. Kea asked me when the next election is here — it’s due by November 2023. She thinks that the government will fall well before then. Because they have, as Didact notes, made things so deranged that we can’t even get supplies for industry in.

The crisis we are in is driving people to ask for prayer. This is perhaps its one advantage. We have seen the nature of those who are called great and good. They are not caring for us. They instead micromanage us.

And we request from the Almighty that he shows mercy, and helps us not to be like them.