Played by the government

Adam and I are children of the Commonwealth. Adam’s Catholic: I’m reformed. What both of us believe is that the civil magistrate or king needs to follow the laws of God, and kneel with all before the altar, confessing their sins, and seeking Christ. For Christ is the King of Kings, Christ is the truth.

And on a day when the government is talking about mandating vaccines, regardless of the NZ Bill of Rights, and people are having their heads smashed in by police in Melbourne, we are finding out, hard and fast, that the rights we get we pay for. In blood. 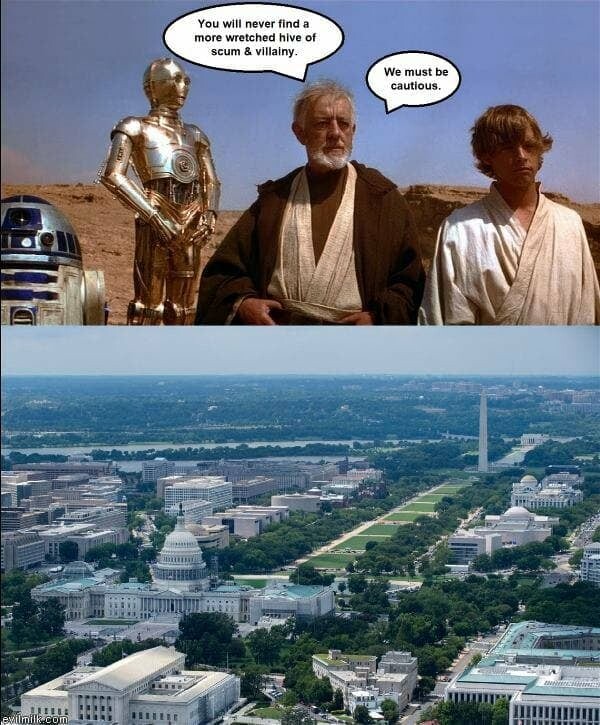 Bullshit. American was broken from the start. Just take their much lauded constitution. The part I like the best is the line that goes something like, the freedom to pursue happiness. To be fair, not just Americans but a lot of people around the world think that that line is on par with anything written in the Bible. Which is ironic.

Because the idea of being free to pursue your own definition of happiness is literally demonic.

Who defines this happiness? I assume it is up to each individual, at least based on how the US constitution is worded. There is nothing attached to the idea of pursuing happiness as regards to moral limitations. Religion is not even in the picture as far as this happiness thing is concerned.

I bet trafficking underage children to sexual perverts gave Jeffery Epstein some degree of happiness. Just to name one single example over the last couple of hundred years. But even though I could choose from so many examples, let’s just stick with him to make the point. If trafficking children made Epstein happy then that’s A-Okay under the US constitution. He should be free to pursue his own version of happiness. After all, it’s left up to each and every individual to define what makes them happy, what gives them happiness.

Once again, it’s demonic. It’s something that a Satanist would come up with. Oh yeah, that’s right; your beloved George Washington was a high level Freemason. Which made him a high level Satanist. How many more of your founding fathers were Freemasons? Quite a number. And they sure did a number on you.

It took a bit of time but finally the evil energy of that document was fully released in the sixties. Do whatever makes you feel good, man. The lid came off the box. Your land of the free is the land of those who want no limits on their actions. Pursue your happiness. Well, talk about living in the material world. Forget about all that spiritual stuff, as long as it makes you happy, bro.

At its essence it is nihilism. Even worse is its chronic level of self-deception and self-delusion. There is no freedom involved in the pursuit of happiness because the foundation of such an undertaking is bound up in the follies of the world. You can never arrive, there is no end goal so to speak. Your pursuit will be endless and on the way you will lose your soul. Perhaps gradually but then all at once.

America has to die because it was founded on a lie. And an evil one at that.

Heinlen, of all people knew this, as he had the Cabal modeled on the Masons. But Heinlen lost it at the end, as no editor would remove his advocacy of the sexual transgressions of Lazarus Long. 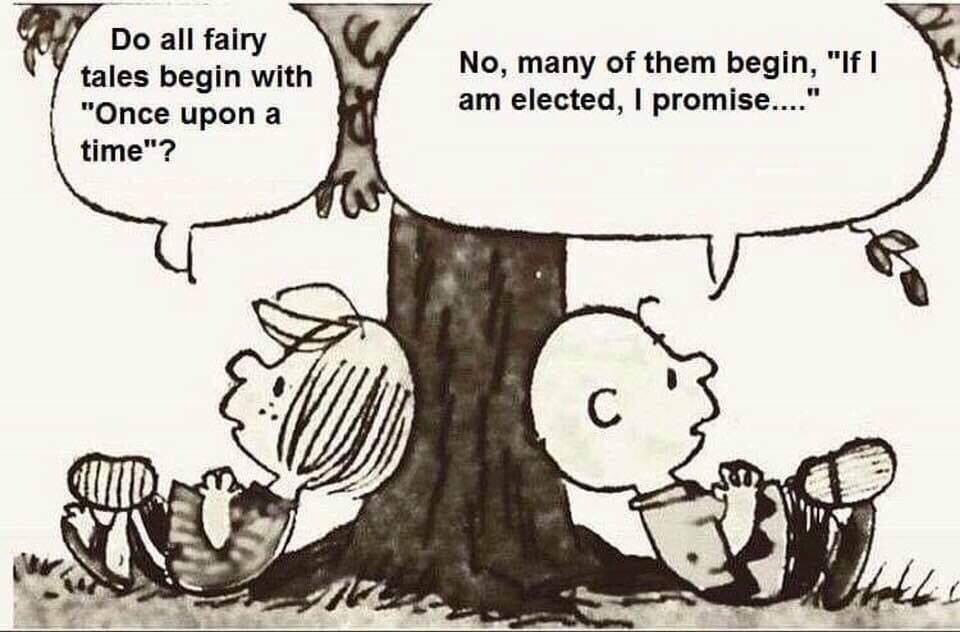 Didact understands more about finance than I do. I know that people are exploring alternative means of payment locally because we are aware that the government has just loaned itself basically as much money as we have ever owed anyone. But it’s more fragile than we think.

Now, see that massive spike in rates in mid-September? That, right there, is SCARY shit. Repo rates shot up to above 6% for the first time in history. It essentially tells us that the biggest banks in the USA were rapidly losing confidence in each other’s ability to repay their obligations – on OVERNIGHT SECURED LOANS OF HIGH-QUALITY SECURITIES.

That is a very scary situation if you are the Chief Risk Officer of a big bank. It is an even scarier one for the CEO of that same bank. And it is downright pants-wetting for a central banker. It means that the most important counterparties in the entire financial system, the ones who are most vital to the rapid and seamless flow of funds between companies and customers, don’t trust each other. They aren’t sure of each other’s credit quality and balance sheet strength.

By the way, it is rather difficult to look back in time to 2008 to find a similar phenomenon in the same markets. We don’t have data for the Secured Overnight Funding Rate (SOFR) index, or for the Tri-Party General Collateral Rate (TGCR) index going back that far – the time series only go back to about April 2018.

But we did see similar stress fractures appearing in the housing markets amid soaring delinquency rates among the least creditworthy borrowers. And at the time, that caused a select few people who know something about those markets to jump up and down and start screaming bloody murder, because they could see that things were going horribly wrong very fast.

Now we are seeing a similar signal emerging among the biggest banks, lending to each other – not merely to jobless Mexican illegals, but to other big banks.

Think about that for a moment, and think upon its implications. That is a very, very frightening situation.

And, note, I haven’t even begun to talk about what will happen to the repo market now that rates have been pushed so far down below historical norms. If you encourage huge amounts of borrowing with artificially low rates – even if those loans are collateralised with high-quality securities – then you have effectively lit the fuse on a GIGATON-LEVEL financial bomb. That is what we are looking at right now.

Let’s be clear about this: there is ABSOLUTELY NO WAY to solve the problem of international sovereign debt default. It is inevitable. The cold, cruel mathematics of compound interest make it completely inevitable.

Virtually every Western government of any consequence is bankrupt. Their future liabilities far outstrip their current and future asset base. There is no way out of this trap, except for inflating away the value of those liabilities.

But here we have a problem that is as old as money itself. If you print money like there is no tomorrow, simply because THERE IS NO TOMORROW, then pretty quickly you will find inflation hitting the economy hard on every front. Inflation is, always and everywhere, a monetary phenomenon. It comes from too much money chasing too few goods. That is the end of the story and no attempt by the over-credentialed charlatans who call themselves “economists” will change this fact.

If, however, you freeze the production of goods and services while pumping huge amounts of money directly into the least solvent sectors of the economy, then you might be able to avert both catastrophic debt-default and even more catastrophic inflation. You can do so by breaking the transmission mechanism of money into the broader economy.

That is precisely what happens during a lockdown, of course.

Talking to one of my sons about this — before I read Didact, but this lad is brighter than I am — and he said that we talked about this happening five years ago and it’s now coming true. I hate being right.

As part of what I do, I have been above the parapet for a couple of days, discussing how we should support each other and be human. In the end, your compliance to the regulations (which are increasingly incoherent) won’t matter. But how you helped those around you will. This led to a fair amount of hatey comments. If you can, avoid the press: I can’t it’s part of my job.

But I don’t see it. Those who do get corrupted.

One of the risks for academics in times such as this is that they can become cannon fodder for the propaganda machine. It is best to stick to the research, not the official guidelines. And it is better to avoid as much as possible the press.

The commentary we have heard from the likes of Michael Baker and Shaun Hendy has changed. Baker on this station last Friday was saying it was too soon to drop levels. He was right in terms of what he has said for the past year and a half. He’s been consistent.

We have anywhere between 15 and 30 news cases a day. We have mystery cases most days. This is a man whose reputation has been built on conservatism. This is a bloke who loves a longer lockdown than anyone wants. And yet by Friday night, over the weekend, and into this week there’s seems an acceptance of what the Government did. A risk, yes, but an acceptance.

But it has gone. The science, let’s be honest, is out the window.

For a government that followed the science until their polling told them buy in from us was gone and the lockdown was politically and economically catastrophic to carry on. So, the science was shelved and political reality was implemented.

Where is the science? The voice of science telling us what a catastrophic mistake that has been made? The science is silent. Why?

Siouxsie Wiles played her part in the destruction of credibility.

To be fair, they are more than useful. But the simple truth is, they were used and ultimately played by the Government.

Do not be deceived. this time will end. Do not be aligned with those who are hanging on, desperately, to power, knowing full well the structure is broken.

We can turn, help each other, and build better.