I’m reformed and therefore don’t really care for saint’s days. Does not mean we cannot learn from them. Newman was a vigorous Christian who became a convert to the Catholic branch, then priest, then Cardinal. A fair number of Englishmen in the Victorian period did this. The reason was that the naturalism and logical positivism of Victorian England was leading the clerics among the Anglicans and Presbyterians — the established churches in England and Scotland, respectively — to become naturalistic, liberal and subjective. He was clearly against this. I live in a city founded by the Free Presbyterians who had left their established livings to form a new city, faithful, reformed, for God. 100 years later and the Presbyterian, Anglican and Catholic church heirarchies have all rotted.

Which is why I’m quoting some traditional Catholics. They do not forget what the generations of old did. The new denominations that still preach the gospel, ore recently established and forget history. Something we do at our peril.

Newman’s prescience in what would happen more than one hundred years after giving this speech is both astounding and sobering. For we live in a time when Christian dogma, that is, things to be believed, is under serious attack. The “world’ of the West, which had been for a good part of two millenia in a real sense Christian, has been replaced quite rapidly in the past fifty years by a radically individualistic ethos that makes faith as Christianity has understood it as the enemy to be fought. For in the brave new world in which we live the “I” must always triumph over the “we”. The very idea of a common belief—and this extends beyond religious belief—and the acceptance of that common belief and subordinating oneself to living one’s life according to that belief: this is not the majority view of things in the world in which we live, the Western world. For indeed religion, and specifically Christianity, today must be ignored “in the intercourse of man with man”.

What would Newman think of Pope Francis? He would recognize him with great sadness. Not because the Pope is a bad man, for he seems to genuinely care for the forgotten and the downtrodden of this world. The Pope would make Newman sad, because he is the religious leader of the West who has become an active protagonist in the collapse of Christianity in the West. Francis was in many ways the inevitable Pope after the 1960s. One can understand the secularism of much of the West as the result of the collapse of the Christian faith as the inner force driving the culture and conscience of the West. But this Pope is also what Newman did not dare to fear: the Rock of Peter that has forgotten that the Rock is not Peter but Jesus Christ. His now famous rambling conversations with reporters on airplanes that were spiced by phrases like “who am I to judge?” that for a while endeared him to the liberal secular press have grown stale and boring to a world that has already written him off. Francis is a product of the Spirit of Vatican II, which has less to do with that Council than the drive to secularize and modernize (like the living room of the Brady Bunch) the Catholic Church.

Judgement? If you want hellfire sermons, then today’s passage is for you. It is from the gospels, and it includes some interesting symbolism. Purple was a colour for nobility alone. You had to be in the knightly class (at least) to wear a stripe. Feasting was for the very rich only. Everyone else ate plainly. The rich ignoring the poor or oppressing them is unjust and ungodly and as common today as it was in the days of the Romans.

The parallel with galas and great events having the guests unmasked and eating carefully prepared morsels (not too many, have to wear the designer duds) while the servants, photographers and audience must be masked. People are calling Washington DC Panem because it is disconnected from the mass of people who contribute.

And the regulations for the poor do not apply to the modern rich.

19 “There was a rich man who was clothed in purple and fine linen and who feasted sumptuously every day. 20 And at his gate was laid a poor man named Lazarus, covered with sores, 21 who desired to be fed with what fell from the rich man’s table. Moreover, even the dogs came and licked his sores. 22 The poor man died and was carried by the angels to Abraham’s side. The rich man also died and was buried, 23 and in Hades, being in torment, he lifted up his eyes and saw Abraham far off and Lazarus at his side. 24 And he called out, ‘Father Abraham, have mercy on me, and send Lazarus to dip the end of his finger in water and cool my tongue, for I am in anguish in this flame.’ 25 But Abraham said, ‘Child, remember that you in your lifetime received your good things, and Lazarus in like manner bad things; but now he is comforted here, and you are in anguish. 26 And besides all this, between us and you a great chasm has been fixed, in order that those who would pass from here to you may not do so, and none may cross from there to us.’ 27 And he said, ‘Then I beg you, father, to send him to my father’s house— 28 for I have five brothers—so that he may warn them, lest they also come into this place of torment.’ 29 But Abraham said, ‘They have Moses and the Prophets; let them hear them.’ 30 And he said, ‘No, father Abraham, but if someone goes to them from the dead, they will repent.’ 31 He said to him, ‘If they do not hear Moses and the Prophets, neither will they be convinced if someone should rise from the dead.’”

We have a greater revelation than Moses and the Prophets. We have Christ. But we need to listen to him. There are some applications here. The first is that living richly is distracting. The temptation for many is not poverty: I’ve had no money and I’ve had money. I know that being antifragile is better, but I’m not sure if by technocratic caste can do that. With richness — enough to eat — comes distraction. You need to whenever remain simple in your life.

Four months ago, I quit going on Facebook. We were on vacation with no computer. I could have kept checking in on my phone, but I dropped Facebook as a vacation gift to myself. Vacation’s long over. I haven’t gone back on. I don’t plan to, despite my curiosity about the interest groups I have belonged to in past years. I’ve never used Twitter, Snapchat, TikTok, or any other online social media.

I’ve always called myself a selective Luddite. I retain an email account and I bank and pay bills online. I use PayPal. Not all technology is to be shunned, but you must be careful. Skype enables me to talk to my European grandchildren, but gas-powered leaf blowers should never have been invented; they produce far more pollution than a broom.

Then there is mental pollution, and that’s what I avoid – or try to – by shunning most, if not all, online social media platforms. I prefer conversation, and not even on the phone: in person. Face to face. Or actual letters written by hand.

I’m not the first person to discover anew that quiet is better than noise, that genuine relationships are to be preferred to pretend “friendships” online, and that addiction to our phones is a social illness comparable to drugs and alcohol. These are spiritual problems in contemporary American society: the loss of quiet for solitude and meditation, the loss of relationships, and addiction to the media. Go to any restaurant and watch what has happened to interaction, particularly among younger people. Noses buried in phones rather than talk across a table.

But those who repent and believe in Christ shall be saved. Many people will be seduced by the lies of this world. To make it abundantly clear;

Or, to quote Adam:

Also, if you really want to be brave and courageous these days, try standing up and publicly declaring that you’re all for traditional heterosexual marriages, where the wife stays home and looks after as many kids as she can push out. Now that would be brave, both to declare it and to do it. That’s the sort of coming out day that I would like to see. Coming out as a trad wife. You go girl.

Maybe we should make our own days to counteract the myriad of gormless faux days of importance that are endlessly propagated by the radical Marxist left shitstains. We can start with coming out trad day. We should think of a suitable date and then get the ball rolling. Encourage the young womens to wear dresses and ditch their phones. Encourage the young men to dress neatly and hold the doors open for the womens. Encourage the local Marxists to die in a collective grease fire.

Which brings me to the third point. Not about the morality of Leftists dying. Rejecting Christ does that. They will be one with the rich man, not Lazarus.

We need to stand with those who are of faith. That means that the Catholic will need to support the PentecostalBaptist even though he wants a Latin Mass. Or the PenteBaptist defend the orthodox brother. We need to support each other and defend each other. We want to live, as the Book of Common Prayer reminds us, a sober, godly and upright life. But the rulers of this world want us to bow to them.

They don’t care about agreement any more. They are working by raw force.

And when they break the laws of God, they have broken the contract with the people. They are just bastards who have made our wives cry.

I’d rather go to a mass (and the priest should not serve me: I’m reformed remember) than be aligned with this rich, damned, elite, so fearful of death and so aware that their time is limited. 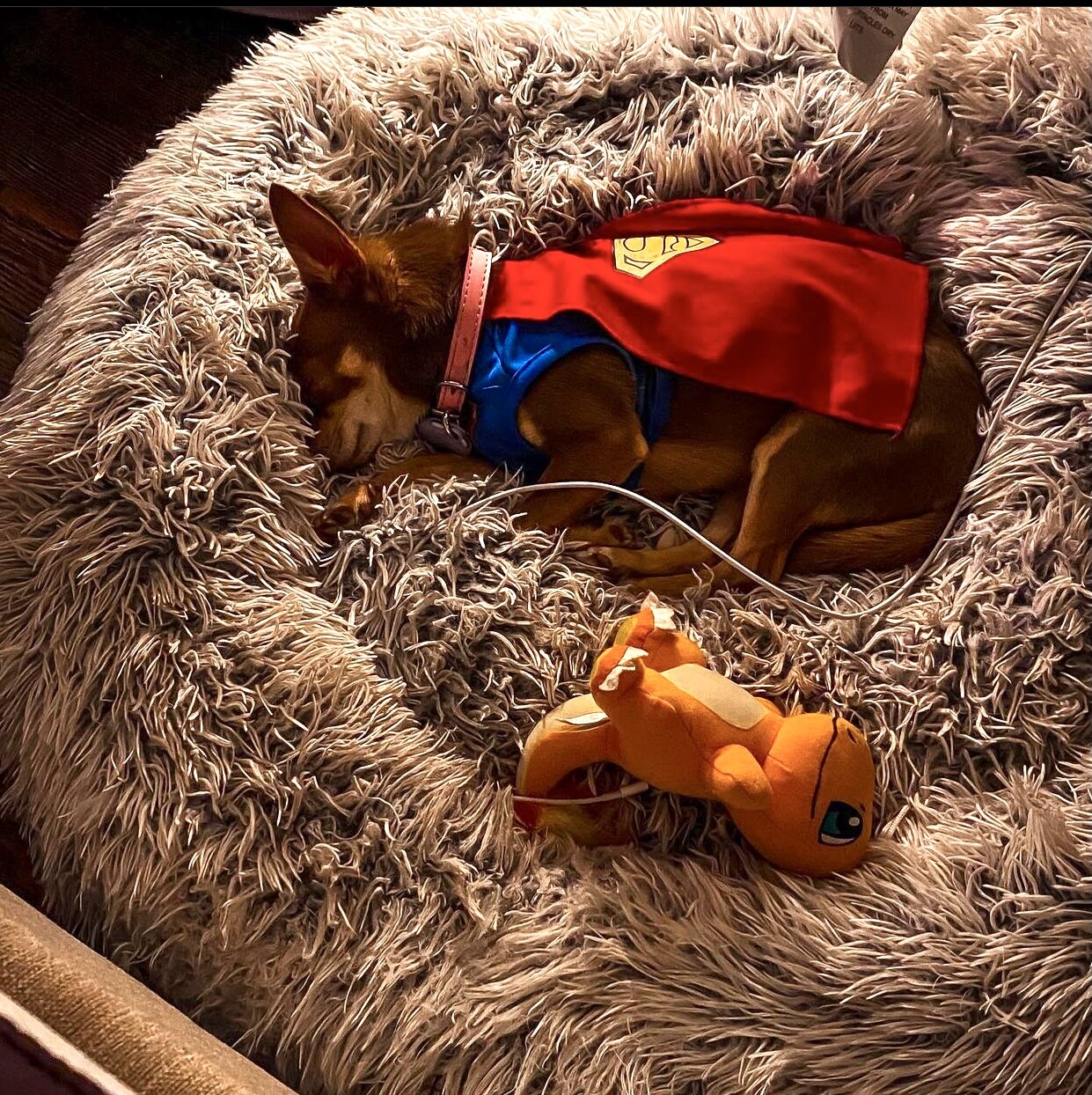