My wife and daughter like their romantic comedies. Not my thing: my idea of a romantic movie has a body count. But since I love them, I have seen my fair share of the 1990s and 2000 comedies. 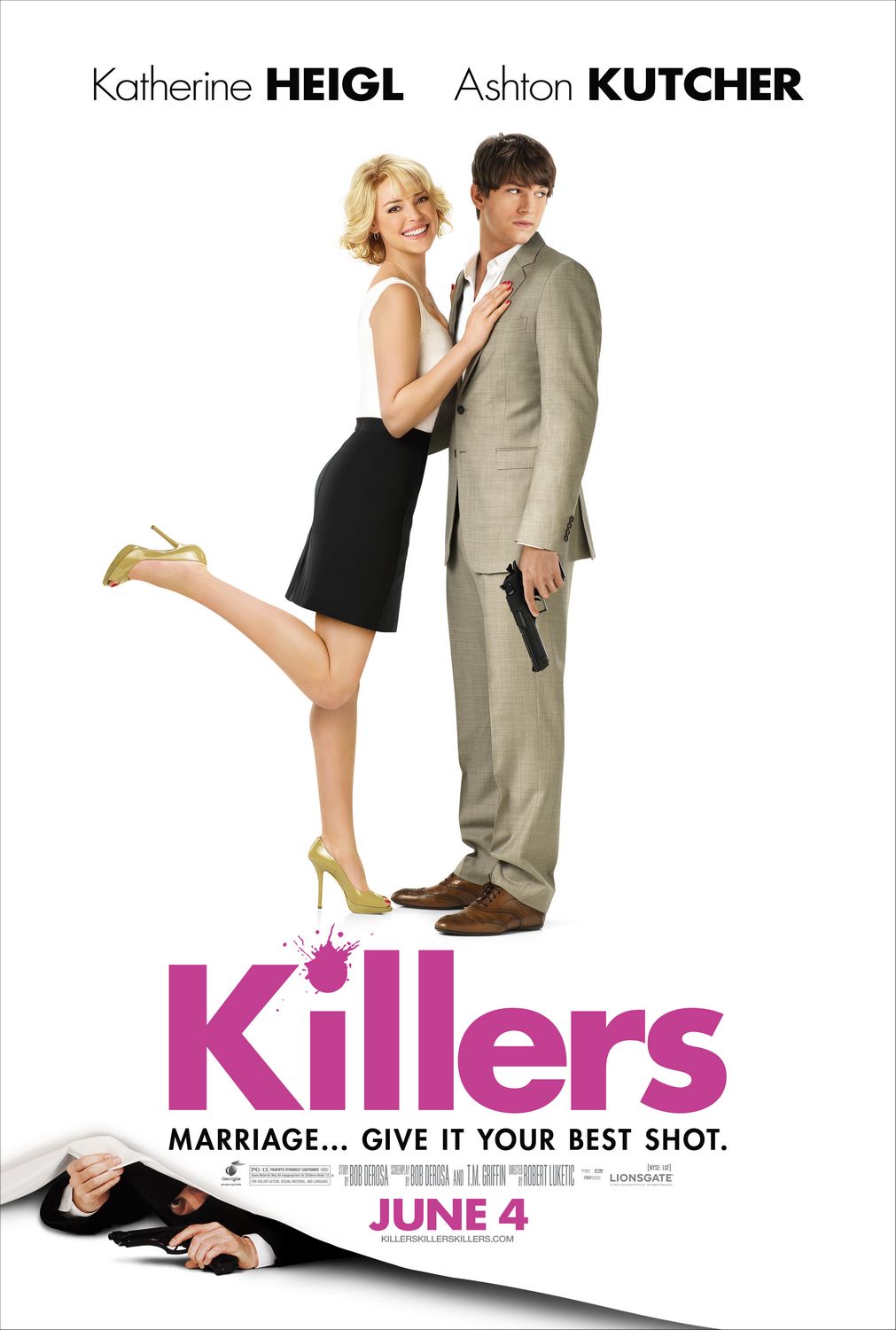 The romantic comedies have an ancient plot. Pretty girl working in obscure job is blown off her feet by a rich man, or powerful man, or (plot Killers) a man who is hiding all of the above. The writers of commercial products know this. The girls know this.

And this is why the dysgenic messages we give to women that they can do everything. They cannot. There are times when you have to concentrate on finding a mate. Vox Day, whose 25th anniversary was a few days ago, wrote clearly here.

Because women are hypergamous, elevating their status in any way tends to reduce the pool of potential husbands they are willing to marry. While a man who is a wealthy CEO with a PhD from an elite university won’t hesitate to marry an uneducated yoga teacher or aerobics instructor if she is pretty enough, even a jobless woman from an inferior public university will tend to turn up her nose at dating a man who dropped out of high school, even if he owns his own software company or chain of repair shops.

That’s one of the reasons why female education is relentlessly pushed by the media and the Hellmouth, as it is a population control measure. It’s also incredibly dysgenic, as it assures that as many as half the population’s most intelligent women never have children.

In fact, mass higher education for women may be the most societally destructive policy besides open immigration. I suspect it is even worse than female suffrage. And what is the point of higher education when it takes academics 12 years to notice what is not only obvious, but mathematically inevitable. 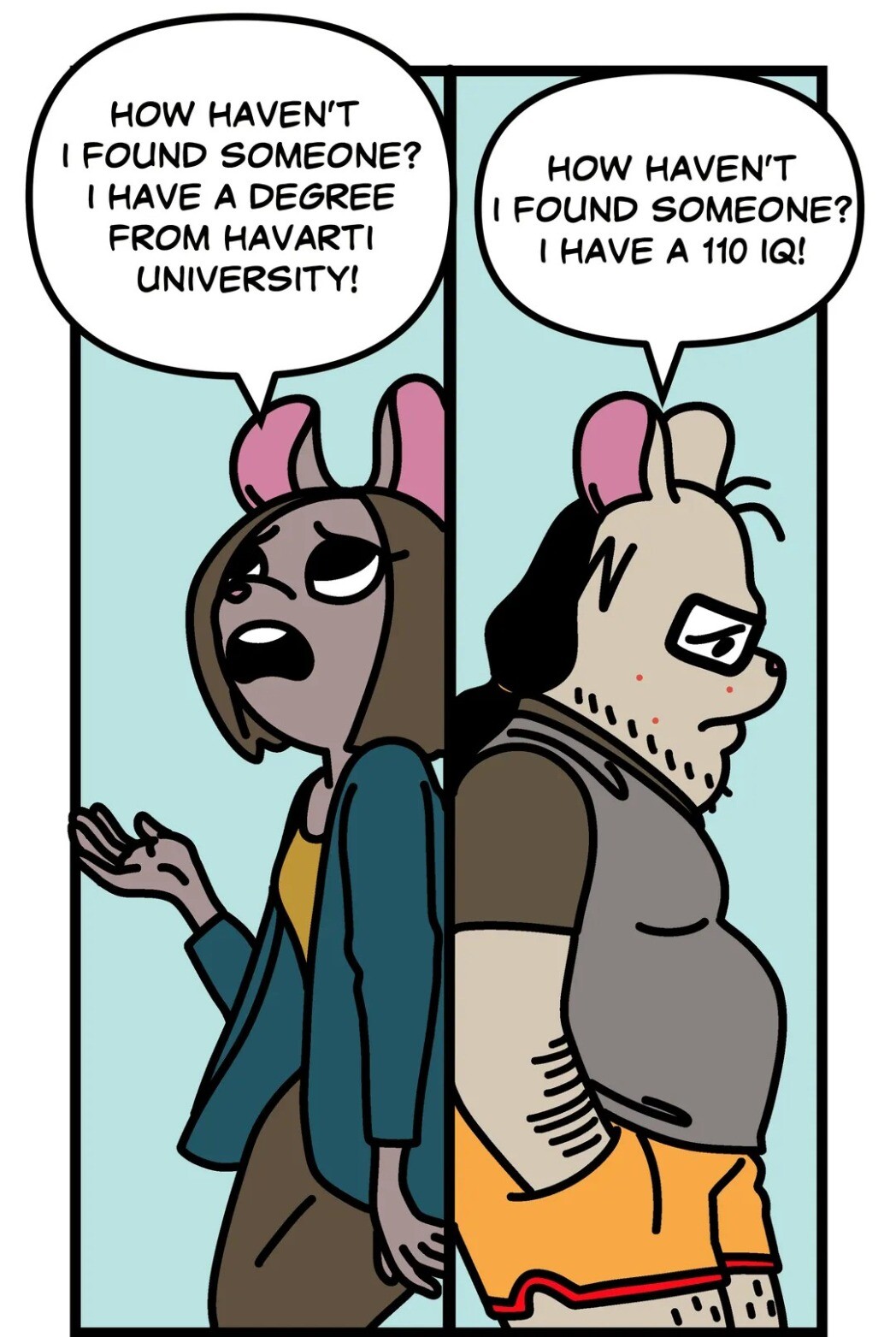 The LORD has a script which we know instinctively. We are designed to, as men, go and find a job, reach the point where we are journeymen in our craft, marry someone who is feminine, godly, and pretty, and raise their family. We are to teach our sons to do the same.

Conversely, we are to teach women to play defence. To be able to run a home, to be charming, to appreciate beauty, and how to love their children and husband. This requires skill and effort — I see this in the work Kea does.

And this is to be for life. We are not to look for another. The temptation to trade in exists for both men and women. It is to be shunned.

We should end the marriages as Abraham did: with the death of his wife.

23 Sarah lived for 127 years; these were the years of the life of Sarah. 2 And Sarah died at Kiriath-arba (that is, Hebron) in the land of Canaan, and Abraham went in to mourn for Sarah and to weep for her. 3 And Abraham rose up from before his dead and said to the Hittites, 4 “I am a sojourner and foreigner among you; give me property among you for a burying place, that I may bury my dead out of my sight.” 5 The Hittites answered Abraham, 6 “Hear us, my lord; you are a prince of God[b] among us. Bury your dead in the choicest of our tombs. None of us will withhold from you his tomb to hinder you from burying your dead.” 7 Abraham rose and bowed to the Hittites, the people of the land. 8 And he said to them, “If you are willing that I should bury my dead out of my sight, hear me and entreat for me Ephron the son of Zohar, 9 that he may give me the cave of Machpelah, which he owns; it is at the end of his field. For the full price let him give it to me in your presence as property for a burying place.”

10 Now Ephron was sitting among the Hittites, and Ephron the Hittite answered Abraham in the hearing of the Hittites, of all who went in at the gate of his city, 11 “No, my lord, hear me: I give you the field, and I give you the cave that is in it. In the sight of the sons of my people I give it to you. Bury your dead.” 12 Then Abraham bowed down before the people of the land. 13 And he said to Ephron in the hearing of the people of the land, “But if you will, hear me: I give the price of the field. Accept it from me, that I may bury my dead there.” 14 Ephron answered Abraham, 15 “My lord, listen to me: a piece of land worth four hundred shekels of silver, what is that between you and me? Bury your dead.” 16 Abraham listened to Ephron, and Abraham weighed out for Ephron the silver that he had named in the hearing of the Hittites, four hundred shekels of silver, according to the weights current among the merchants.

17 So the field of Ephron in Machpelah, which was to the east of Mamre, the field with the cave that was in it and all the trees that were in the field, throughout its whole area, was made over 18 to Abraham as a possession in the presence of the Hittites, before all who went in at the gate of his city. 19 After this, Abraham buried Sarah his wife in the cave of the field of Machpelah east of Mamre (that is, Hebron) in the land of Canaan. 20 The field and the cave that is in it were made over to Abraham as property for a burying place by the Hittites.

14 The Pharisees, who were lovers of money, heard all these things, and they ridiculed him. 15 And he said to them, “You are those who justify yourselves before men, but God knows your hearts. For what is exalted among men is an abomination in the sight of God.

16 “The Law and the Prophets were until John; since then the good news of the kingdom of God is preached, and everyone forces his way into it. 17 But it is easier for heaven and earth to pass away than for one dot of the Law to become void.

I can see half the population repulsed. Christ has said serial divorce is serial adultery. This blogger is remarried: we are not relying on the law but the mercy of God. Neither of us, when we married, wanted to end up as another failed marriage statistic. But that is the risk you take when you marry, in this fallen time.

Sometimes we suffer for our own sins, and sometimes because we live in a sinful culture. Jesus knew that the Pharisees allowed divorce, and using that as an example to them because they were all about signalling their virtue is a rhetorical killshot.

At times Kea and I want to let out the snark at some of our enemies. We are both capable of cutting wit. But if we do that, we will destroy those around us, and the pleasure of schadenfreude lasts about 10 seconds.

If you have a conscience.

1. The pharisaic reformed part of me notes that we were both abandoned by our spouses and reconciliation was not an option, which fits within Paul’s advice — given in a time of gross sexual immorality — to remarry. We both raised our children solo, and remarried late.

2. Yes, the formulation comes from the book of common prayer. I need to pray more, and the structure there helps.

Hmm. So many good points.

I divorced my wife after her drug use made it quite clear that in the long run she would destroy my life as well as hers. Stuck it out (according to friends and family) much longer than should be expected. I have not remarried because a) I am old enough that a family is probably not in the cards and b) haven’t met anyone interesting enough and available. Been a dozen years or so. Is what it is. I would remarry under the circumstances but I suppose if the circumstances were different I would justify remarrying anyway. The real problem was my inability to choose wisely in the first instance. The warning signs were probably there.

But, regarding movies, saw this meme a couple years ago which was pretty good, after which I’ll tell you my point.

“As a relatively successful and busy man who lives in the city, my greatest fear is losing my girlfriend to a hometown hunk with a young son who teaches her the true meaning of Christmas”

Why I like Christmas movies (aka holiday rom-com) is that they (Hallmark versions specifically and some others generally) focus on the idea that the relationships are more important than the high powered career. I find them to be calming against the pressures of the rest of life.