There is a responsibility that comes with kingship. It is that you are to serve the people God has given to you. You may have honour and protection and power, but that derives from the people, who you serve. In Christendom, the King supports the Church. He keeps the boundaries, protects the people, polices the law, and keeps fair courts. This allows the people to live Godly, Sober and Upright lives.

Historians may call those times boring, but the populace remember the King or Queen of that time as good. But when the people and the king abandon God and the laws of God and nature. This does not lead to a Godly people who are left well alone: it leads to a debased population that are herded by jailers: for examples I suggest the New South Wales highway patrol or the Victorian riot squad.

But truly evil rulers herd their people to debasement and degeneration, because they cannot stand anyone who does not agree with their vision for humanity. Which is always a new people, somehow far less human. 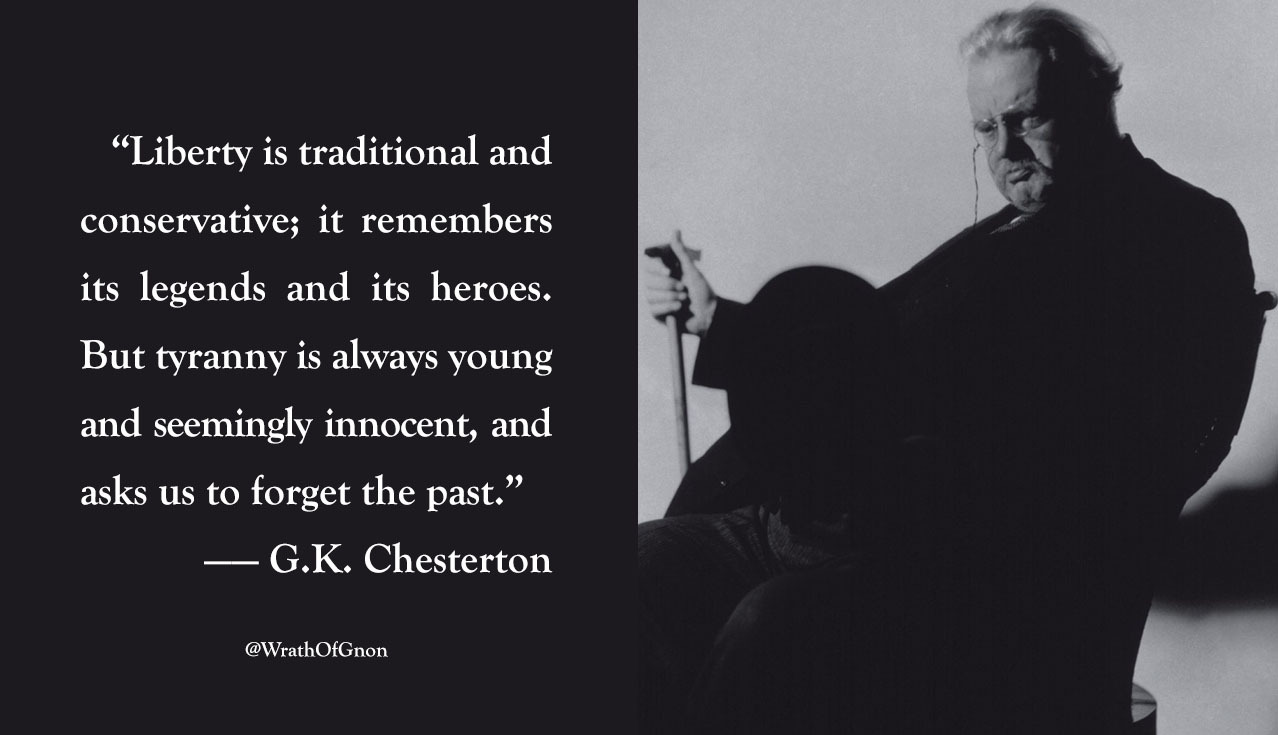 12 And Samuel said to all Israel, “Behold, I have obeyed your voice in all that you have said to me and have made a king over you. 2 And now, behold, the king walks before you, and I am old and gray; and behold, my sons are with you. I have walked before you from my youth until this day. 3 Here I am; testify against me before the Lord and before his anointed. Whose ox have I taken? Or whose donkey have I taken? Or whom have I defrauded? Whom have I oppressed? Or from whose hand have I taken a bribe to blind my eyes with it? Testify against me and I will restore it to you.” 4 They said, “You have not defrauded us or oppressed us or taken anything from any man’s hand.” 5 And he said to them, “The Lord is witness against you, and his anointed is witness this day, that you have not found anything in my hand.” And they said, “He is witness.”

6 And Samuel said to the people, “The Lord is witness, who appointed Moses and Aaron and brought your fathers up out of the land of Egypt. 7 Now therefore stand still that I may plead with you before the Lord concerning all the righteous deeds of the Lord that he performed for you and for your fathers. 8 When Jacob went into Egypt, and the Egyptians oppressed them, then your fathers cried out to the Lord and the Lord sent Moses and Aaron, who brought your fathers out of Egypt and made them dwell in this place. 9 But they forgot the Lord their God. And he sold them into the hand of Sisera, commander of the army of Hazor, and into the hand of the Philistines, and into the hand of the king of Moab. And they fought against them. 10 And they cried out to the Lord and said, ‘We have sinned, because we have forsaken the Lord and have served the Baals and the Ashtaroth. But now deliver us out of the hand of our enemies, that we may serve you.’ 11 And the Lord sent Jerubbaal and Barak and Jephthah and Samuel and delivered you out of the hand of your enemies on every side, and you lived in safety. 12 And when you saw that Nahash the king of the Ammonites came against you, you said to me, ‘No, but a king shall reign over us,’ when the Lord your God was your king. 13 And now behold the king whom you have chosen, for whom you have asked; behold, the Lord has set a king over you. 14 If you will fear the Lord and serve him and obey his voice and not rebel against the commandment of the Lord, and if both you and the king who reigns over you will follow the Lord your God, it will be well. 15 But if you will not obey the voice of the Lord, but rebel against the commandment of the Lord, then the hand of the Lord will be against you and your king. 16 Now therefore stand still and see this great thing that the Lord will do before your eyes. 17 Is it not wheat harvest today? I will call upon the Lord, that he may send thunder and rain. And you shall know and see that your wickedness is great, which you have done in the sight of the Lord, in asking for yourselves a king.” 18 So Samuel called upon the Lord, and the Lord sent thunder and rain that day, and all the people greatly feared the Lord and Samuel.

19 And all the people said to Samuel, “Pray for your servants to the Lord your God, that we may not die, for we have added to all our sins this evil, to ask for ourselves a king.” 20 And Samuel said to the people, “Do not be afraid; you have done all this evil. Yet do not turn aside from following the Lord, but serve the Lord with all your heart. 21 And do not turn aside after empty things that cannot profit or deliver, for they are empty. 22 For the Lord will not forsake his people, for his great name’s sake, because it has pleased the Lord to make you a people for himself. 23 Moreover, as for me, far be it from me that I should sin against the Lord by ceasing to pray for you, and I will instruct you in the good and the right way. 24 Only fear the Lord and serve him faithfully with all your heart. For consider what great things he has done for you. 25 But if you still do wickedly, you shall be swept away, both you and your king.”

13 Now before the Feast of the Passover, when Jesus knew that his hour had come to depart out of this world to the Father, having loved his own who were in the world, he loved them to the end. 2 During supper, when the devil had already put it into the heart of Judas Iscariot, Simon’s son, to betray him, 3 Jesus, knowing that the Father had given all things into his hands, and that he had come from God and was going back to God, 4 rose from supper. He laid aside his outer garments, and taking a towel, tied it around his waist. 5 Then he poured water into a basin and began to wash the disciples’ feet and to wipe them with the towel that was wrapped around him. 6 He came to Simon Peter, who said to him, “Lord, do you wash my feet?” 7 Jesus answered him, “What I am doing you do not understand now, but afterward you will understand.” 8 Peter said to him, “You shall never wash my feet.” Jesus answered him, “If I do not wash you, you have no share with me.” 9 Simon Peter said to him, “Lord, not my feet only but also my hands and my head!” 10 Jesus said to him, “The one who has bathed does not need to wash, except for his feet, but is completely clean. And you are clean, but not every one of you.” 11 For he knew who was to betray him; that was why he said, “Not all of you are clean.”

12 When he had washed their feet and put on his outer garments and resumed his place, he said to them, “Do you understand what I have done to you? 13 You call me Teacher and Lord, and you are right, for so I am. 14 If I then, your Lord and Teacher, have washed your feet, you also ought to wash one another’s feet. 15 For I have given you an example, that you also should do just as I have done to you. 16 Truly, truly, I say to you, a servant is not greater than his master, nor is a messenger greater than the one who sent him. 17 If you know these things, blessed are you if you do them. 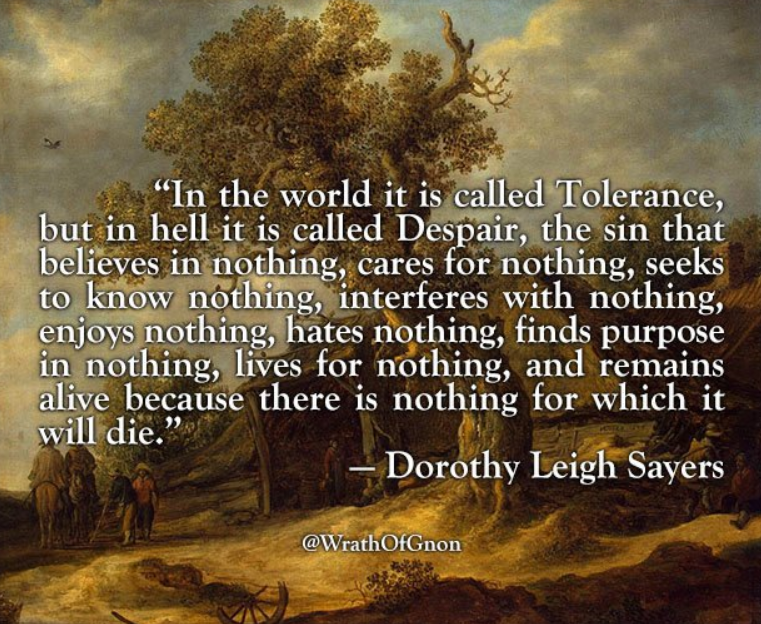 One of the things that we are seeing is rulers who do not follow Christ. They do not consider their titles. The King is the servant of all, and the royal house has a staff, the leader of whom is the Prime Minister or prime servant. In the Reformed Tradition, the teaching elder is called the minister of the Church, for he is their servant. Christ took the role of the slave to teach that no person given power has it for themselves. They have it to give away. for others, and not for themselves.

Here the test of Samuel is acute. He had not been enriched by any man. A corrupt leader grows rich by selling influence, exemptions from regulations, and at times raw theft. A true leader does not.

And if we do not repent we will be swept away. We need to realize our guilt, have godly sorrow and repent. Know this: God does not want us damned. He became incarnate, died on a cross, to carry our sin, so we do not have that fate, but are saved indeed by the mercy of God.

This is a historic time, and it will be talked of in the future as a warning. Do not agree with this elite. Their path is destruction.