For the Jews, The LORD was the magistrate, and his messenger was the priests. They had the ephod and this was used to guide in all matters. The people of God were told that God was interested in justice for all, for great and small, and in recompense when things went wrong. For wrongdoers, there was to be damages. There were fines. And there were case examples.

From this we can understand that God is interested in justice. We do not have justice now, and recompense flows one way.

Item one: the government is acquiring most of the infrastructure for sewage and water. They are not taking over the loans cities and towns have used to fund upgrades in these systems. Instead they are merely taking the control, centralizing it, and standardizing it.

This is the Government announcing it will pass legislation to legally steal billions of dollars of assets from democratically elected Councils.

The Government claims that it is not theft, as the Councils will still own the assets – just not manage them. This is farcical as ownership without control is not ownership. Imagine if you own your house and the Government announces that you will still own your house, but you have to move out and any decisions about who lives in it will be made by some committee, Would you regard that as satisfactory?

There are local systems that have been paid for by special rates, or a private to a few homes. Does not matter. Under control. Let’s say that the pushback on this has been swift, harsh, and involves the very people Mahuta represents as well as their Pakeha (European) neighbours.

The backlash is happening wherever the conversations are not curated. This is a time where evil is obvious and common, and good is clearly different and rare. So when we stand for justice, and when we proclaim the mercy of Christ, we are subverting the spirit of this age. 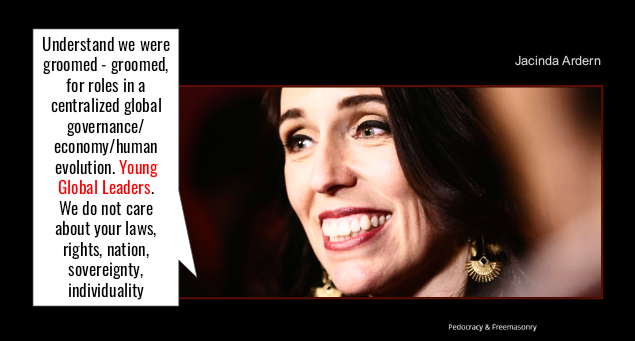 22 “If a man steals an ox or a sheep, and kills it or sells it, he shall repay five oxen for an ox, and four sheep for a sheep. 2 If a thief is found breaking in and is struck so that he dies, there shall be no bloodguilt for him, 3 but if the sun has risen on him, there shall be bloodguilt for him. He shall surely pay. If he has nothing, then he shall be sold for his theft. 4 If the stolen beast is found alive in his possession, whether it is an ox or a donkey or a sheep, he shall pay double.

5 “If a man causes a field or vineyard to be grazed over, or lets his beast loose and it feeds in another man’s field, he shall make restitution from the best in his own field and in his own vineyard.

6 “If fire breaks out and catches in thorns so that the stacked corn or the standing corn or the field is consumed, he who started the fire shall make full restitution.

7 “If a man gives to his neighbour money or goods to keep safe, and it is stolen from the man’s house, then, if the thief is found, he shall pay double. 8 If the thief is not found, the owner of the house shall come near to God to show whether or not he has put his hand to his neighbour’s property. 9 For every breach of trust, whether it is for an ox, for a donkey, for a sheep, for a cloak, or for any kind of lost thing, of which one says, ‘This is it,’ the case of both parties shall come before God. The one whom God condemns shall pay double to his neighbour.

10 “If a man gives to his neighbour a donkey or an ox or a sheep or any beast to keep safe, and it dies or is injured or is driven away, without anyone seeing it, 11 an oath by the Lord shall be between them both to see whether or not he has put his hand to his neighbour’s property. The owner shall accept the oath, and he shall not make restitution. 12 But if it is stolen from him, he shall make restitution to its owner. 13 If it is torn by beasts, let him bring it as evidence. He shall not make restitution for what has been torn.

9 Now even the first covenant had regulations for worship and an earthly place of holiness. 2 For a tent was prepared, the first section, in which were the lampstand and the table and the bread of the Presence. It is called the Holy Place. 3 Behind the second curtain was a second section called the Most Holy Place, 4 having the golden altar of incense and the ark of the covenant covered on all sides with gold, in which was a golden urn holding the manna, and Aaron’s staff that budded, and the tablets of the covenant. 5 Above it were the cherubim of glory overshadowing the mercy seat. Of these things we cannot now speak in detail.

6 These preparations having thus been made, the priests go regularly into the first section, performing their ritual duties, 7 but into the second only the high priest goes, and he but once a year, and not without taking blood, which he offers for himself and for the unintentional sins of the people. 8 By this the Holy Spirit indicates that the way into the holy places is not yet opened as long as the first section is still standing 9 (which is symbolic for the present age). According to this arrangement, gifts and sacrifices are offered that cannot perfect the conscience of the worshipper, 10 but deal only with food and drink and various washings, regulations for the body imposed until the time of reformation.

11 But when Christ appeared as a high priest of the good things that have come, then through the greater and more perfect tent (not made with hands, that is, not of this creation) 12 he entered once for all into the holy places, not by means of the blood of goats and calves but by means of his own blood, thus securing an eternal redemption.

This is the time of crisis. The idea of raisng a family for Christ is unthinkable today. The bribes offered to us for having the jab — a job, haircuts, food, and access to mass media — do not appeal that much. Bar the job: one still can do good, though the Stazi Karens are taking the joy out of that. I’d rather disappear into the bush like an Old Beleiver. 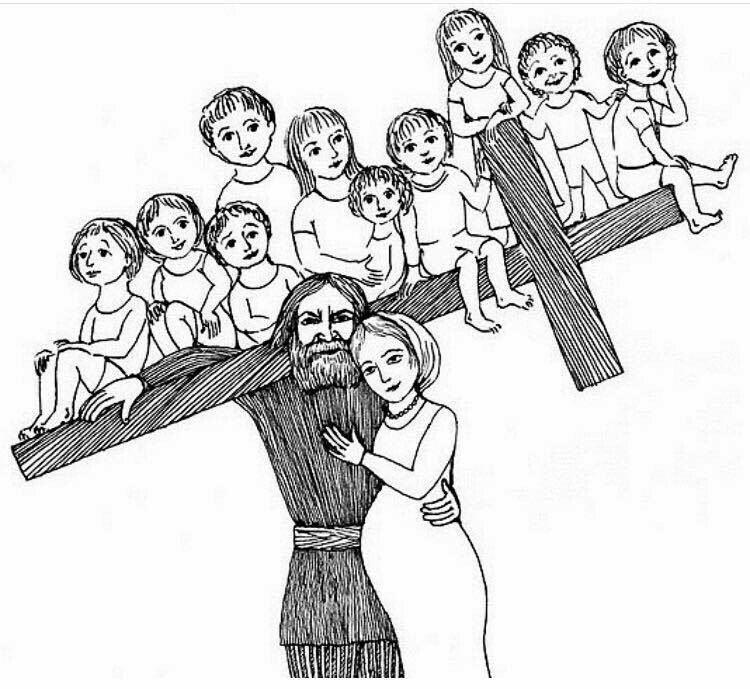 The evil empire monitors and controls ever more and more of everyday life and (since early 2020) does this on a global scale.

It has already confined, separated, dehumanized much of the world population for much of the past year and a half – and is keen to do more – and forever.

On a daily basis its officials and media propagate resentment between the sexes, classes, races and political groups; fear of the birdemic and climate. The obvious aim is that each person be isolated, and terrified into desperate and propitiatory compliance. The apparent choice is ‘enthusiastically’ to join the world of evil – or else dwell alone, demonized, starved of society and necessities

So, from a Christian perspective, there can be no reasonable doubt of the evil nature and intention of the powers of this world; and that these powers are waging both material and spiritual war upon the mass of people.

These are Epic Times in which the war of evil against good has never been more extreme. 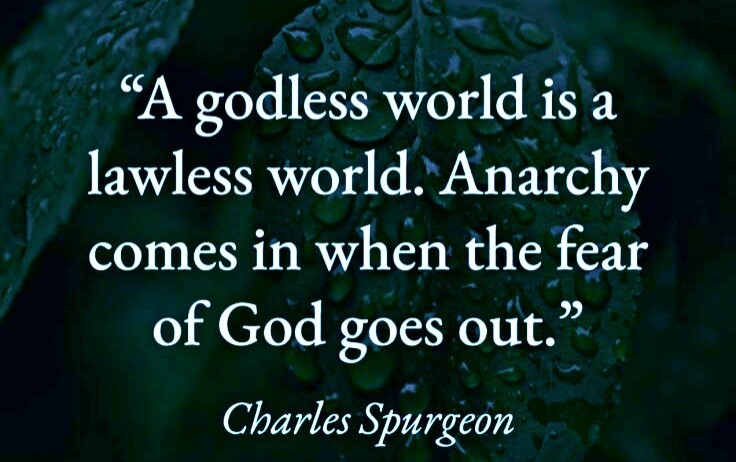 The question is why does this world want us to go back to indulging in our sinful desires and then asking indulgences for breaking their version of sins, frequently virtues. The answer is that the spirit of this age hates God and hates those who align with God. They do not understand that the law was superseded with mercy, and we should beg for mercy.

For justice is coming. Final, disinterested, true and terrible. The spirit of this age lies. But it will burn. 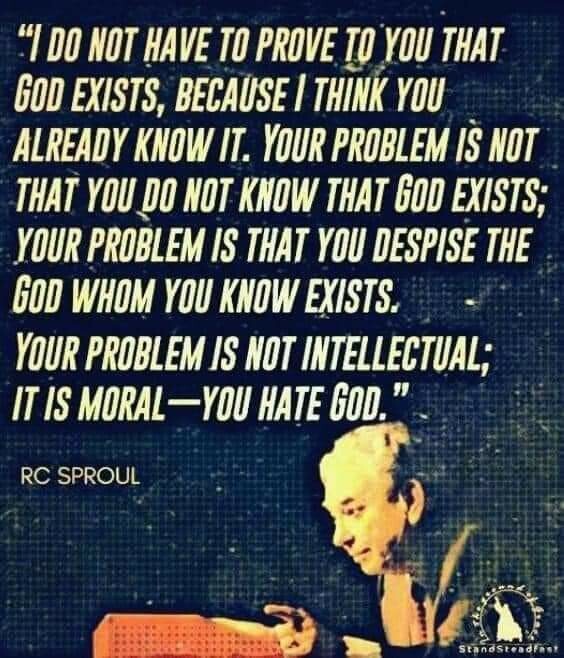 Agreed, Mick. This is going to end very badly.

Anounce the theft of billions from the populace, shove off to a gabfest on the far side of the world, leave a woman with limited ability and face tatts to do the vocals and depend on paid media session singers to carry the tune.
The stupid, it hurts.
That hammering racket sounds like Haman knocking up his own gallows.