One of the things that I have to do, fairly constantly, is guard my eyes. I live in an University town, and not every young woman does women’s studies, has 20 tattoos and 50 excess pounds. I do like looking at anything attractive. Kea knows this, and gives me the wifely elbow on a fairly regular basis. In addition, staring in this woke times is called harassment, regardless of whatever, and so you learn to inspect the parked cars. For dents and rust. This is not a reason for people to uglify themselves. We are restarting the hard keto diet, as (a) our waistlines cannot tolerate carbohydrates (b) my stomach cannot tolerate fats and (c) after two renal stones, I won’t eat foods full of oxalates. And walking.

But, God, it’s Monday, and the coffee pot has been emptied. I will have a strict diet if it contains thinking fluid.

Today’s missed passage is the laws of rape and faithfulness in the time of Moses. In short, adultery was a capital crime. If you accused a woman of infidelity and she’s innocent, the accuser was beaten, and if married to her, could never divorce her. The rules were harsh then. When Paul was writing, it was fairly standard for a Roman Aristocrat to sleep with slaves bought for their desirability, and to avoid his wife: he may only have one at a time but they were married and divorced for political reasons on a regular basis. Love had nothing to do with it. Power did.

So Paul, writing to the Gold Coast or Vegas of his time, (Corinth had the temple of Aphrodite with its temple prostitutes) argues that the way to expunge lust is to encourage marriage, and sex within marriage. The times then were corrupt and fallen. As they are now.

Blessed are those who fear the Lord,
who find great delight in his commands.

2 Their children will be mighty in the land;
the generation of the upright will be blessed.
3 Wealth and riches are in their houses,
and their righteousness endures forever.
4 Even in darkness light dawns for the upright,
for those who are gracious and compassionate and righteous.
5 Good will come to those who are generous and lend freely,
who conduct their affairs with justice.

6 Surely the righteous will never be shaken;
they will be remembered forever.
7 They will have no fear of bad news;
their hearts are steadfast, trusting in the Lord.
8 Their hearts are secure, they will have no fear;
in the end they will look in triumph on their foes.
9 They have freely scattered their gifts to the poor,
their righteousness endures forever;
their horn will be lifted high in honor.

10 The wicked will see and be vexed,
they will gnash their teeth and waste away;
the longings of the wicked will come to nothing.

7 Now concerning the things about which you wrote, it is good for a man not to touch a woman. 2 But because of sexual immoralities, each man is to have his own wife, and each woman is to have her own husband. 3 The husband must fulfill his duty to his wife, and likewise the wife also to her husband. 4 The wife does not have authority over her own body, but the husband does; and likewise the husband also does not have authority over his own body, but the wife does. 5 Stop depriving one another, except by agreement for a time so that you may devote yourselves to prayer, and come together again so that Satan will not tempt you because of your lack of self-control. 6 But this I say by way of concession, not of command. 7 Yet I wish that all [e]men were even as I myself am. However, each has his own gift from God, one in this way, and another in that.

8 But I say to the unmarried and to widows that it is good for them if they remain even as I. 9 But if they do not have self-control, let them marry; for it is better to marry than to burn with passion.

I have been married badly: there were warning flags but I wanted her… and she chose me from a pile of suitors. I ended up sitting in Mickey D’s most days, nursing a coffee, delaying going home because it was that unpleasant.

I have worked in a field that is 50% female, in teams that were 80% female. I never dated them when single as (a) you don’t date where you work (b) they were bitter and (c) they did not know that credentials are no substitute for a feminine, gracious and Godly spirit.

Then I met Kea. We both had raised children — for decades — alone. Our children are the same age. And this is a good marriage. A good wife is to be valued above wealth, though her house craft will mean you gain wealth: if nothing but because your diet will improve as you avoid the aforementioned Mickey Ds and coffee shops because you want to get home.

Young men and young women: choose your beloved carefully. Look at his or her parents. Look for red flags. Women, look for a godly young man. Listen to the wisdom of older women. 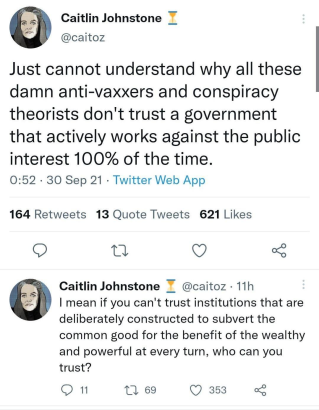 They are the only ones worth considering, does it really matter how many there are with regards to the post? Helpful hint – women are easily led. Even if she’s not a Christian now, a strong male lead will bring her there far more easily than a Christian woman will change an unbeliever mate’s beliefs.

Young men, be prepared to lead. If you don’t know, find a godly older couple in a Trad. marriage. And watch.

But avoid those places that offend your eyes. From Instaham to a fair amount of facebook and the news, let alone the average Netflix series (I wont watch Westworld or Game of Thrones because the thot quotient is so high) OnlyFans and other p0rn. Keep your desire for your spouse. If you look at the thots, you are not leading and loving her.

For the tendency to lust does not diminish until you are too old to walk. Most of us have learned self control as a survival trait. And this will allow us to keep our marriages strong.