The press today was full of doomsters and gloomsters. Including some of the Auckland part of my tribe, who are fearful — with good reason — that the Ardern will pull cases out of her back pocket and extend lockdown.

It’s school holiday and parents are going mad. The reason the elite fear is because those who are better populists than them are now pissed. People who use rhetoric instinctively.

Because, though the battle is spiritual, the toolkit is dialectic. As Brother Didact says, time to tool up.

The fascist Left – yes, that is the correct way to refer to them – doesn’t care about logic. They never have. The Left doesn’t speak in terms of dialectic, the way that we do. They speak in terms of rhetoric, and this is the classic mistake that people like us always make when dealing with them. We think that we can argue with them on a level playing field – when, in reality, they will always tilt it in their favour and then imprison and fine us for having the temerity to point to the rulebook.

The only way to deal with the Left is to attack them rhetorically. And that isn’t actually too difficult – but it does take a lot of practice. Most of us on the Christian Nationalist side of things – self VERY much included – don’t speak rhetoric very well.

If you are unclear about your own rhetorical speaking skills, pick a fight with your wife or girlfriend, and try to argue with her logically. Your skill with rhetoric will be inversely proportional to the length of time required for you to realise that this will not work, and that switching to a different approach is necessary. If this length of time exceeds 5 minutes, then it is safe to say that you have no skill with rhetoric. And if you resort to “whataboutism” at any point in the argument, i.e. attempting to point out how she engages in EXACTLY the same behaviour that she finds objectionable in you, then you fail INSTANTLY.

How do you get good at speaking and thinking in terms of rhetoric? Read the Social Justice “trilogy” of Our Beloved and Dreaded Supreme Dark Lord (PBUH) Vox Day the Merciless and Terrible for a start. If you want a real masterclass in how to use effective rhetorical bombs, study up on what Milo Yiannopoulos does.

Yes, I know, there are lots of reasons to be deeply suspicious of Milo. I have no view, either way, on whether Milo has genuinely repented and become a real Christian and gone straight. All I will say on the subject is that, regardless of whether he is actually “on our side” or not, his tactics are amazingly effective at riling up the Globohomo types. His approach is not for everyone – indeed, it is actively dangerous for many of us. But you don’t have to use all of his tricks – you just have to know and understand why he is good at what he does. 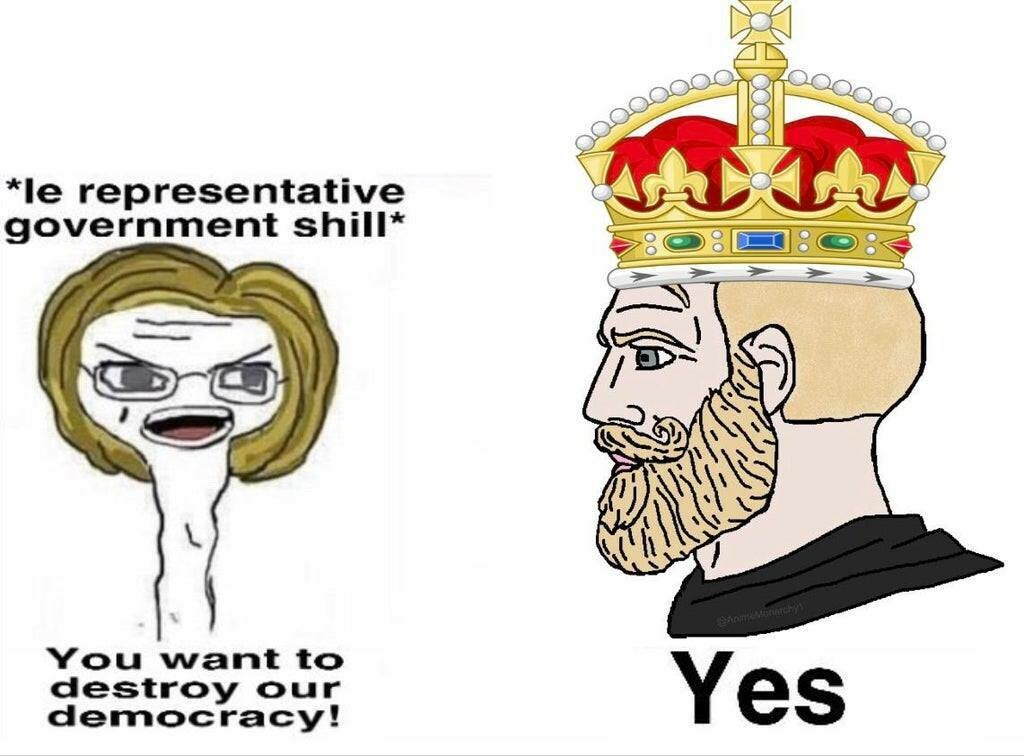 Ironically, one of the paleo Doomsters, Kunstler, has sensible suggestions.

All of this activity is obviously weird to an extreme never before seen in national affairs prior to the deep fake era — to the degree that reality is almost impossible to establish for now. We are a people lost in a dark wood. When you are lost, the first thing you must do is stop your useless, self-defeating locomotion, hunker down in place, and carefully assess what’s around you. Even if everything else is murky and perplexing, one thing is known: there is a way out of these dark woods. Remain calm and alert and it will reveal itself. 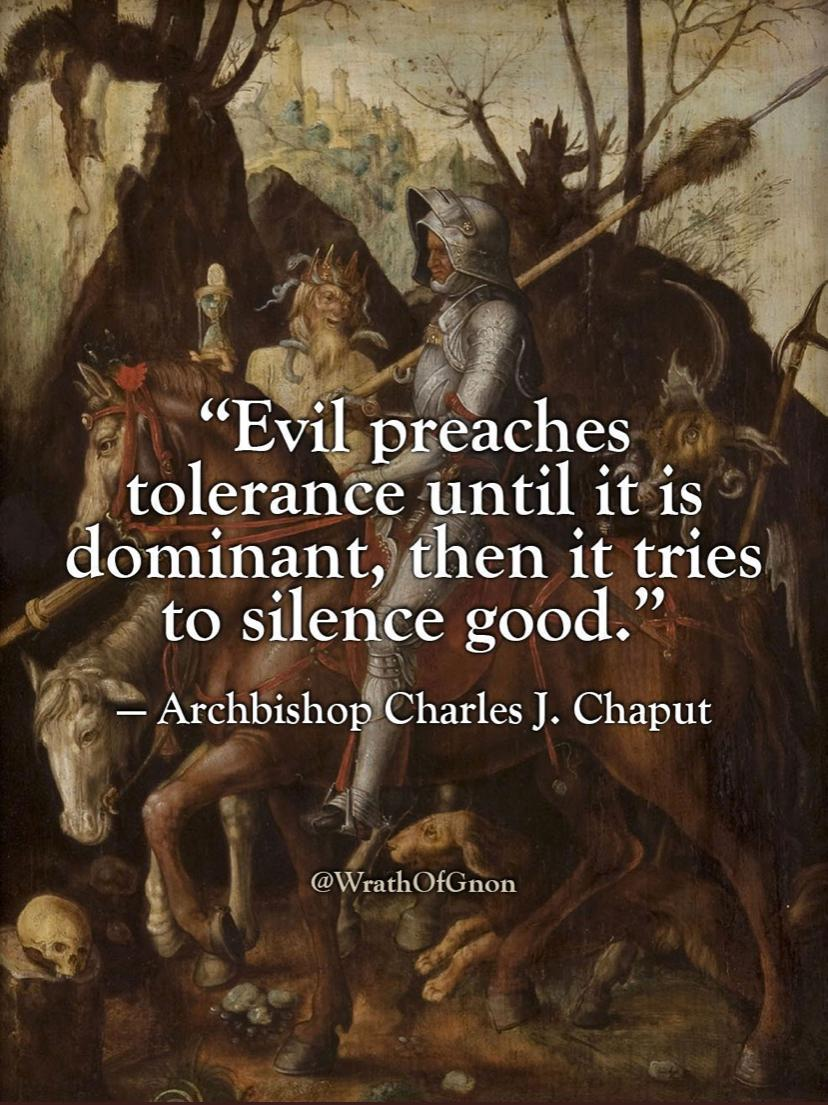 And finally, never forget you cannot predict their fall. Sydney is a happier place today. The Premier is gone who put them into lockdown. 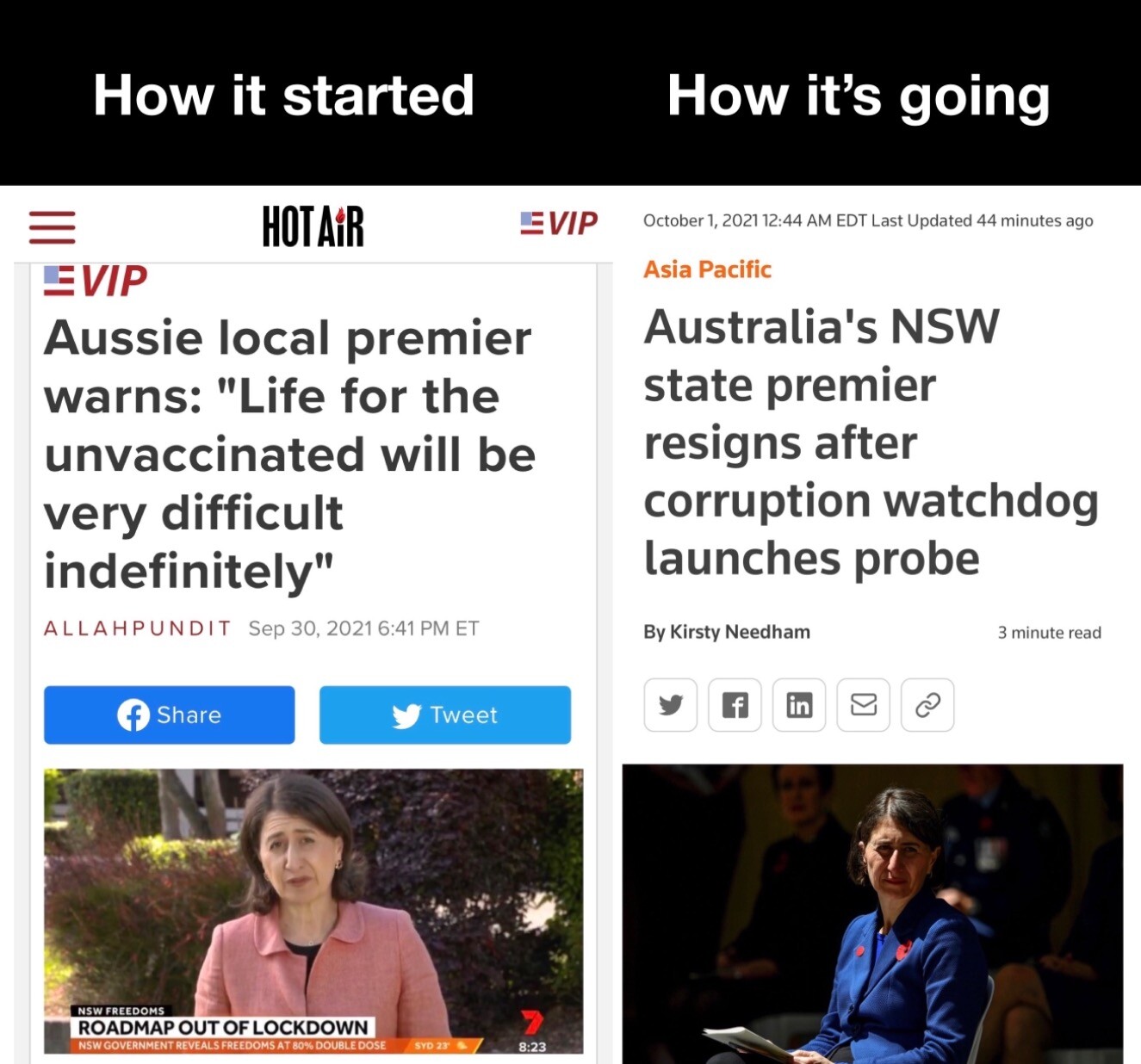 Last edited 3 months ago by Heresolong
0