Need to be shared. 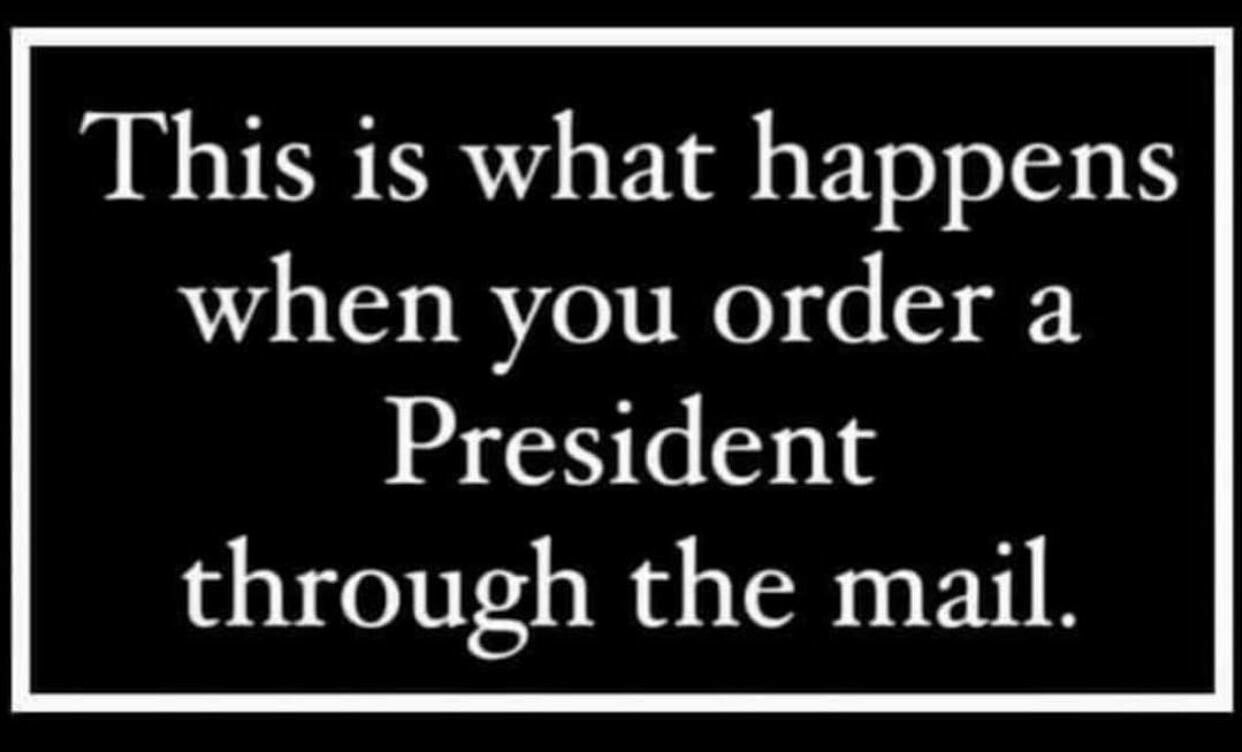 Having come to the conclusion quite a while ago now that Ardern is the worst PM and this Government is the most incompetent Government that I have had to live under inmy 50 years of being able to vote. Also because of Covid I have now lost faith in the leaders of the Medical Profession for continuing to back a Vaccine that is still being trialed under emergency regulations which is known to produce
adverse side effects and death, whilst continuing to prevent the alternative options of other safe avenues of treatment which have been proven to work . So what of the experts you may ask. I had little faith in them from the very beginning because I felt that all that was parroted by them was the Government line and no alternative options were ever offered however on learning that Hendy’s Company had been awarded 6 million dollar contracts to do the modelling and Baker had been given 2 million dollars from the Gates Foundation for his work this just confirmed my suspicions about them so IMHO what they produce is not worth the paper it is written on. I decided a couple of weeks ago after listening to the visceral criticisms every morning of those who were vaccine hesitant on Newstalk ZB to turn the radio off and Spotify is now listened to with great jazz and classical music played all day with no ads or Covid propaganda. I do not read any of the MSM newspapers and the TV news is recorded so that I can fast forward through any parts when Ardern or any Government Minister appears or the word Covid is mention hence the news hour has been reduced to around 30 minutes. In my car I listen to Magic FM where the music of the 60’s and 70’s reminds me of my youth and the great times that were had without continual Government interference in our daily lives and any time I hear the line This is a Covid 19 announcement on goes the mute button. Having made this change my demeanor and outlook on life has improved dramatically because I no longer read, hear or watch anymore Government propaganda and the absolute b/s that pervades the MSM these days. I strongly recommend this change of lifestyle to everyone. It does wonders for your wellbeing

I have limited motivation this morning, because I have read the work emails, some of which work on public announcements with no regulations to follow them at the time of writing (Monday). I’m being threatened with getting the jab or being unable to work. This is not coercion: it is forced, mandated, without any consideration of consent or alternatives.

But the regulations are not out yet — a full week after the announcement and with a deadline of the 29th October. This is immoral and in gross violation of a pile of laws, which means that Voices for Freedom’s lawyers will have a field day. 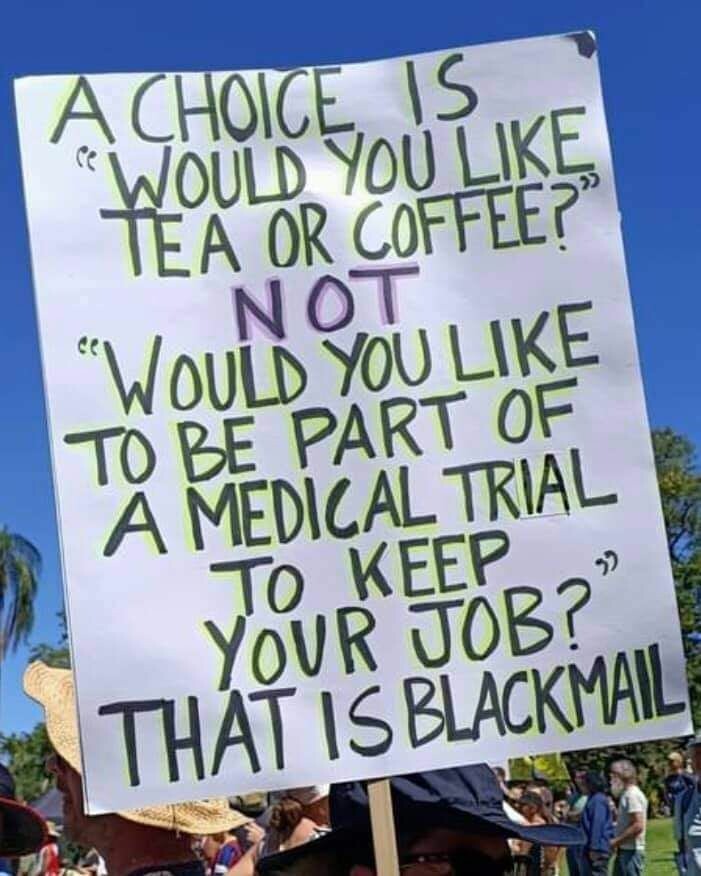 From Gab this morning:

I’ve got a few questions:

By what authority does the government command that all healthcare workers get the Pfizer jab? All of these people are duly qualified and professionally registered, and overseen by independent professional bodies. The government has no place interfering in that space.

Likewise teachers. They’ve qualified, been assessed as fit to hold a licence and an independent body maintains that registration. If a teacher does bad, they can be taken before that professional body and either censured or struck off.

Jab status for either sets of professions cannot be considered professional misconduct. For starters, it assumes the un-jabbed are unclean, which cannot be the case unless tested as infected. So, how can they be out of a job based off that one criteria?

Now, I assume they’ll exclude teachers and nurses from the workplace, which is a form of constructive dismissal, a lock out. Where are the unions in all of this?

The government has greatly overreached and what’s also weird, there is no opposition in parliament. That’s very strange too.

Sought after, these teachers and nurses are free to search for work overseas, where their skills will be greatly appreciated. They’ve done no wrong, their professional status remains in place.

New Zealand has shot itself in the foot. More to come no doubt.

I read this: I got the same premonition at the same time and my main aim now is to be debt zero. 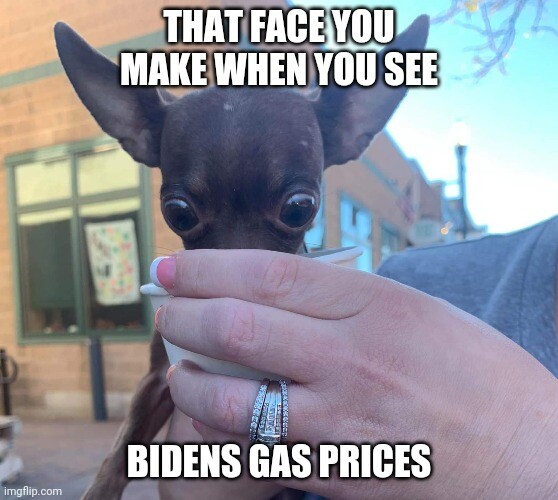 After a disastrous 2012 and a lacklustre 2013, the pressure to gear up again to tackle big jobs and higher risk, was significant. Something however, told me not to do it. Into 2012 we’d been running at a couple of $meg per year and then it all evaporated. We’d shed all the staff and cash on hand went to zero and we had sat on our bums for maybe 9months. A hell of a lot of hard work for nothing.

I guess this bought up memories of the early 90’s for me which was a pretty trying time and I had vowed never to be exposed like that again. It got better of course, and after a couple of years we were back to profitable but on a smaller scale.

Anyway, interest rates kept dropping and the pressure to expand kept mounting and what my noggin had finally worked was that — Interest rates down = yields down = risk up.

So, instead of biting off too much and chewing like hell, I decided to run the other way.

Rearranged all our supply lines.
Eschewed all debt and paid out all the leases.
Shifted from risky sub-contracting exposed to pipe-monkeys (plumbers) and builders, over to customer direct. Took a while.
Targeted large older buildings and portfolios where systems need ongoing maintenance and as time goes by, upgrades and retrofits.
Leased the factory out to somebody else and now we are essentially home/mobile/site office only.
Focused on quality and tech expertise.
Learnt some new circus tricks.

Within our team, it took some convincing but over years of persuasive beer rants, I eventually got my way.

Many competitors just kept growing and started chasing more wet-cement jobs. We looked for all purposes like we’d run our race and the opposition laughed and while they laughed, we took some of their plum maintenance jobs away from them, which we are retrofitting now.

For years I kept marvelling at competitors’ appetites for big capital works and watched them grow more heads and lease more cars and work harder for lower margins. Whoever misses the most in the specification, wins the job with the lowest margin.

We have already tightened the budget. Now I have to see what happens in the next fortnight, and work out what we do then.

It’s back. Tech stuff. Toss me an email and I’ll share a bit more. All (fingers crossed) good now.

Mate, is your place down?

When the tide goes out, we’ll see who isn’t wearing a swimsuit.