I had a long conversation with son one today. He’s reading the Secular Cycle, noting that it is expensive, and, interestingly, is cheaper from the publisher or Amazon as a hardback than as a kindle e book. I think people know how little shelf space modern houses have. Given that we are running out of shelves at Casa Kea….

The book needs to be added to by reading list. What both of us think is that we are at the end of a stagflation phase and moving into crisis. Right now. The consent of the governed for the current government was shattered yesterday. I, along with every other person in my industry, is facing a choice: take the Pfizer — designed with malice aforethought — or lose one’s job. To summarize the theory, look at scholarly reviews.

Peter Turchin, a professor of ecology and evolutionary biology at the University of Connecticut, and Sergey Nefedov, a senior research scientist at the Institute of History and Archaeology of the Russian Academy of Sciences, attempt to provide an answer to that question with a masterful, interdisciplinary synthesis of evidence that points to the answer in demographic-structural theory à la Jack Goldstone. Secular cycles are the long-term oscillations of history that characterize agrarian societies at the regional scale. They are typically several centuries long and divided into three phases: an integrative phase marked by social stability and expansion of power (and often territory); a stagflation phase marked by economic distress among commoners and rising consumption among elites; and, a disintegrative phase inaugurated by crisis and marked by depression and civil war. Their argumentation proceeds through a series of eight case studies covering medieval and modem England, France, and Russia, as well as ancient Rome (the Republic and the Principate). In so doing, Turchin and Nefedov apply the scientific method to historical analysis. They outline a cause-and-effect model of secular cycles, test it in the context of regional histories, and end up with a set of laws that the
authors assert are universal in their application to the pre-industrial world. To counter the criticism that the case studies are Eurocentric, Turchin and Nefedov encourage readers to delve into Chinese dynastic histories and Khaldunian cycles of the Arab realm.

The shadows of Thomas Malthus and David Ricardo loom large over Turchin and Nefedov’s search for history’s motive force. Neo-Malthusian demographers will feel vindicated by the theory of secular cycles. Classical economists will relish eight case studies demonstrating Ricardo’s law of diminishing returns. Marxists, however, will avert their gaze from a theory that is predicated on a symbiotic relationship between elites and peasants, and a competitive relationship between elites and the state. Secular cycles seem to explain more variation over time in power relationships than does class struggle. Geographers and ecologists will recognize the important role of the biophysical environment in influencing the course of history. Malthus predicted catastrophe when the size of a population reached the carrying capacity of that population’s territory. The theory of secular cycles incorporates Malthus’s “positive checks” on population grouch by identifying them as triggers of the disintegrative phase. When carrying capacity is exceeded, the stagflation phase of a secular cycle begins. Then, when a famine or epidemic stiikes, the disintegrative phase begins. This patternis demonstrated consistently in England, France, Russia, and ancient Rome.

This is longer than the saeculum on 80-100 years or four generations, after which the past is no longer in living memory. There is no doubt that at this time we are in a crisis. It is also without doubt that the elite are evil.

Fo be added as a book to get second hand, and keep.

The time of crisis

The only people who should vote are those who provide for the family. One family, one vote. Not paying taxes, no voting.

Hilaire Belloc, for instance, wrote: “I call it immoral, because I think the bringing of one’s women, one’s mothers and sisters into the political arena, disturbs the relations between the sexes.” Belloc might’ve been a little indelicate, but his point is certainly valid. Granting women the right to vote suggests that their political interests could potentially be at odds with their husbands’.

As always, Belloc was prophetic. In 2017, Harper’s Bazaar editor-at-large Jennifer Wright urged women: “If your partner is a Trump supporter and you are not, just divorce them.” Why? Because “supporting Trump at this point does not indicate a difference of opinions. It indicates a difference of values,” and “if you saddle yourself with someone who fundamentally does not share your values, you’re going to be unbelievably, achingly lonely.”

The intelligent reader might suggest that, if you didn’t explore one another’s “values” before getting hitched, your problems started long before the 2016 election.

But Ms. Wright isn’t really talking about values. Mr. Trump doesn’t, as she claims, “endorse police brutality.” (By the way, she’s referring to a speech President Trump gave to a group of New York police officers. Mr. Trump said that, when putting a suspect in their cruiser, they shouldn’t ease the perp’s head through the door. “You can take the hand away,” he joked.) Still, that’s not a value. Whether or not the police should take special care of suspects who don’t know how to sit down in a car isn’t a value. She’s talking about ideology.

Even most non-religious Americans use some form of the traditional Christian wedding vow: “For better or for worse, for richer or for poorer, in good times and in bad, in sickness and health, until death do us part.” Or if we don’t vote for the same presidential candidate, I suppose. Whichever comes first.

This is a nonsense, as much as not guarding the communion table. In the old, based, Presbyterian Church, your elder had to visit you at least once a quarter to enquire into the state of your soul and give you a card for communion.

Now it is freely dispensed, which we are warned is not worthy of the sacrament.

This world is full of clowns who demand they should be taken seriously. As Didact notes, the correct response is laughter.

Understand, here and now, that their call to bow down to these ridiculous dictates of language and speech is nothing less than a compliance test for you – with DIRE consequences for you if you fail to obey (or so they say – the consequences for obedience are actually far worse). They are an attempt to see how low you will bow before your overlords. They need you to grovel – because they are themselves actually quite weak.

Have you ever wondered why the lunatics of the LGBTQWTFISTHISSHIT community are so militantly and violently insane? It is because THEY ARE INSANE, but they believe that they can bully and browbeat you into silence and submission. And, so far, it’s worked pretty well for them in the Western world.

Why? Because White Westerners are desperate to be liked, to be thought of as “nice” and “kind”.

And why is that? Primarily because the Church in the Western world tried to emphasise the “nice and kind” side of Jesus, and in the process, forgot that He is LORD.

The Lord is not “nice”. He is not “kind”. HE IS WHO HE IS – that’s literally His name, that’s what “Yahweh” means. The Lord is certainly compassionate, beyond human understanding – but He is also seething with righteous and holy rage against His broken and wicked Creation, which refuses to obey His rightful and just commands.

Accept this one fact, immediately: you are a wretched, sinful, pitiful, broken creature that deserves to DIE and be CRUSHED under God’s righteous wrath, because you have sinned against Him and everything that He stands for. Your very existence is an affront to His holiness.

THE ONE AND ONLY THING preserving you from this awful fate, is His infinite mercy, given to you freely out of His infinite love for you.

Through that mercy lies hope and salvation. And by accepting that mercy, you also have to accept the truth – which means that you have to call good and evil exactly what they are.

And the best way to deal with evil, is just to laugh at it.

What the Fake Administration is attempting to do is evil, unquestionably. But it is also hilarious. They have the gall, the never, the effrontery, the bare-faced CHEEK, to force you to say that a man is a woman, and an actual 4-star Admiral, to boot.

This isn’t just stupid or evil, it’s extremely funny. The comedy value involved is immense. Never stop laughing at these idiots – not only does it absolutely enrage them, it is also quite healthy for you, personally, to do so. 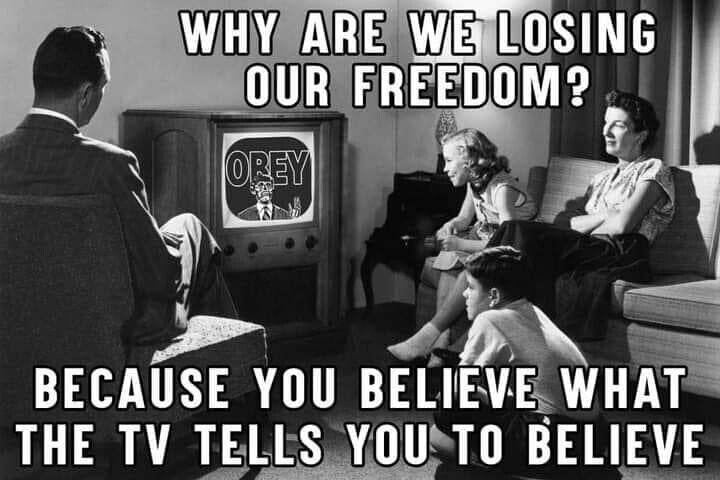 Adam on the Tree of Woe’s long post about philosophy. We have to do better than the enlightenment.

While he is correct, he fails to notice that the Enlightenment did not fail to defend the foundation of Western Civilization. Rather, it did exactly what it was designed to do.

Didact, considering how the major powers armed forces work. The same applies to the health service: dividing it between three ministers and having zero accountability leads to cock ups.

The design, of course, could be deliberately dysfunctional. But that is not how we run our home, and that is not how to run a life. The cure for ugliness is to look at beauty.

Ugliness of all sorts is inherently problematic. It is a sign that something is wrong with us or with our world, and that we ought to act somehow to correct the problem. So ugliness puts us on alert. It amps up our anxiety, our adrenal output, and our blood pressure and heart rate. But because there is almost nothing we can do to ameliorate the prevalent ugliness of modern life, we are left in a more or less constant state of low grade anxiety, and cannot effectively relax.

Relief from that stress of ugliness ubiquitous in modern civilization then is one reason we seek out the woods, the mountains, the sea, and the great cathedrals and charming older precincts of European settlements. It is the reason we resort to immersive experiences of intense beauty such as the opera, the symphony, and the great musea.

Agreed. We are spending the weekend somewhere beautiful, and scouting out photo sites for later. 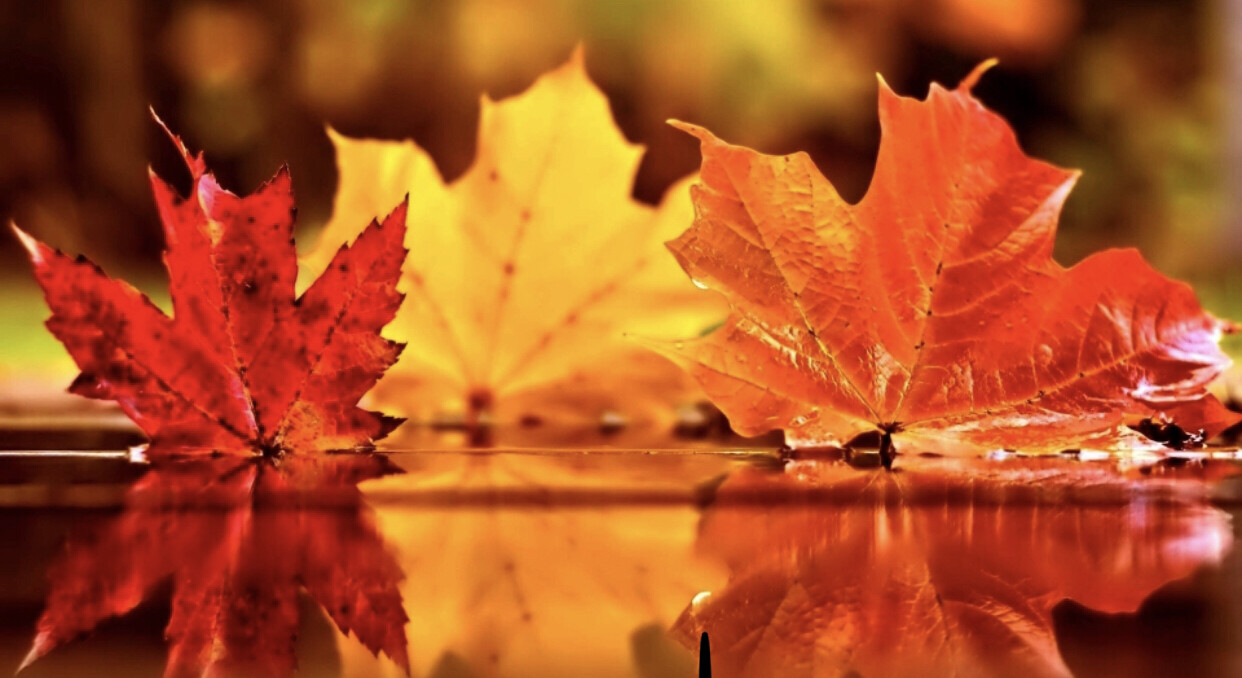 I agree that we are close to a change. The elite are desperate; they see the change coming and see doing everything they can to stave off their inevitable downfall.
In the US, it is why they had to so blatantly steal the election and now push their agenda no matter what… And instead of being satisfied with the considerable power and influence they had, they went for it all – and I believe they will lose it all in the near future. But the process will likely be painful for all as they fight back.