The plague that is social media

Very little to note here, as far as the blog is concerned. Statcounter is switched off, things are being tracked interally using Matomo, the spam filter is working, I’ve not been (so far) taken down. Kea has been banned from posting in facebook after reposting things found elsewhere. The narrative must be sustained.

There are problems with this. The first is that large media goes down. If you rely on large media and the cloud, and it goes down, you are unable to be productive. 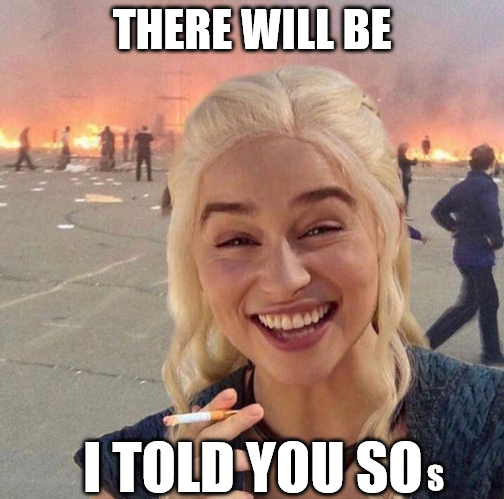 Twitter is back online after being down for thousands of users worldwide who had issues with the website, app and logging in.

Problems began around 12:50pm ET on Monday and were impacting some users in the U.S., the U.K., New Zealand and other countries – but the crash appeared to be fixed around 1:30pm ET.

Many users said tweets are not refreshing or they are being kicked out of their accounts and forced to log back in.

The problem with social media is that you will waste your time for likes.

The problem with using other platforms — such as substack — is that they can kick you off. I do have the photo blog on Ghost Pro — and I could monetize that if needed, but Kea is one of the few people I know who can make money out of photography, and she says it’s better to have a day job.

So, have a horizontal social media profile. The only safe harbour is Social Galactic. I have seen others be hassled by the police, in NZ, for posts on Gab — and I have personally blocked and reported people pushing p0rn there.

Your DNA is not yours

This was always the endgame. Which is why research consent forms include questions to allow or no allow genomic sequencing to be shared with other research groups.

Cynics will say that nothing says “trusted neighborhood doctor” quite like a company that is a cross between Big Pharma and Big Tech – but apparently Anne Wojcicki’s 23andMe wants to be perceived as having the characteristics of all three.

The company, best known for harvesting genetic data from millions of Americans via spit tests that produced questionably useful information to the customers, recently went public, and now the serious side of its business is emerging – using all that data to develop new drugs and usher in the era of a new kind of Big Pharma that relies on Big Tech strategies of collecting data and monetizing it.

It hasn’t exactly been a secret that this was the plan all along, as a report in Bloomberg now shows, citing Wojcicki’s early pitch to investors. This is not unlike what Wojcicki’s former husband, Sergey Brin, did with Google: it started out as a search engine, that once it had enough personal data harvested from users, became a massive advertising company.

As with Google and other similar companies that scoop up personal information, it remains unclear (and to be seen) how well-aware 23andMe customers are of what they do when they agree to allow the company to use data derived from their DNA samples for any purpose. What those buying 23andMe spit kits get is a genetic makeup analysis version of an online personality quiz – but what the company has gotten from them is now enough to take it to the next level of collaborating on trials to develop new drugs.

My ancient Acer is now running Arch with i3. Mainly for blogging — I do the lectionary posts last thing at night, and use that laptop for this. Many parts of the laptop are — flakey, including wifi, which works intermittently. Arch does find the hardware fairly well.

i3 makes the laptop usable. I have the windows key set as command, so I am able to launch vivaldi (which is at the moment better than firefox) with a few keystrokes, and then I work in that. My version of vivaldi has all the extensions switched off: I write using the old wordpress editor in html, and I don’t need to bring up email, or stream music, when I am working.

I use phones for that. For single use or multiple use using tabs or other groups, i3 increases productivity.

I don’t think I could use it as well as a classic interface for doing photo processing and data analysis. But I have a desktop running manjoro xfce that is very fast and does those things.

We are doing more walks. I use a cheap timex smartwatch, but when we go to some places — within half an hour — there is no GPS signal. The watch is fairly slow to pick things up anyway, and half the time I don’t switch it on.

Having said that, I won’t upgrade until glucose monitoring is standard.

This is where I’d appreciate some feedback.

I need a little more stability in my life to get on with these things.

Lets see. Synology NAS go for about $350 locally, and small hard drives to fill it go at $130 each. The second hand scene in NZ is full of worn out stuff. Everyone hangs onto gear as long as possible.

It might be a better solution. Besides, I could do with a NAS: in fact we could do with a bigger one for the photography business. But it depends on what happens around the job.

I don’t know about using Raspberry or Pine for hosting from home, but if you have a couple spare hard drives and can find a used Synology DiskStation, you can use that to host a website from home. This blog is hosted on one and he has information on how to do so. https://mariushosting.com