There are many righteous in the nation of Israel. But the progressives disavow them because they have converted to Christianity, and the rabbis cast them out of the nation for the same reason. Without prophet or priest, the lawyers curdled the religion, and without the presence of God the progressives ruined liberal Judiasm. Many revolutionaries see Marx as their father, not Moses. And this is not going to end well for them.

As I am sure most of you already know, Rittenhouse has been found not guilty of all charges. What happens next is anyone’s guess. I wrote about the trial a couple of days ago where I ruminated over the strange charges of racism and blacks being all upset about a white boy who shot three whites. Well, one white and two Jews. In that piece I posted a screenshot of a Tweet calling for someone to “pull a Jack Ruby on Rittenhouse”, which is kind of fitting when you think about it seeing as Ruby, whose real name was Jacob Leon Rubenstein, was a Jew.

Now the white boy who killed Jews has been found not guilty and the Jewish propaganda units such as the ADL have the potential for a real problem.

The problem is not so much that white guys can now shoot up rioters in the streets. The problem is that normies might begin to start connecting the dots. Thus, their first step will be to attempt to immortalise the memories of the two rioters that were slain.

We see here this tactic, also known as the Leo Frank move, in action; ‘May their memories be a blessing and a revolution’. But the use of the term revolution in this context may prove to be an oversight. And here we come to the connecting the dots part. How is it possible to claim that Rittenhouse targeted these men? And not just targeted; hunted. As the trial has shown, Rittenhouse defended himself against those that were already attacking him. In this case it was the hunters who were killed, not the intended victim. But she insists that he targeted them because they were Jews. It seems a trifle far-fetched to infer that the young man purposely selected these guys out of the entire press of rioting animals. Are big noses really that prominent?

But of course he didn’t pick them out; they targeted him. Which means that the next dot to connect is what are the chances? What are the chances that in this large group of rioters that two thirds of those that attacked Rittenhouse were Jews? And not just Jews, but Jews with long and disturbing criminal records. 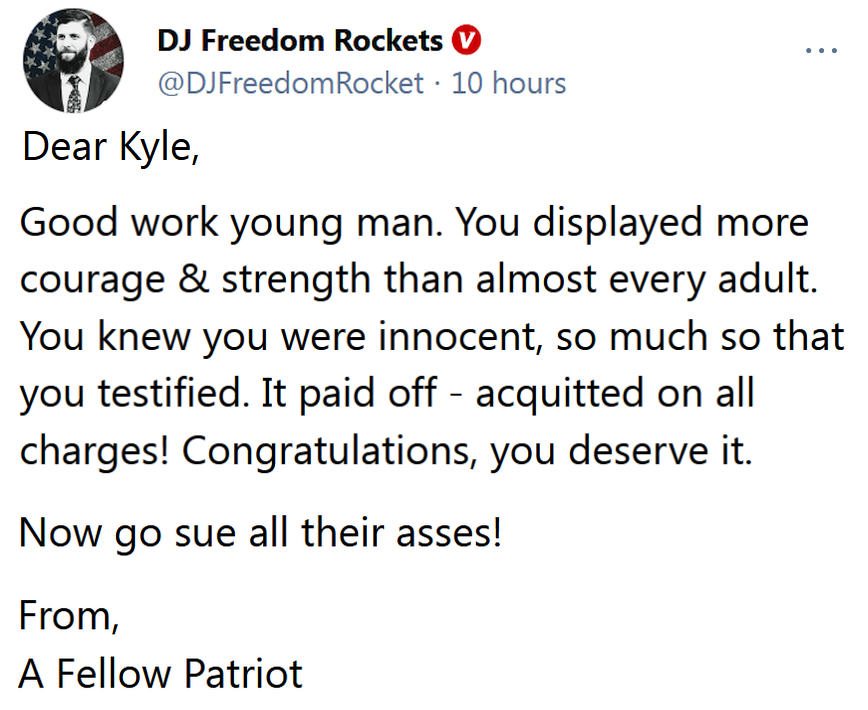 You never idolize the criminals among you. You do have them, but that is why you have courts and jails and, when needed expel them from the community. Each nation has to deal with its own, if they want to or not. In New Zealand, this means that we get deportees from Australia after they have done the time for the crime because they have New Zealand citizenship and Australia won’t give them citizenship (regardless of how long they have lived there.

Because if you decide that your tribe is always to be defended, right or wrong, you lose the nation-state, and you may also lose the country.

That old Shining City on a Hill is looking more like Detroit in a sleet-storm, with dumpster fires sputtering here and there in the broken streets. The darkness descending is something more ominous than any ordinary night. In the shadows, an insectile legion seems to be stealing away with what remains of your country.

Was it reassuring to see Dr. Anthony Fauci declare on MSNBC: “What we’re starting to see now is an uptick in hospitalizations among people who have been fully vaccinated but not boosted”? And the moral of that story? Get more of the same thing that’s not working — and if you don’t volunteer to get it, maybe we can find a way to force you.

The traditional, historical response when the empire gets corrupt is twofold: to bear witness and preach against the evil of that time or this time: and to head to the desert, to rebuild communities. To preserve what is noble, and good, and true. The secular church remains, but the sharp end are either in community (often monastic) or being martyred (often friars). In every church there are natural monks and friars, and they have their leashes slipt, because the times are evil.

And God will not be mocked. We are in the middle of a massive asset bubble, and the burst is coming. We are in the end stage of the progressive project: it is rotten from head to tail, and it is reaching to ancient pagan religion for justification, since converged science is false. They have not learned from the Soviet not-science of Lysenko.

The casualty rate from government policies is getting greater. I’m supposed to be at work: I am stood down awaiting a decision on proposals that I do what I did during lockdown: work from home. Kea and I have planned for if I have to take returement a decade earlier. Plan. Pray. But the goodwill is gone, and the nation is going to fracture. The link below (it may not embed) shows where we are heading.

This was in my email.

That is true for a significant majority of Jews across the entire West – 70-75%. Most of the rest are decent human beings.I would say only 5% of the tribe are bastards. But you have to weed them out. Everyone else does