I hate seeing things: reading patterns, and predicting what will happen. I hope that I will be wrong. I tend to self talk that things will go well. But all I see at present is a society heading to a cliff: our policies are designed to destroy civilization and lives. Yes, we are in a crisis. Anyone who is thoughtful can see this.

But most people do not think that this is due to things beyond the plane of politics. Charlton has aregued that this is sothratic evil: the joy of destruction for no other reason but to see the flames and feel the pain you have caused. Even if it is too oneself.

But there is no pleasure in this. None. I am not removed from my family, my nation, my people. Many are heading for destruction. We have had to do some hard grieving.

I fear there will be more to come.

For the director of music. A psalm of David.

1 How long, Lord? Will you forget me forever?
How long will you hide your face from me?
2 How long must I wrestle with my thoughts
and day after day have sorrow in my heart?
How long will my enemy triumph over me?

3 Look on me and answer, Lord my God.
Give light to my eyes, or I will sleep in death,
4 and my enemy will say, “I have overcome him,”
and my foes will rejoice when I fall.

5 But I trust in your unfailing love;
my heart rejoices in your salvation.
6 I will sing the Lord’s praise,
for he has been good to me.

8 In the third year of King Belshazzar’s reign, I, Daniel, had a vision, after the one that had already appeared to me. 2 In my vision I saw myself in the citadel of Susa in the province of Elam; in the vision I was beside the Ulai Canal. 3 I looked up, and there before me was a ram with two horns, standing beside the canal, and the horns were long. One of the horns was longer than the other but grew up later. 4 I watched the ram as it charged toward the west and the north and the south. No animal could stand against it, and none could rescue from its power. It did as it pleased and became great.

5 As I was thinking about this, suddenly a goat with a prominent horn between its eyes came from the west, crossing the whole earth without touching the ground. 6 It came toward the two-horned ram I had seen standing beside the canal and charged at it in great rage. 7 I saw it attack the ram furiously, striking the ram and shattering its two horns. The ram was powerless to stand against it; the goat knocked it to the ground and trampled on it, and none could rescue the ram from its power. 8 The goat became very great, but at the height of its power the large horn was broken off, and in its place four prominent horns grew up toward the four winds of heaven.

9 Out of one of them came another horn, which started small but grew in power to the south and to the east and toward the Beautiful Land. 10 It grew until it reached the host of the heavens, and it threw some of the starry host down to the earth and trampled on them. 11 It set itself up to be as great as the commander of the army of the Lord; it took away the daily sacrifice from the Lord, and his sanctuary was thrown down. 12 Because of rebellion, the Lord’s people and the daily sacrifice were given over to it. It prospered in everything it did, and truth was thrown to the ground.

13 Then I heard a holy one speaking, and another holy one said to him, “How long will it take for the vision to be fulfilled—the vision concerning the daily sacrifice, the rebellion that causes desolation, the surrender of the sanctuary and the trampling underfoot of the Lord’s people?”

14 He said to me, “It will take 2,300 evenings and mornings; then the sanctuary will be reconsecrated.” 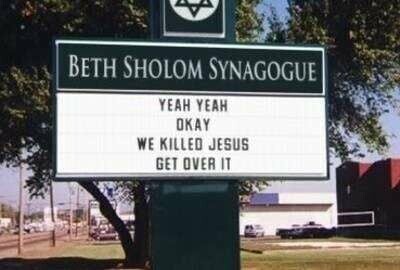 If I take the first kingdom as the Medes and Persians, the second as Greece, and the destruction of Jerusalem in AD 70 as when the sacrifices ceased then the sums are obvious. We do not have a temple to God on the mountain, but a mosque. This may be the time of the end, or it may not be.

It is better to consider why the temple fell. In part, it was because of rebellion. The Jews considered that they had rejected the pagan habits of their forebears, and returned to worship of the LORD. But when Christ came, him they rejected: as they rejected the Preaching of Paul and Peter.

Not the people, who turned ot Christ, but the rulers. And the sacrifice has been gone now for 2050 years.

No ruler, no elite, can assume that their land will remain beautiful and godly because previous generations made it so We have to bear witness in our time, not those who came before us.

And if we rebel, and put truth on the ground and trample on it, make good bad and bad good, then what will become of us? God did not spare the Jews, who had Moses and the Priesthood and the Prophets. To whom Christ ministered.

Lord, return us to you. For we have erred far more than the ancients who demanded you were crucified.

Various state governments in the US are mandating or discussing mandatory vaccines for 5 year old children. An untested and unproven vaccine that has limited efficacy being forcibly injected into children who aren’t at risk anyway.

Austria has apparently introduced a lockdown for anyone over the age of 12 who is unvaccinated. With Austria’s history, this is concerning.

We are definitely in a crisis and it seems only to be getting worse. Thankful for the places that are still pushing back even though I don’t live in one of them yet. Time still to plan I believe.